The Mask of the Red Death 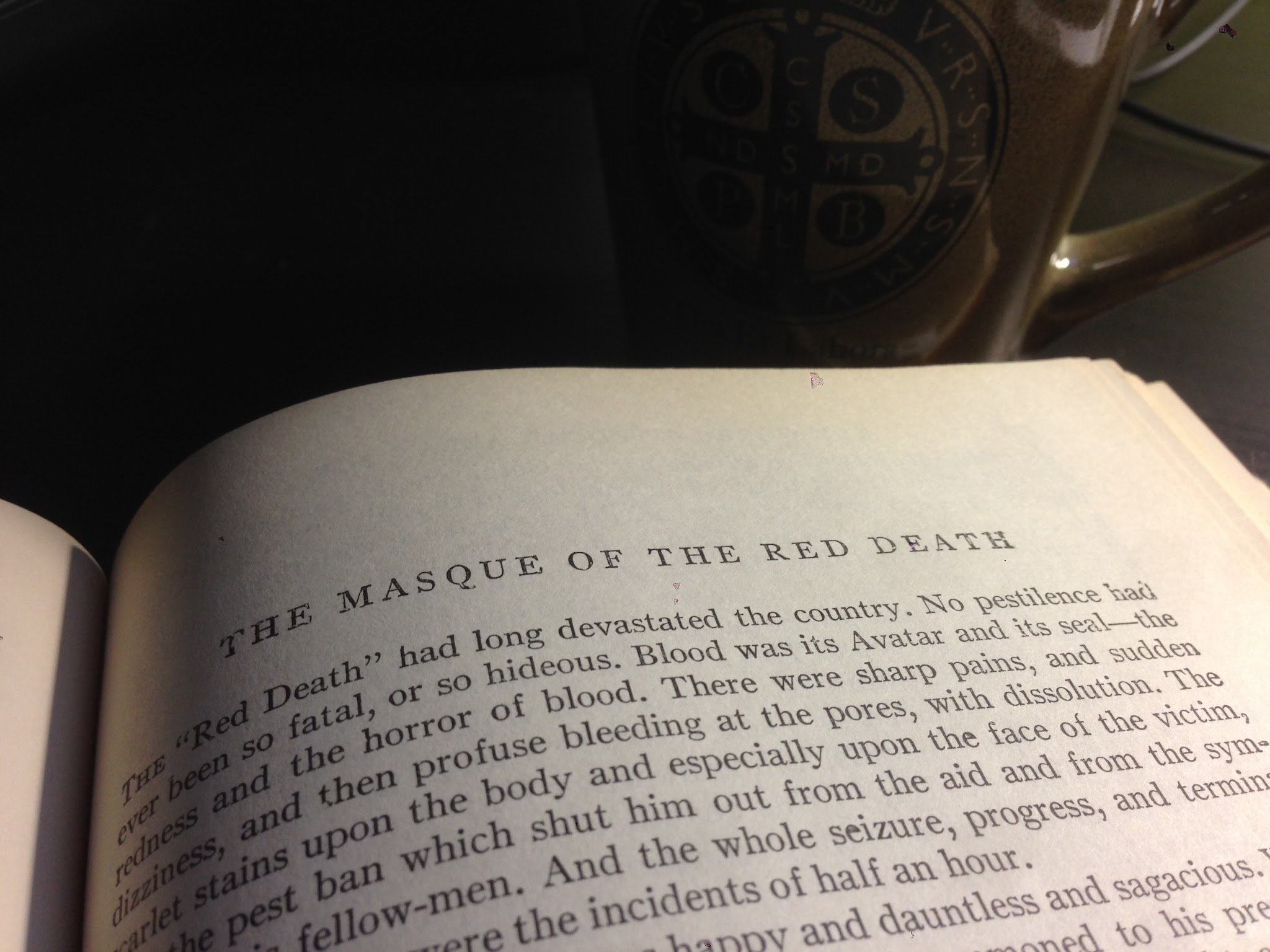 The ‘Red Death’ had long devastated the country. No pestilence had ever been so fatal, or so hideous. Blood was its Avatar and its seal — the redness and the horror of blood. There were sharp pains, and sudden dizziness, and then profuse bleeding at the pores, with dissolution.

With such precautions the courtiers might bid defiance to contagion. The external world could take care of itself.

All these and security were within. Without was the “Red Death.”

His vesture was dabbled in blood — and his broad brow, with all the features of the face, was besprinkled with the scarlet horror.

Edgar Allen Poe, “The Masque of the Red Death”

You can read the full story online.