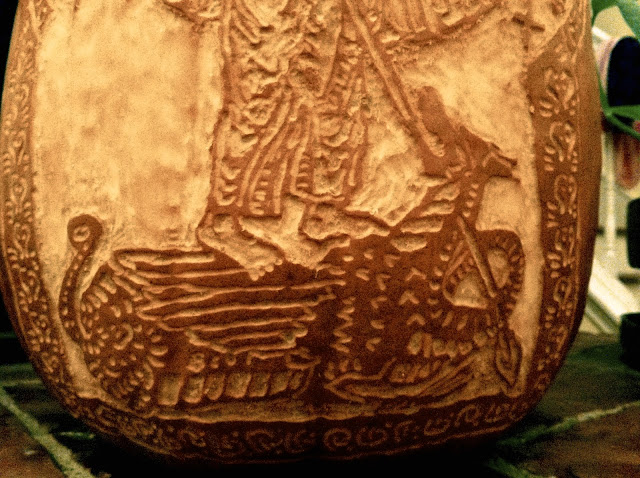 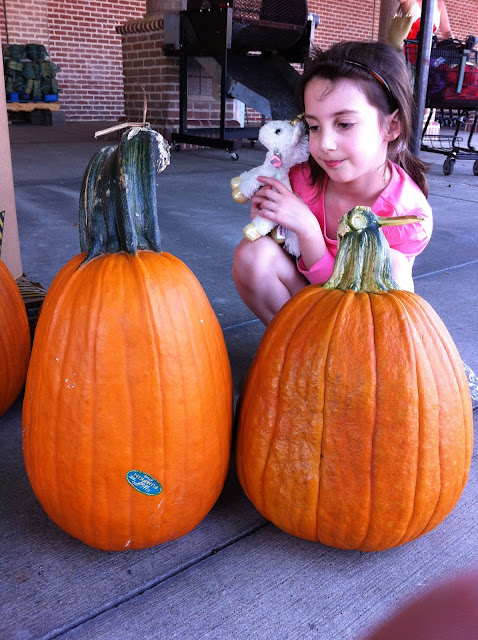 They were Wolf Pumpkins, a special variety I've only seen sold at Whole Foods. They were relatively cheap, too, at $12 per. I've since seen pumpkins of similar size and quality sold for $40-$70 per. 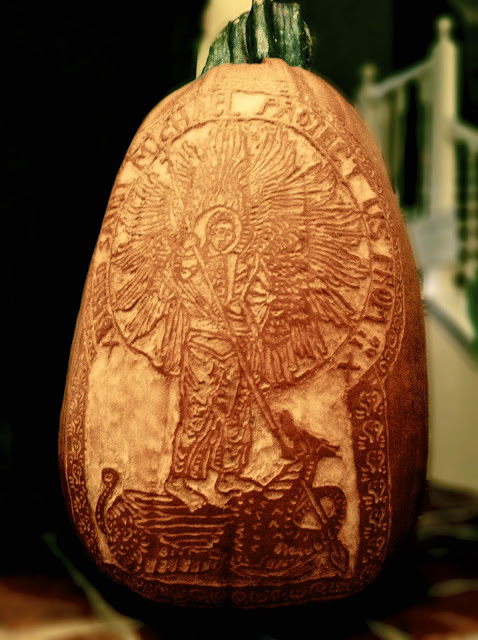 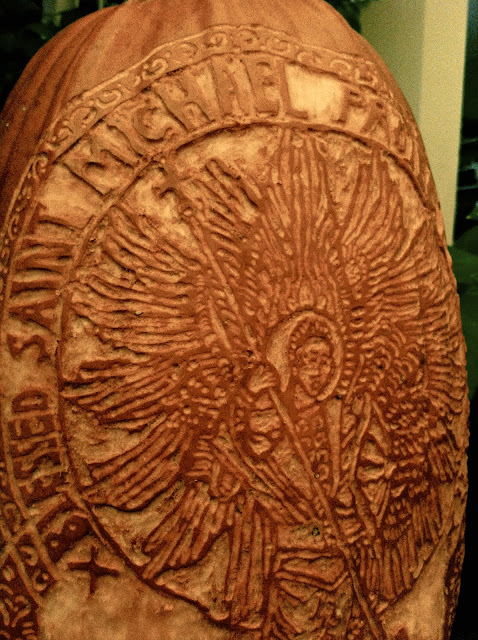 My original plan was just to carve a more elaborate, but still basically standard, jack o' lantern. By the end of September, though, I had come around to the idea of doing an off-season pumpkin carving in tribute to St. Michael, one of the name patrons of our (then) unborn son. I wanted to try a new technique, pumpkin etching, that I hadn't played around with much up to that point. I also wanted to use my new pumpkin carving hand tool I just bought at the hardware store. 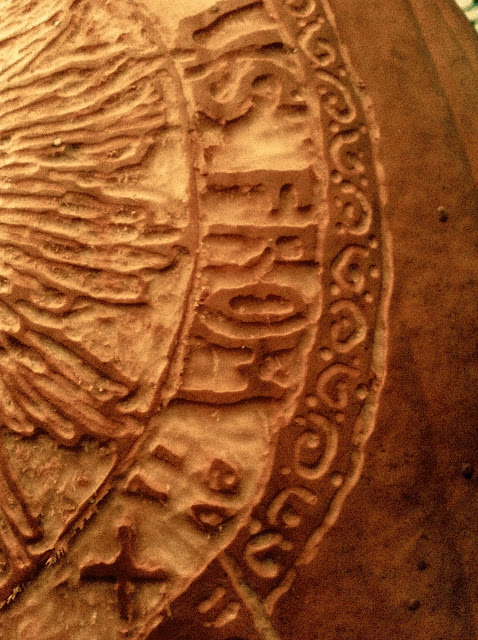 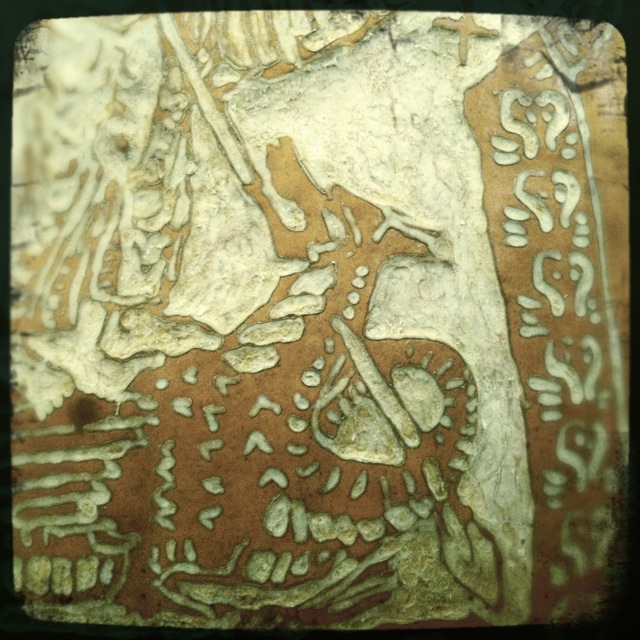 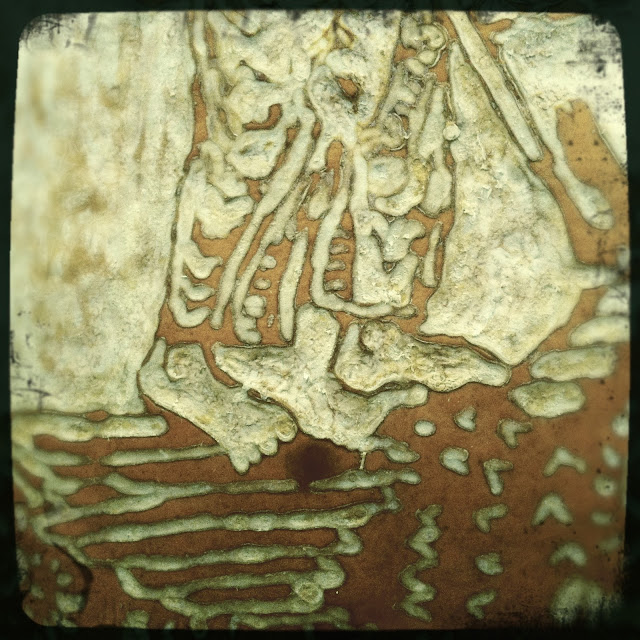 It took me four hours to complete, which I did at a single stretch on a Friday night, just in time to complete it for the feast. Six times I came close to stopping and giving up in despair. The end result showed many signs of rush, but most noticeable was the fact the I didn't pre-measure the lettering across the top banner, which was supposed to read "SAINT MICHAEL PROTECT US FROM EVIL. By the end I had run out of room, so I had to write the word "EVIL" in very small print, crammed in right at the end. The result was barely legible. 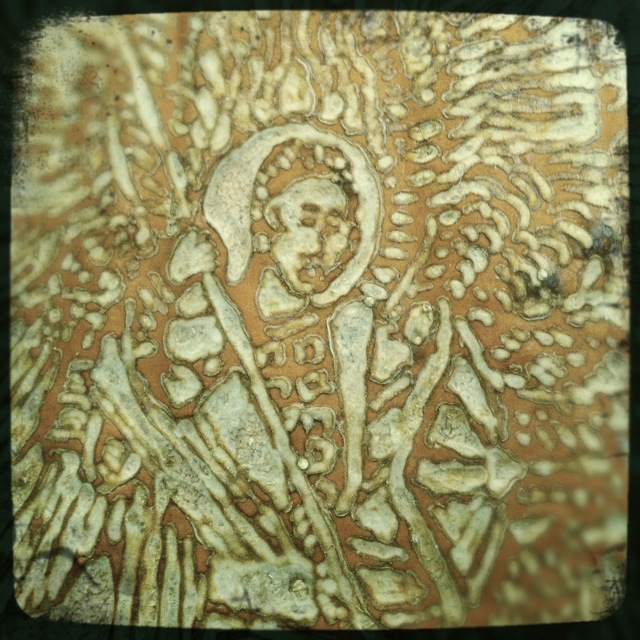 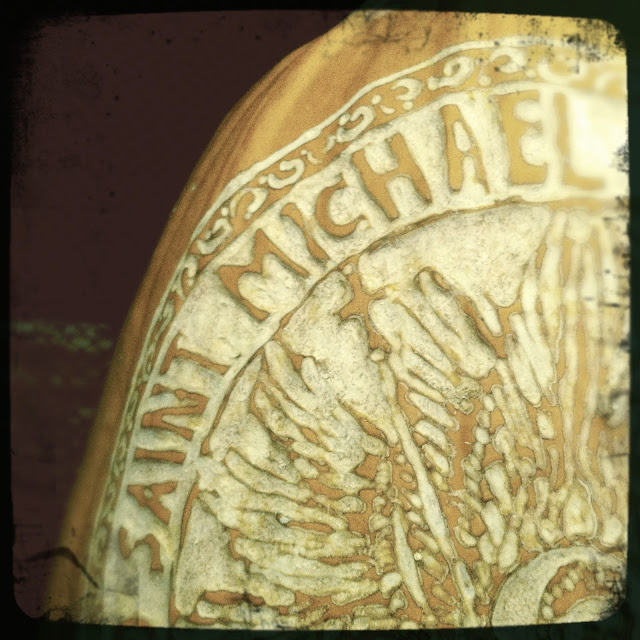 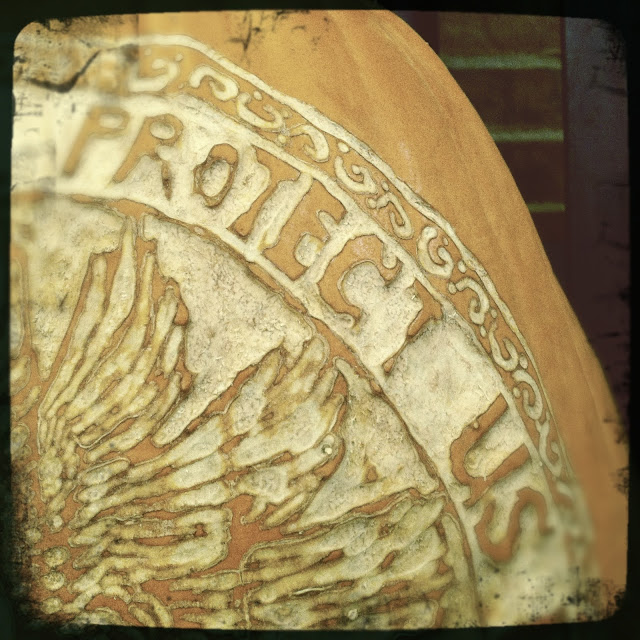 I had no idea how long the etching would last. A carved pumpkin will sometimes begin to rot after only a few days, and even intact pumpkins will begin to rot after a month or so. The St. Michael was still in perfect condition by Halloween, so it sat out on the doorstep to greet our trick or treaters. I don't think anybody noticed it, though. 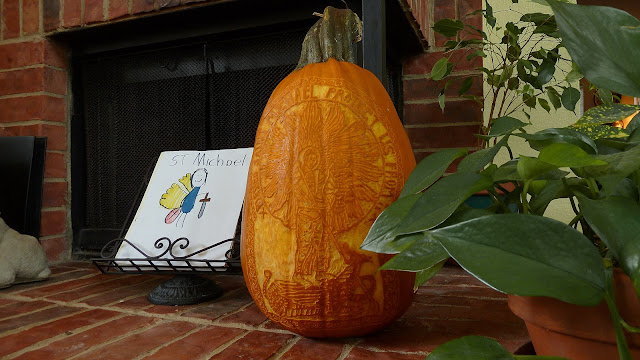 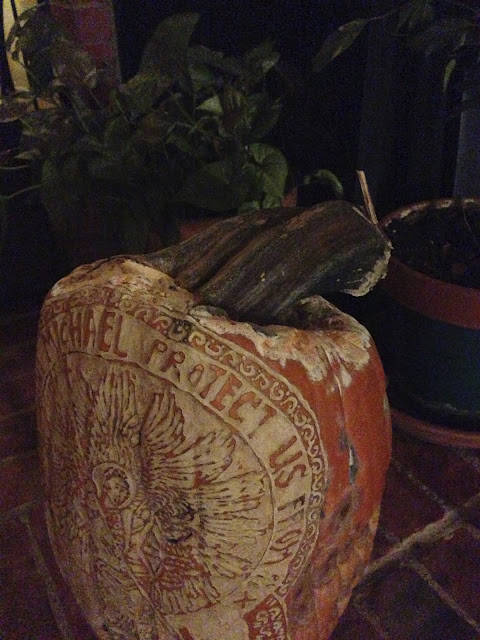 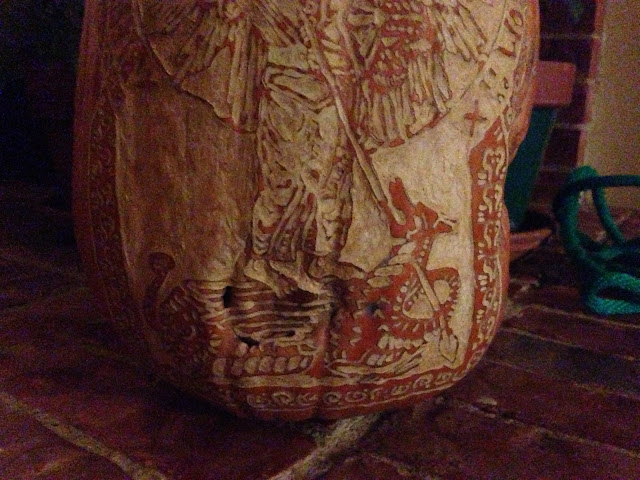 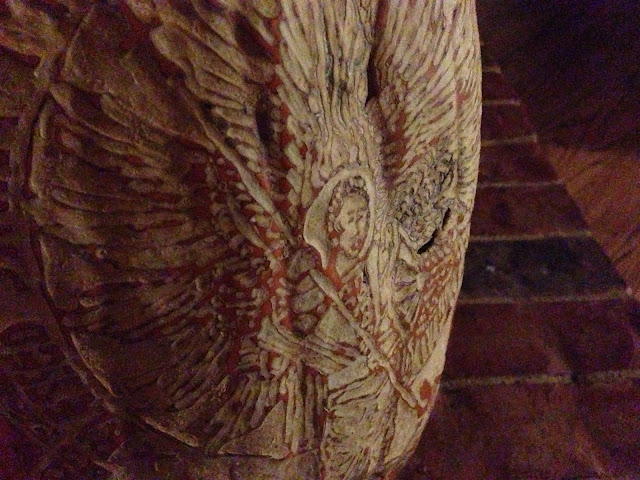 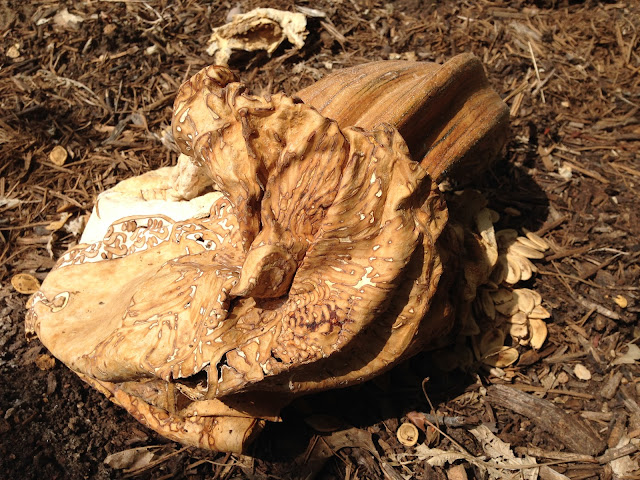 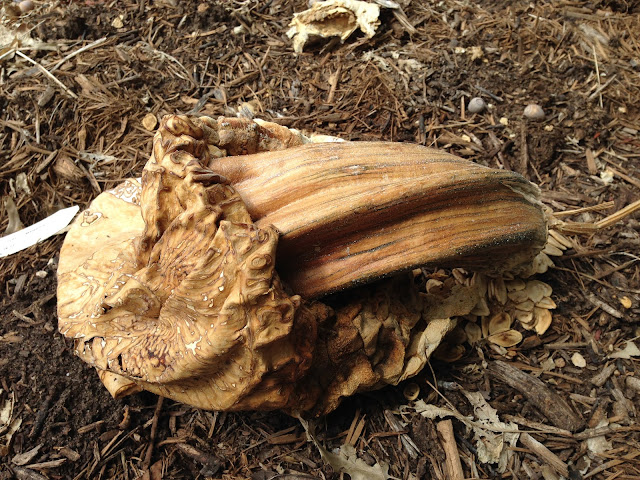 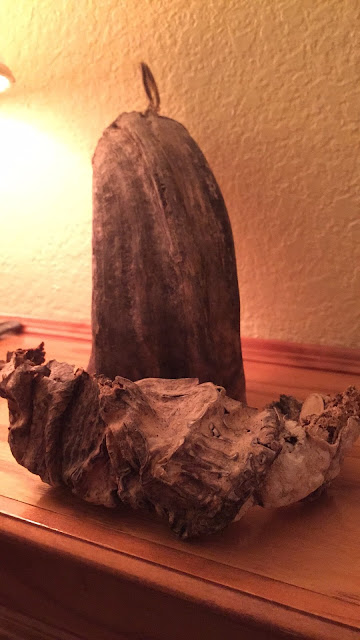 The next year pumpkins did sprout in the garden, as you might imagine, but it was never a very good garden anyway, and the Texas heat killed the plants. By this year I had planted firewheels and there were no more signs of any volunteer pumpkin sprouts. I haven't seen the Wolf Pumpkins since then until this very September, and I wonder what I should do with them this time?