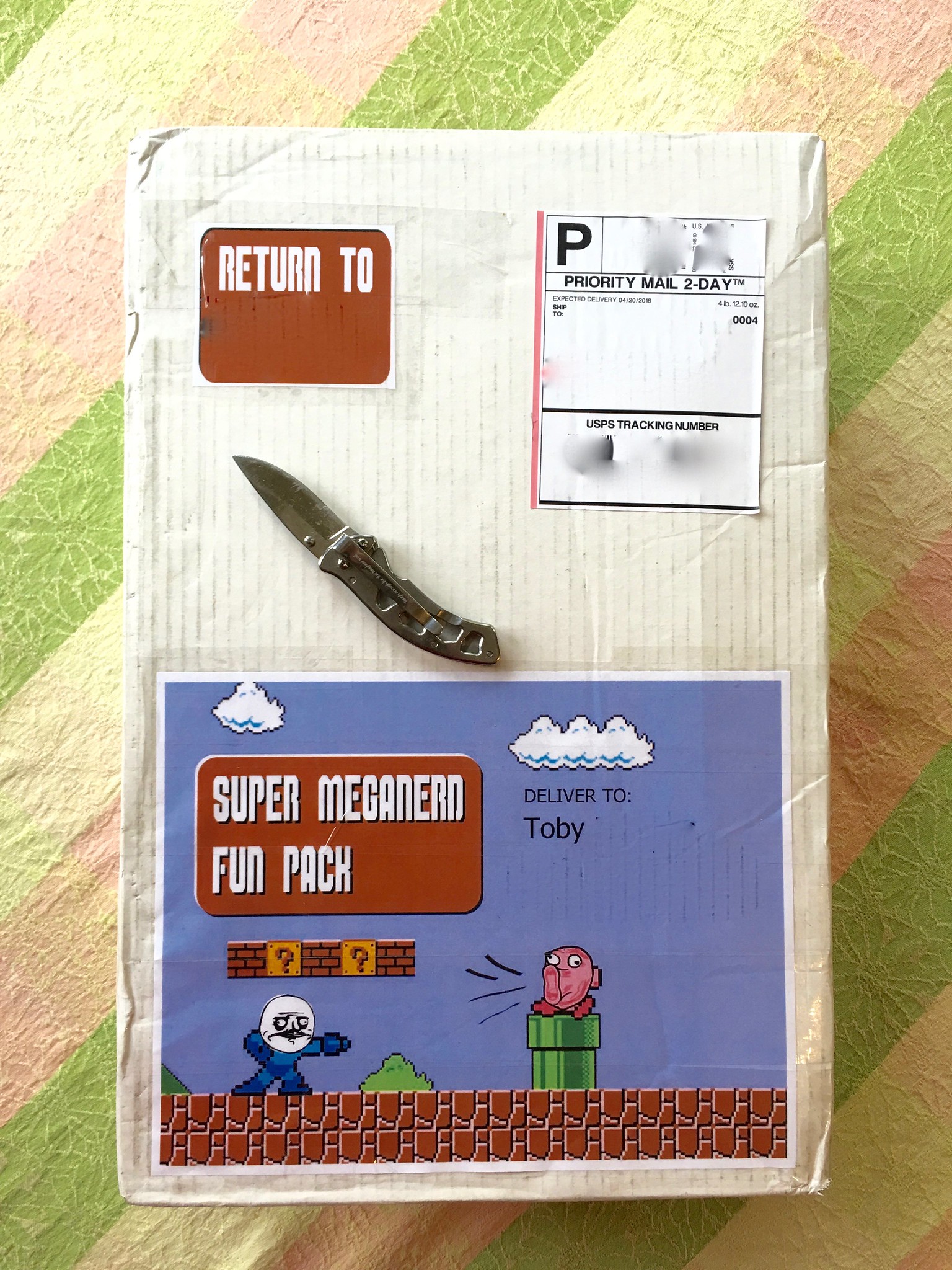 My cousin Carl, as previously featured on Tobyblog, sent this to me for my birthday. Get a load. It’s almost like he knows me. 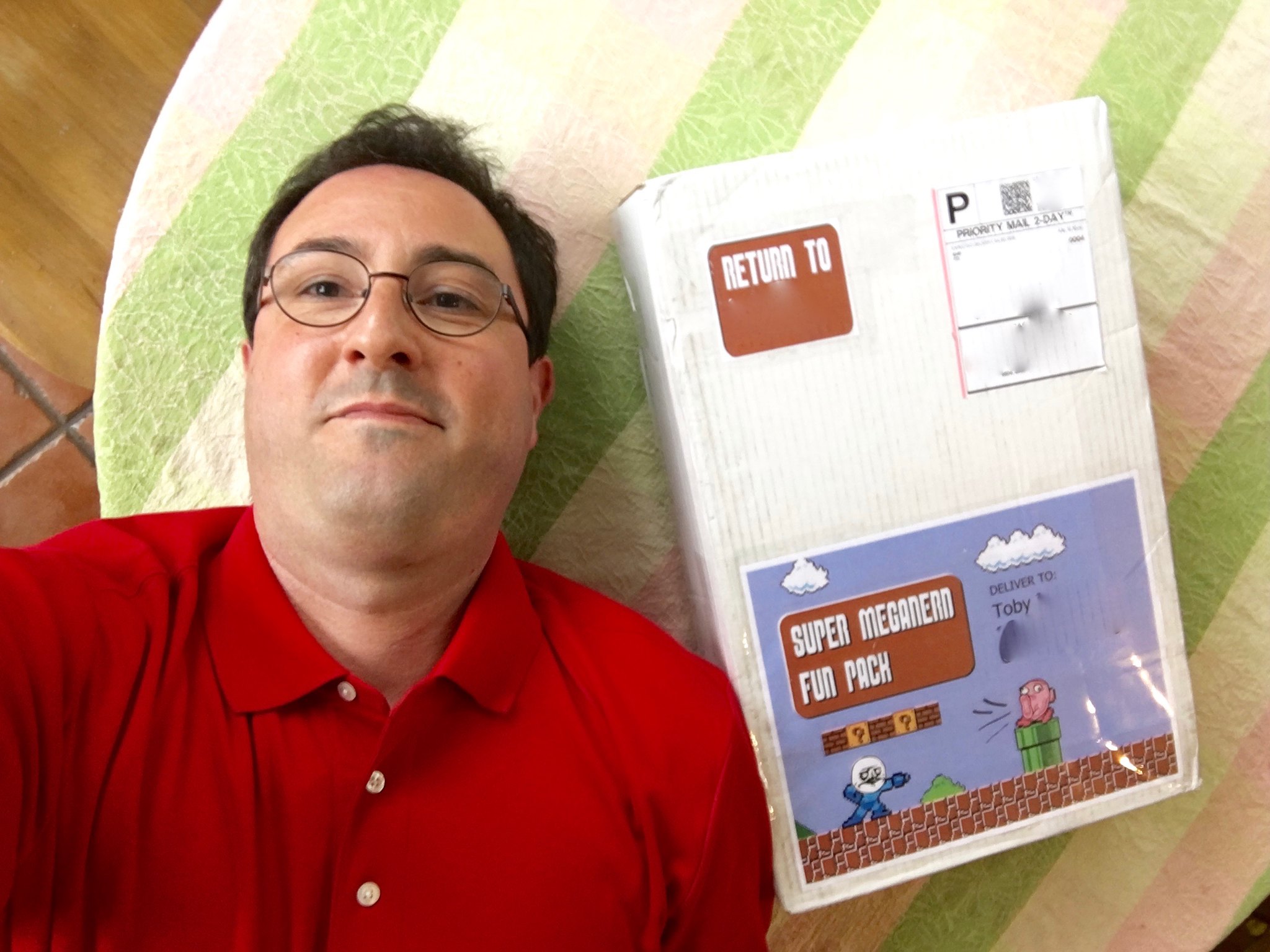 I suppose he’d heard me mention the excellent Dino Drac Fun Packs before, about which I wrote a couple of unboxing blogs. He might also have heard me talk about my own geocaching tribute to same, the Super Mega Fun Pack.

You can see how large the box is. Couldn’t wait to rip this baby open and revel in all the goodies! Did I mention I was eight years old? At heart, baby, at heart. 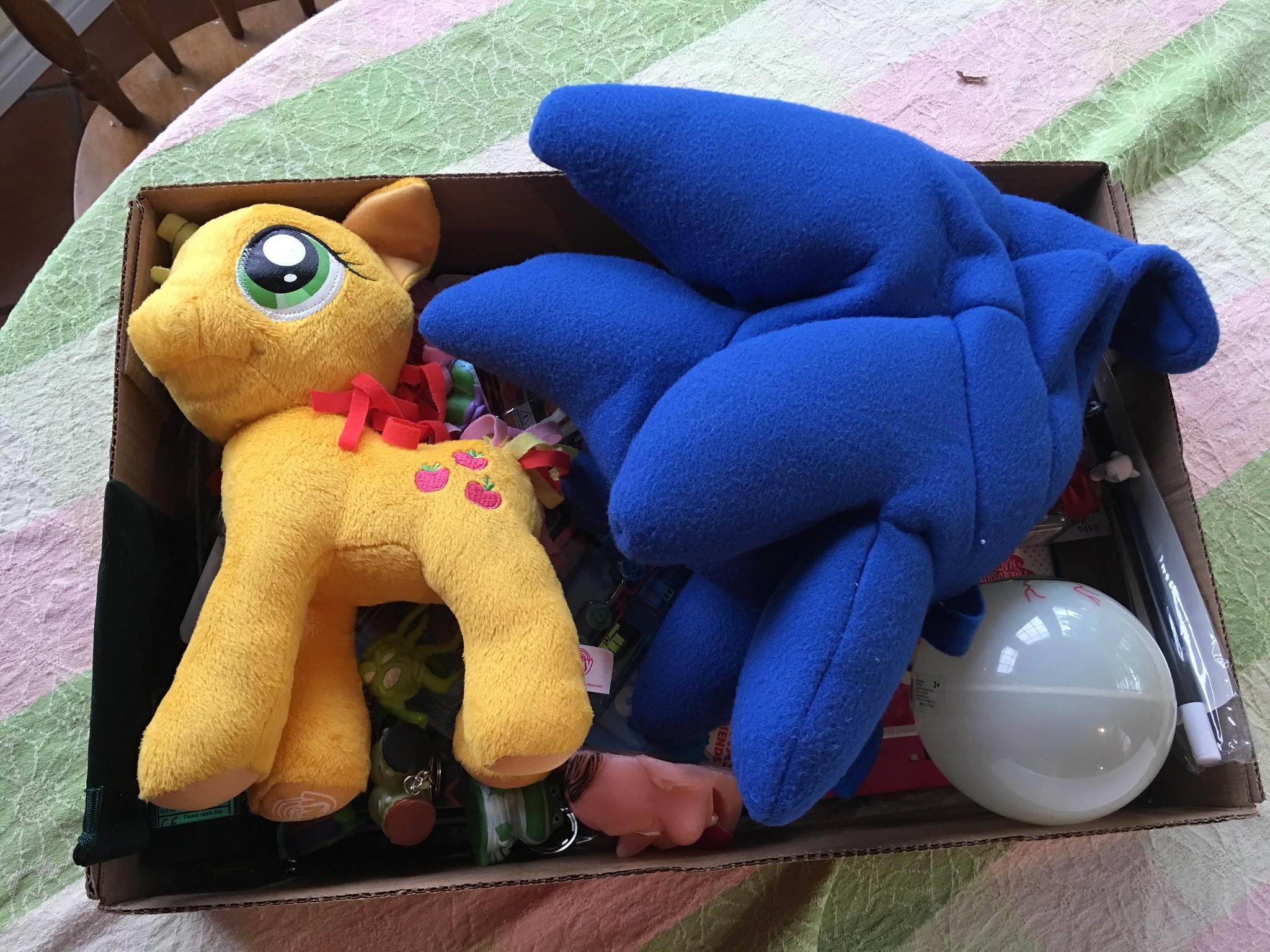 I have to admit I was taken aback as soon as I pulled off the lid. Because it was obvious that this was meant for more than just myself, but was a true family gift. What an unbelievable and thoughtful surprise. Now I’d get to share the goodness.

Right off we had two monumental presents for ThePonyOwner and VCubeSolver. 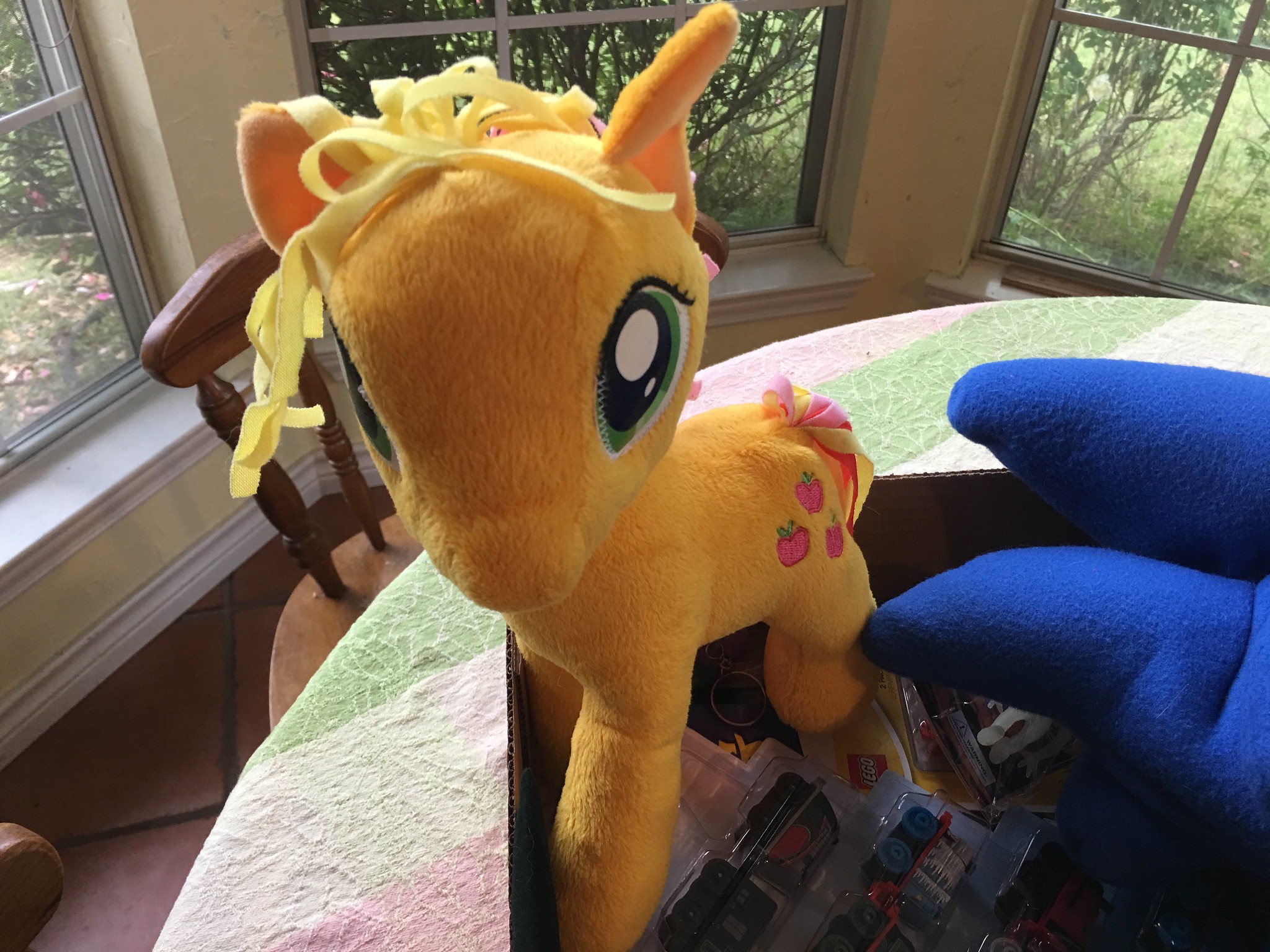 Anything MLP related was destined to be a hit, but he managed somehow to score things she doesn’t already have. No small feat! 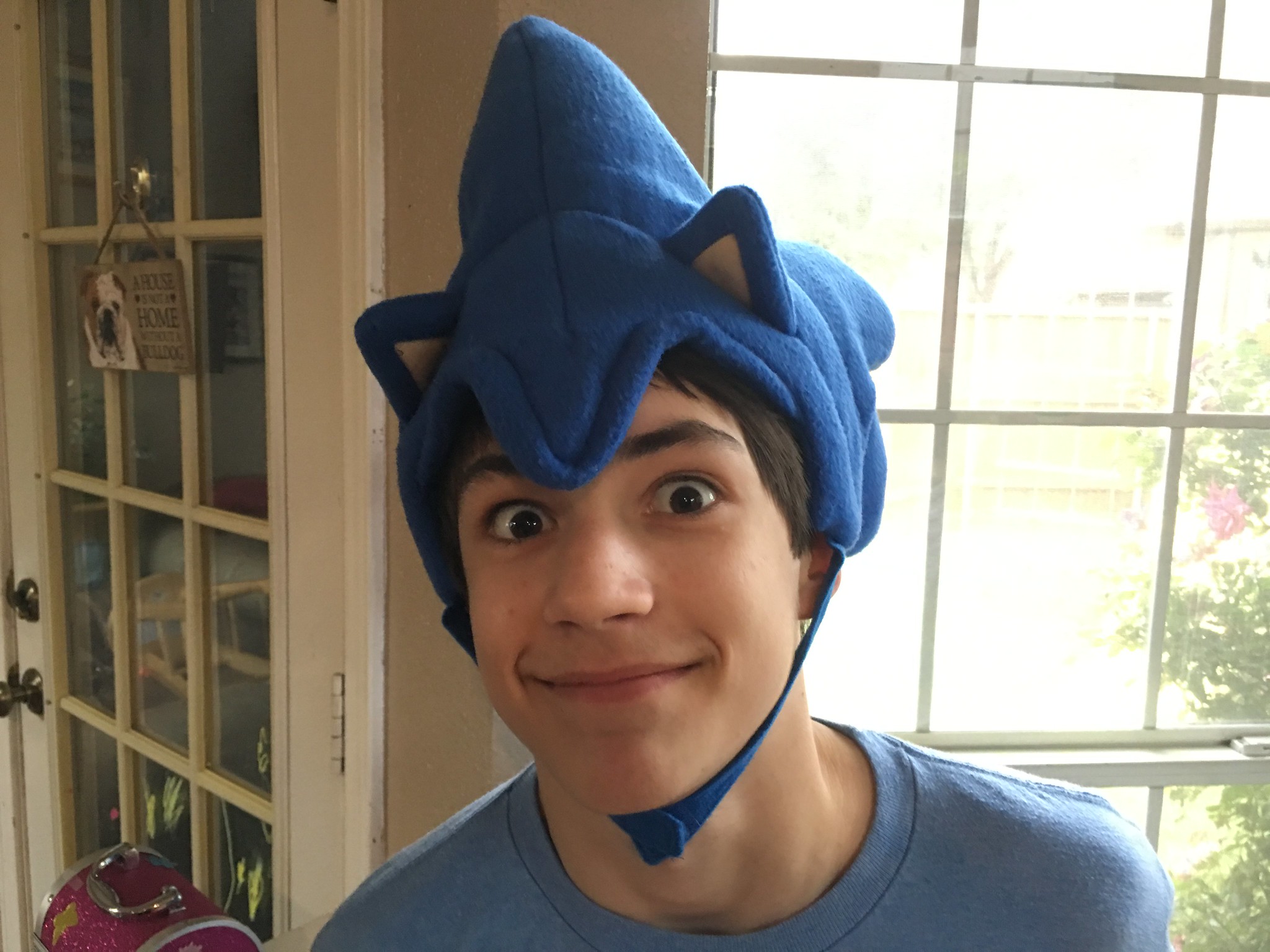 TheVCubeSolver informed me that this wasn’t just any Sonic headpiece, but an officially licensed Sega product released as a tie-in with Sonic Colors, one his favorites in the franchise! It’s loads better in quality and material than the headpiece that came with the Halloween costume he wore last year.

Way to knock it out of the park, Carl! 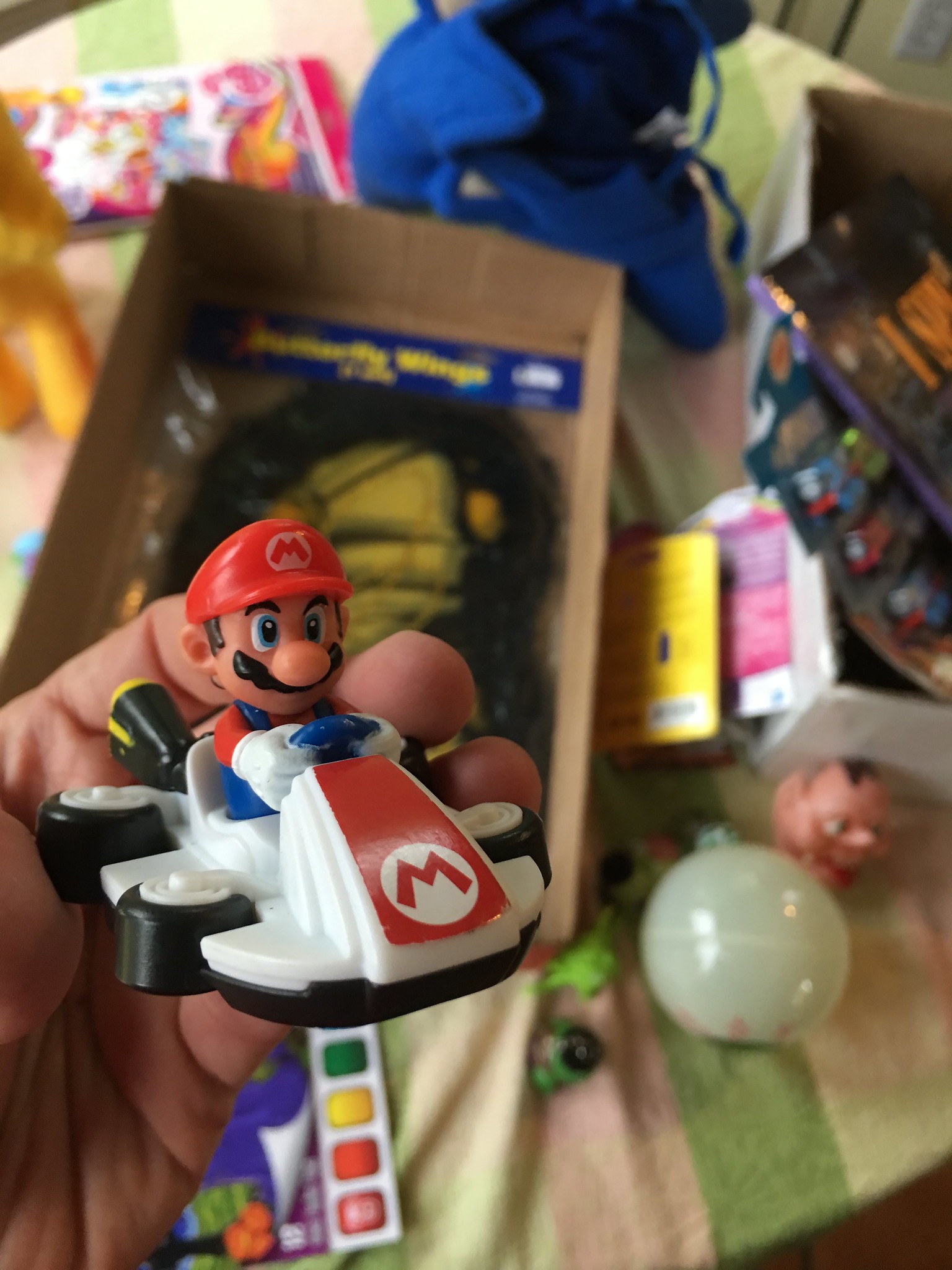 And yet more game merchandise included — this one from Super Mario Kart Wii U. I believe this is a McDonald’s happy meal toy, and we also have Donkey Kong. Woohoo! 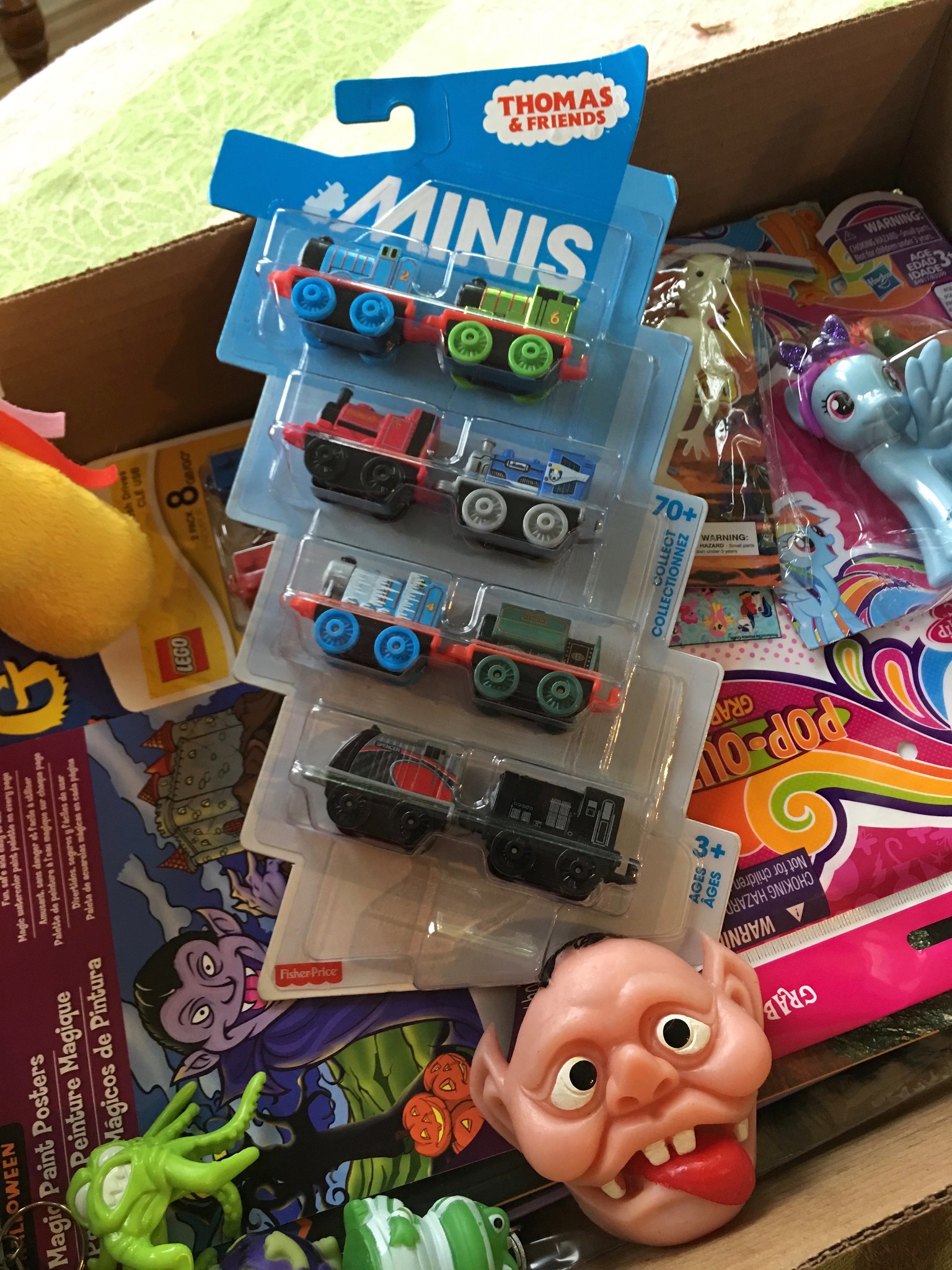 Thomas minis. Now that hit the sweet spot. Anthony went nuts over these. So much so that for a couple of days he took a break from kaiju shows and reverted to his old programming schedule of train cartoons and YouTube toy channels as he played along. Score! 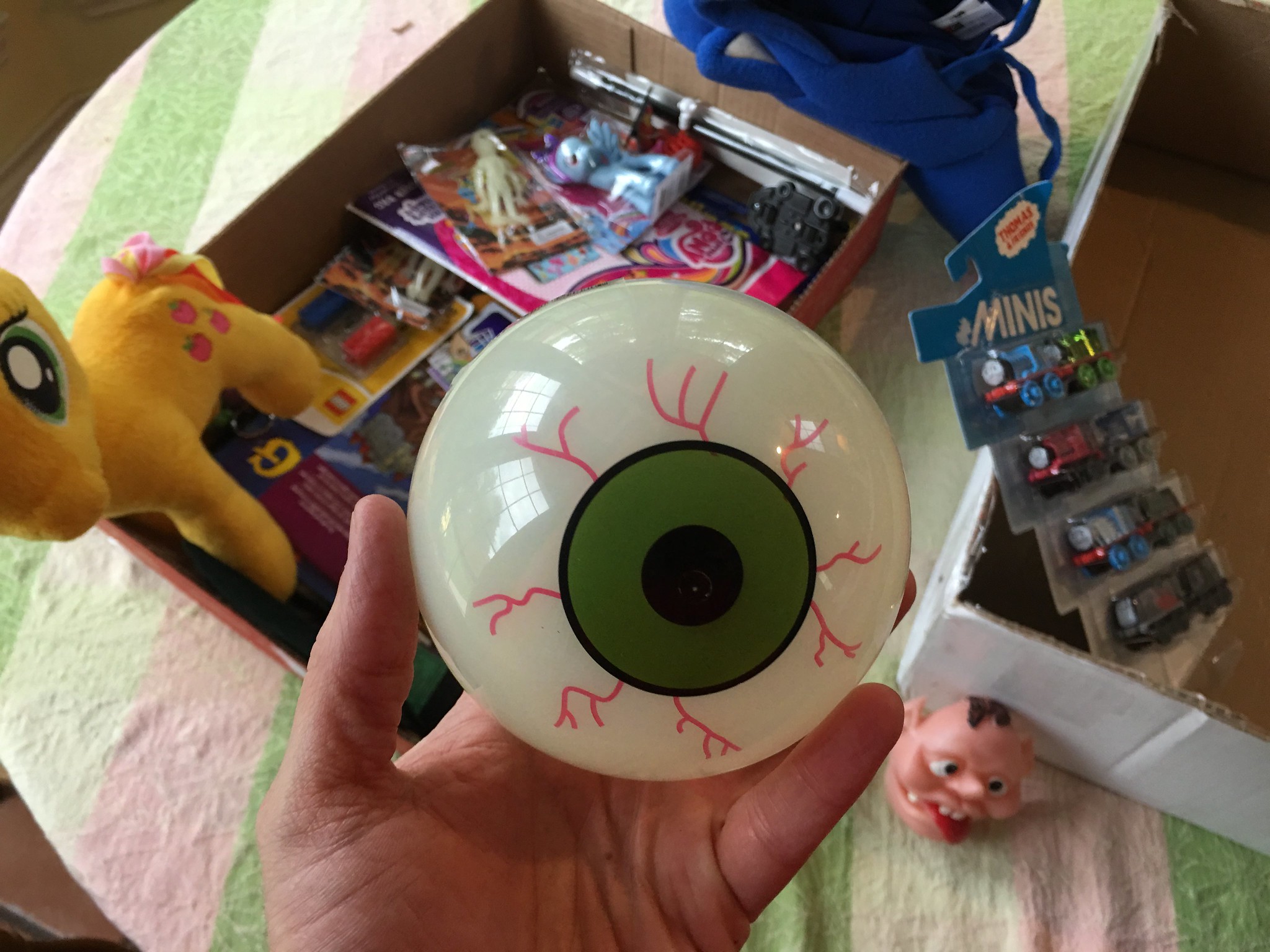 Included were a host of little monster and Halloween related keychain toys that I definitely will turn into geocaching trackables. Man, Carl, you were really firing on all cylinders with this. 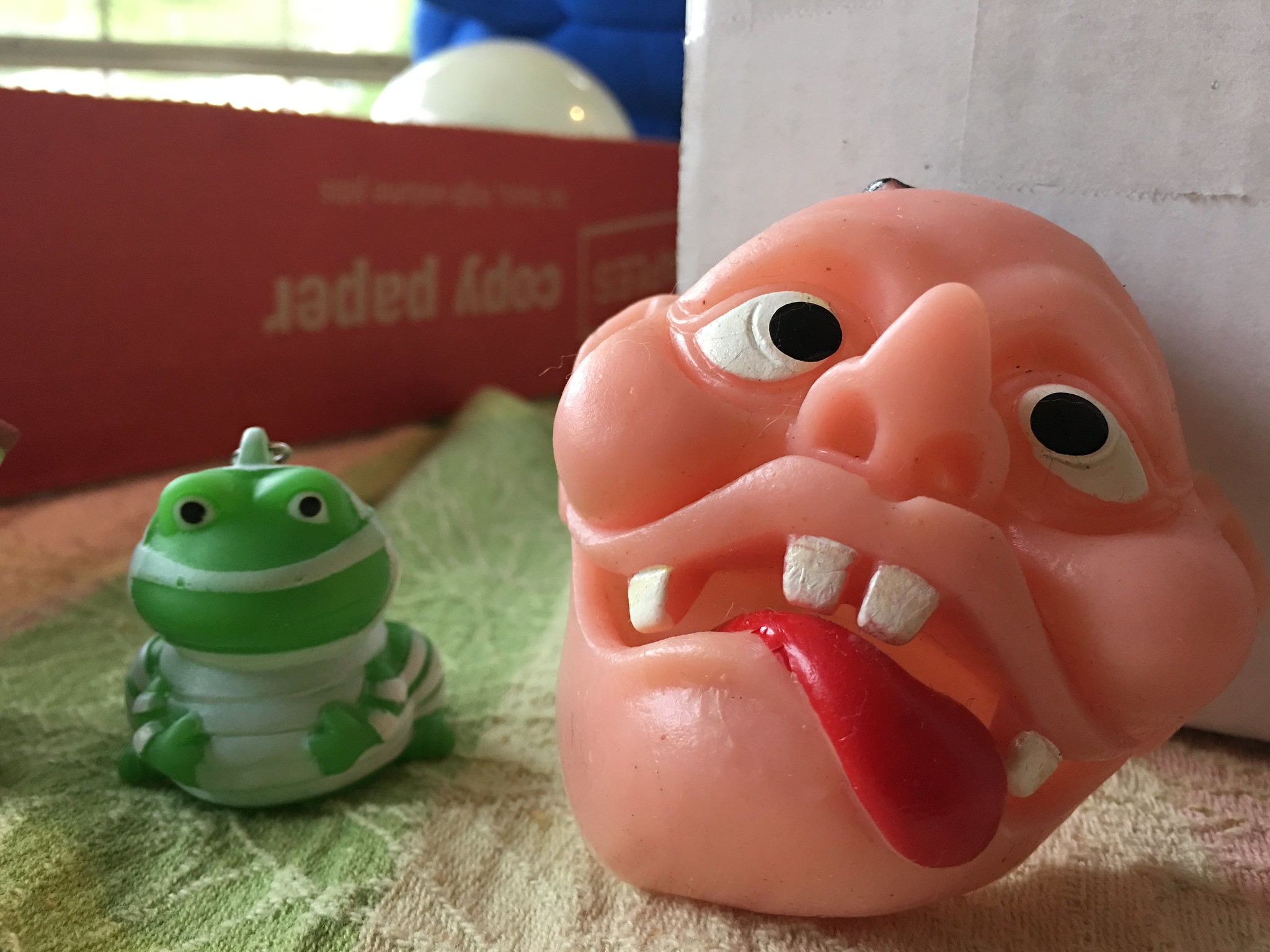 This freaky little finger puppet reminded me of Bat Boy of The Weekly World News fame. 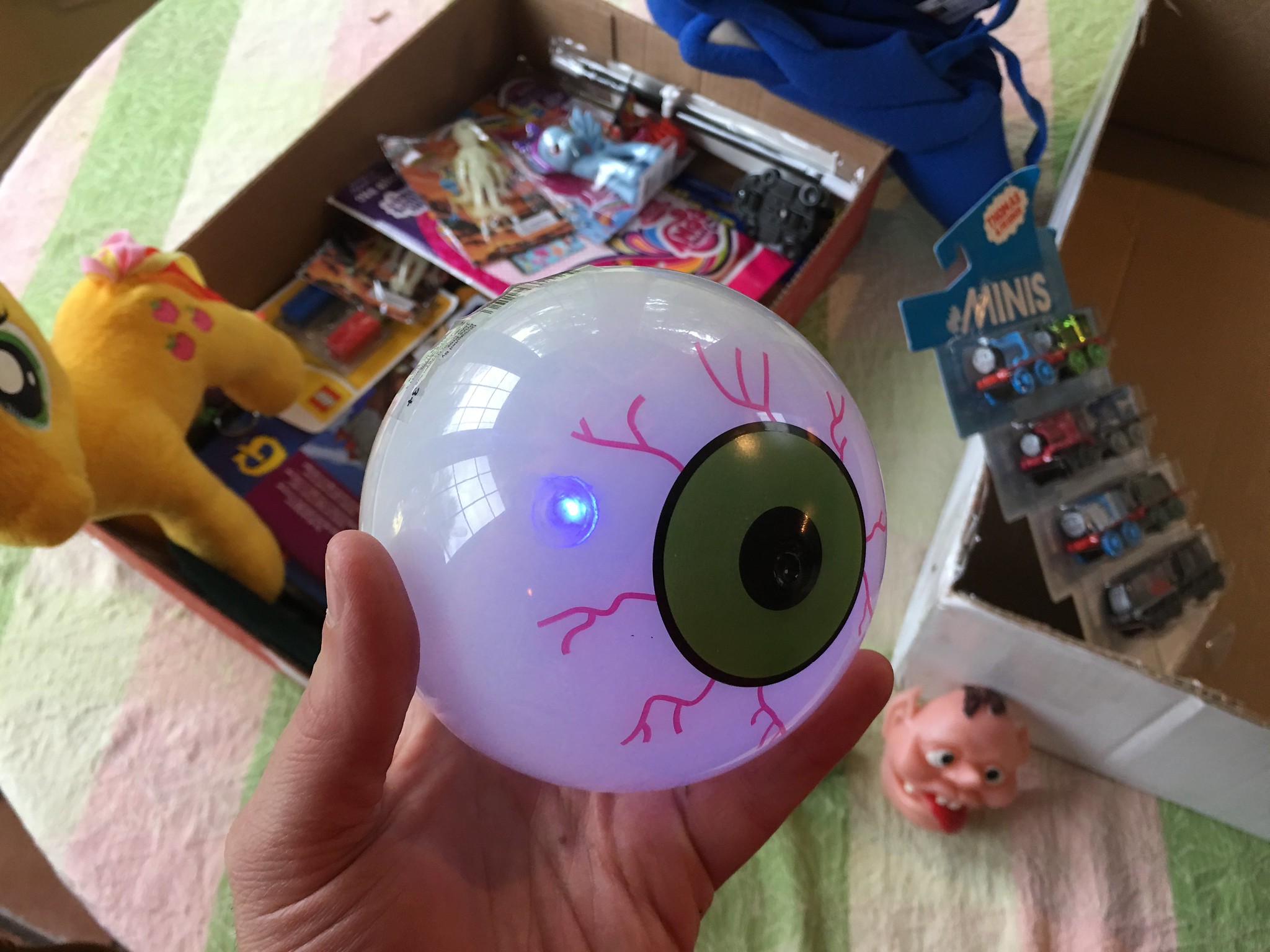 After letting Anthony get his fill of playing with the glowing eye, I surreptitiously coopted this thing for my bookshelf. Yes, I actually did that. 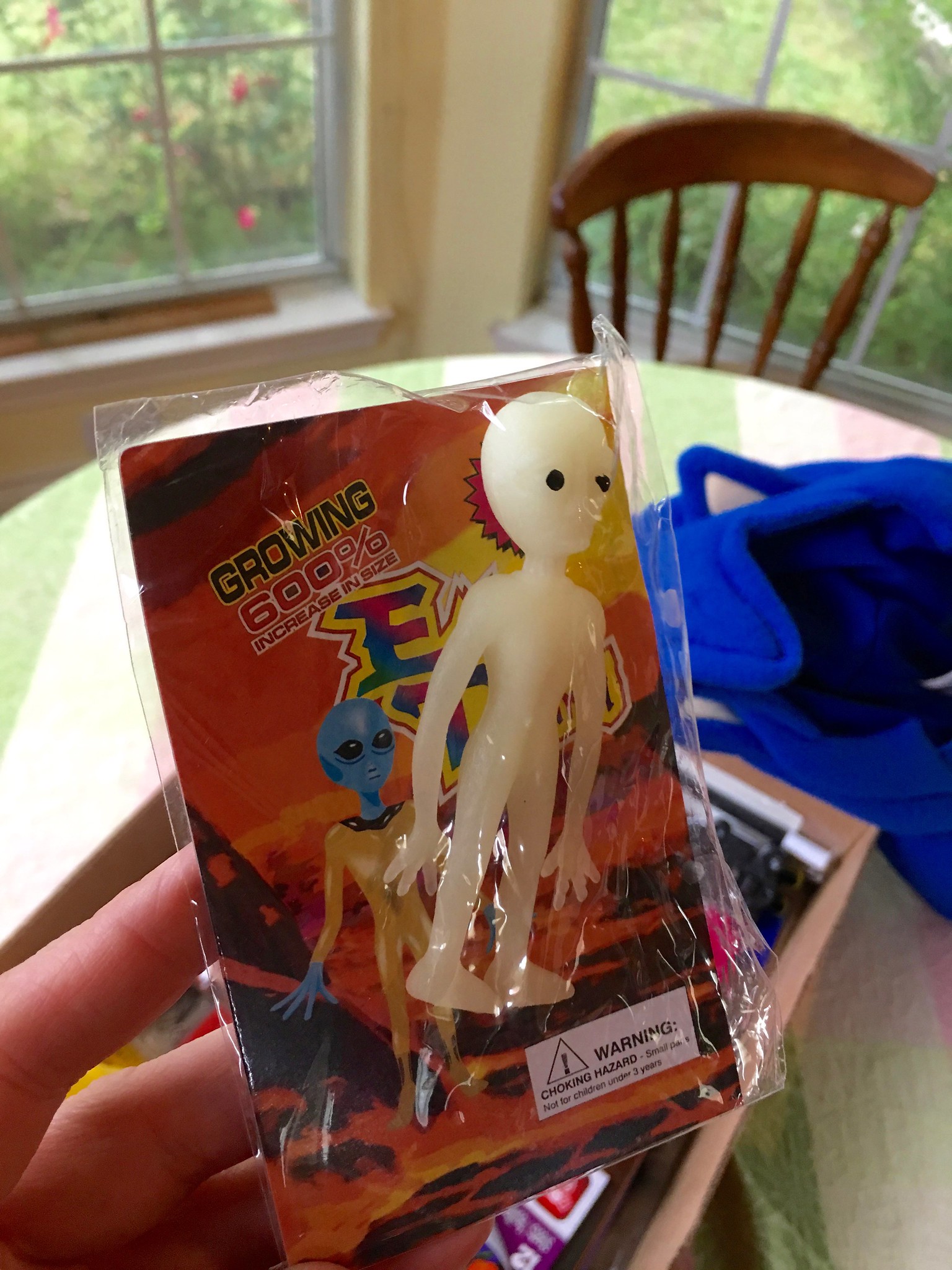 In a bizarre coincidence, ThePonyOwner had just bought me some grow skeletons as a little birthday present, and we were in the process of growing those guys out when this showed up! Nice timing sync, there. Skeletons, meet your new pal. 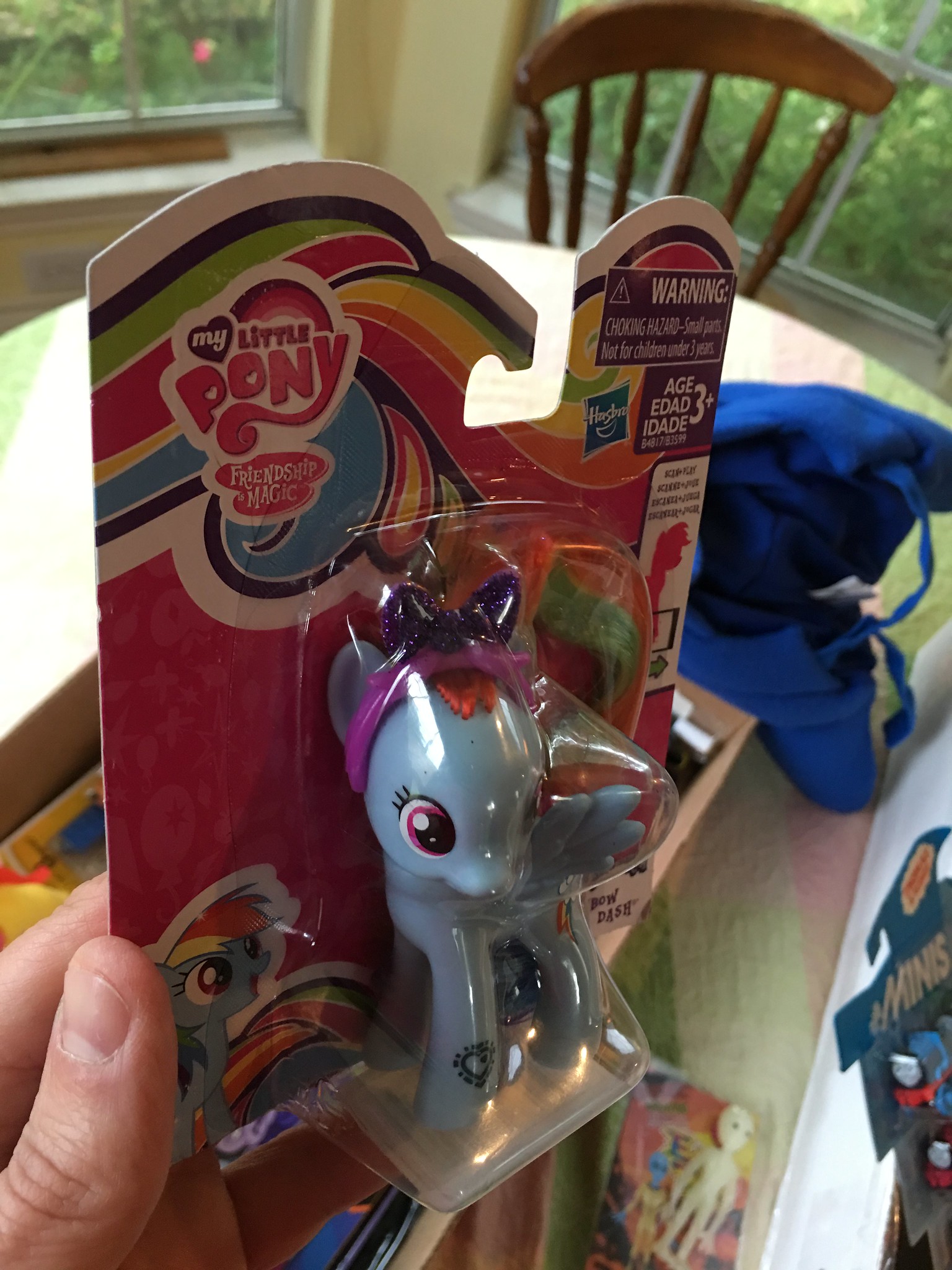 Of course she has Rainbow Dash, but not the Scan-and-Play version. Nicely done! 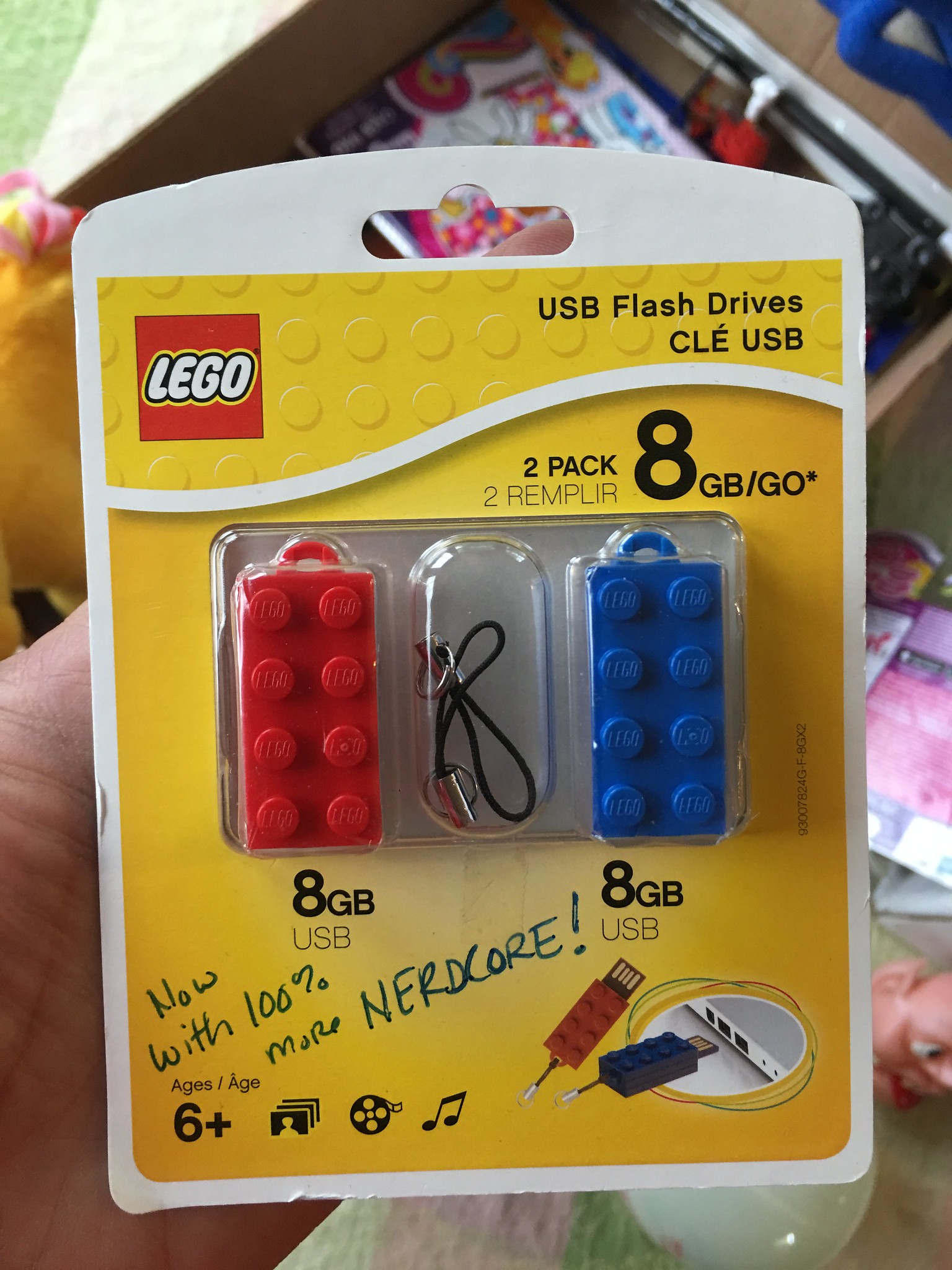 (UPDATE: I discovered months later that he’d pre-loaded both thumb drives with nerdcore MP3s. Who does that? Who goes to those lengths to be charitable and generous and all-around awesome? Carl, that’s who.) 😢 <– I’m touched 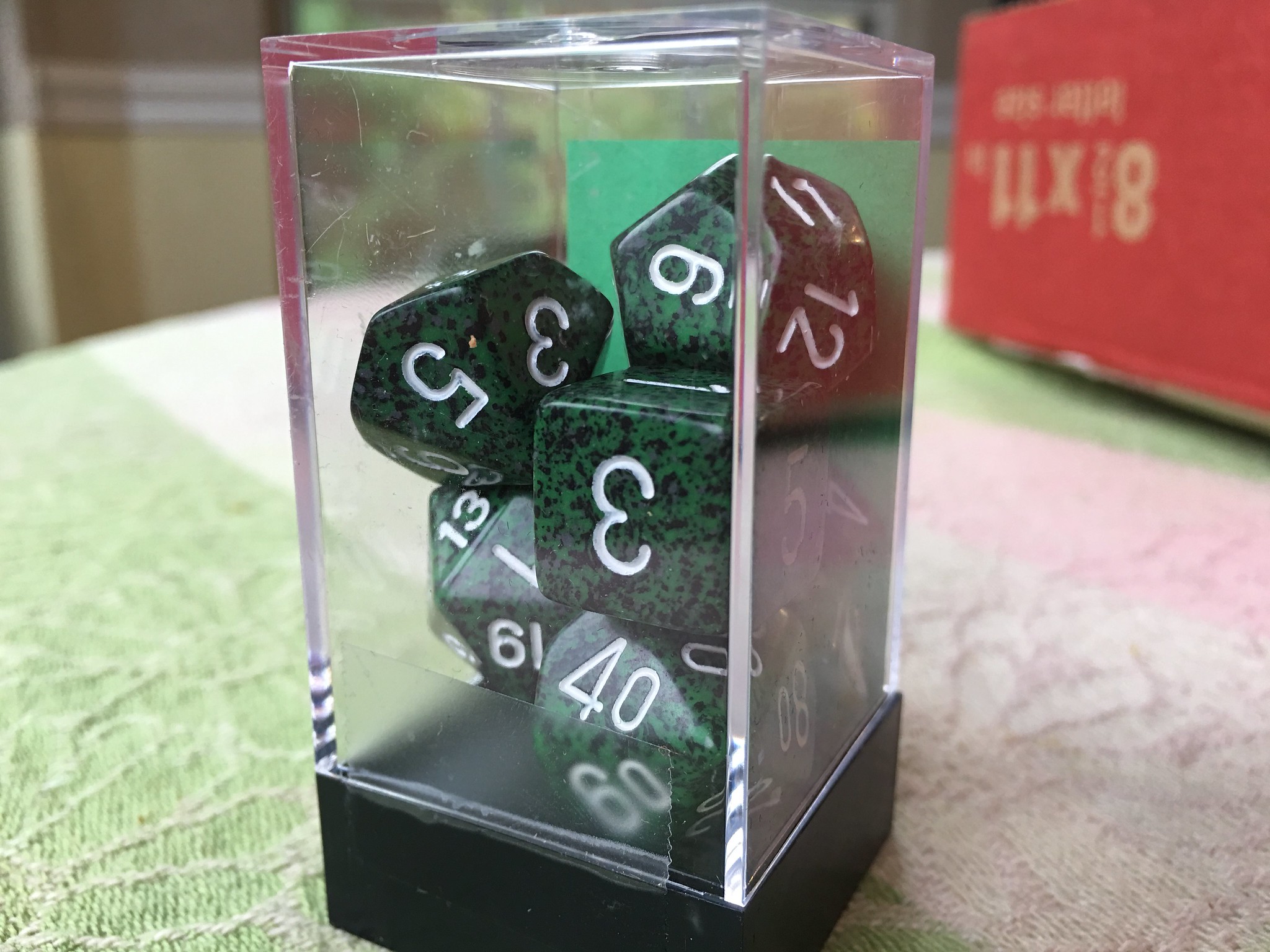 I don’t role play, but I do have need for tetrahedral dice on occasion. Besides, what self-respecting nerd doesn’t have his own collection of assorted dice? No nerds, that’s who. 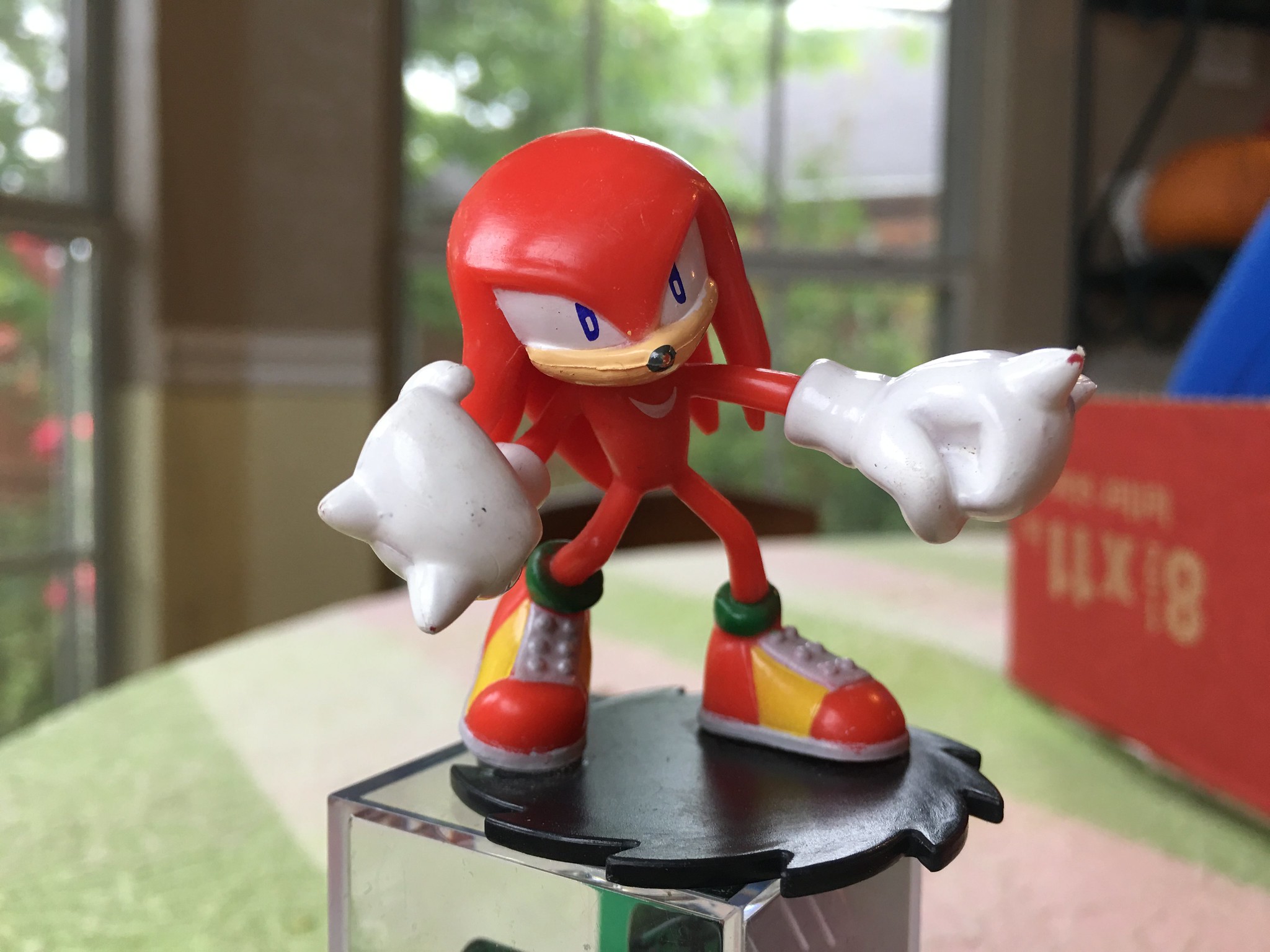 Another gift for TheVCubeSolver. He decided at some point last year that it was going to be “The Year of Sonic”, and apparently he never got word that the year ended. This was another great, on target gift, because Knuckles is his favorite Sonic character, maybe aside from the members of Team Chaotix. 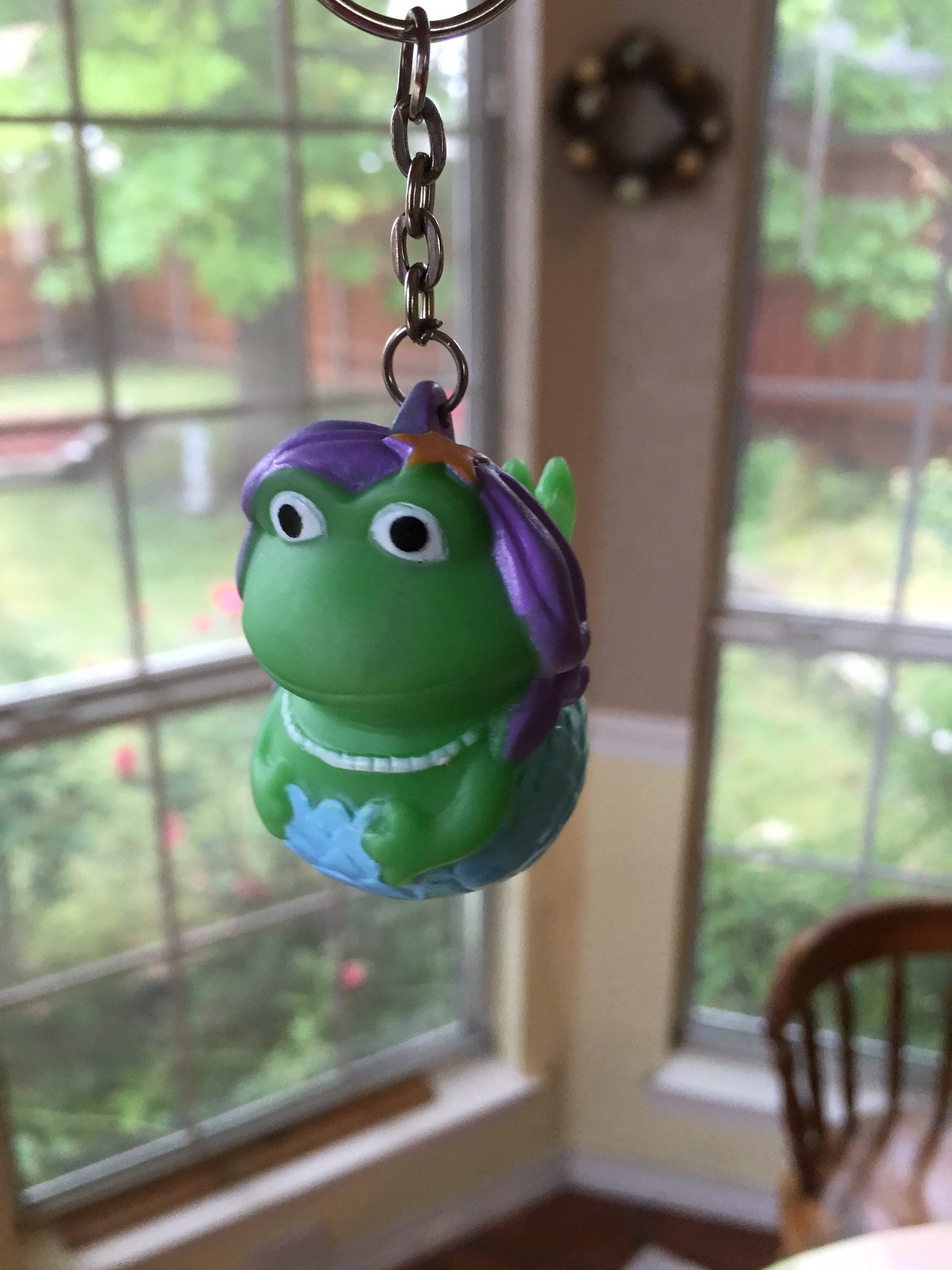 Now where should I send this little lady? To islands across the oceans? Or better yet, to water caches on the sea. 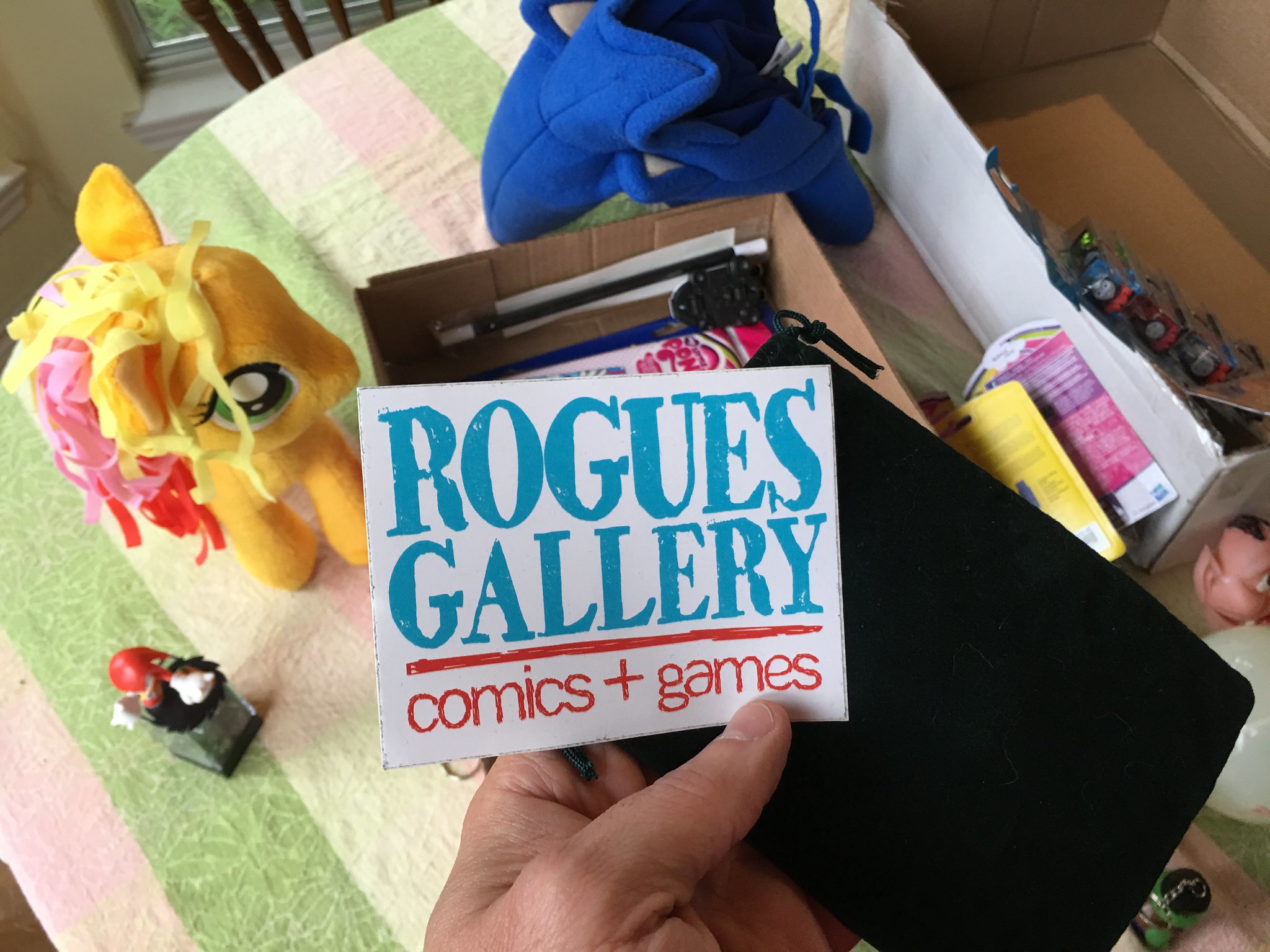 The Rogue’s Gallery is a comic shop in Georgetown where Carl apparently bought a lot if not most of this stuff. Much thanks to him and them. I hope to visit someday. 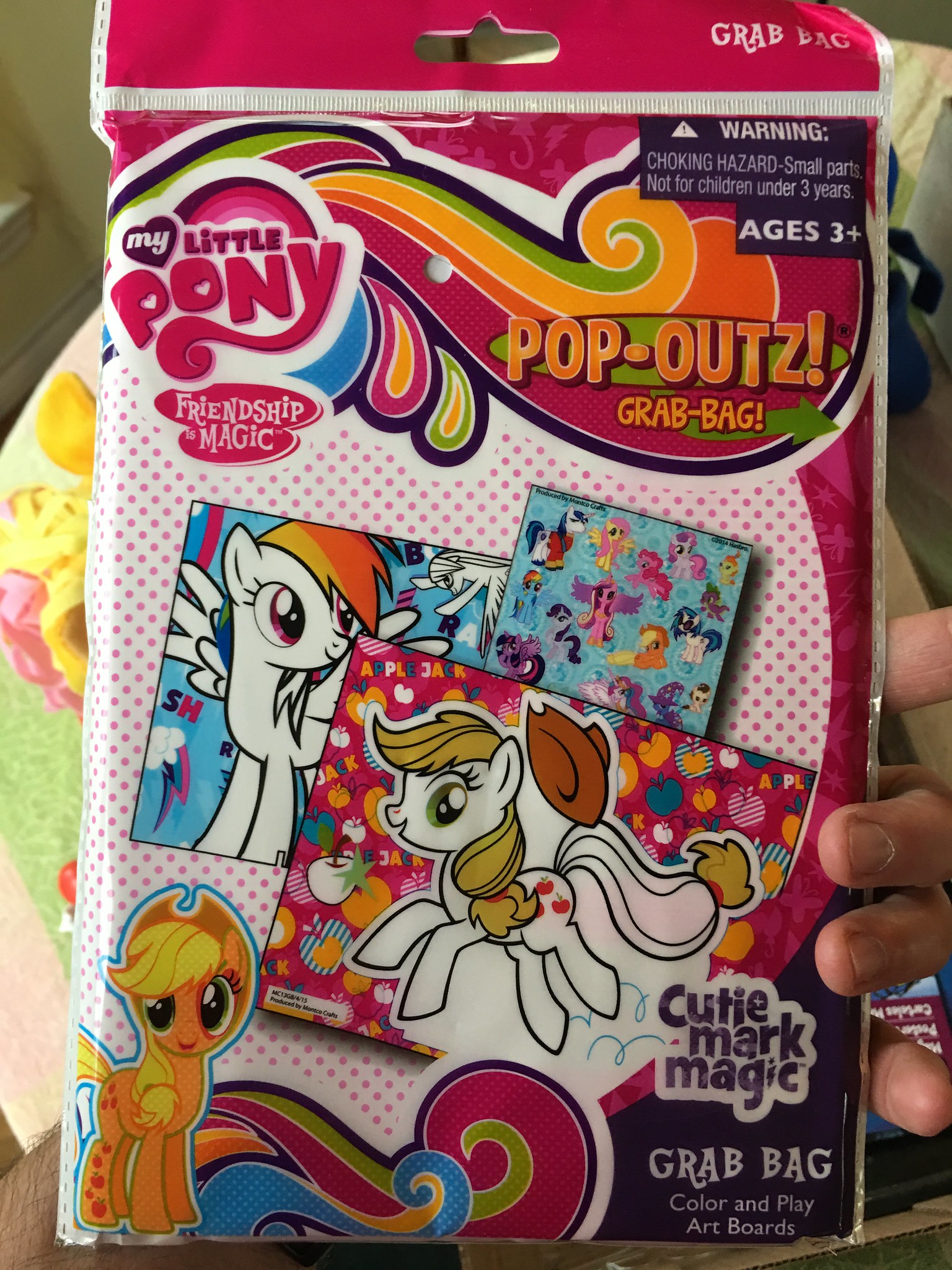 You should have seen ThePonyOwner’s eyes light up at this. It doesn’t take much sometimes. A little surprise from a friend goes a long way. 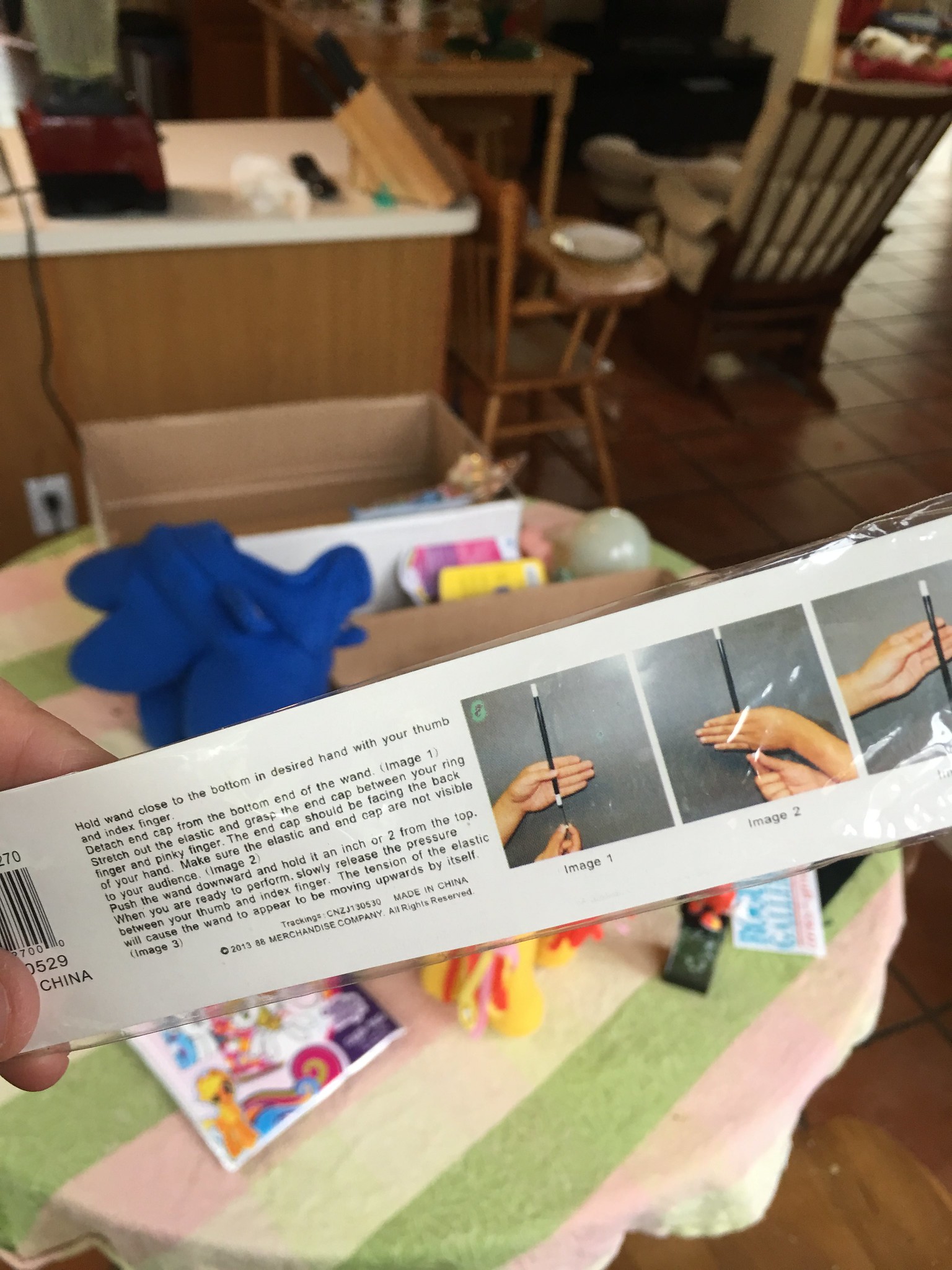 Now this… this thing almost brought tears to my eyes. But I so rarely cry these days. When I was younger I used to spend most weekends over at Carl’s house. He was always into magic, and one weekend he promised to show me a new trick he had learned — magical pancakes. The batter was hidden inside a hollow wand, and with a flourish was poured out onto a heated skillet to the amazement of the hungry audience. I may have been the only person for whom he performed that particular illusion, I’m not sure. At any rate, it made quite an impression. We must have been fairly young. I remember that being allowed to cook for ourselves was something new at the time, and to combine that privilege with doing magic was, well, magic. To this day I still count those as the best pancakes I ever ate. 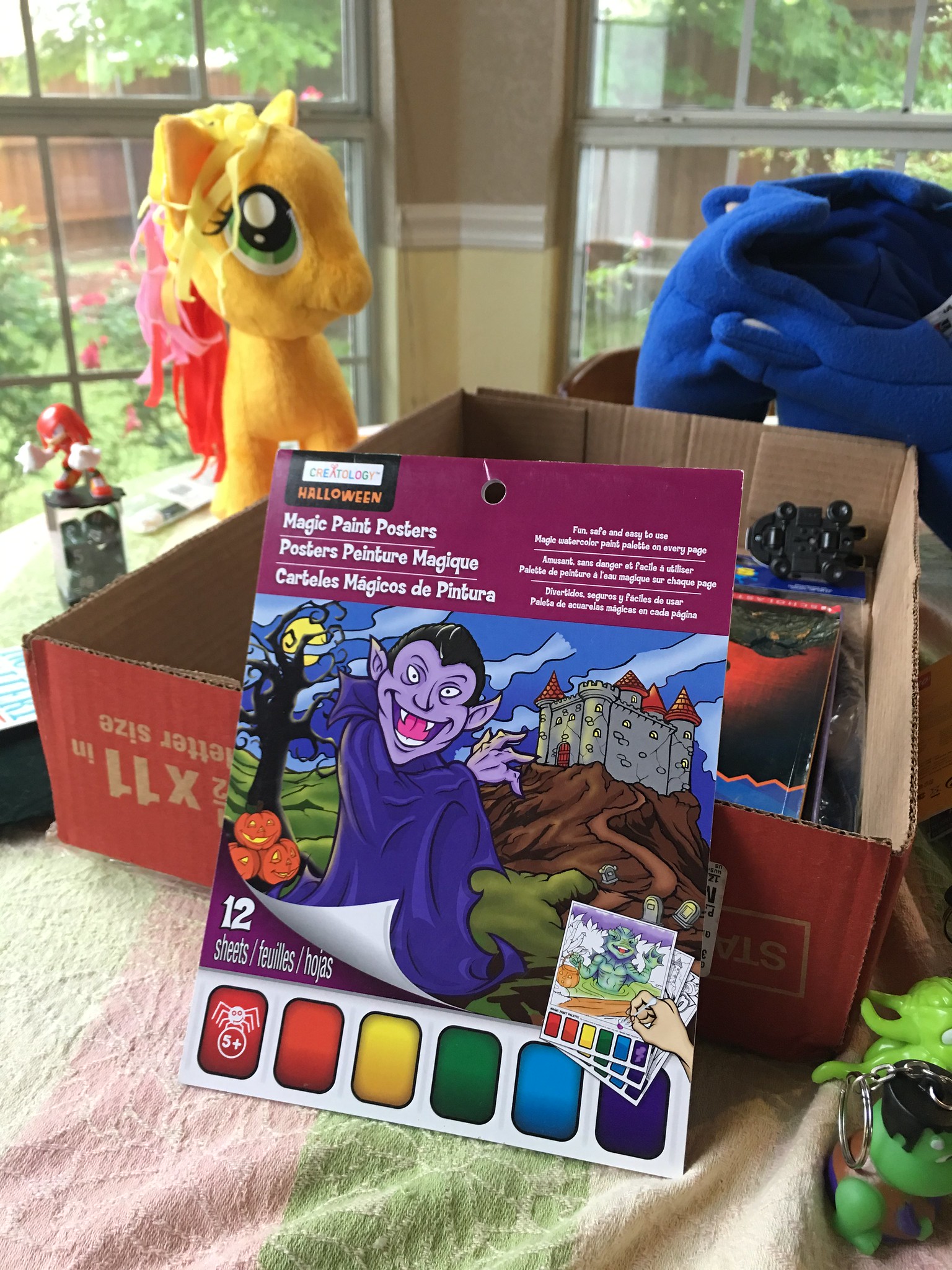 Intriguing. To be placed on the shelf till September 1, when the young one and I will use it to break in the Halloween run-up season. 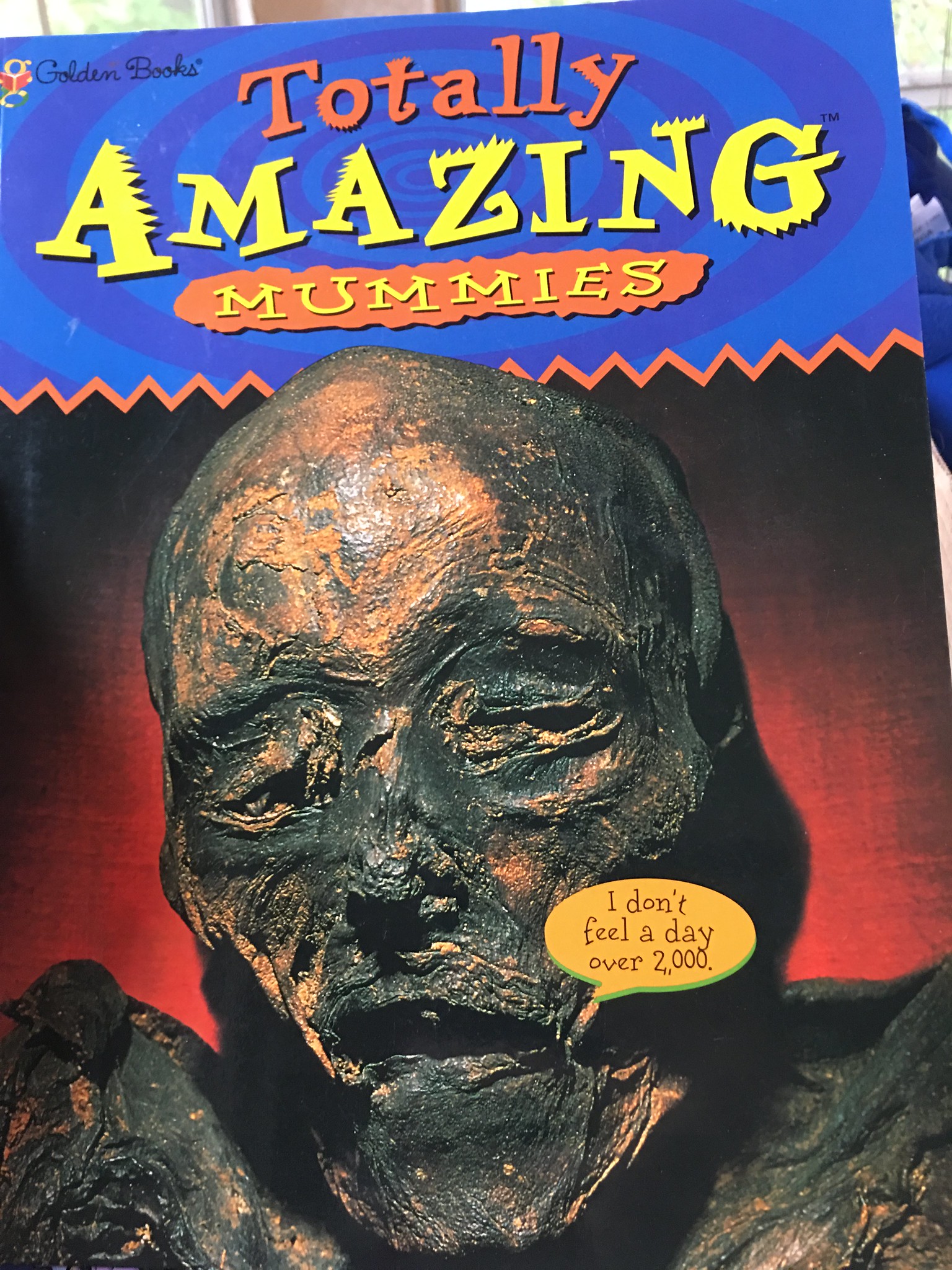 This reminds me of one of those kinds of books of amazing facts that Augie used to favor once upon a time. It will serve us more immediately as a mood-setting device for the upcoming family movie night, where we watch The Mummy with Boris Karloff. 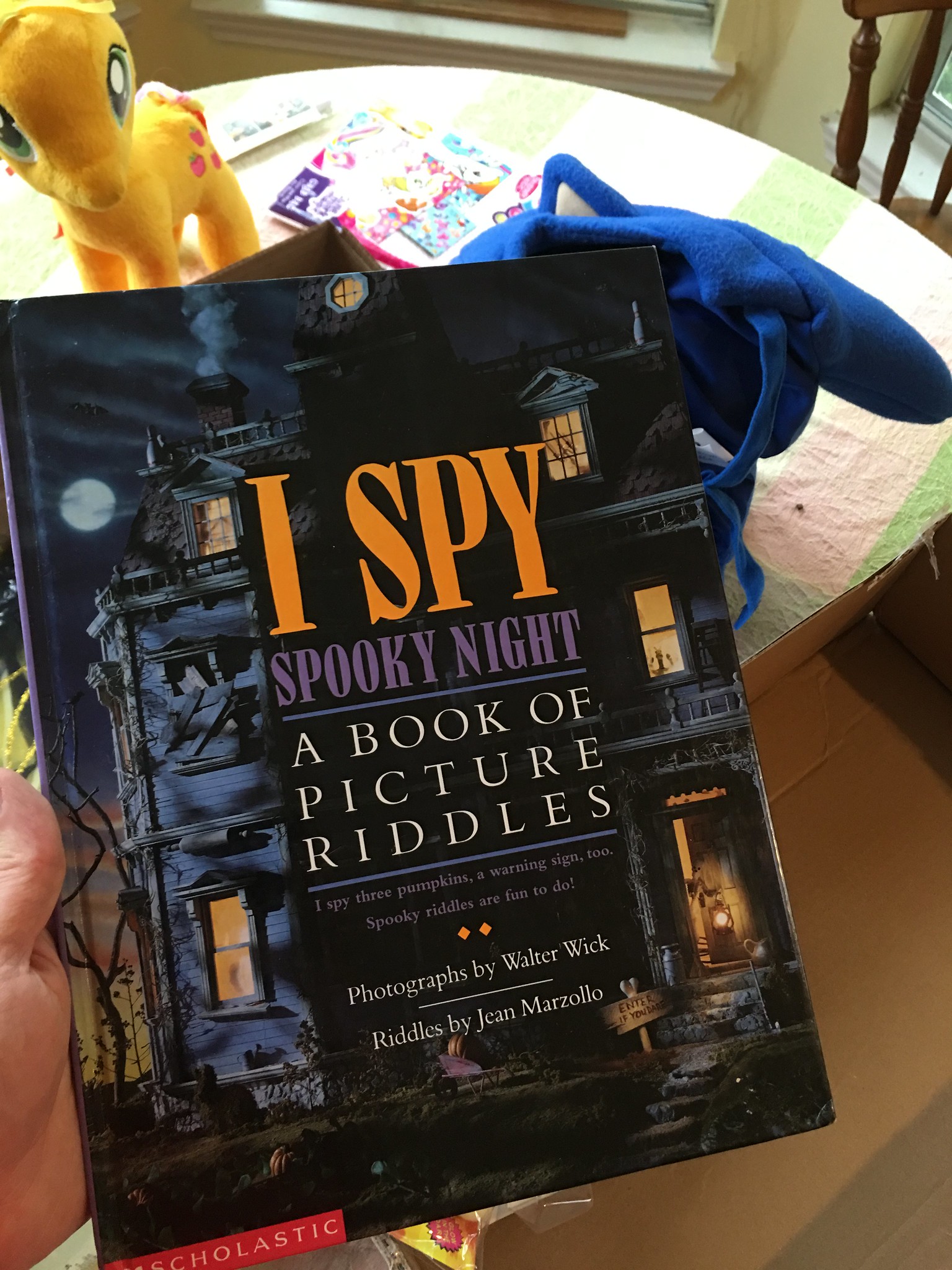 All the kids love to play I Spy, and we all really love these books, which provide hours of fun. We already have a different one in the Halloween series. The detail in the photos is incredible. 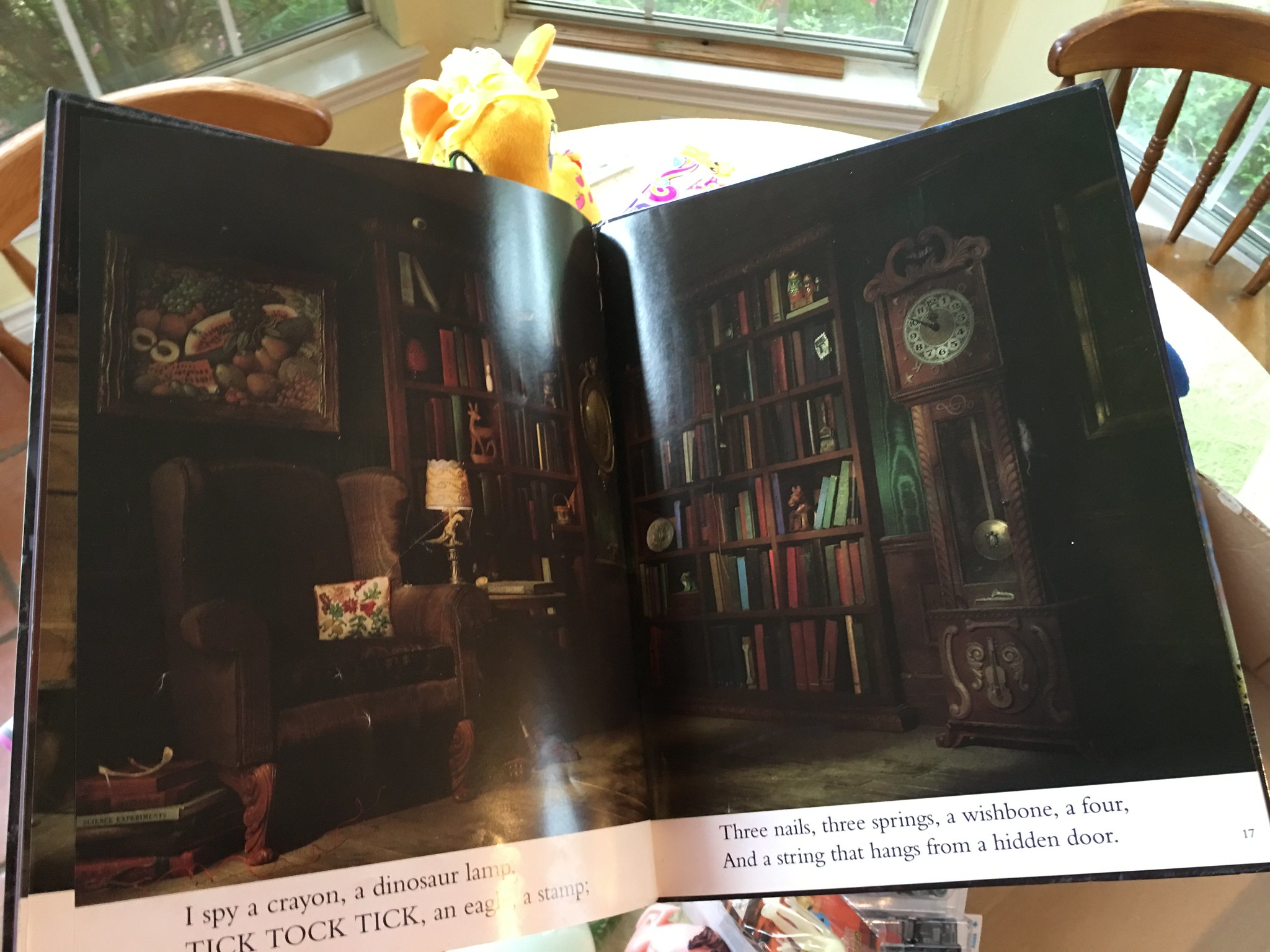 Not only are you asked to find things on the page, but at the end of the book there are several alternative games that involve having to look back over the entire book for more images and clues. It’s also just great for setting the mood at a small Halloween party. 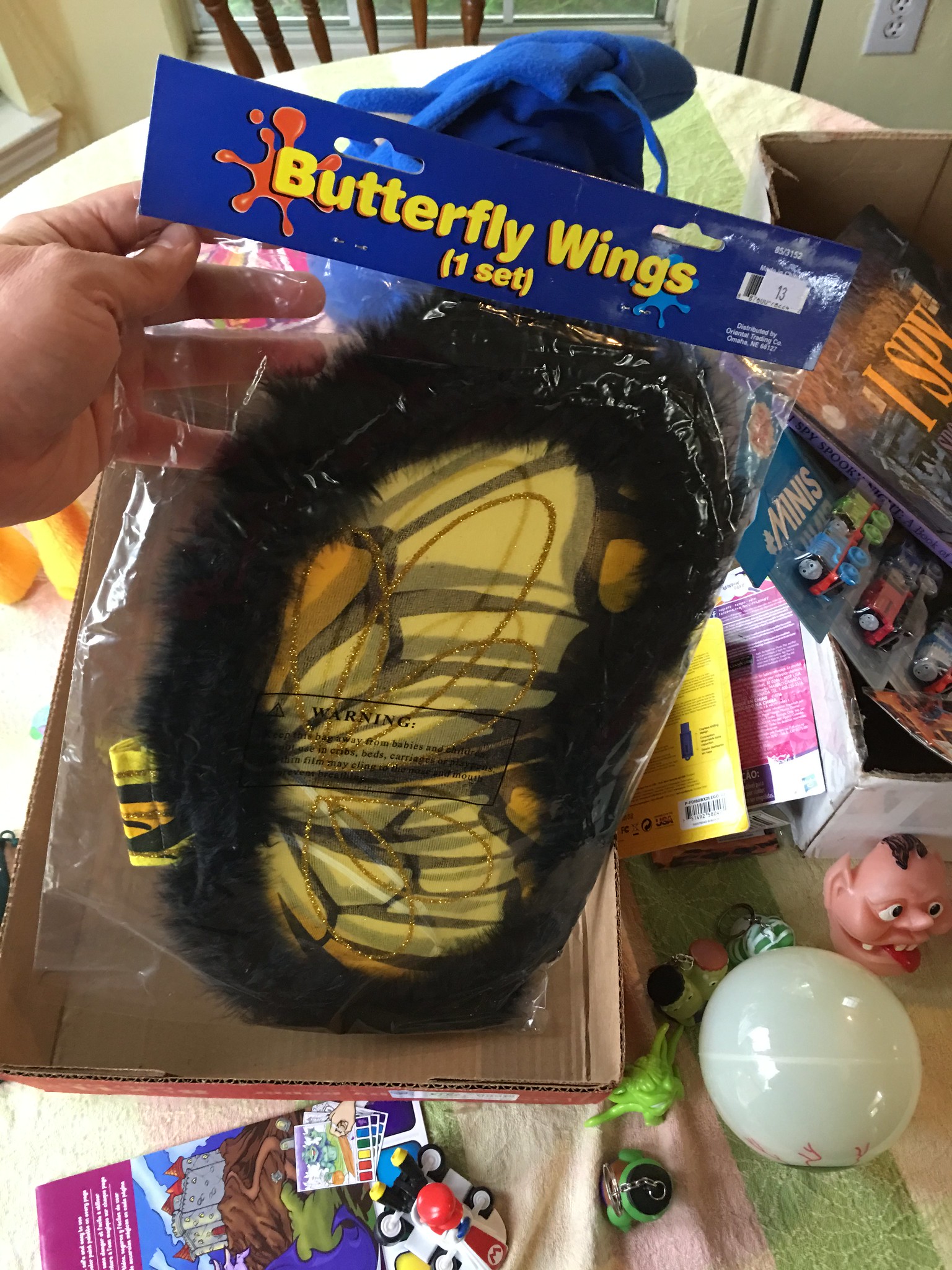 There was a funny little synchronicity involved with this one, involving a certain video game played the day prior to receiving this, and a failure to obtain a pair of butterfly wings in the game, so this felt like a vindication to ThePonyOwner.

All in all, a nice haul, don’t you think? It’s good to have friends who know you, and who will take the time to do something like this for you, and the ones you love.