Lights Out For Collector's Crypt 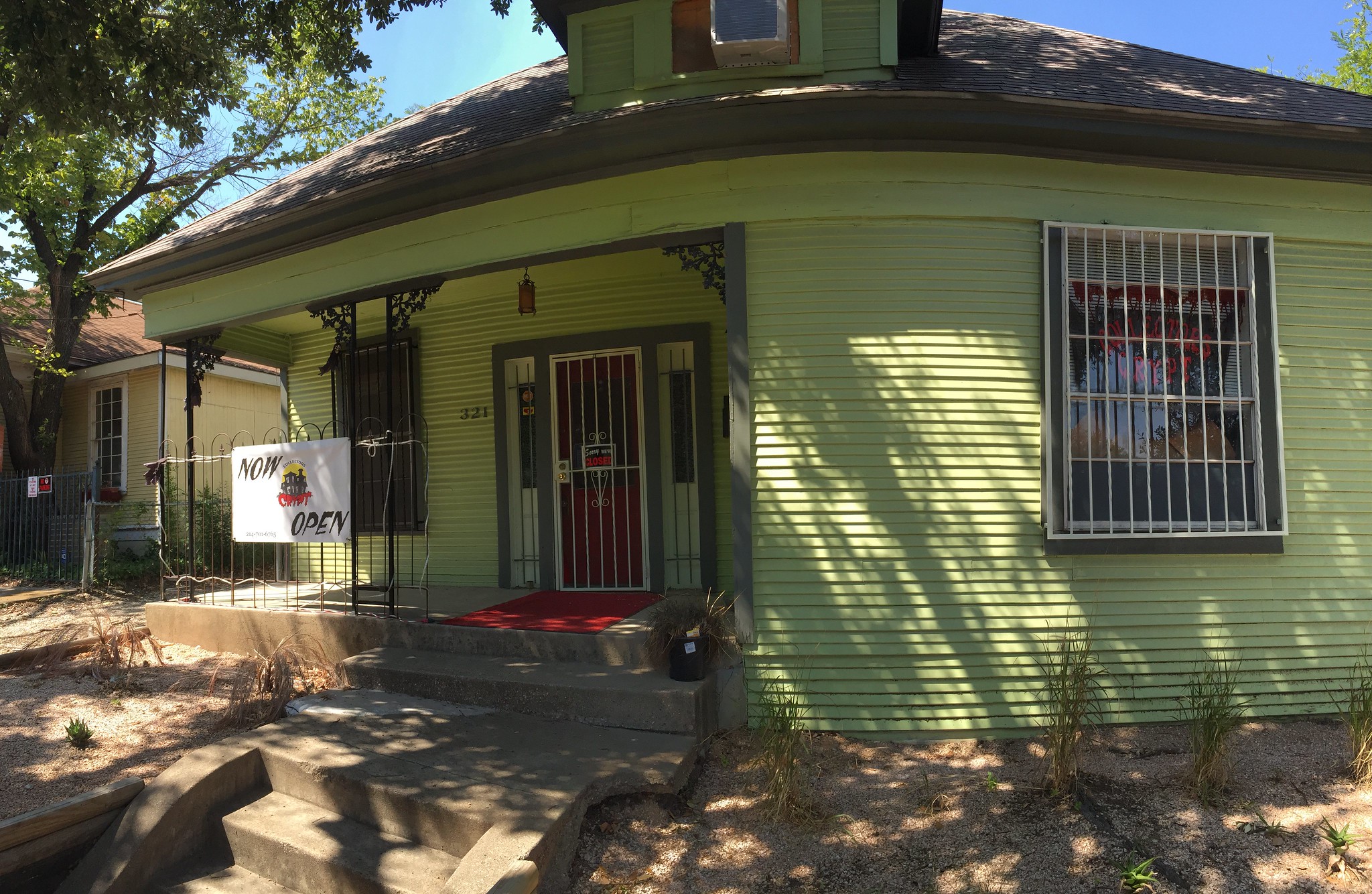 Do you remember Collector’s Crypt? I wrote about that place around this time last year. It’s closed now. I had a dream about it the other night, or rather its next incarnation, which was as a hybrid Christmas/Halloween store. I know the owners have an interest in Christmas things, so that detail is not too surprising. But in my dream, there was also a functional toilet over by the register. I’m not sure what that was supposed to mean. 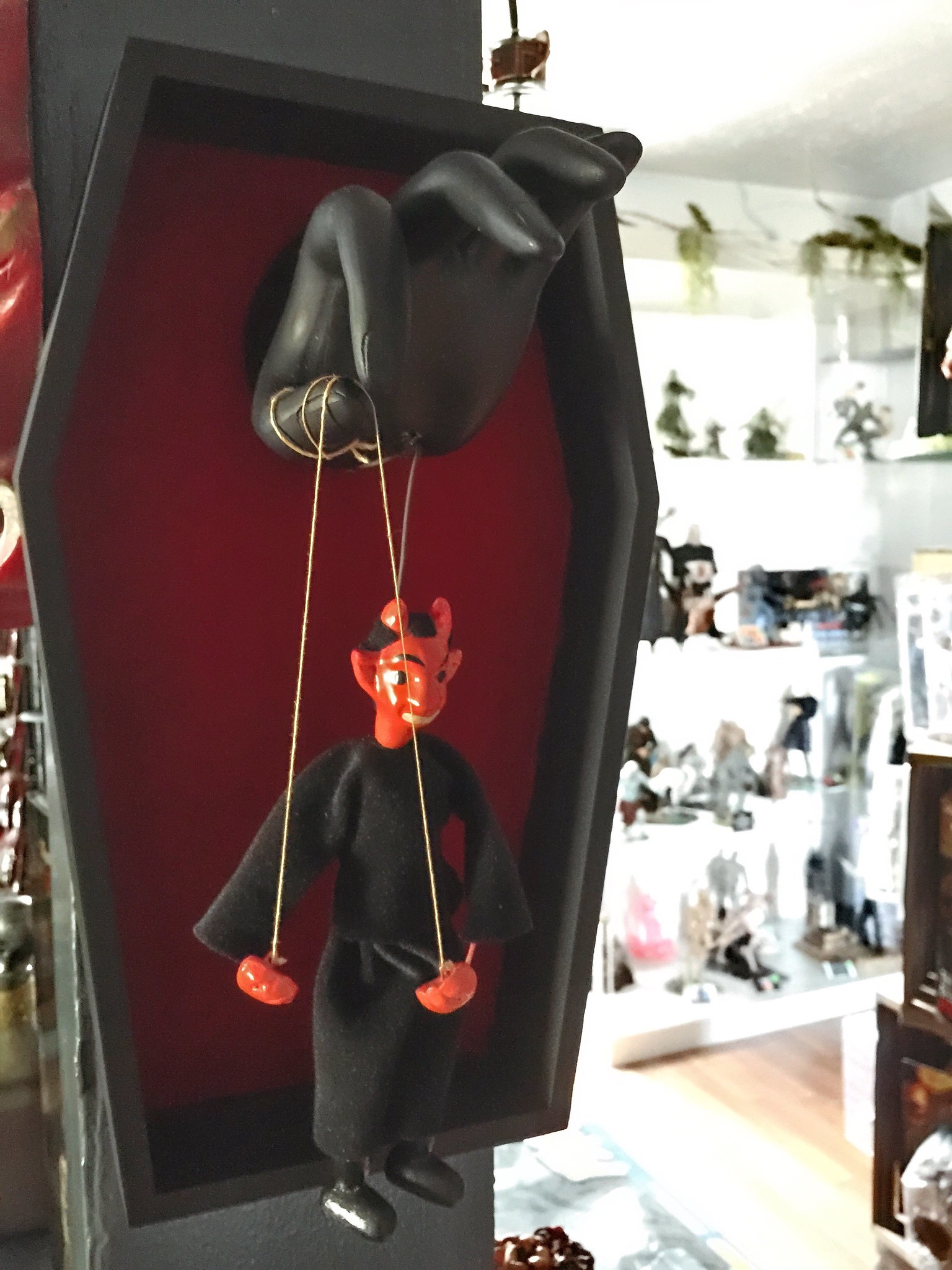 One day last summer I dropped by to visit my friend Andrea at lunch. The lights were off. There had been some sort of mistake with the power company. We talked about things, about the state of the business. They always struggled, those guys. I couldn’t help but think what a waste it was, for the city. Never to have recognized what a jewel we had. It’s a hard loss. 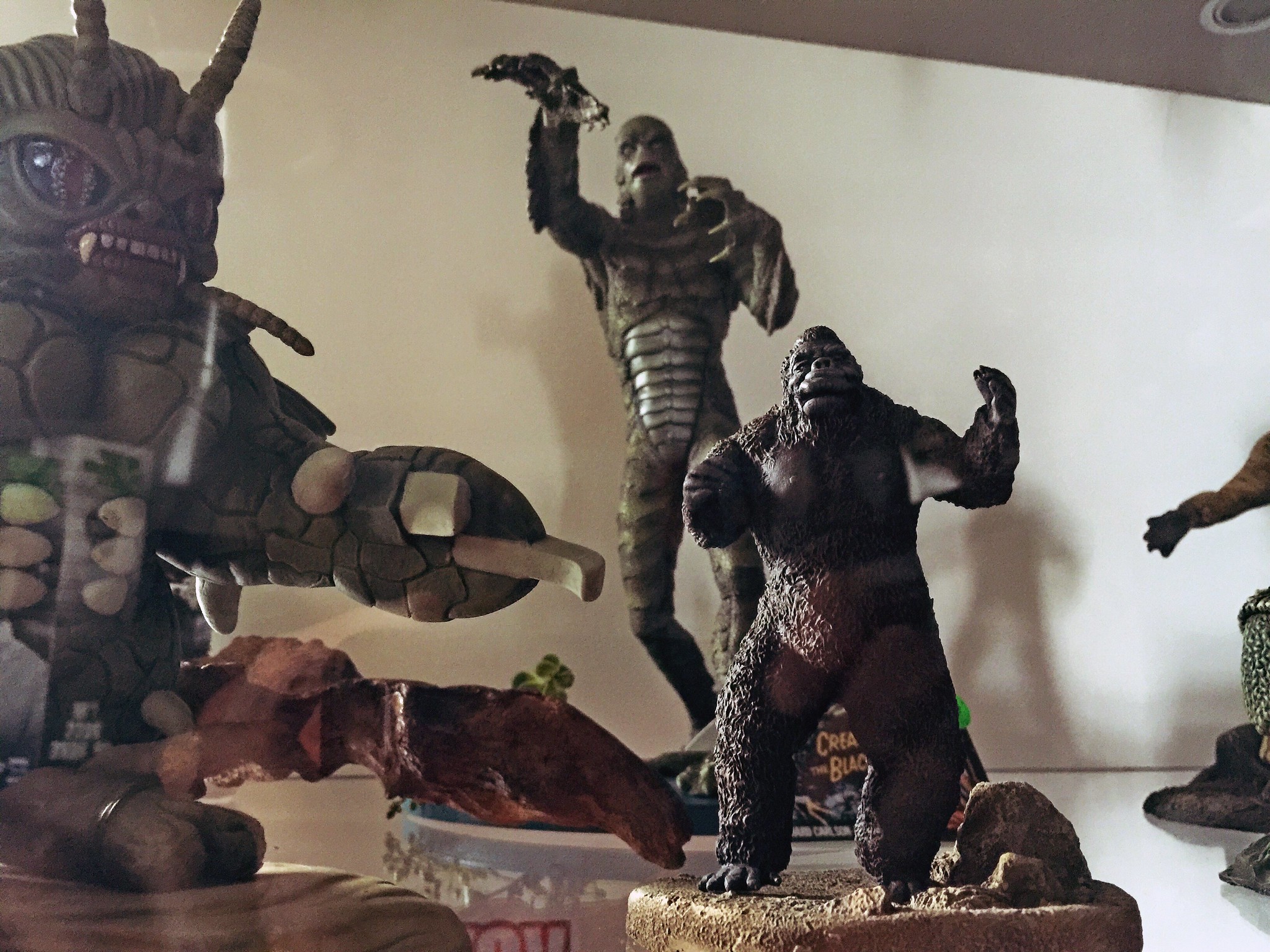 I asked Andrea if I could wander around and take some pics in the low light. She let me, of course. 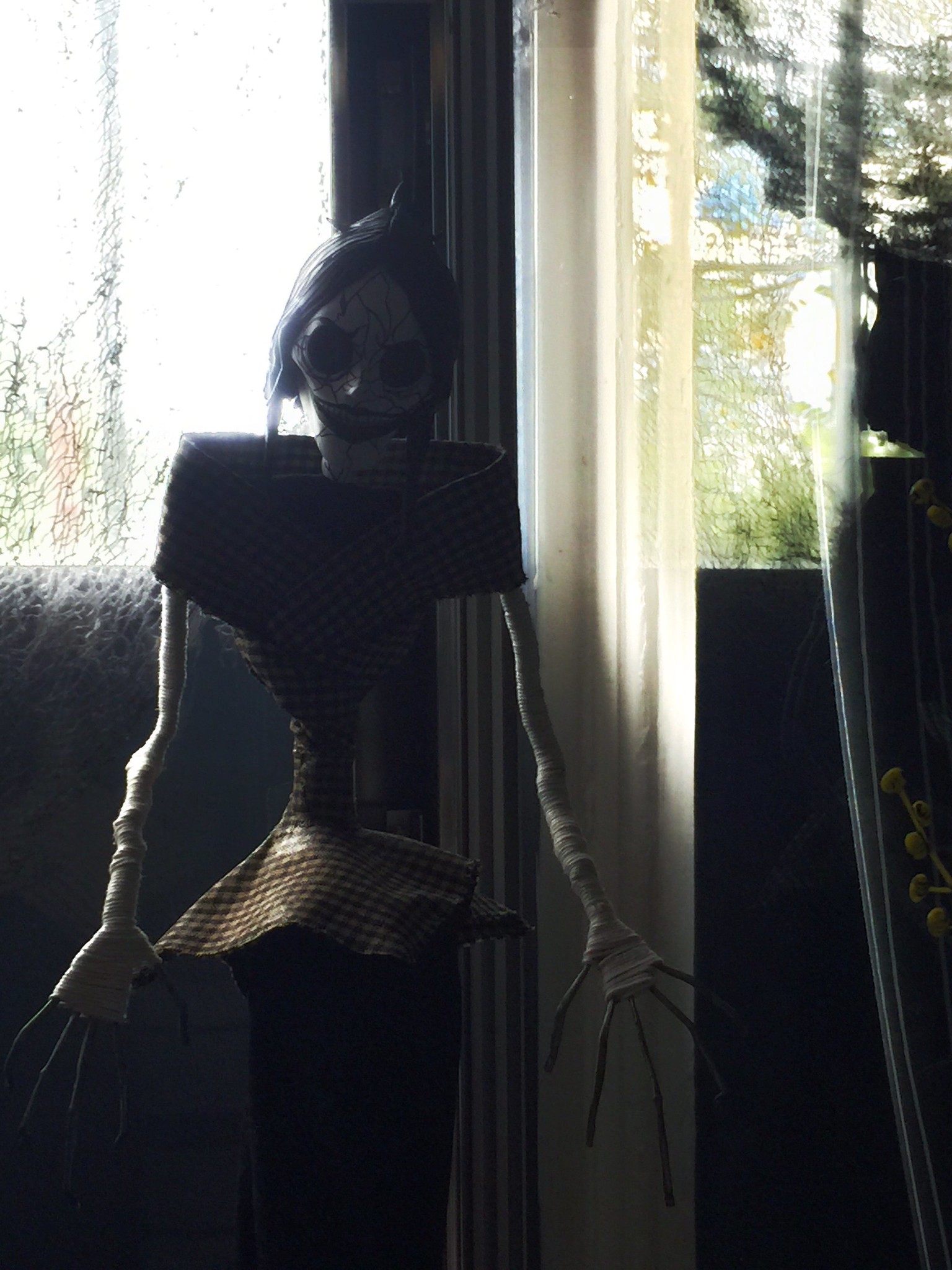 To my mind the old house was incredibly well suited as a storefront for horror collectibles. The experience of stepping inside Collector’s Crypt for the first time was a little overwhelming, as a couple of my friends could attest. Sure, it was run down, but that made it all the more effective. Turning that old doorknob, at its weirdly low height, and stepping into the store for the first time took a little courage.

You didn’t know what you were walking into.

Its dark corners and dingy passages complemented the merchandise perfectly. It was a place where the imagination felt at home, not like some sterile product showcase or peddler’s stall. 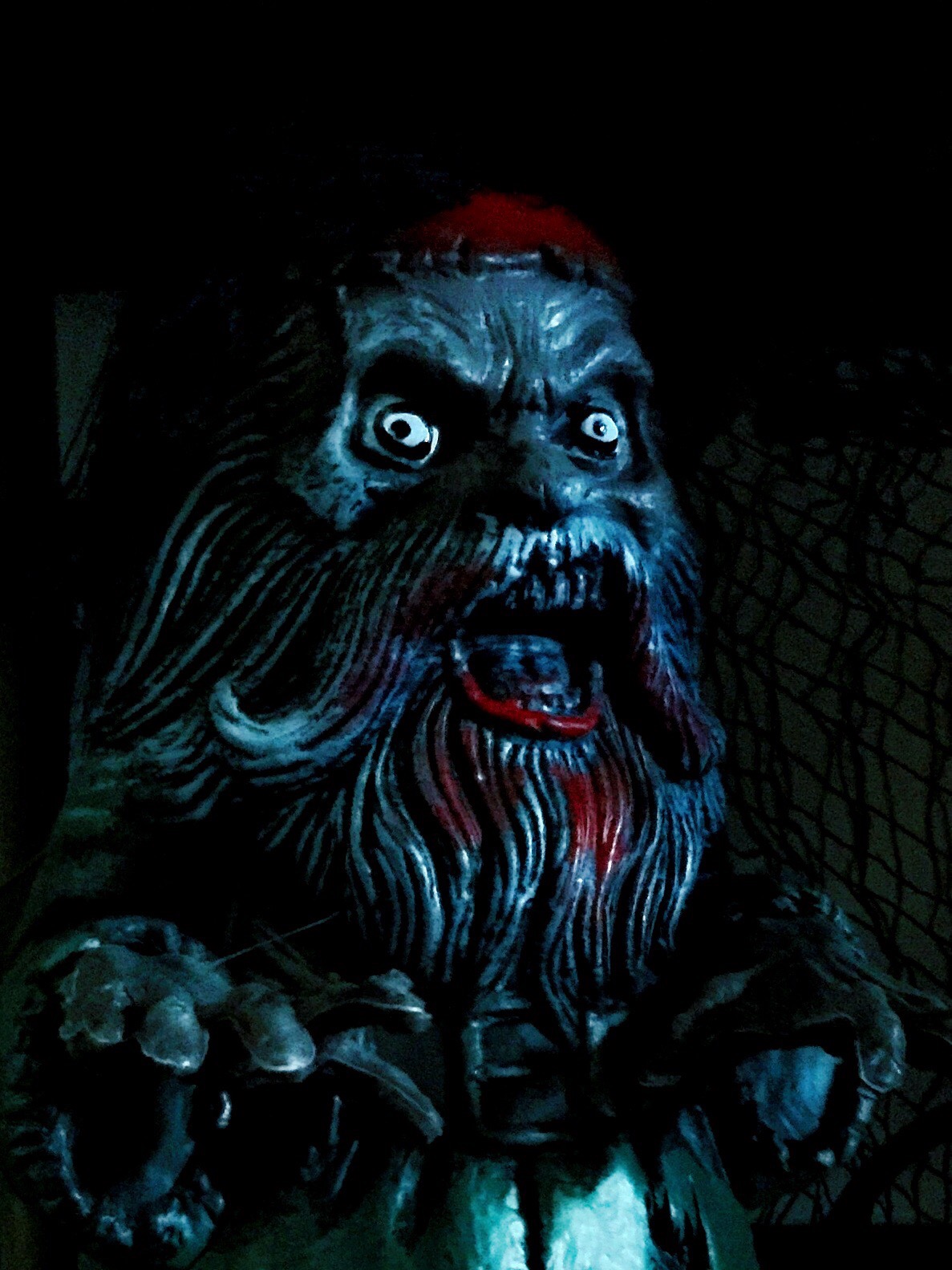 Let me suggest you slow down. Take your time. Let the pictures put you in that place. 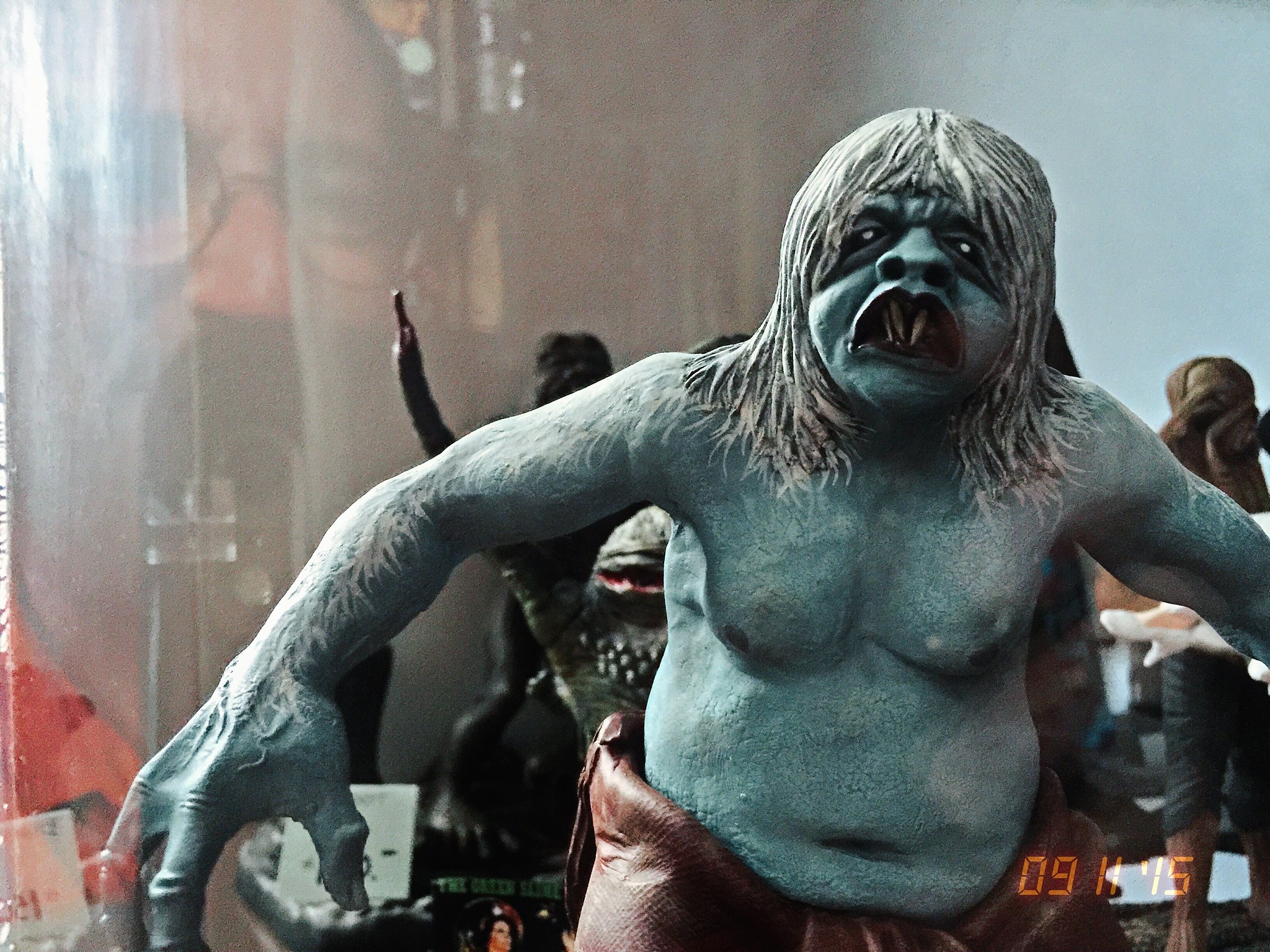 After all we won’t see it again. 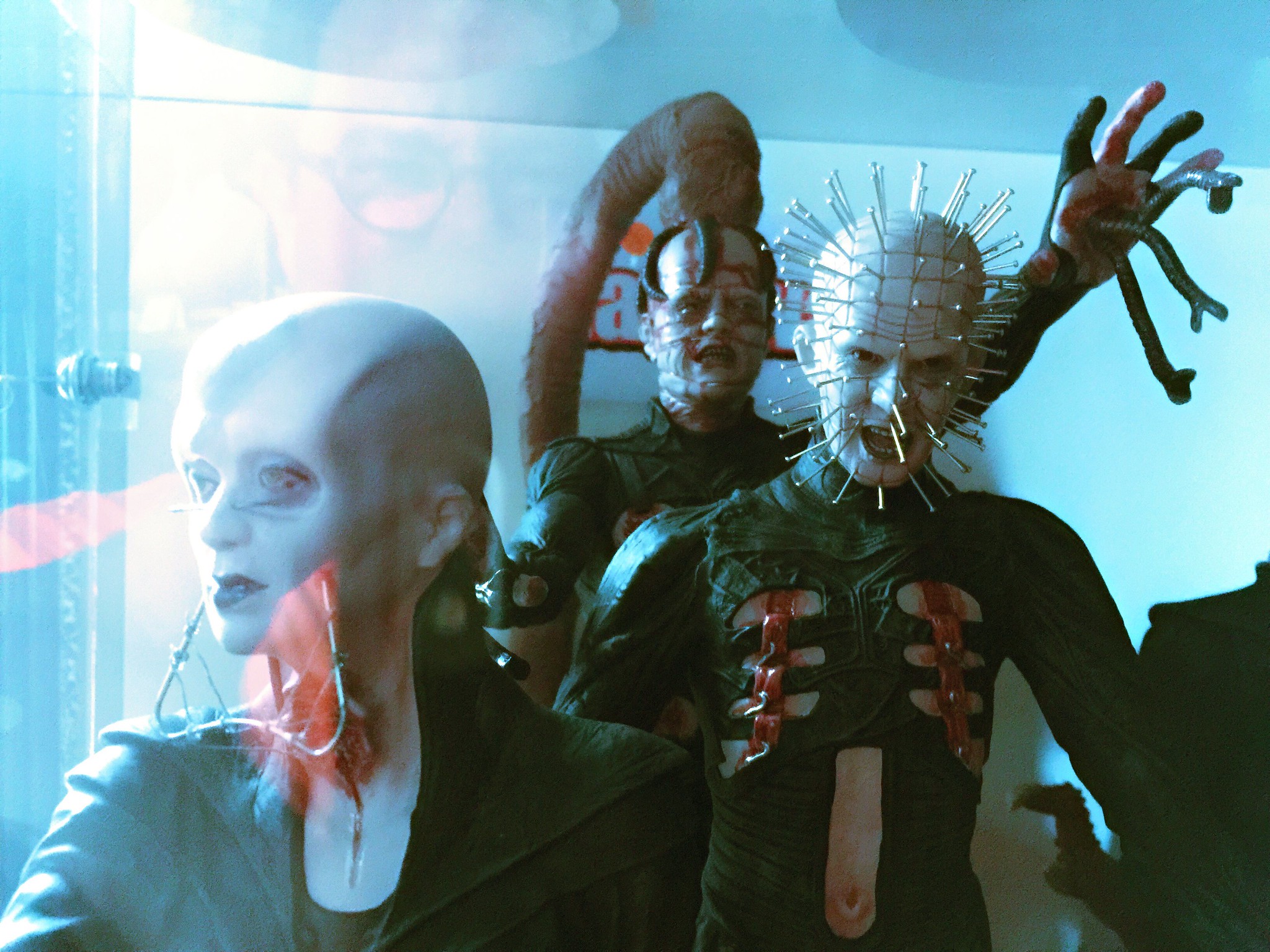 A lot of those custom pieces, displayed as they were outside of a box, took on an almost living realism. 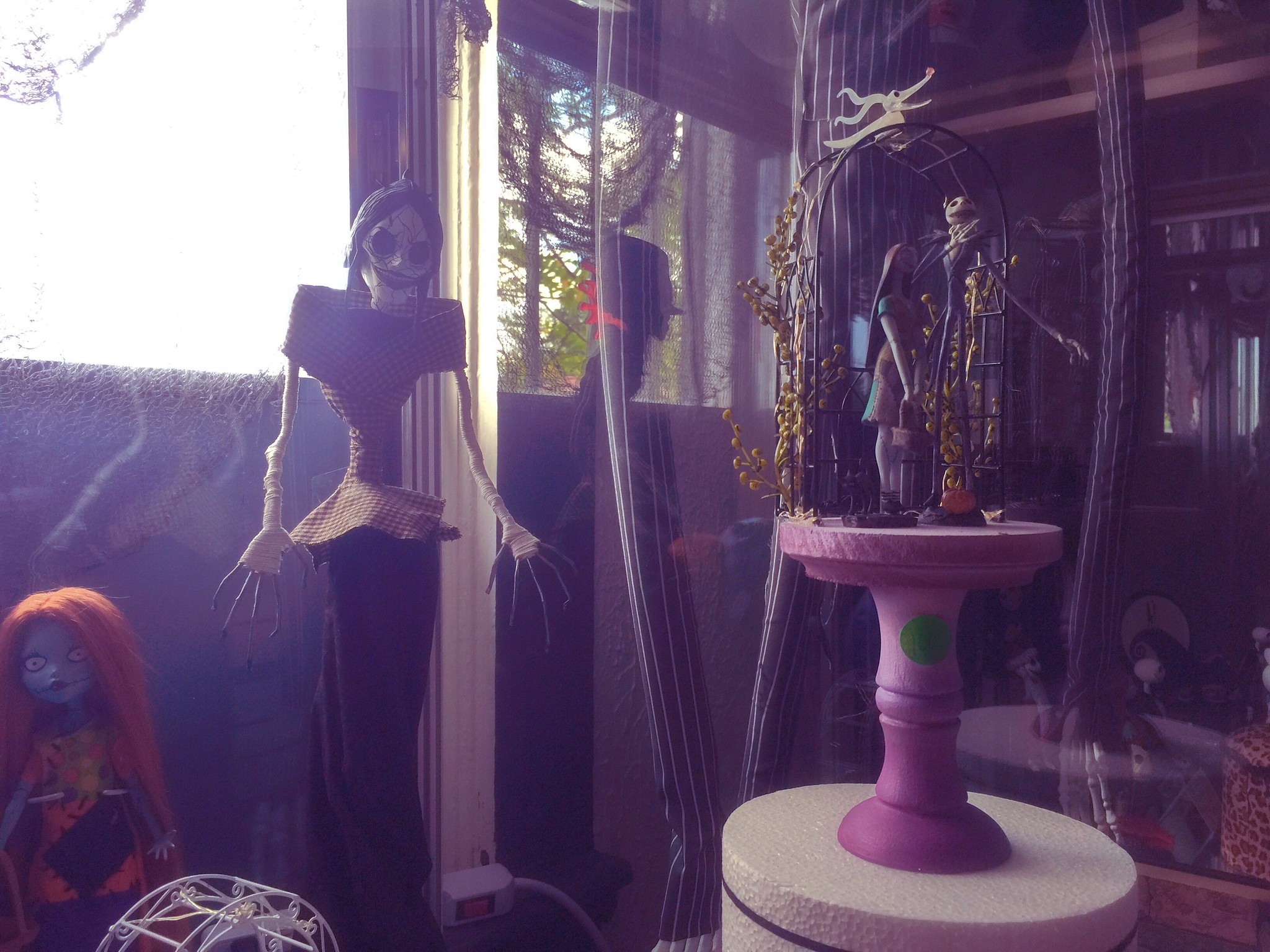 I wandered around the store — the house, really — taking my pictures. I had guessed for a while that this day would come. I regretted that it was going to be so soon, though. It wasn’t even certain that the Crypt would see its first Halloween. 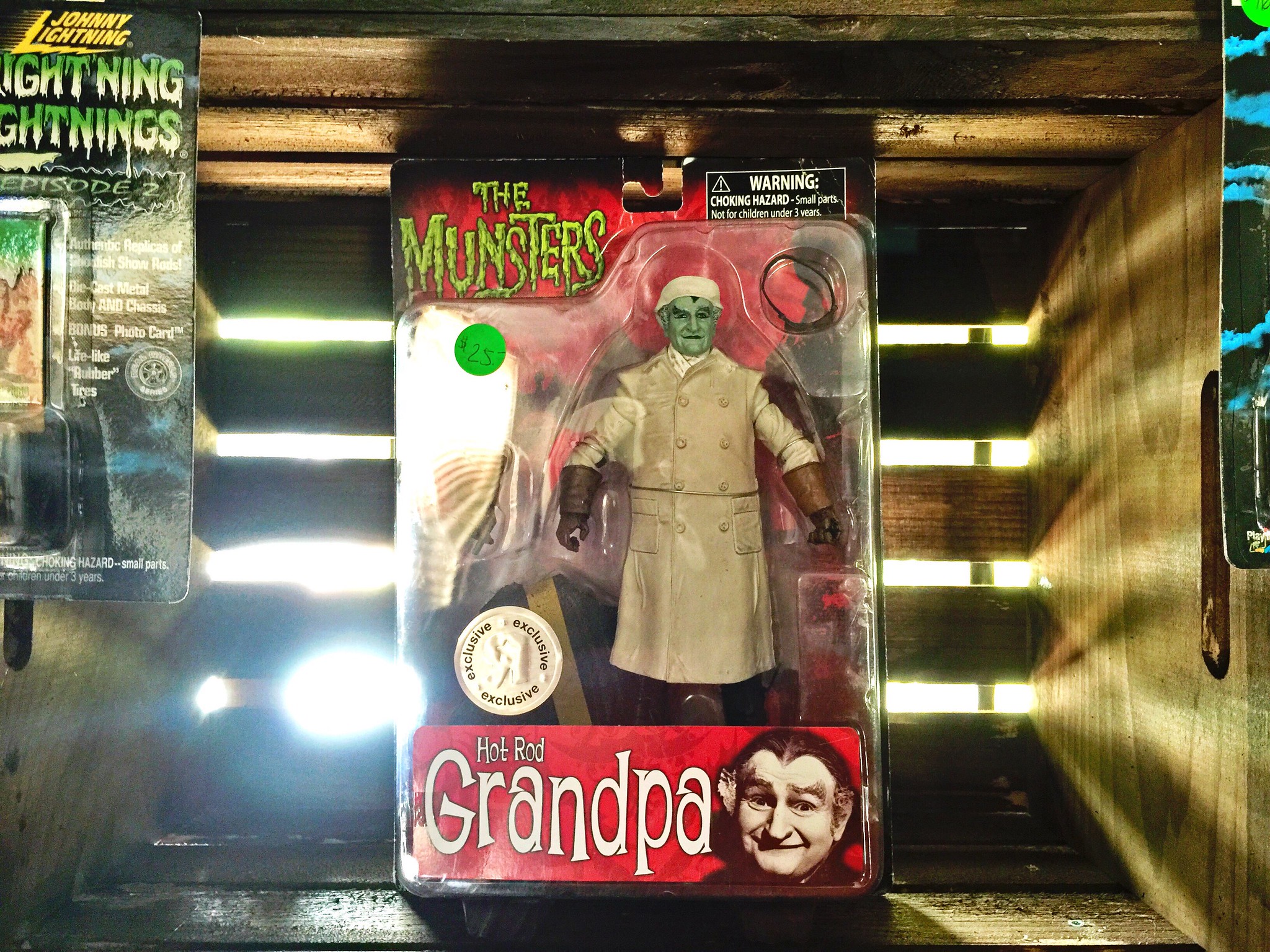 This would be my last chance to try to preserve a sense of the place. 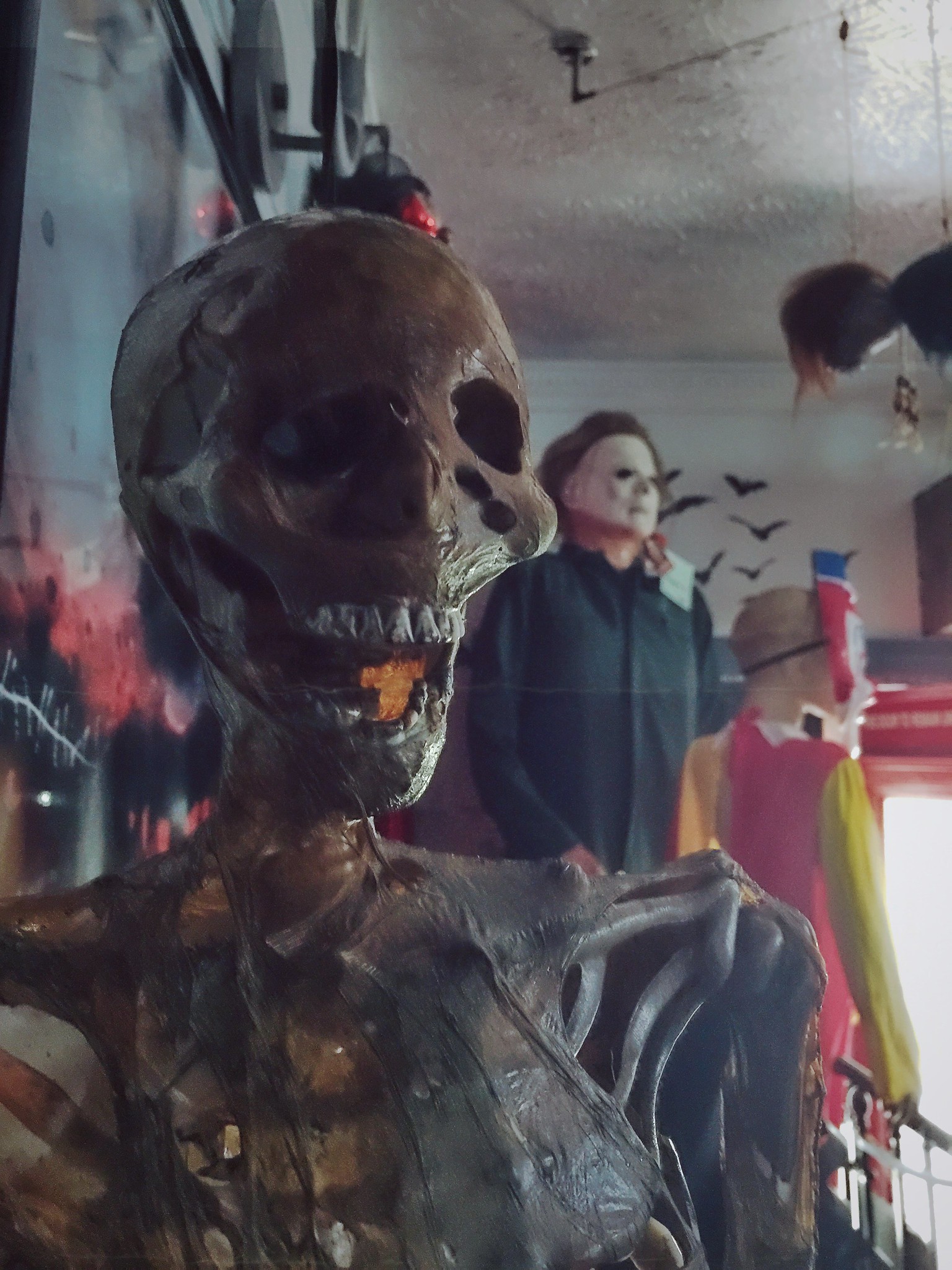 Why had it come to this? There were a lot of reasons. That part of the city was undergoing a renovation/gentrification that was pushing up rents. There were things that kept the ladies from being able to advertise like they wanted. Just various obstacles. Owning a business, like a restaurant or storefront, is tough in any event, even with the odds stacked in your favor. 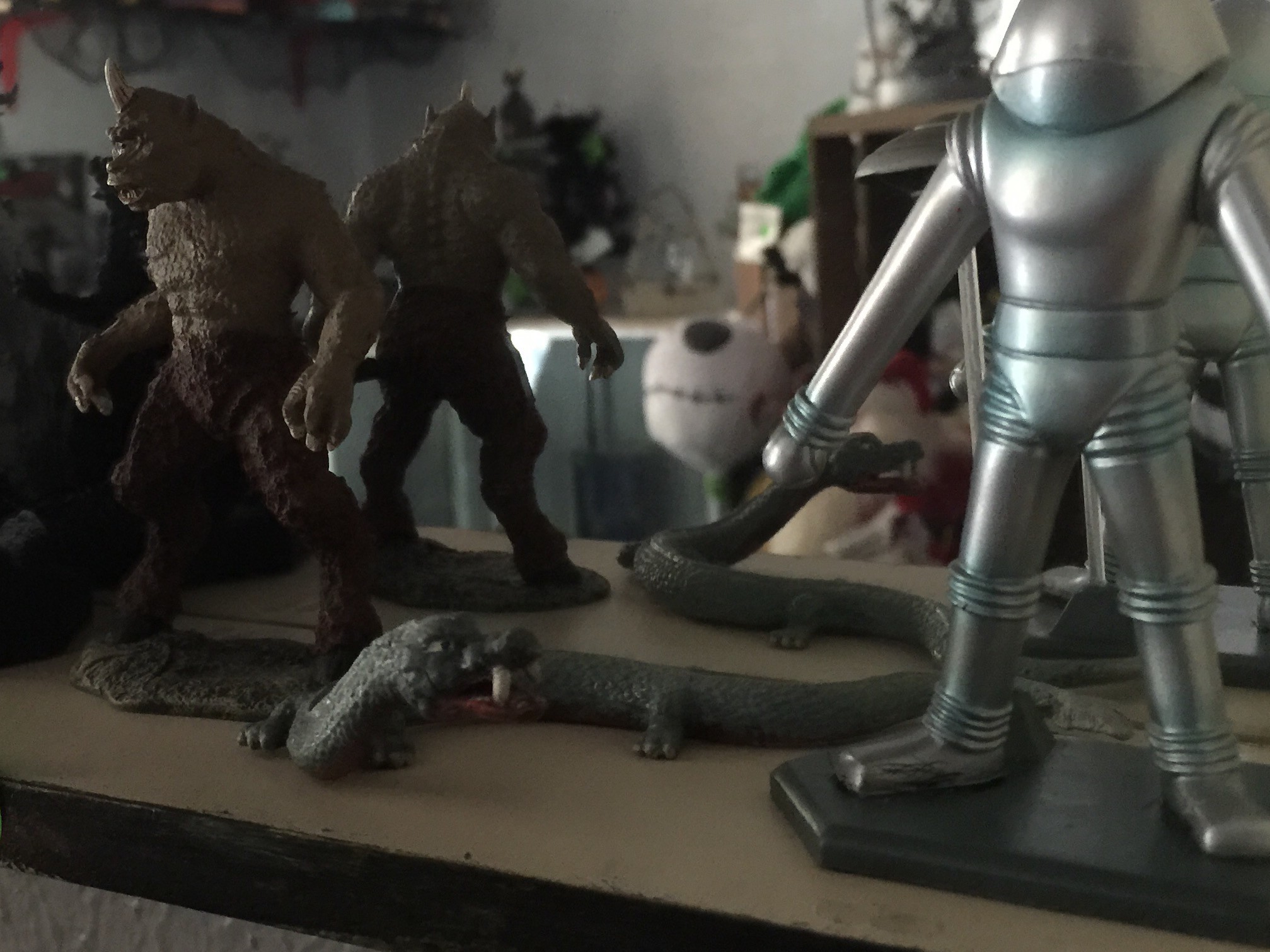 My wife and I would sometimes entertain ourselves by trying to figure out how much it would cost to buy them out, and perhaps relocate the business to another part of town. It was fun to think about. 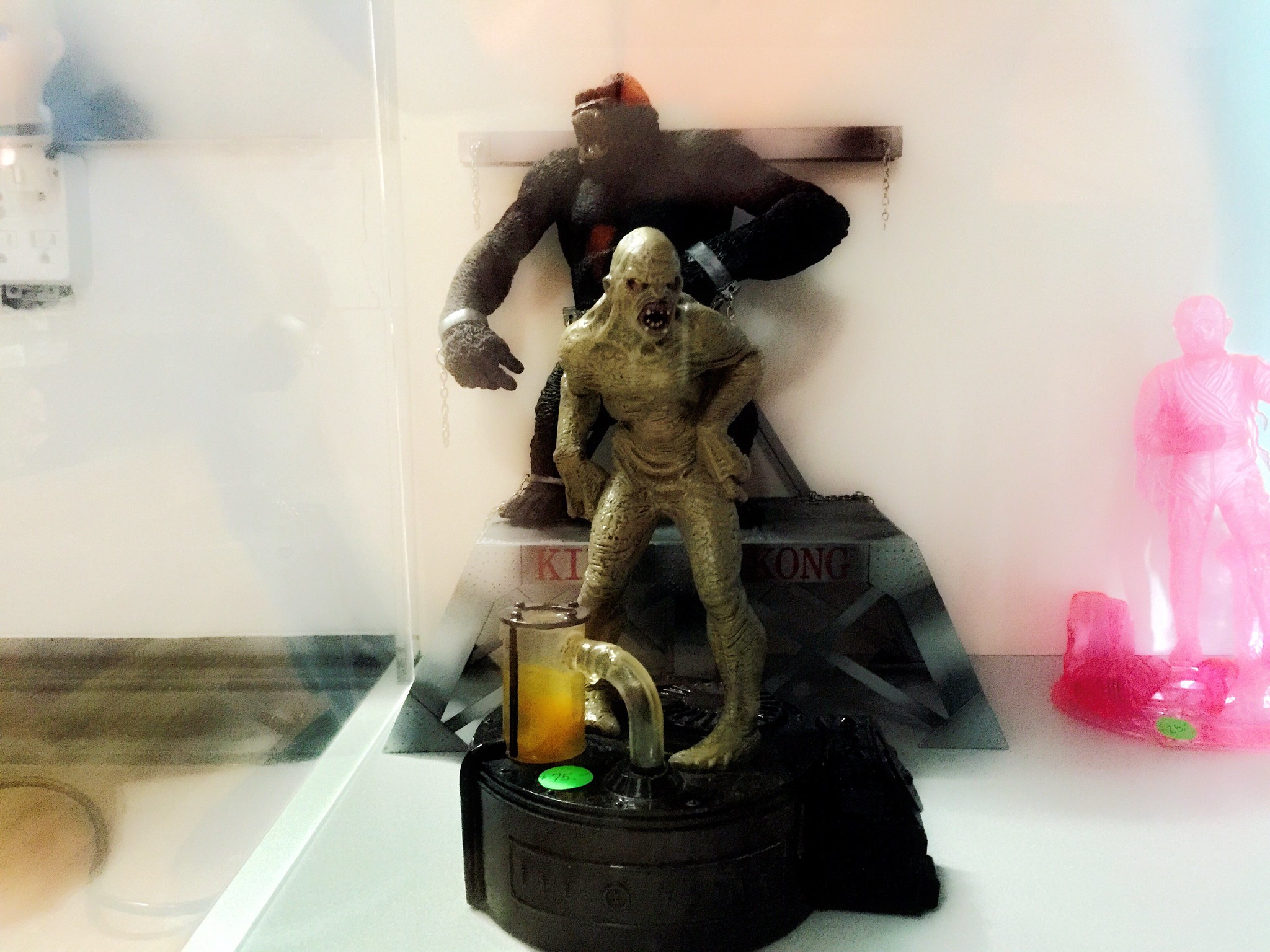 We had this idea of going in together with the guy who owns a struggling neighborhood coffee shop, perhaps combining floorspace to run this little eclectic coffee house/book store/monster memorabilia combo shop. We could never come up with a catchy name for it, though. 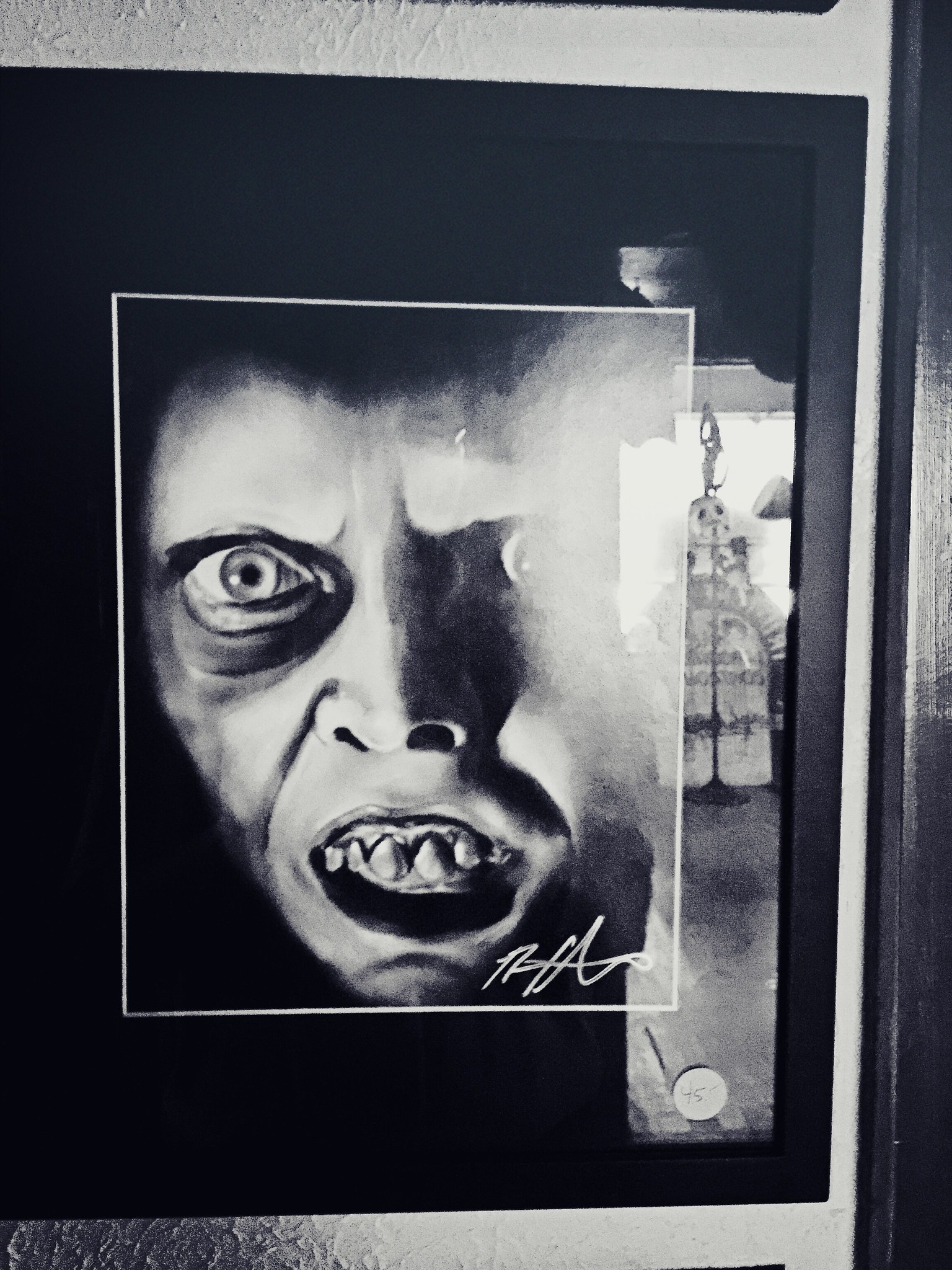 Over the months I’d gotten to know Kathy and Andrea, the proprietors. I was heartsick the day they announced they were closing doors. I really wanted this to work out for them. 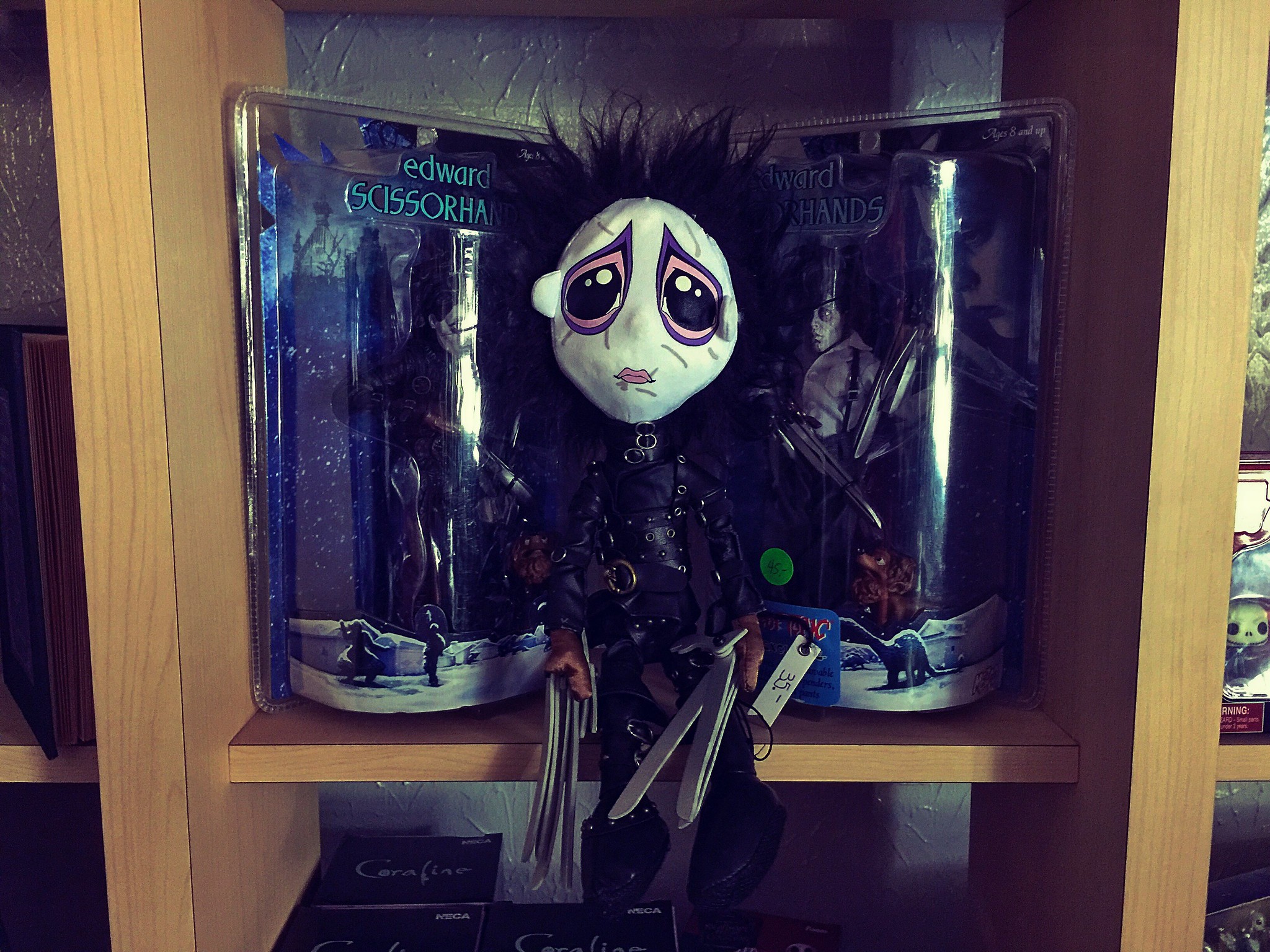 They are strong, rare ladies who had a brief opportunity to make this dream of theirs a reality, and they made it happen. I am fortunate to have been there when it did. 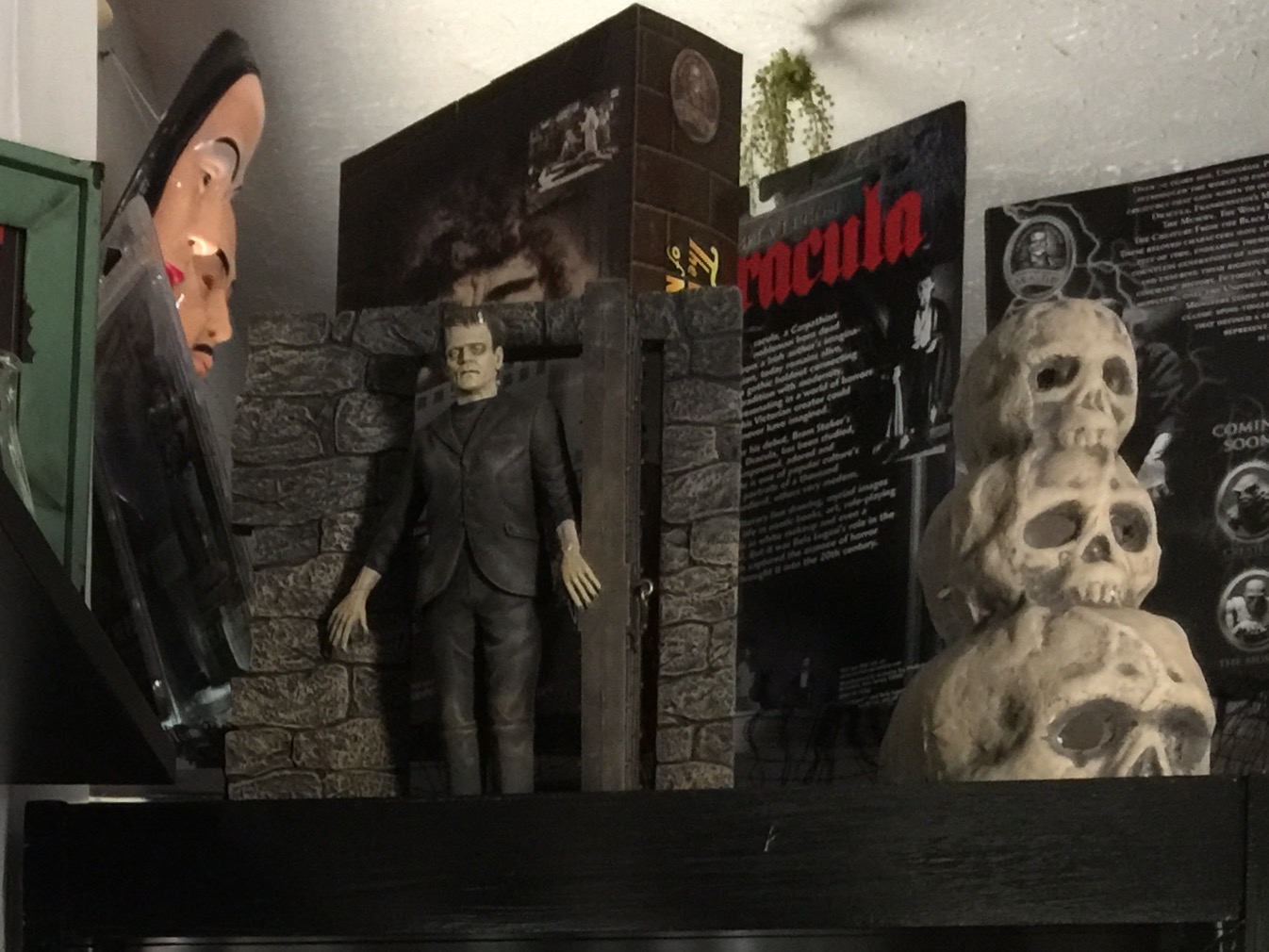 So yeah, I guess I can’t let go of Collector’s Crypt. I mean it’s not been that long ago that I first blogged about it. But going back through all these pictures… What a truly remarkable place it was. 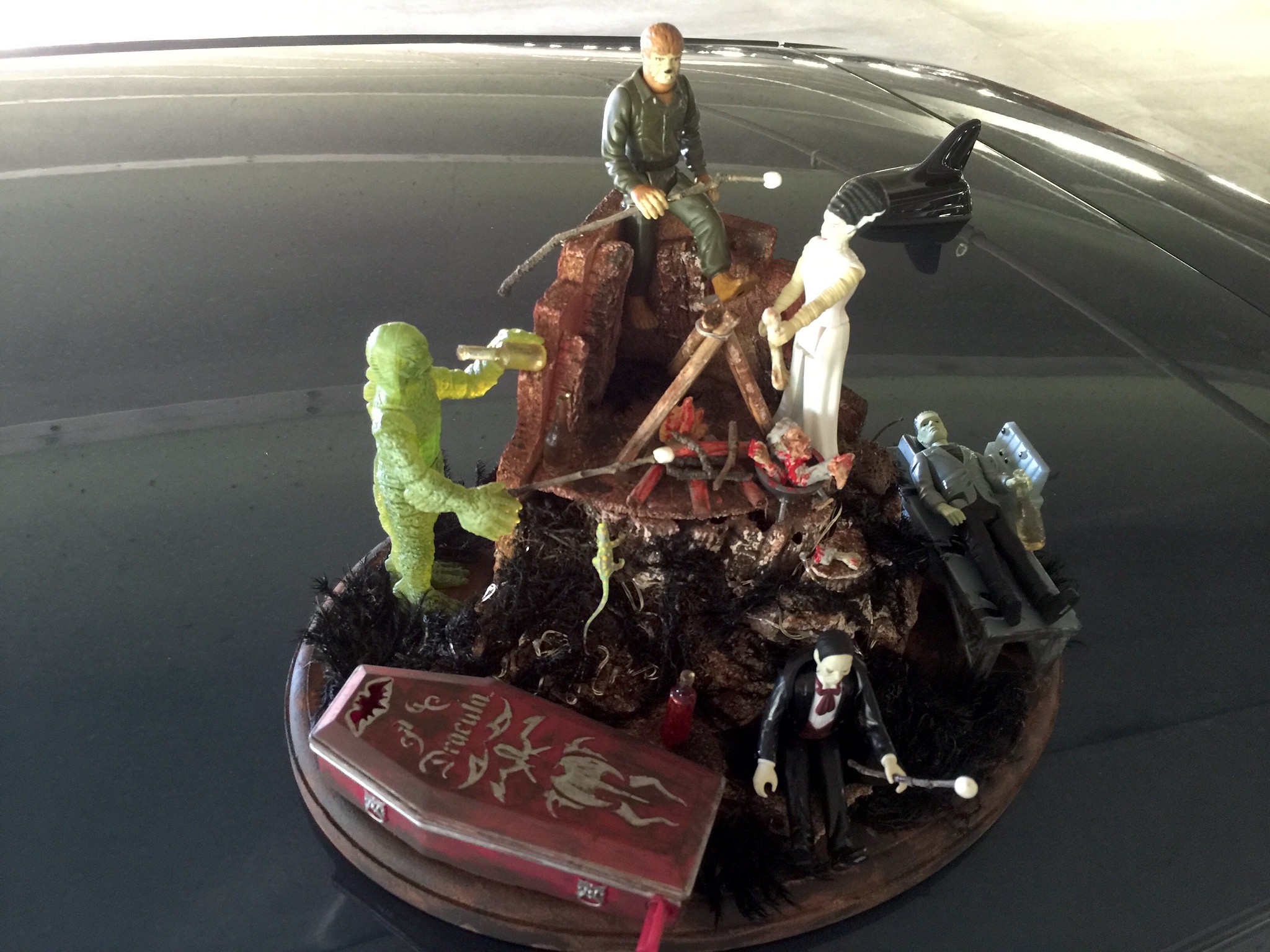 I did end up with a few treasured momentos. Andrea and Kathy even made me a little lit-up monster diorama for Halloween, a little made-to-order job featuring the Universal Monsters from a Burger King Kid’s Club promotion back in the 90s. Top shelf little action figures, those were. That diorama, which features the Universal crew kicking back and enjoying a few brews around a campfire will forever be the centerpiece of my Halloween village. 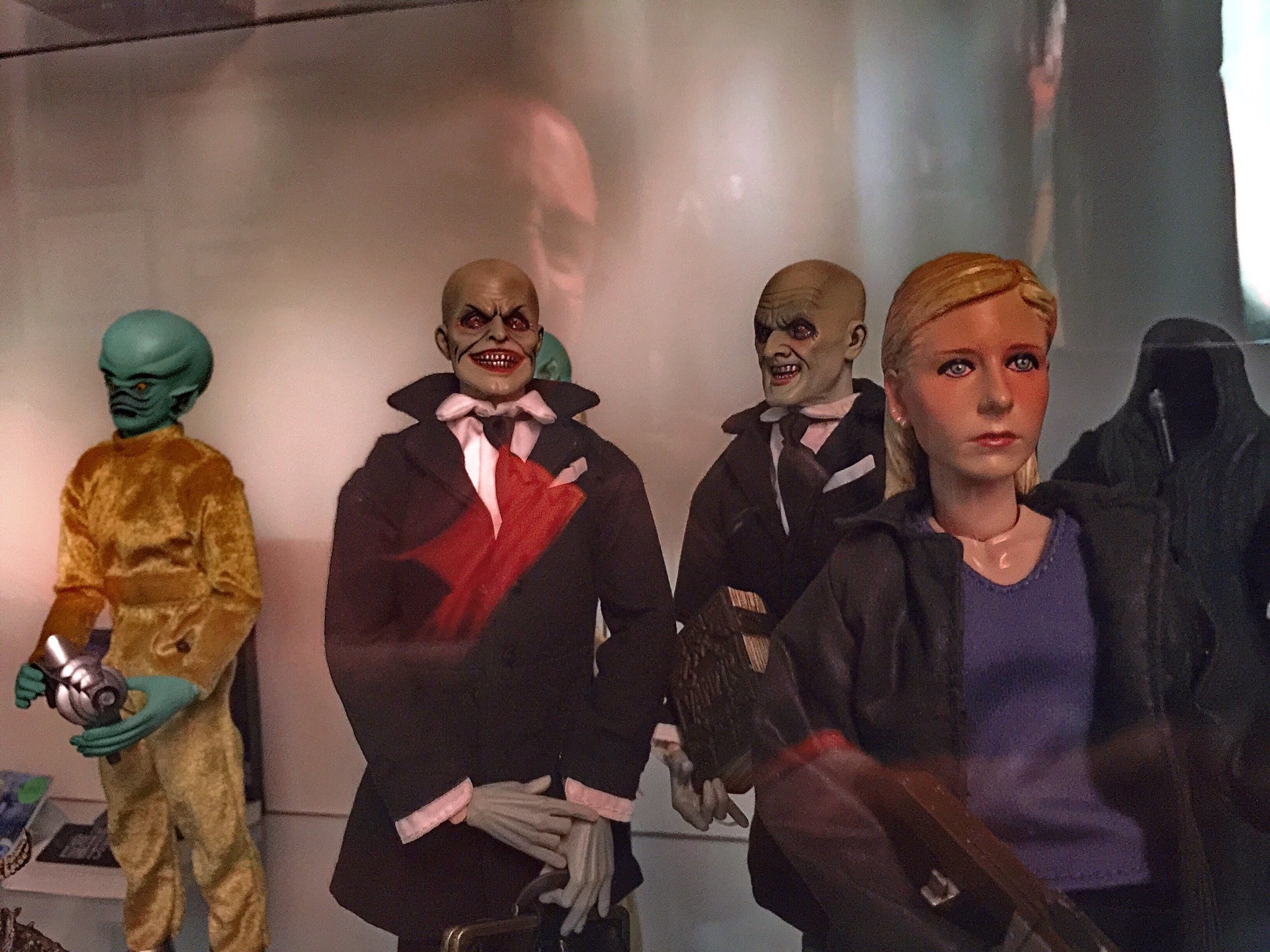 A few days after they closed the shop, before they could move all the goods out, a burglar broke in and stole a number of high dollar items as well as vandalized the place, dumping boxes that had already been packed and damaging items they didn’t take. 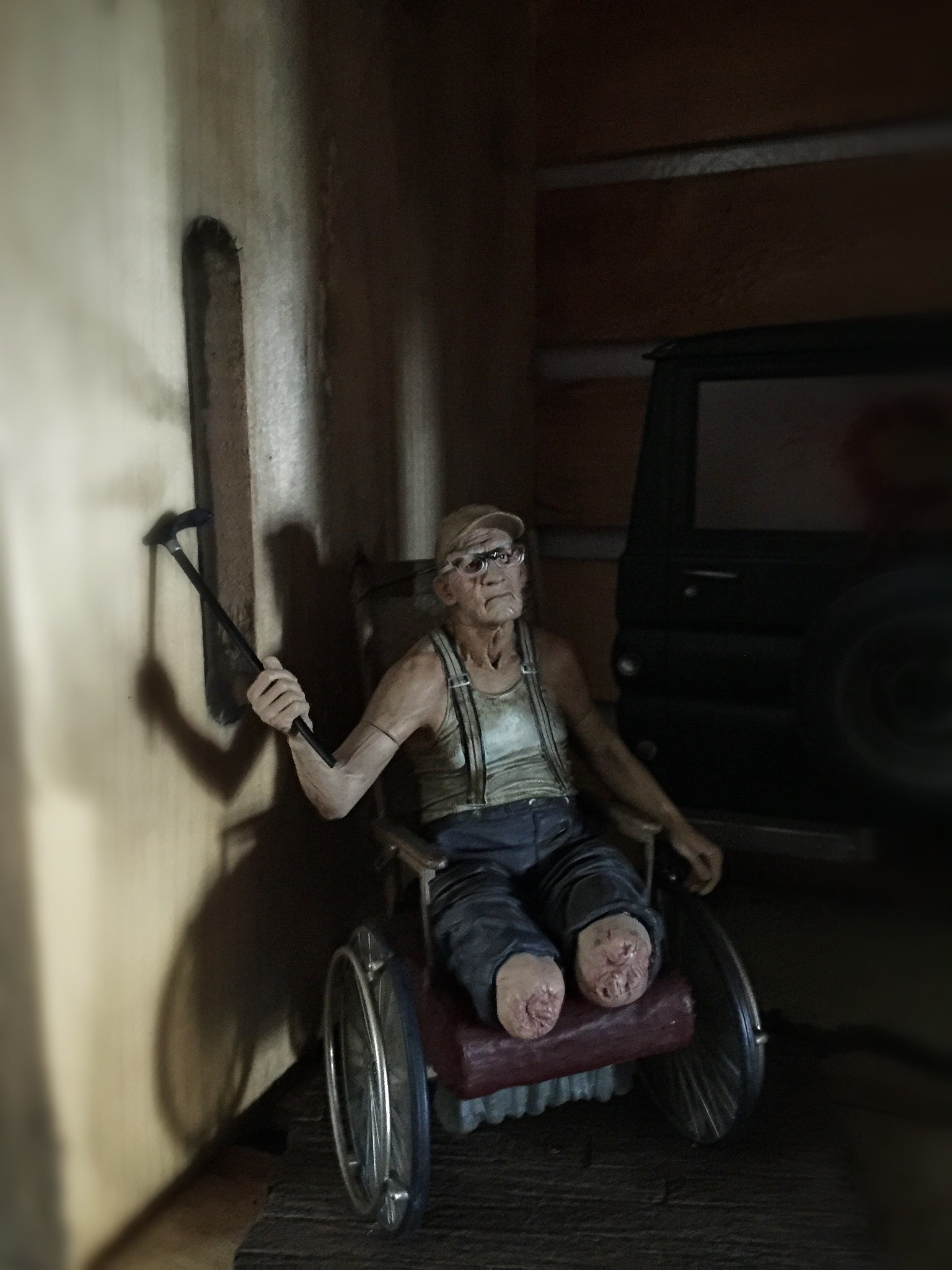 As of now I don’t believe the police have apprehended anyone for the break-in. 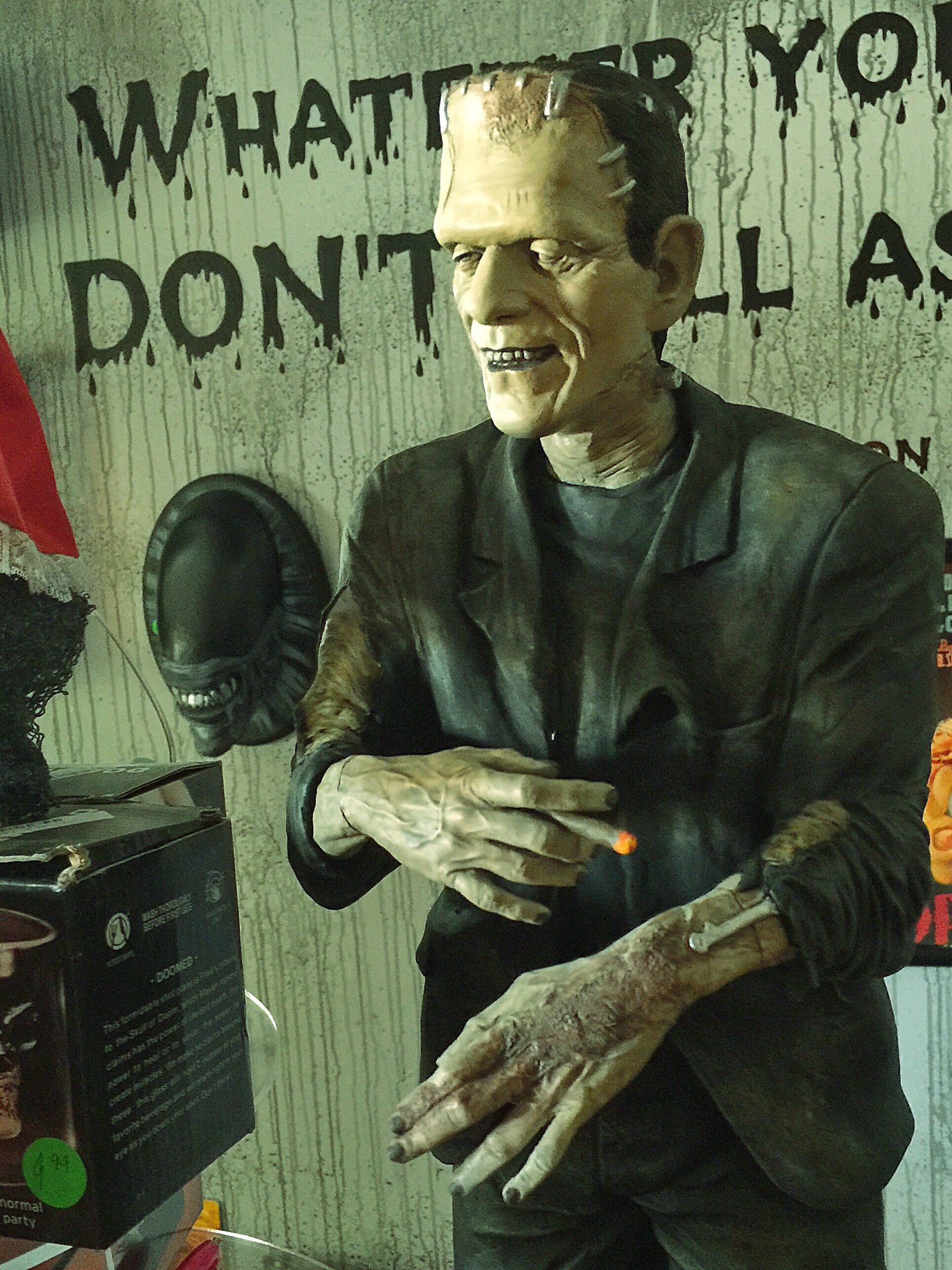 One of the models they took was the big “Frankenstein Smoking a Cigar” piece, shown up above, that I absolutely loved. 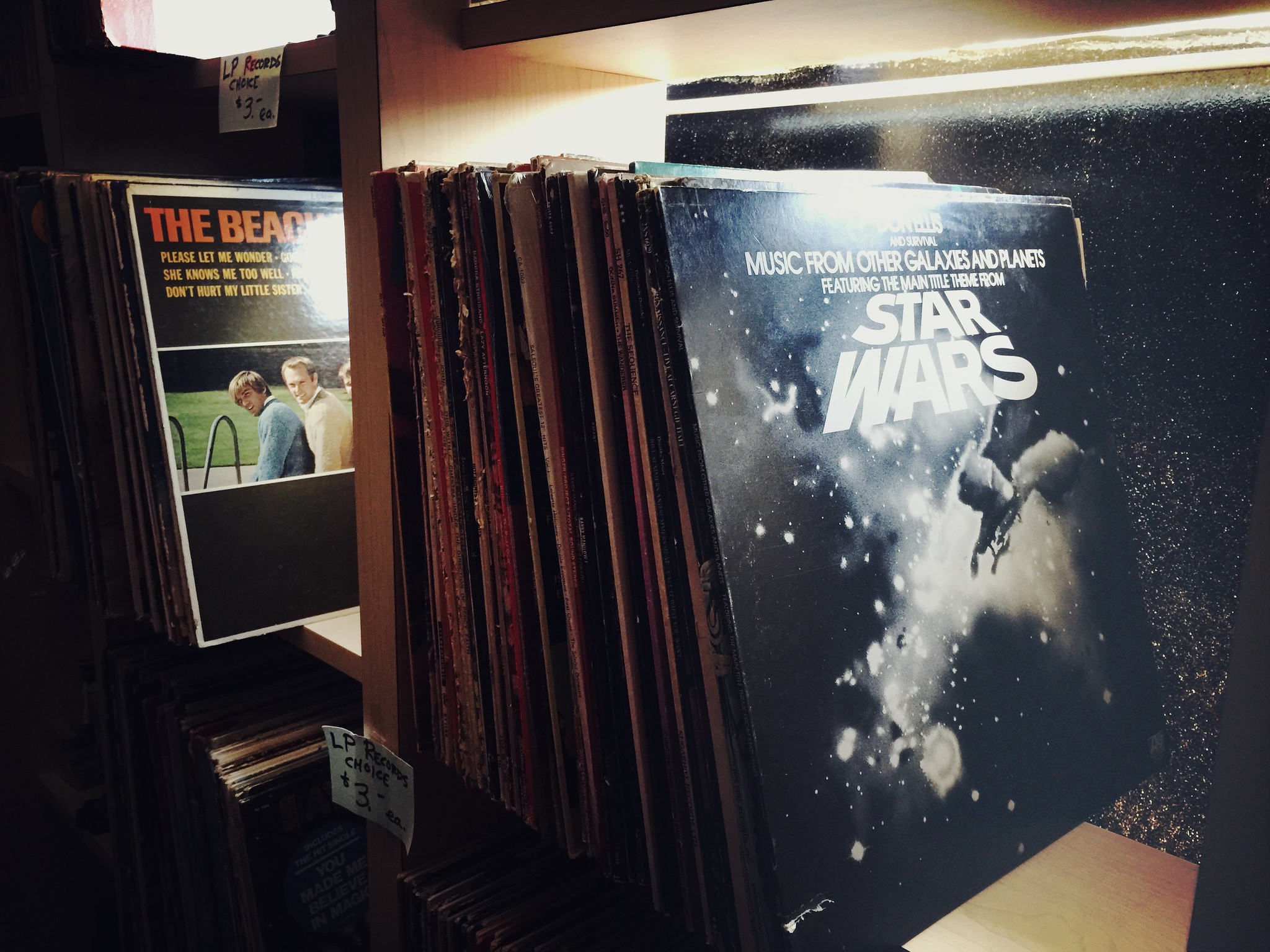 I’d been there numerous times but I still feel like I don’t have a handle on all their inventory. They had a really wide-ranging stock. Everything from toys to models; books, comics, DVDs, VHS tapes, records, cassettes, posters, t-shirts, masks, board games, dolls, ornaments, holiday decorations, genuine memorabilia and collector’s items, and some pieces that defied description. 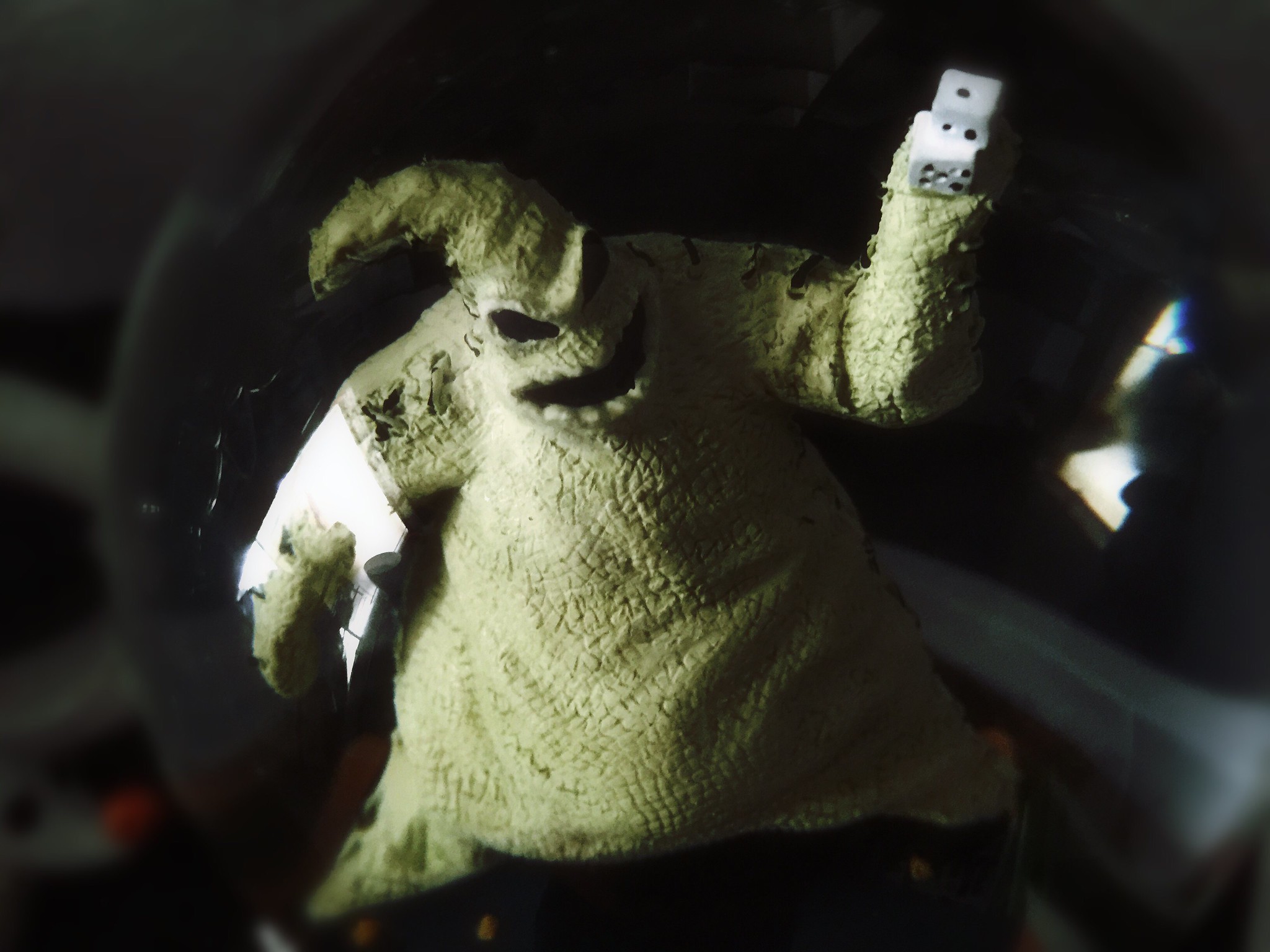 I’ve heard of similar places in Austin, TX. Hopefully one day soon I can get down there to explore the situation on the ground and see how it measures up. Maybe post some pics. Stay tuned. 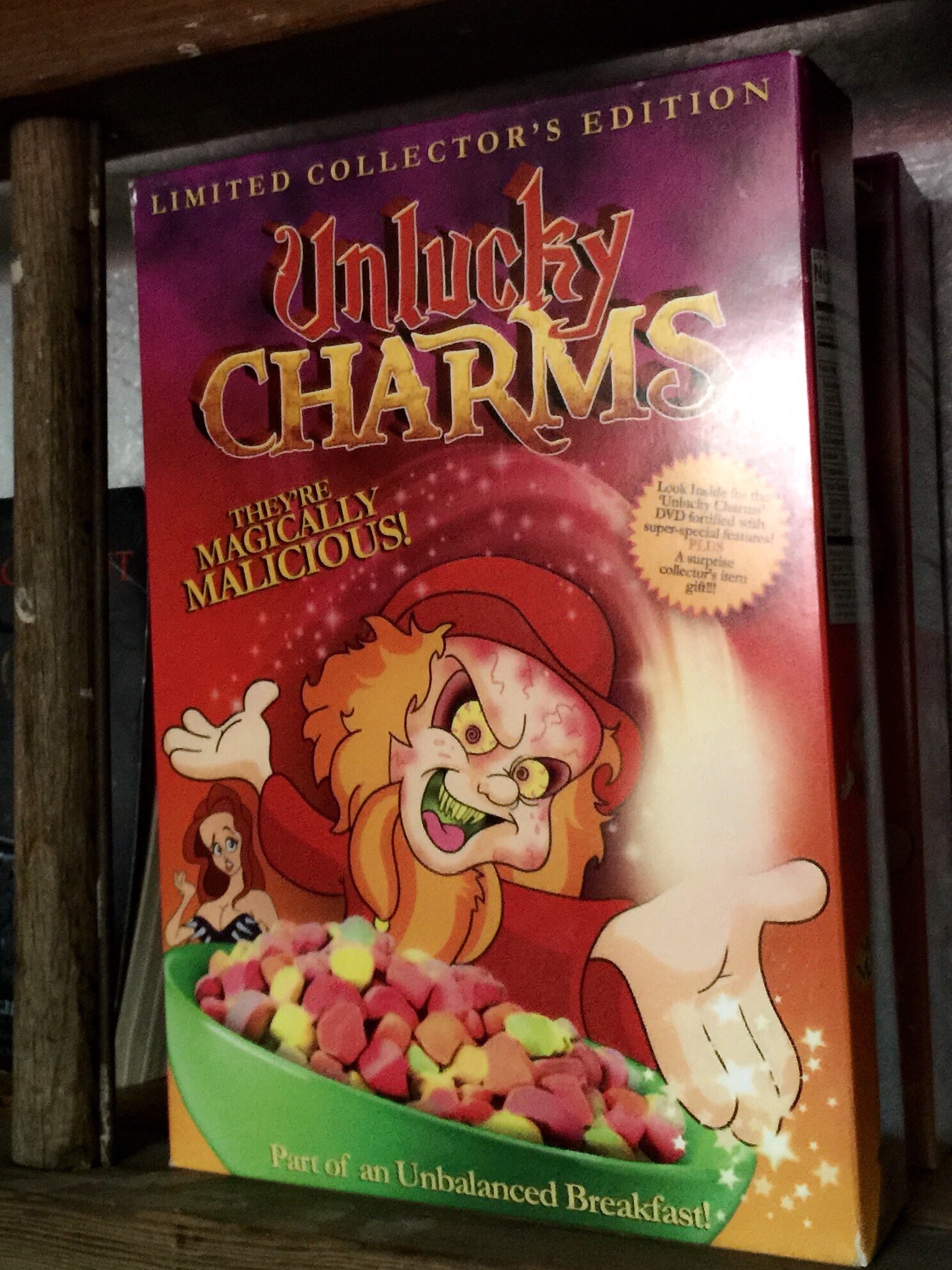 But Collector’s Crypt will always hold a special place, being the Dallas institution that it was. I still think that the visible success and continuous growth of the Horror Industrial Complex here in North Texas indicates that we can support a store of this type. 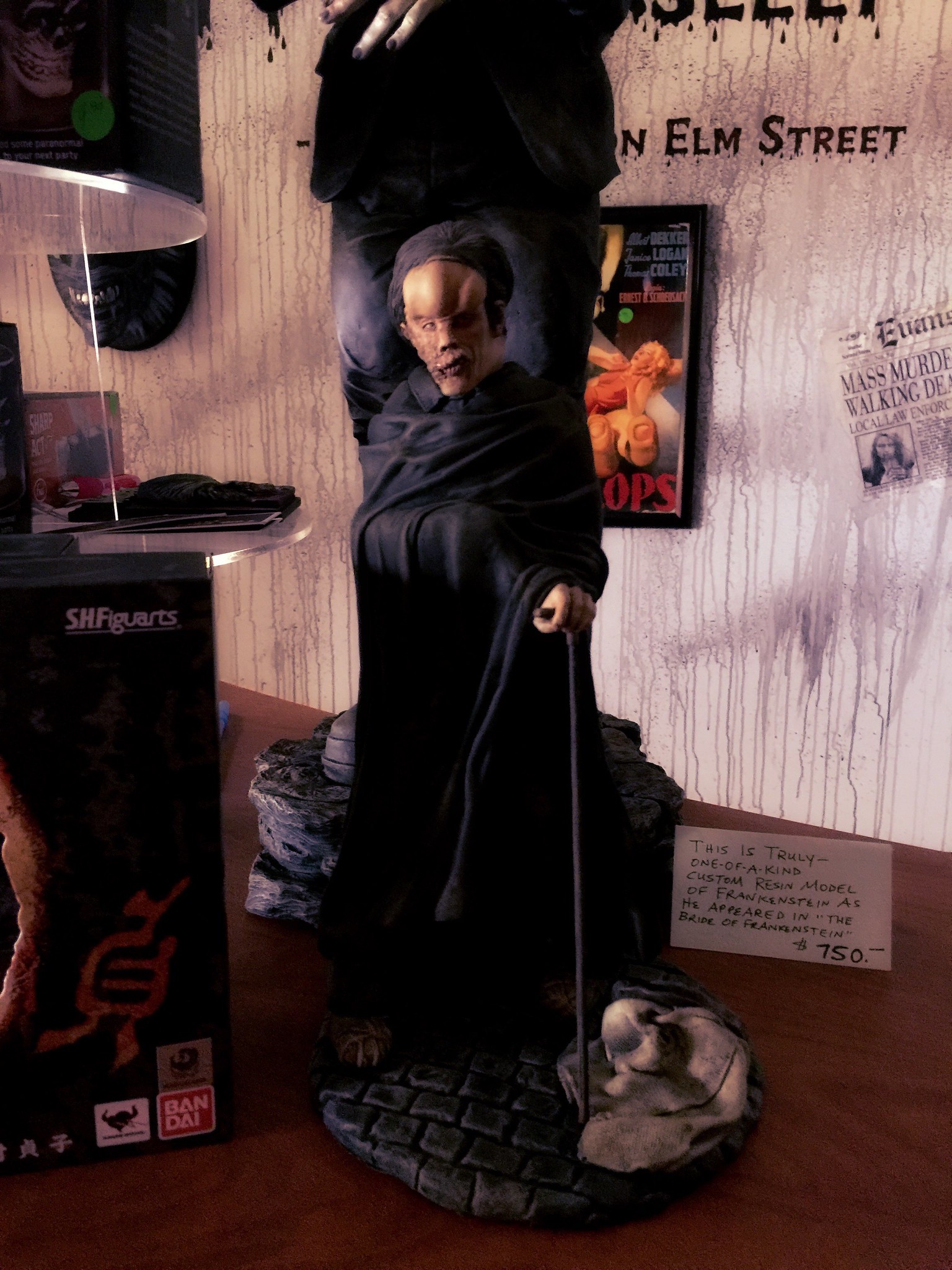 And one day, who knows? When the stars are right… 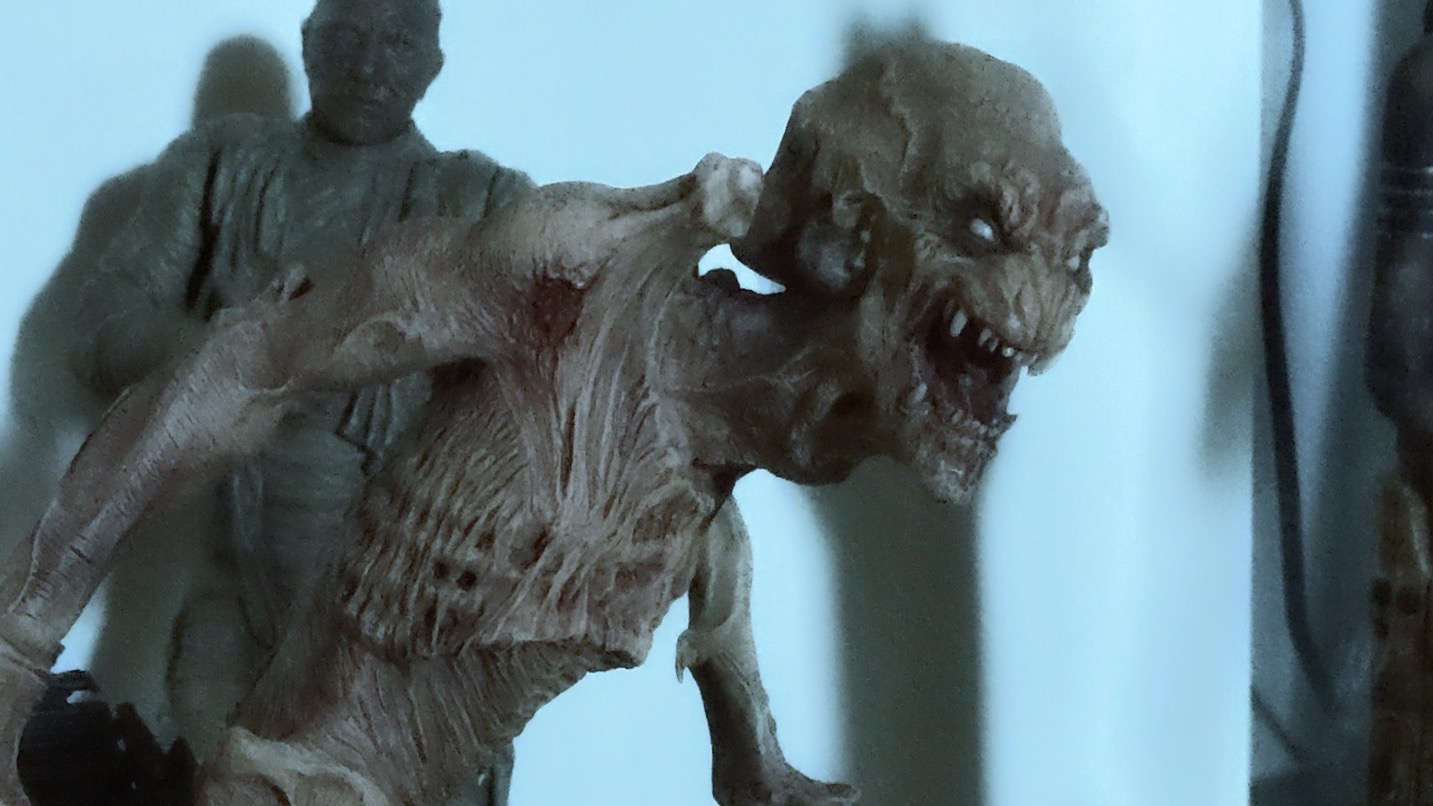 Collector’s Crypt may yet see a dark resurrection! 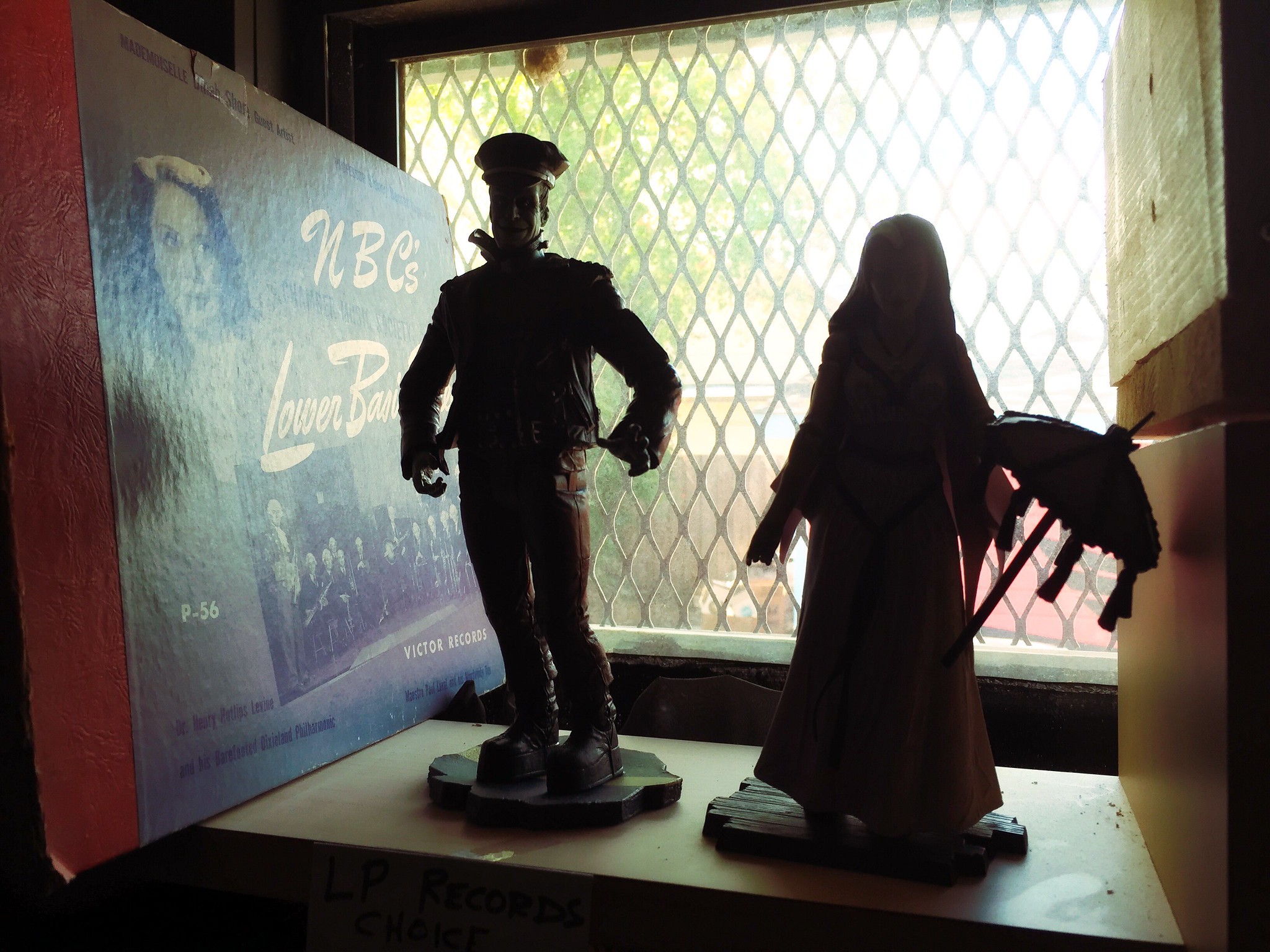 Till then, I raise my coffee cup to you, good shop, and to the fine ladies who ran it.

You can view my entire photo set from Collector’s Crypt on my Flickr.

Collector’s Crypt may be gone, but its ghost lives on in the virtual world. I am told the ladies are still selling their goods online and will soon open up a more extensive virtual storefront. I’m much looking forward to that!

Collector’s Crypt will also have a booth at the upcoming Texas Frightmare Weekend show, which promises to be a blast. The guest list is already extraordinary.