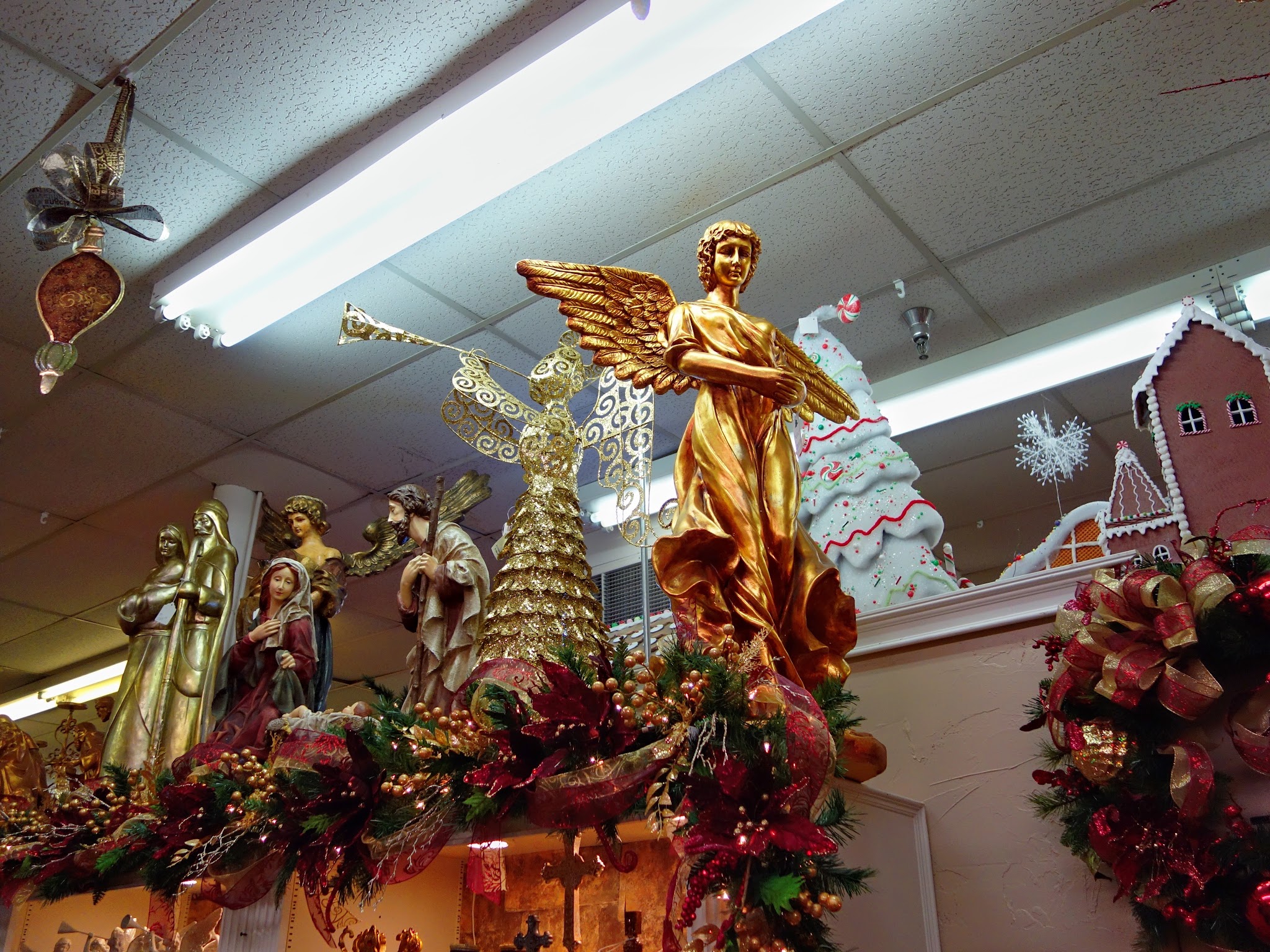 The Decorator’s Warehouse, located in Arlington, Texas, bills itself as Texas’s largest Christmas store. And it is very large. But what really impresses you upon entering the place is just how jam-packed it is with holiday and seasonal baubles, as if despite its football-field size floor space they still did not have quite enough room to fit everything.

As soon as you walk in the door you’re assaulted with holiday cheer; the entrance is rather elaborately decorated and serves as both a picture station and portal of sorts into this alternate dimension that feels something like Santa’s attic.

Their stock ranges from the interesting and obscure to frou-frou items for fancy lovers of antiques. One thing for certain is that you won’t find any of it at your local Target. The inventory is stacked so high above your heads it can make you feel like a child at times. 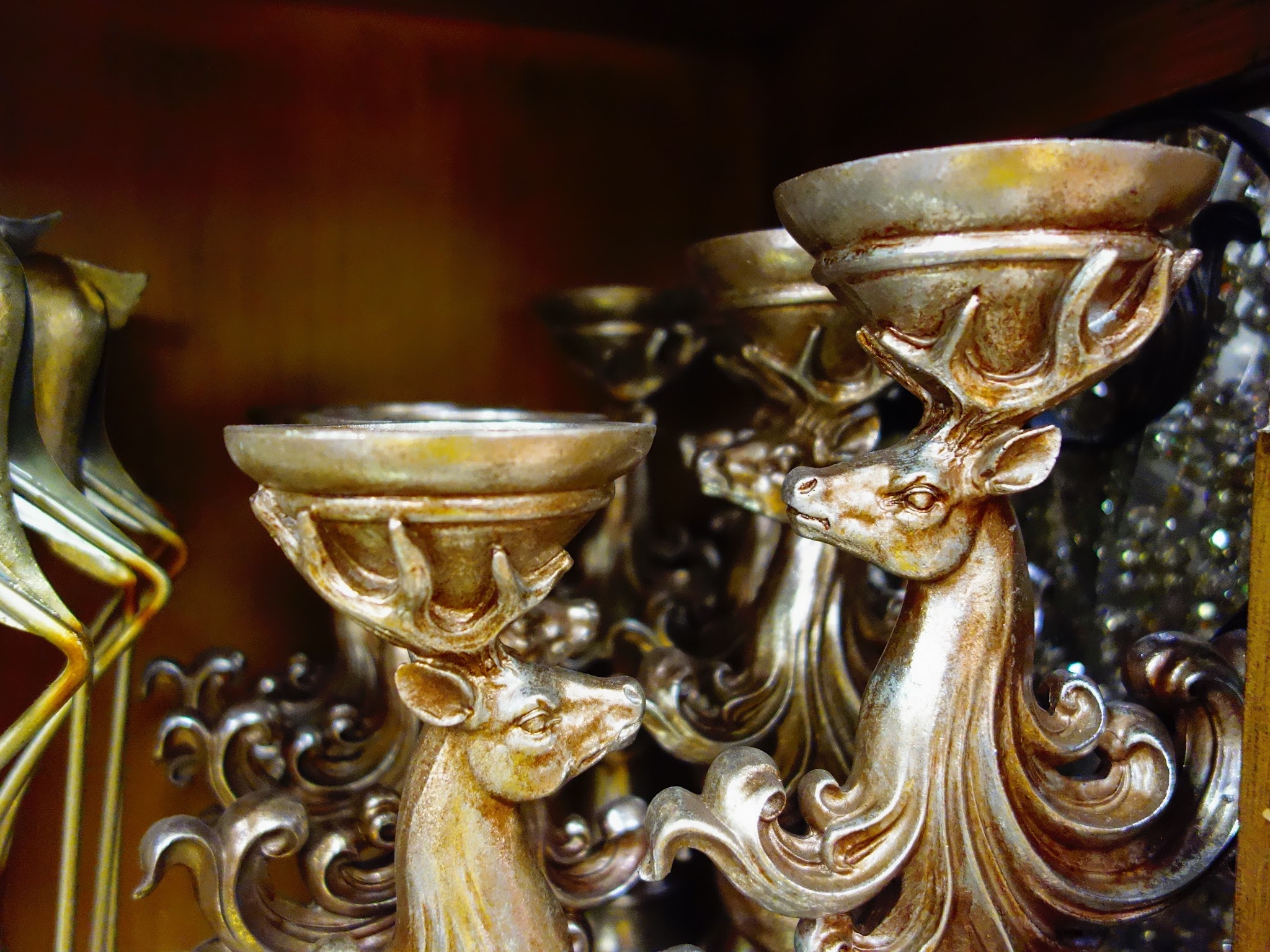 The forest themes that predominate in part of the store have an almost Narnia-like quality; like you’ve stepped through the wardrobe and now find yourself wandering through C. S. Lewis’s land of fantasy. Christmas was a strong theme in that book as well, as I recall. 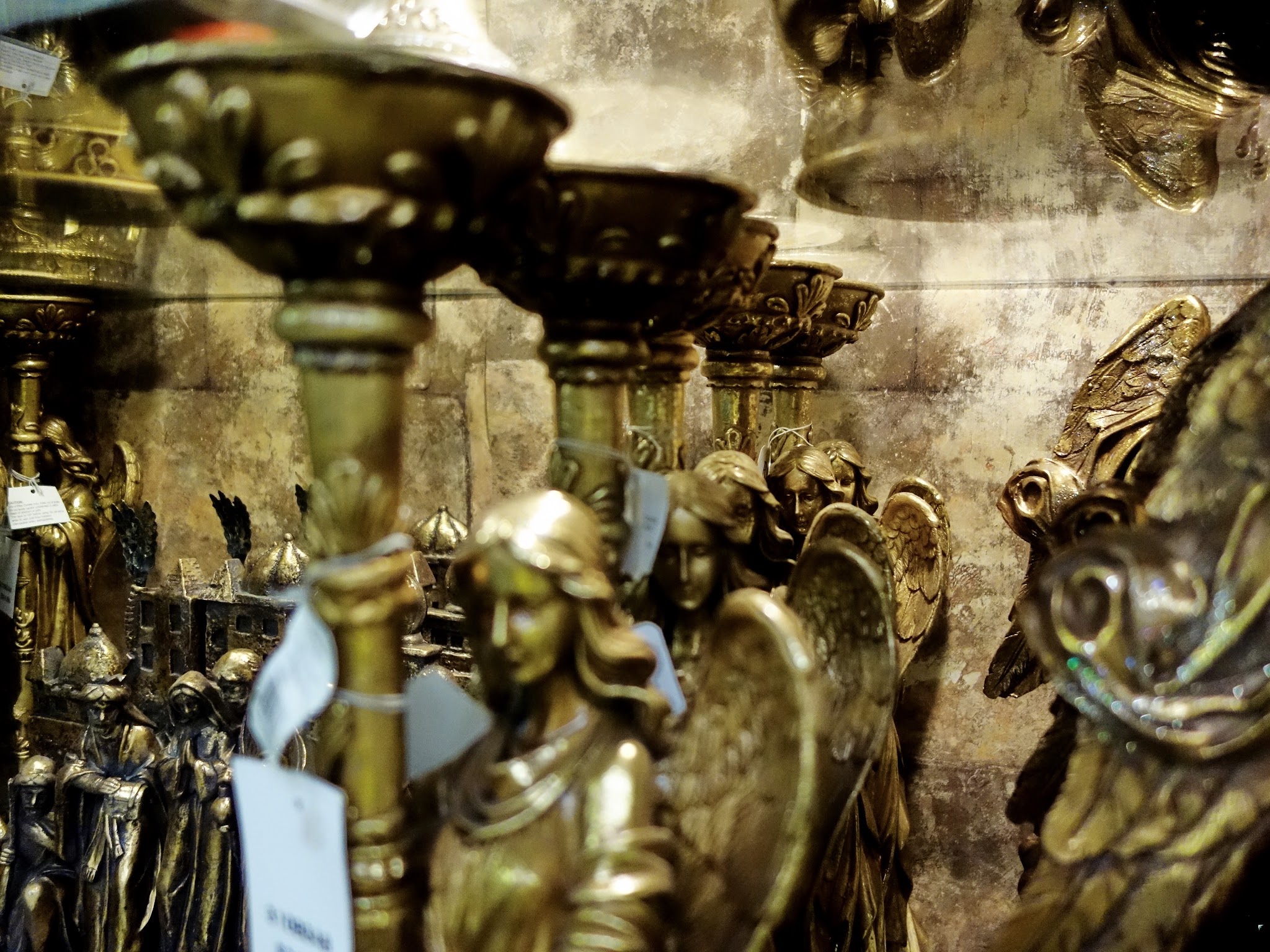 Angels with their lamps announce the birth of the Christ-child. December is in the very wood and mortar of this place.

The Christmas lights. Rows and rows of trees decorated with the latest LED adornments. Most of the lights not only alternate brightness, but can actually change colors. It’s a much subtler and more sophisticated look than I remember from my childhood. I’m wondering whether Charlie Brown would appreciate that or not. 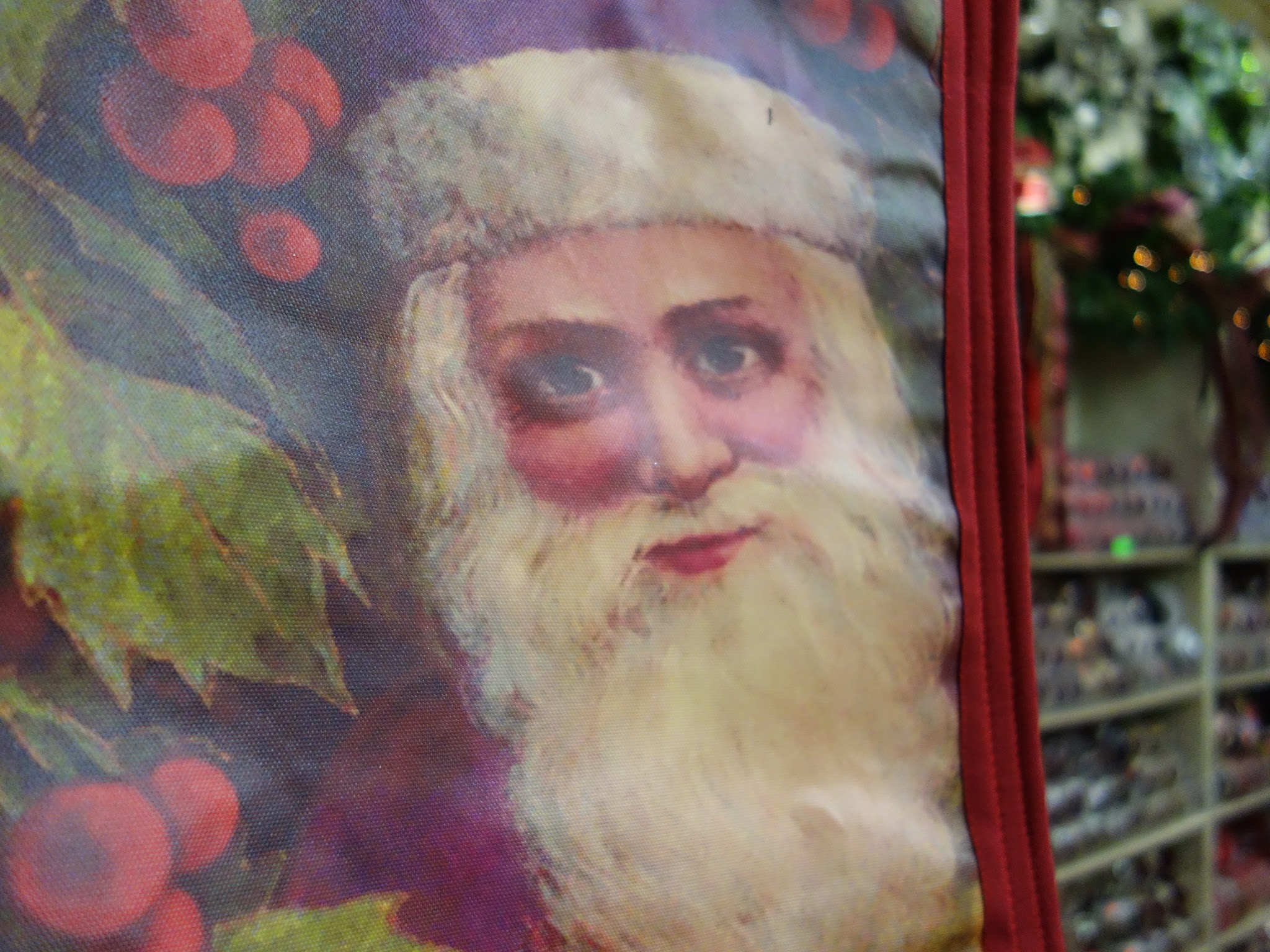 After staring at this picture of Santa on the back of a tote bag for a couple of minutes, I became distinctly uncomfortable and found myself averting its strange and powerful gaze. 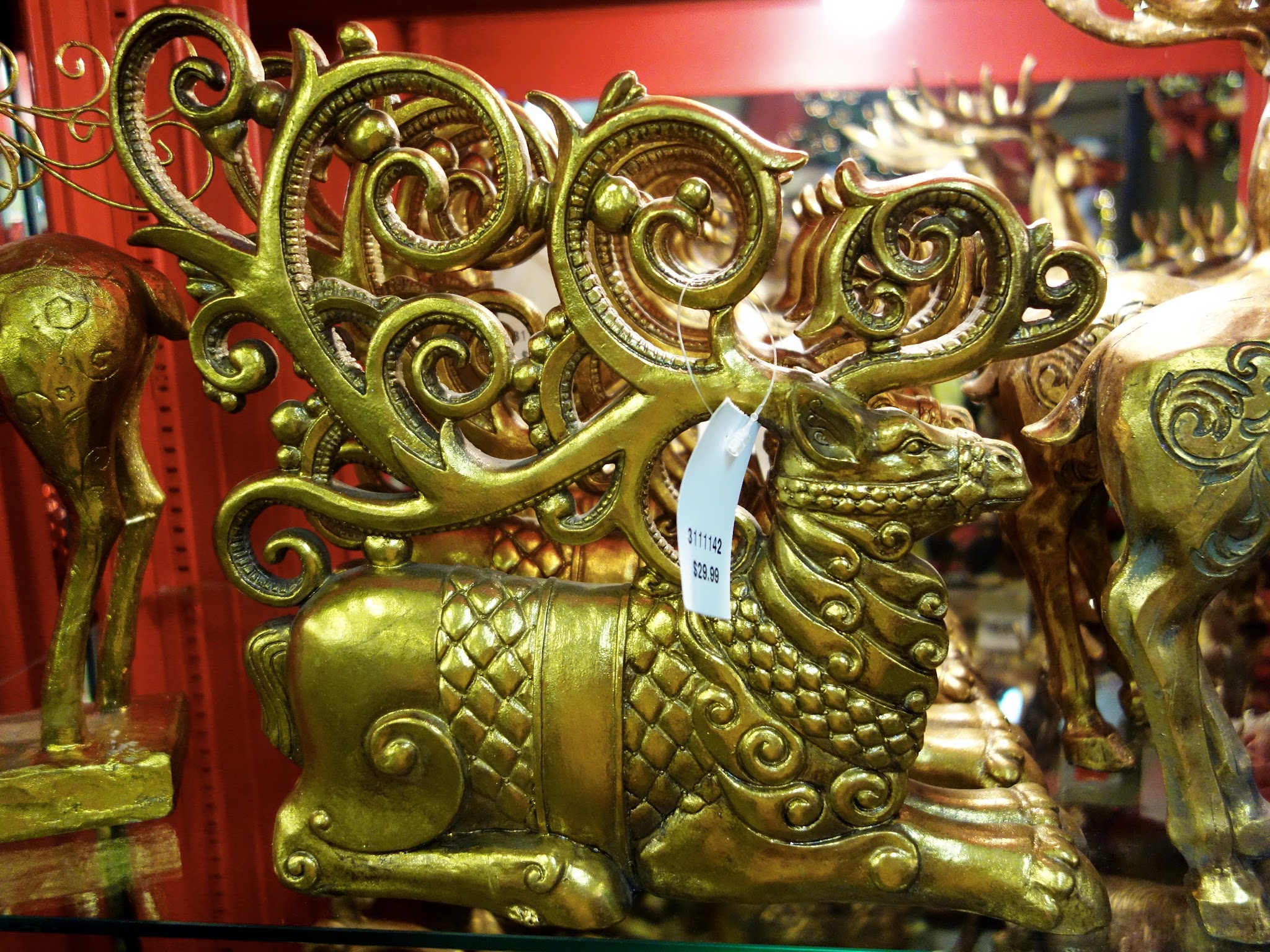 Deer are one of the true icons of the Christmas season, and it is good to see them respected in these elaborate and stylized decorations. 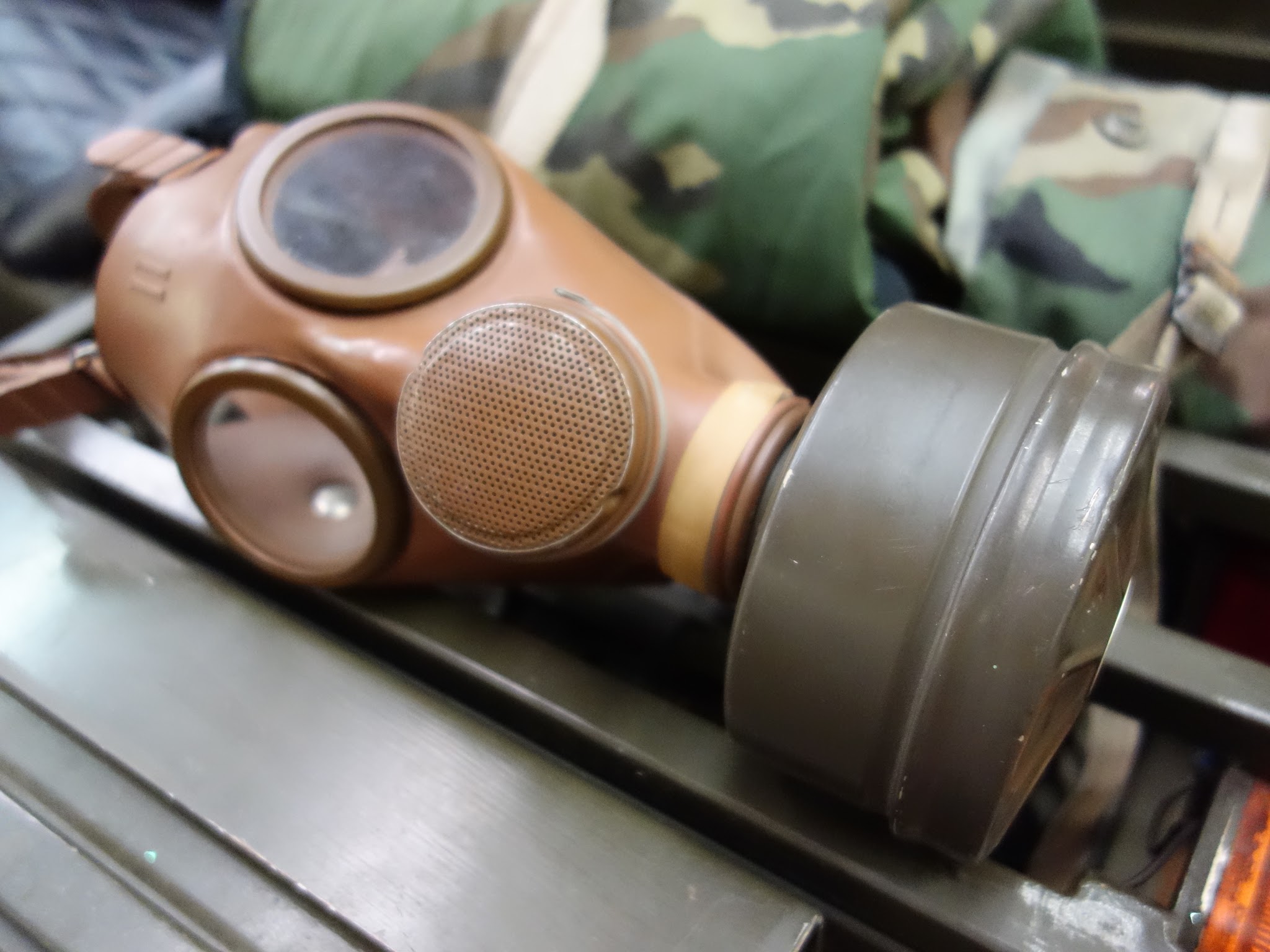 All sorts of oddities abounded at this place. So much more than was possible to capture. This came from a themed Christmas display for military families. 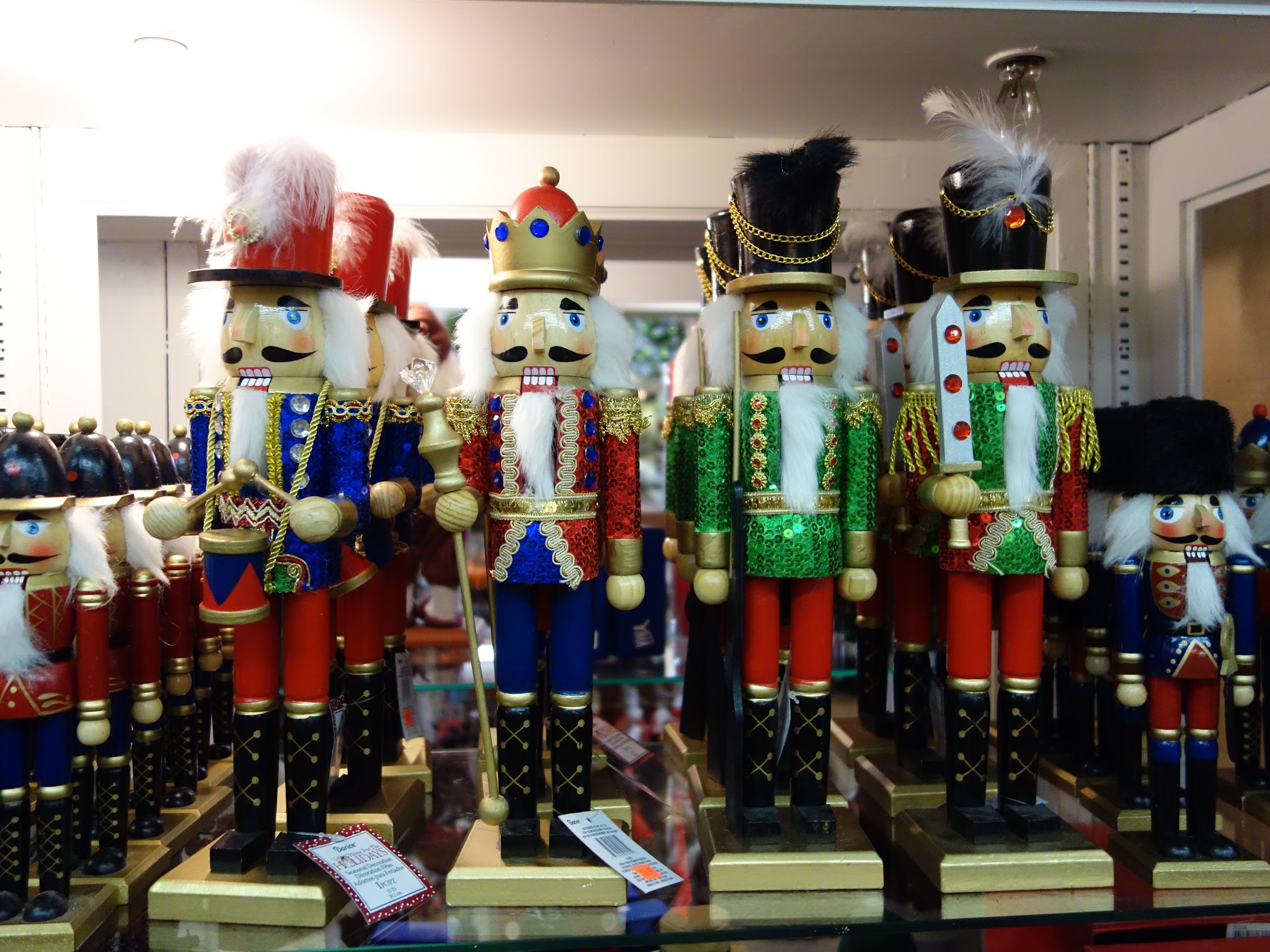 Now sure how the German tradition of the Christmas Nutcracker began. Roasting chestnuts round the fire? I hear that many people collect them. There was of course a large variety. 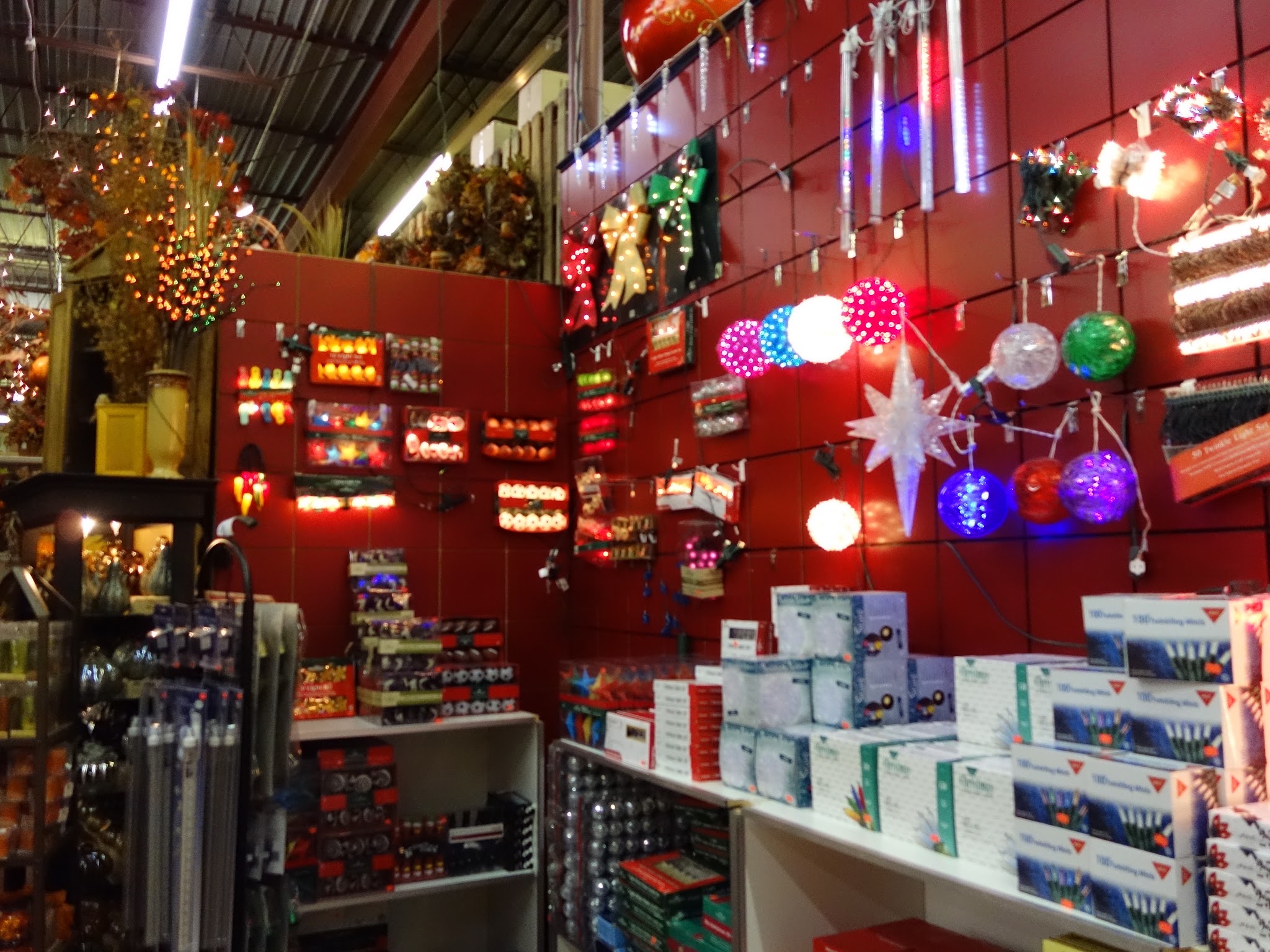 This was a spot near the back of the store reserved for lit ornaments and other tree decorations. 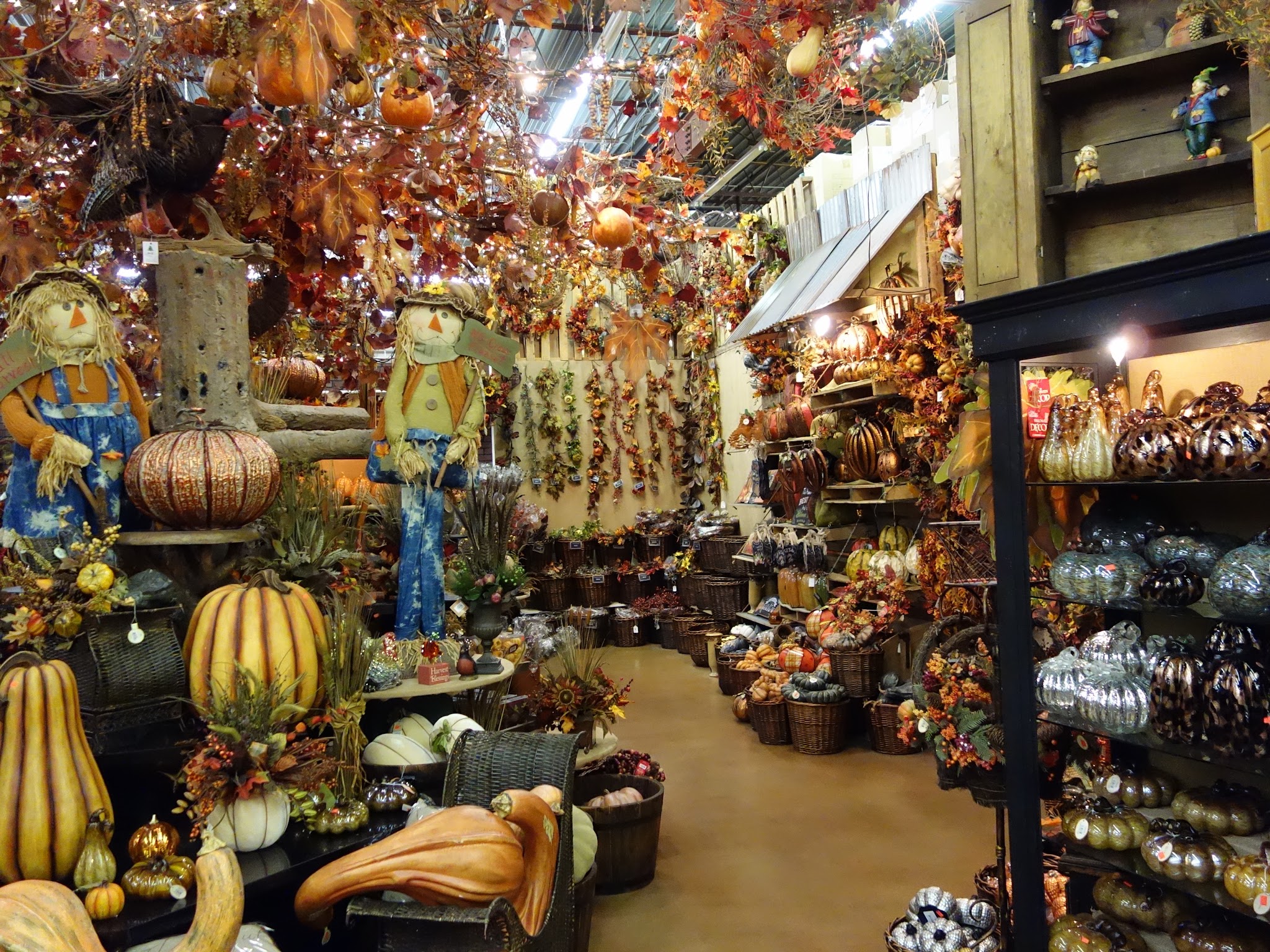 ..and around the corner was the section reserved for fall decorations. We met a friendly lady there who informed us that they wouldn’t be selling Halloween decorations this year, as they apparently didn’t sell very well last year, and they needed the space for more fall-centric stuff. 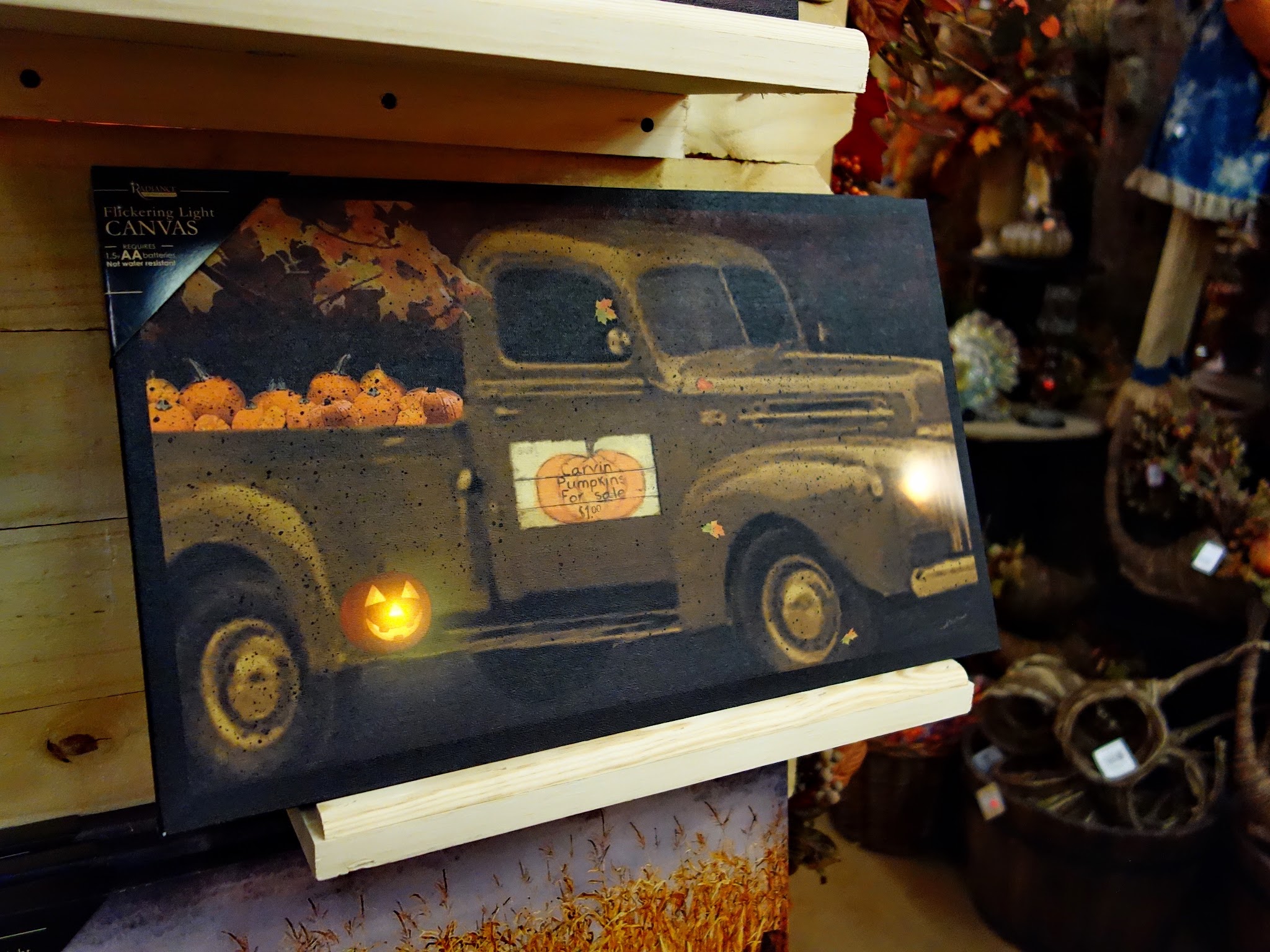 One of the main reasons we visited was the promise of a Halloween collection unparalleled in the city. They still had pictures online from last year, and it was pretty breathtaking. This little picture was illuminated by hidden lights, and was about the only true Halloween item in the place. 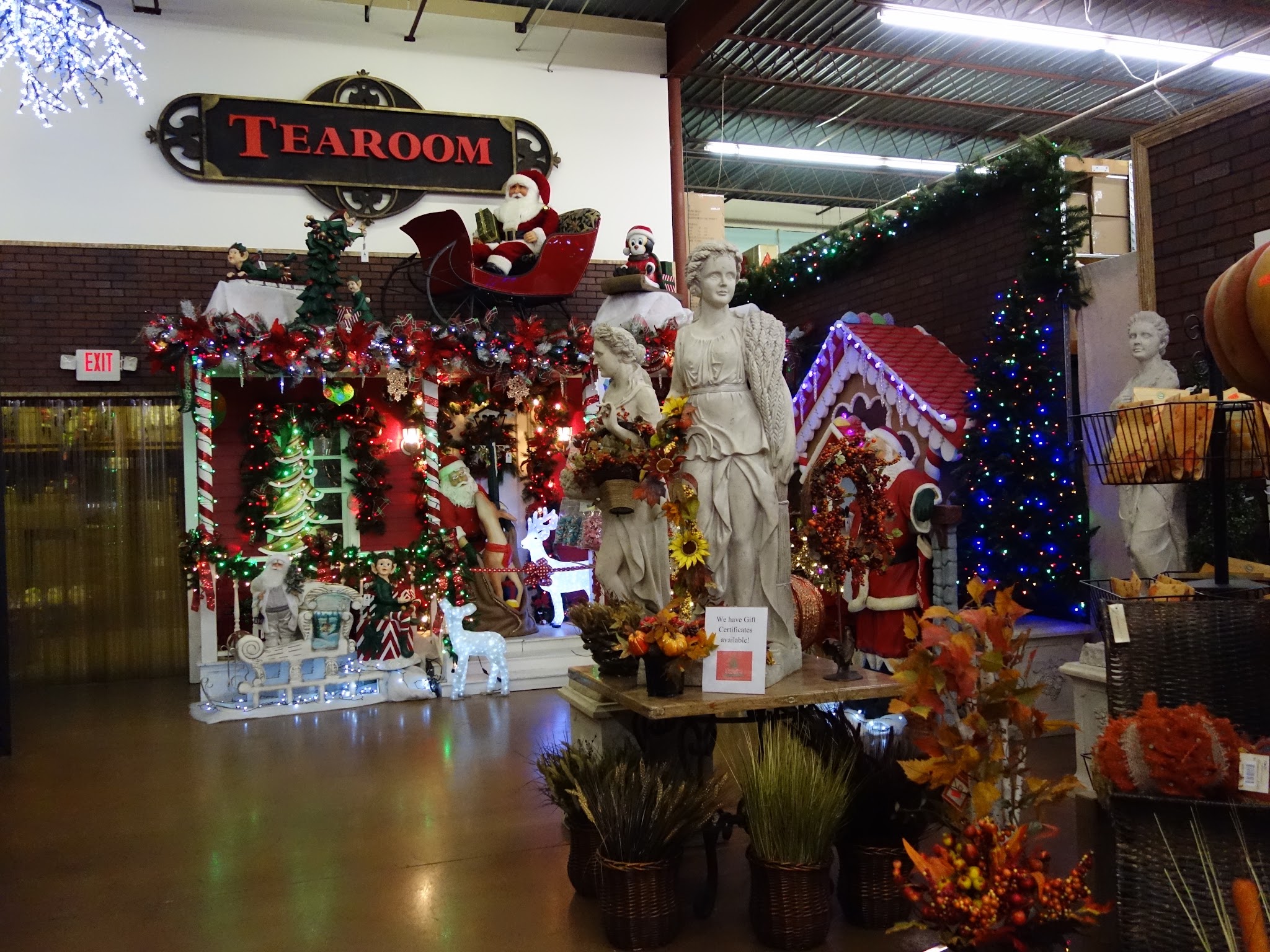 There is also a cozy little restaurant, but we didn’t stop to eat. 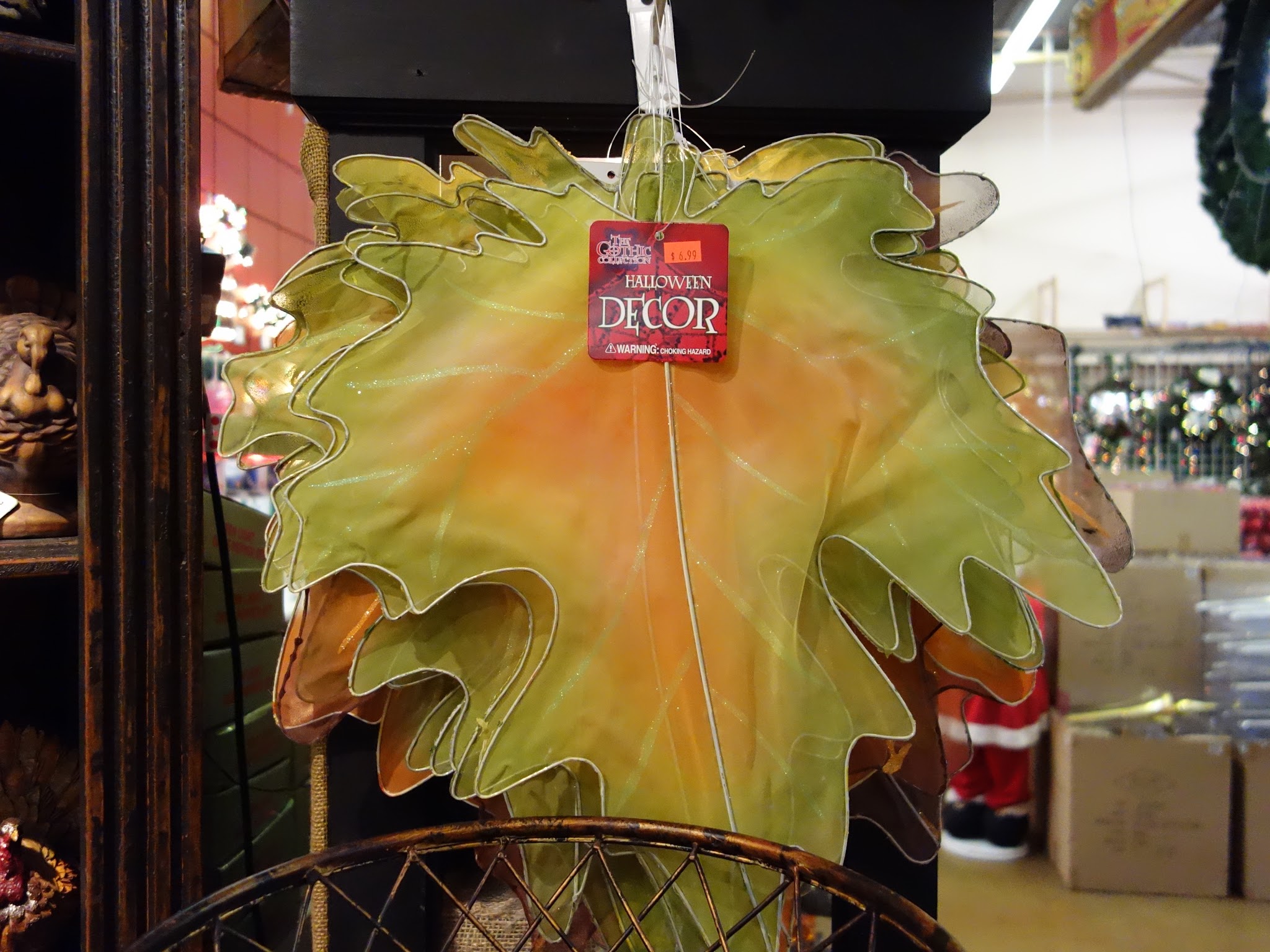 There was also this rather large fake leaf that advertised itself as a Halloween decoration, but who was it kidding? For folks into fall decor, though, this was a something of a paradise. Not only were you surrounded on all sides by pumpkins, scarecrows, and brightly colored leaves, but the whole place smelled of cinammon. 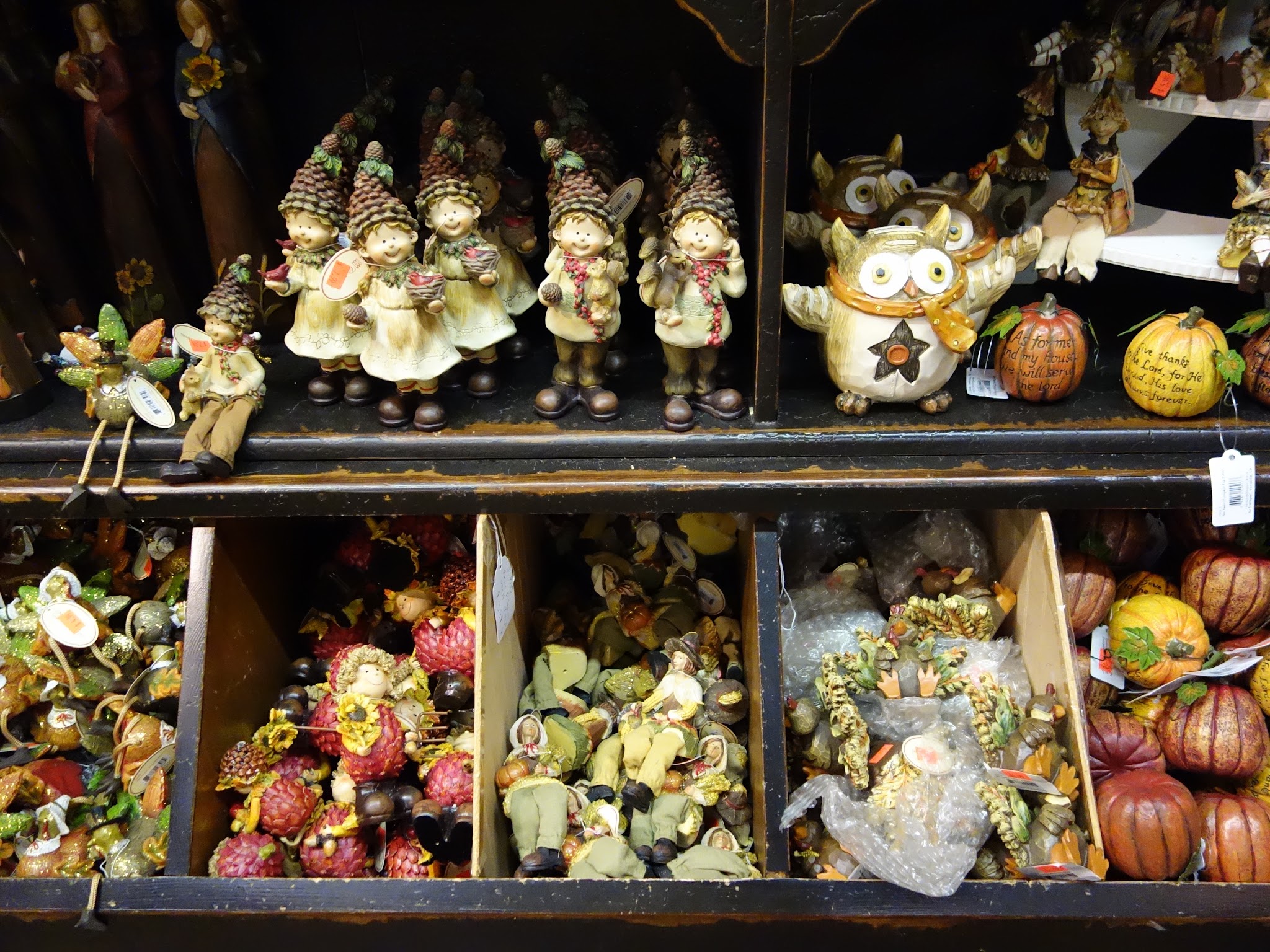 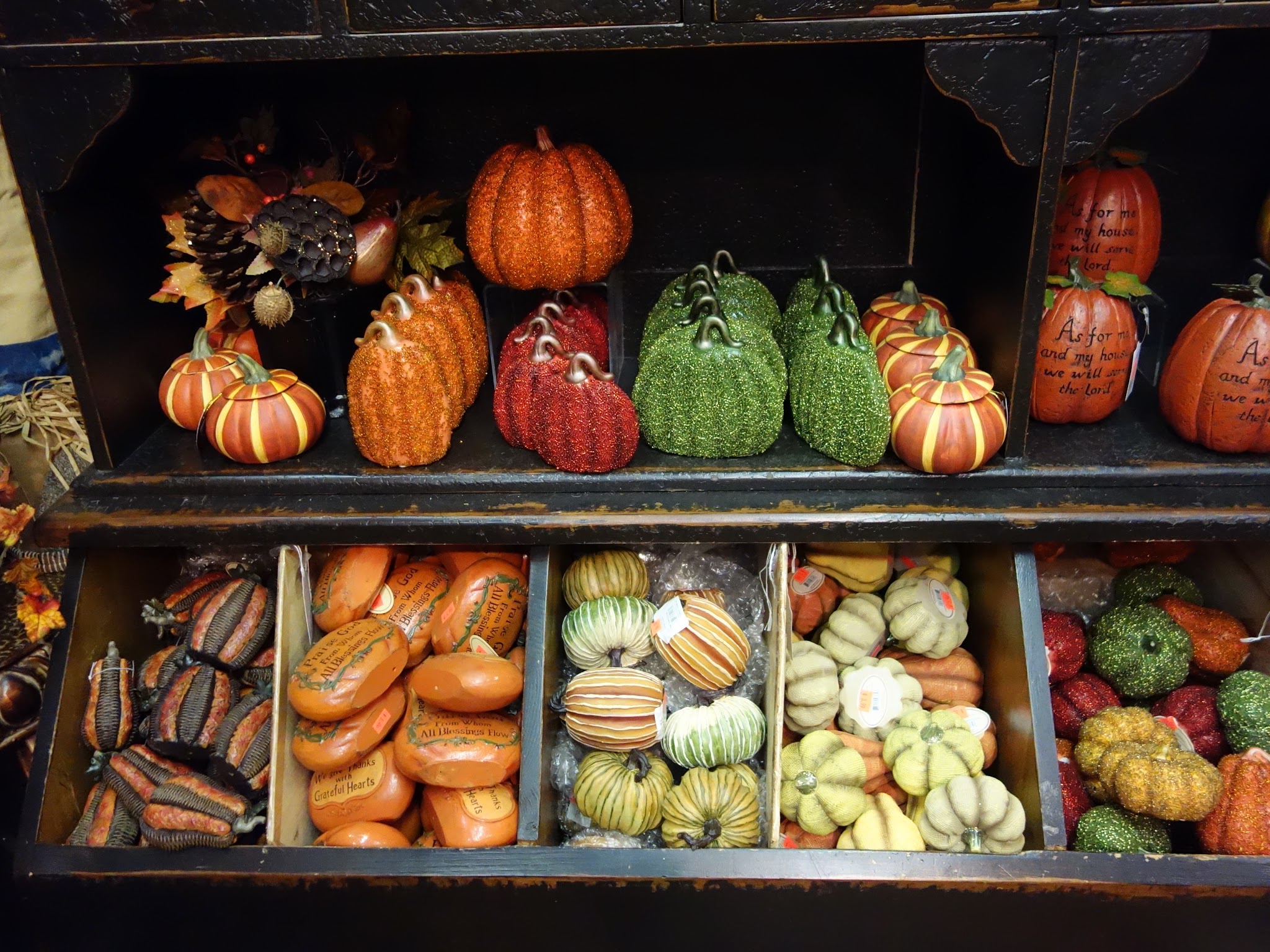 There were so many varieties of gourds and decorative pumpkins, everything from wood to plastic to metal to cloth and papier mâché. 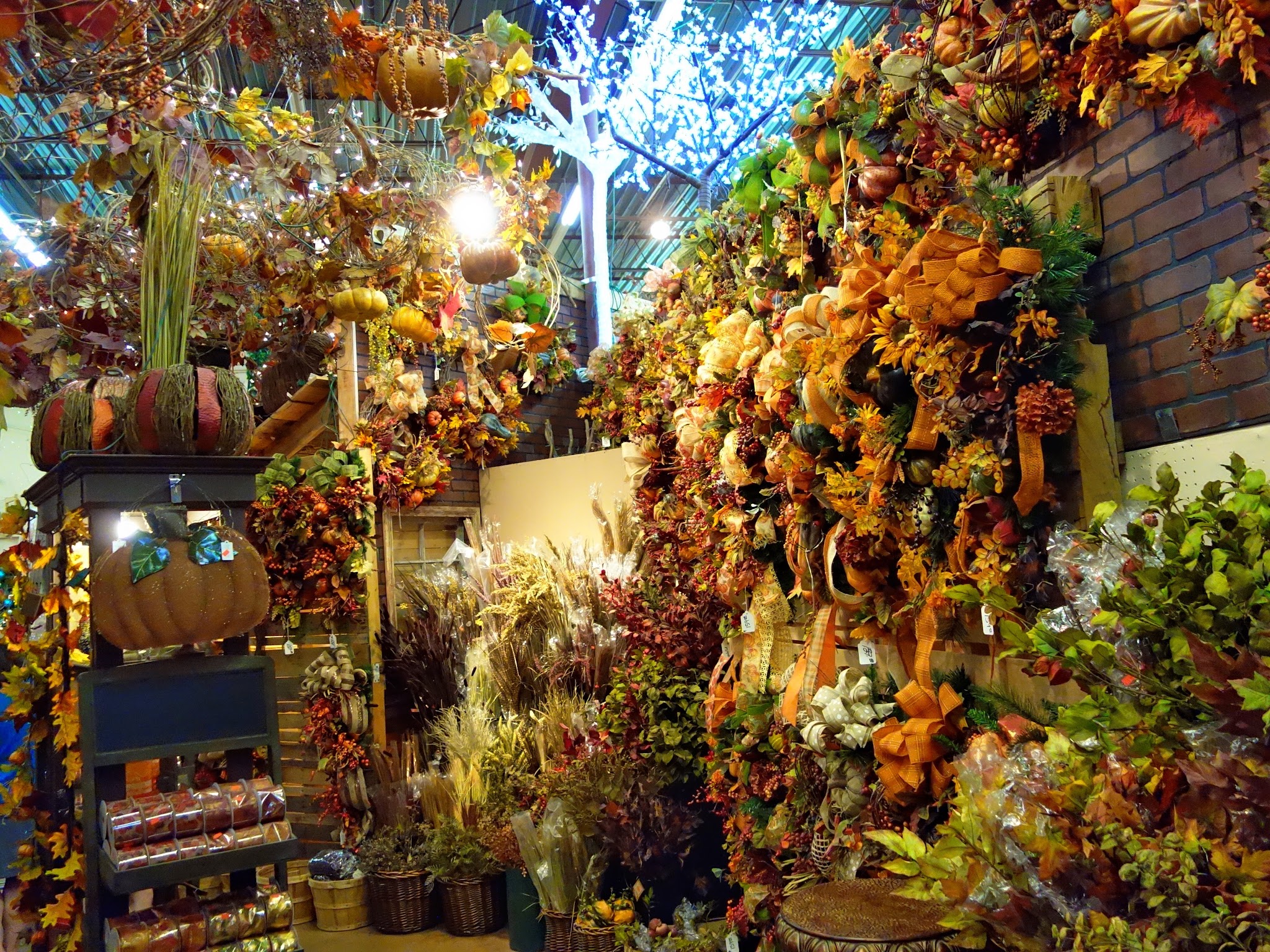 For anyone looking to surround themselves in an overwhelming fog of seasonal delights, I would recommend making a visit to the Decorator’s Warehouse. It is a sensory overload at the end of which you will most likely want a mug of hot chocolate.