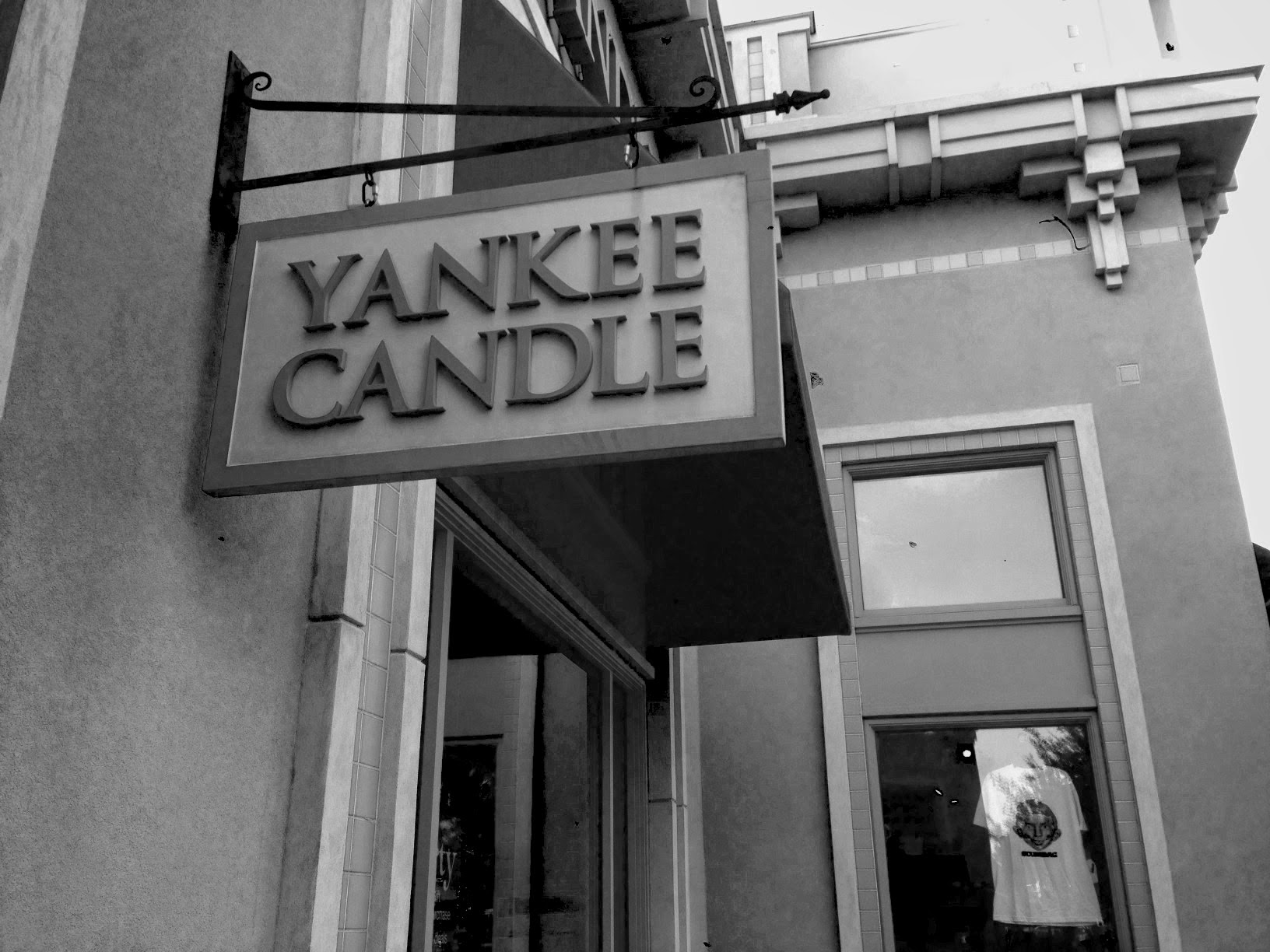 Yesterday Yankee Candle had a special one-day preview of their upcoming Halloween 2014 collection, and we dropped in to get a look. Thanks to PerkyJewels on Twitter for the tip-off! 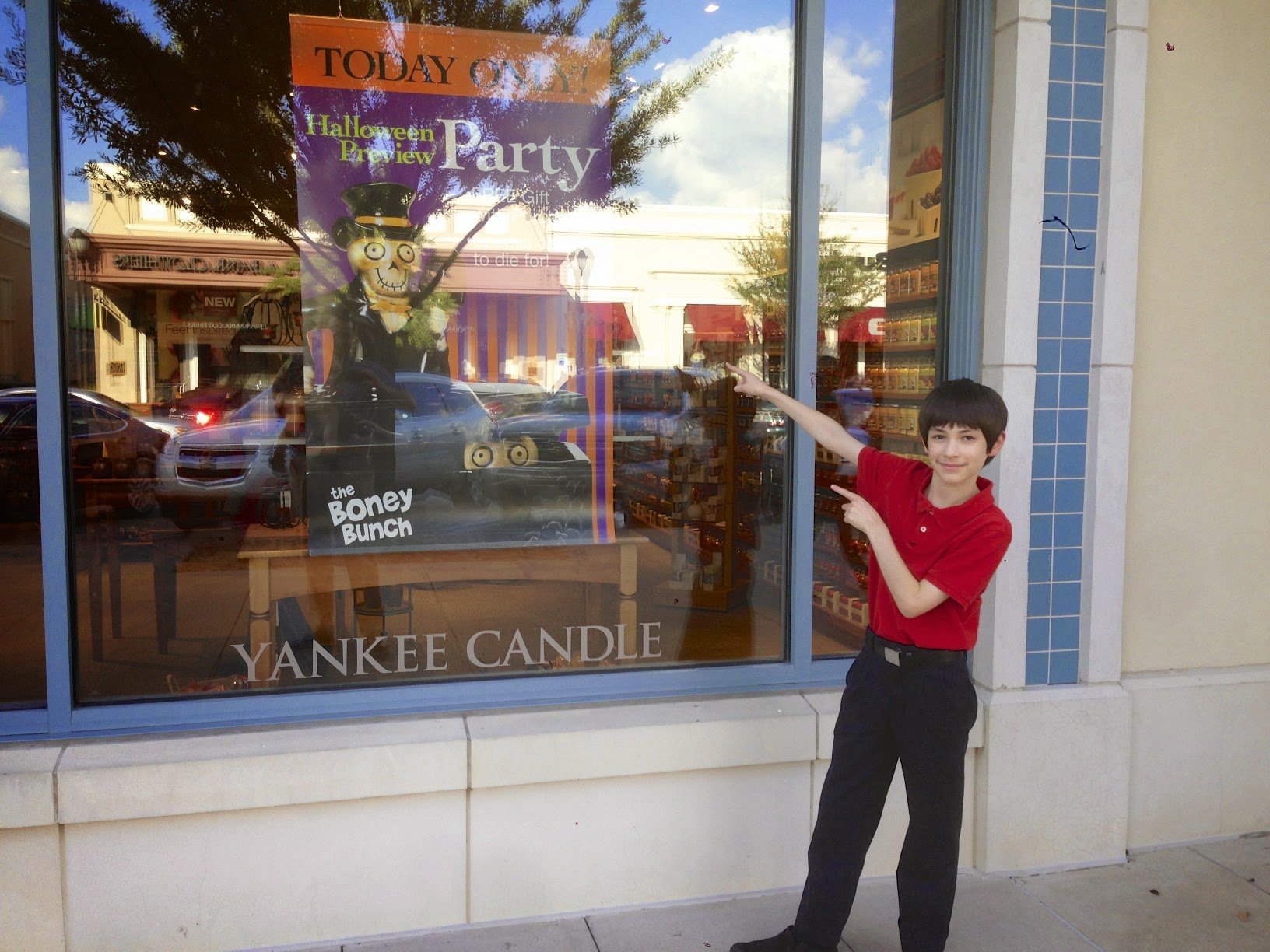 Tragically, most of the “Bonies” decorations were sold out by the time we got there. We were told by staff that most of the merchandise was gone within the first half-hour of the store opening, so that should show you the amazing pent-up demand for Halloween this year. Hope it translates into a great trick-or-treating experience. 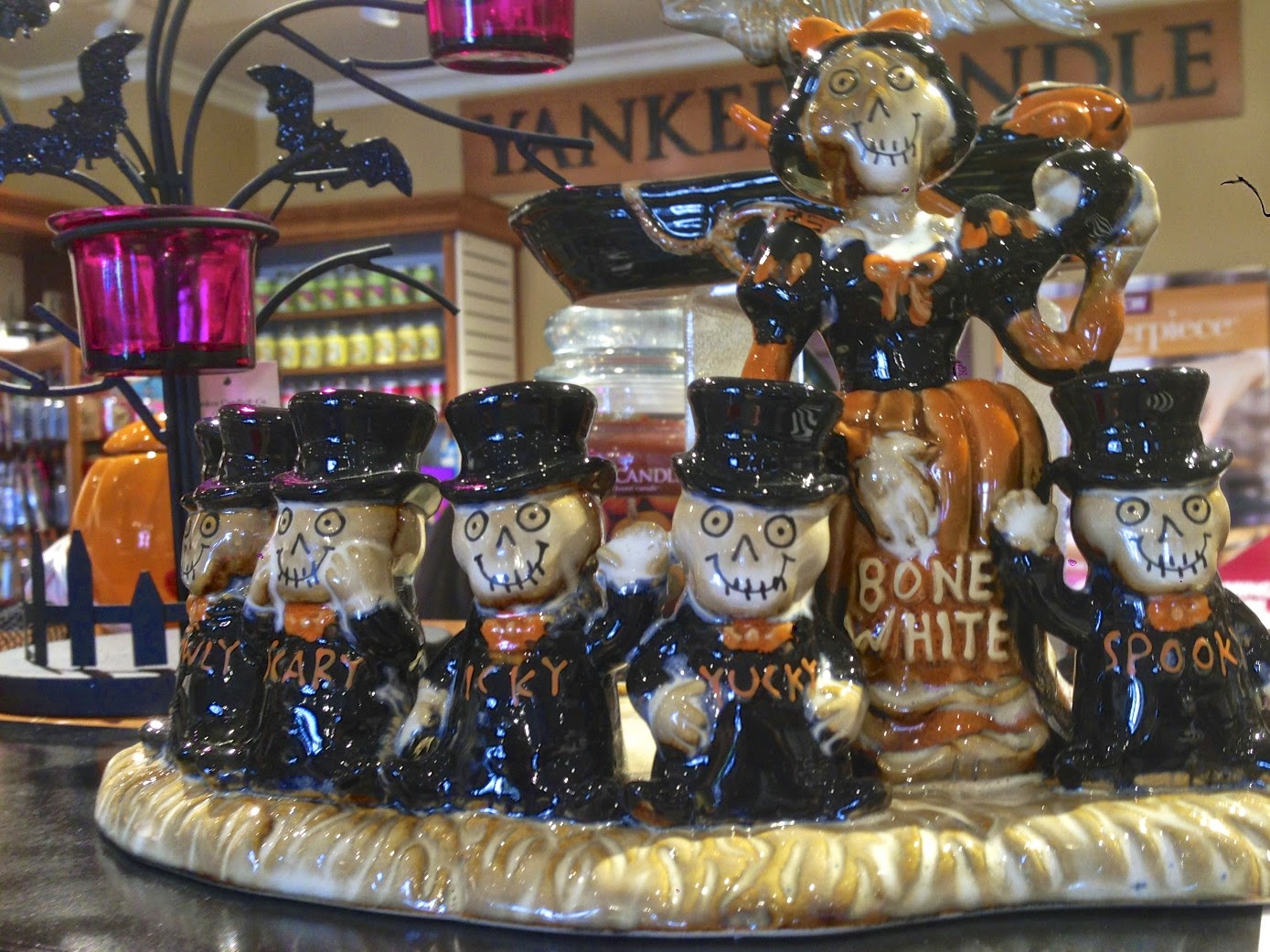 Still, though, we managed to see some cool stuff. This little witch made a pretty good piece, especially if you’re into scented oils, which the Mrs. is decidedly not! 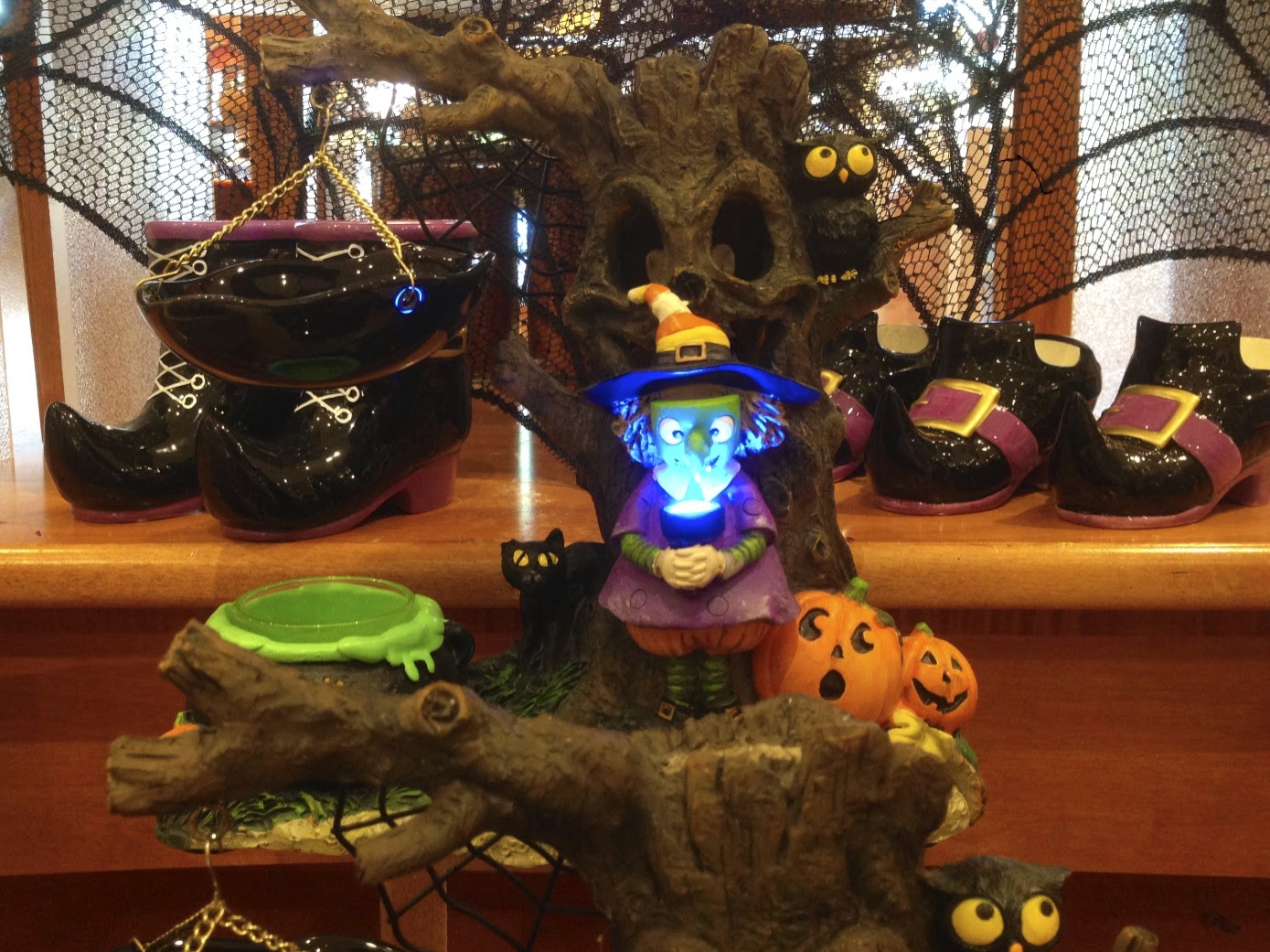 This is one that I might return and get as a surprise for her, even though it’s another scented oil thingy. The stacked books would work well in our home office, and we both love ravens as a Halloween theme. They were very big last year in particular. 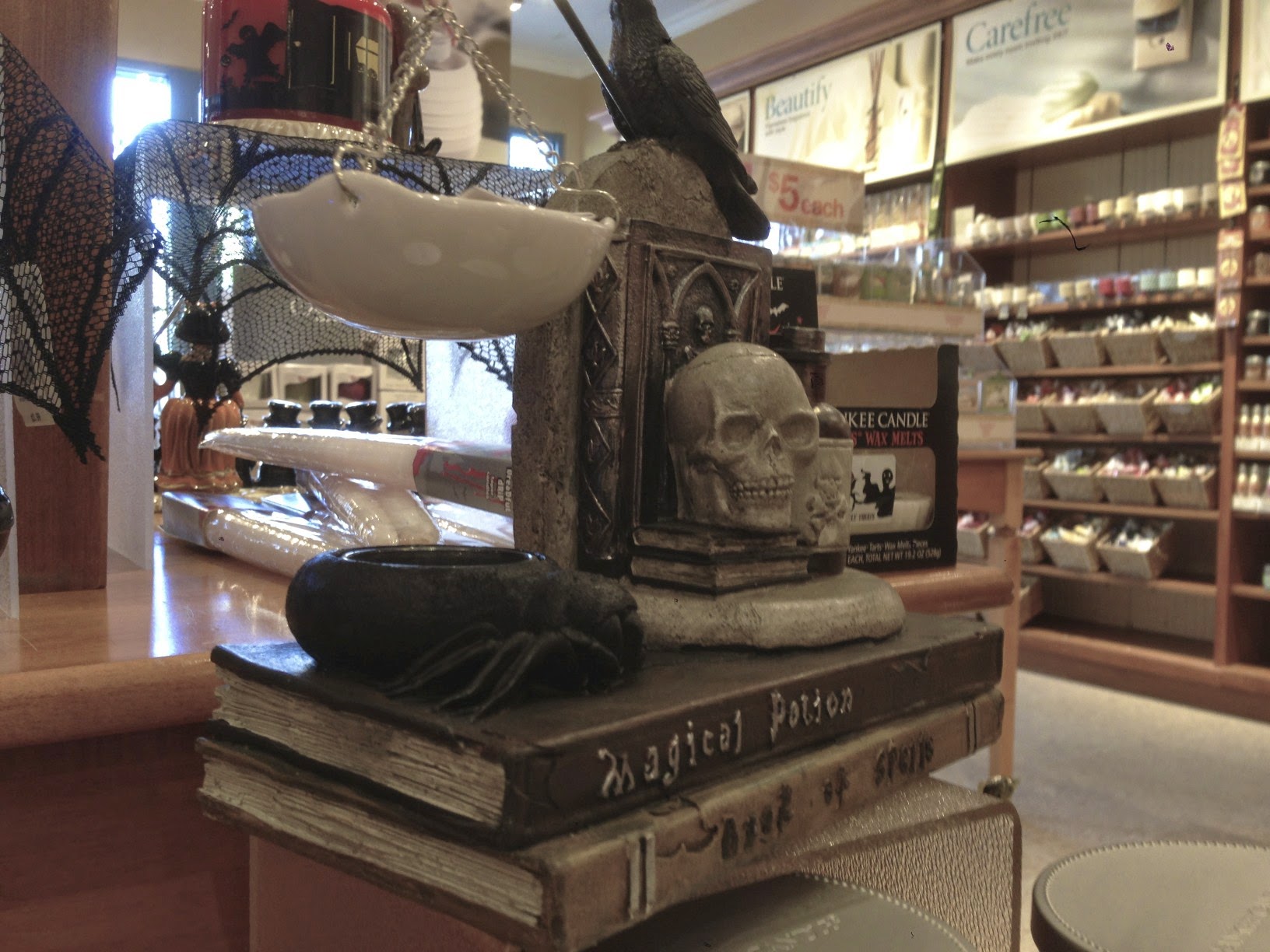 More scented oil dispensers. I believe these were of the plug in variety. I wasn’t too keen on these because of the inverted colors for the jack o' lanterns. Doesn’t work! 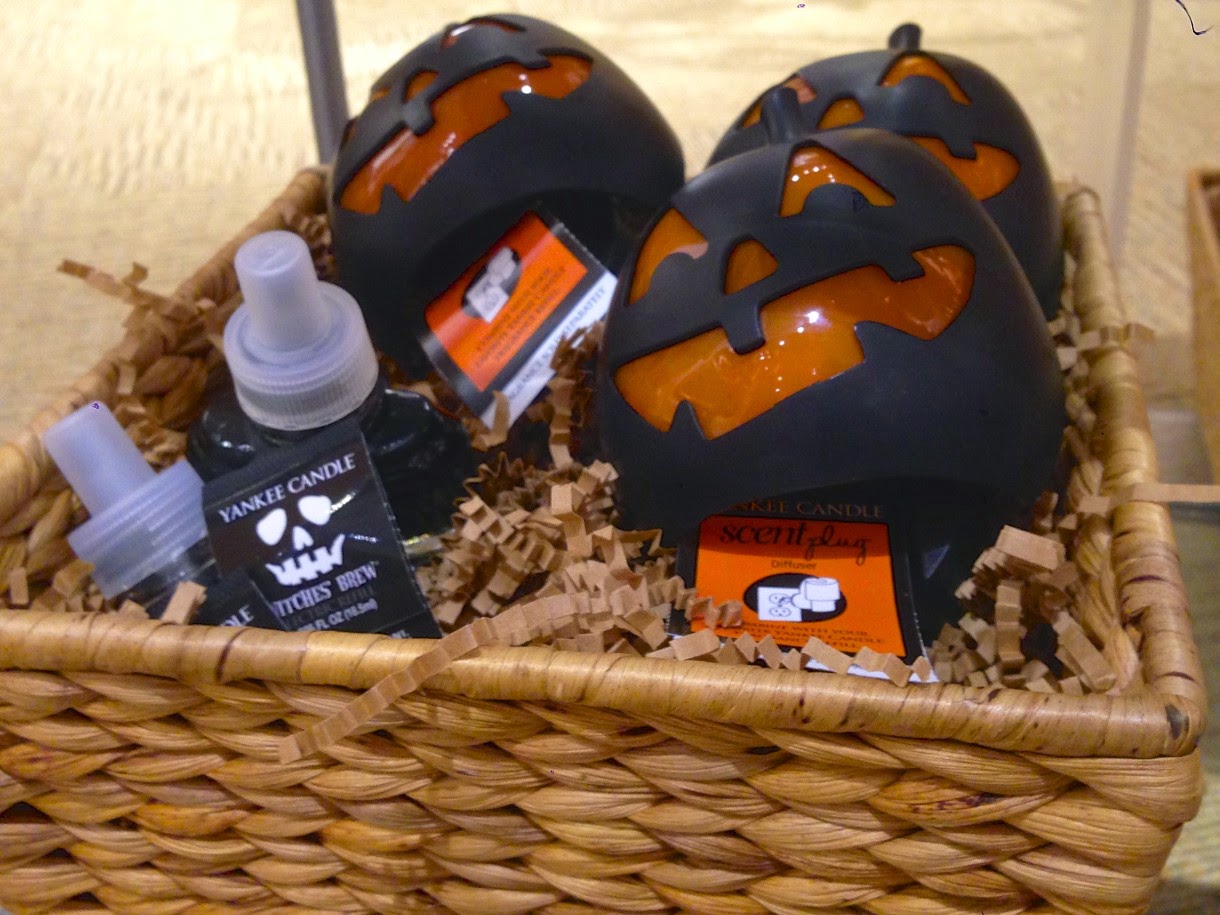 I was kind of disappointed that these were the only three candle scents offered. The candy corn had a light, sugary smell. Pleasant, but not overwhelming. The Ghostly Treats smelled like marshmallows, but was very subtle. The label and milky color were probably my favorite of the three. The Witches Brew had a rather strong smell of burned incense. Not bad, but ashy. They also threw Pumpkin Spice and Midsummer Nights into the mix, but those are really a year-round thing. I would have appreciated a few more unique scents. 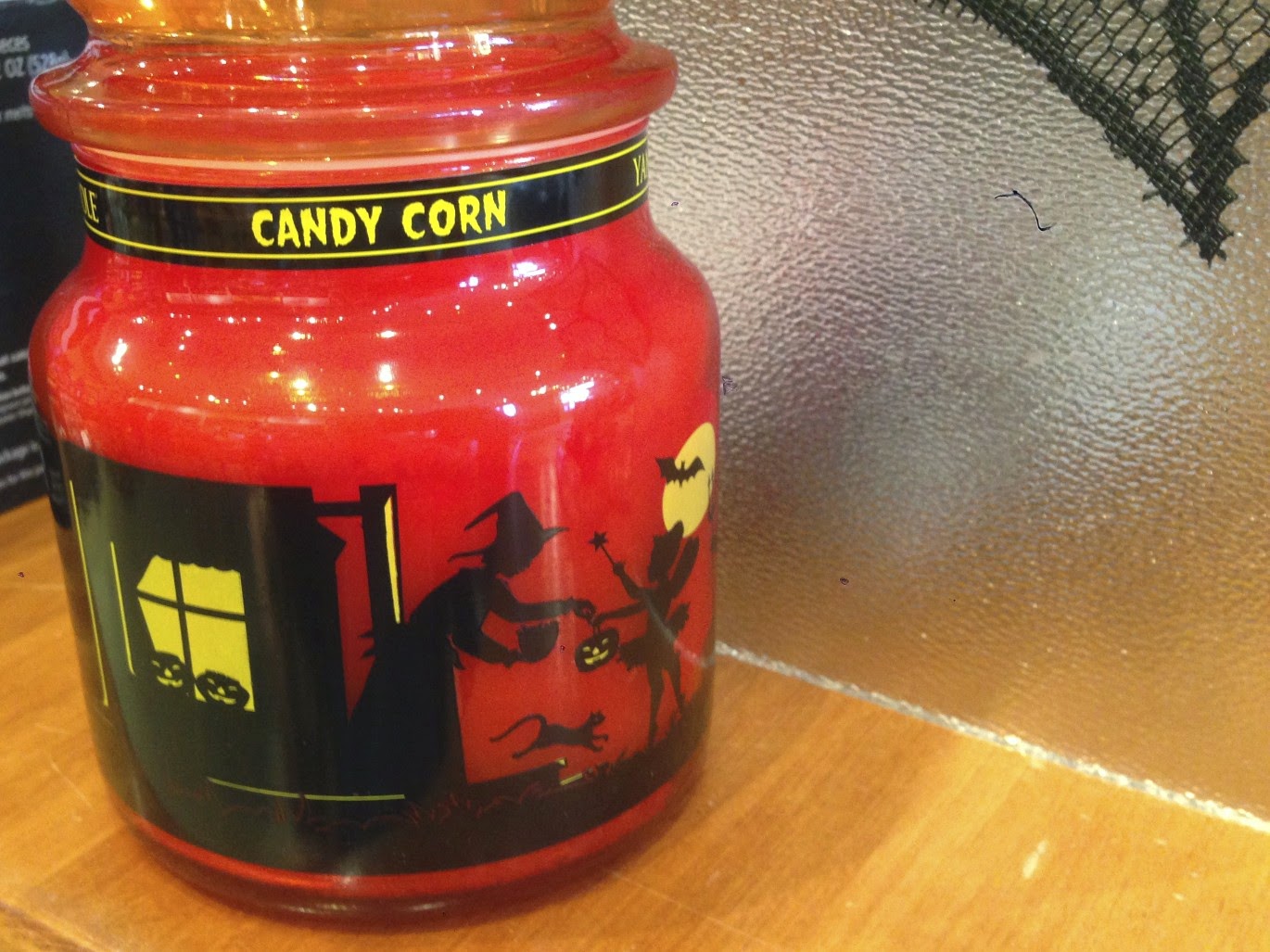 Really loved the detail on the Candy Corn label. Makes me wish they would turn it into a post card. It’d work great as a little Halloween greeting card. Anybody else send those out? 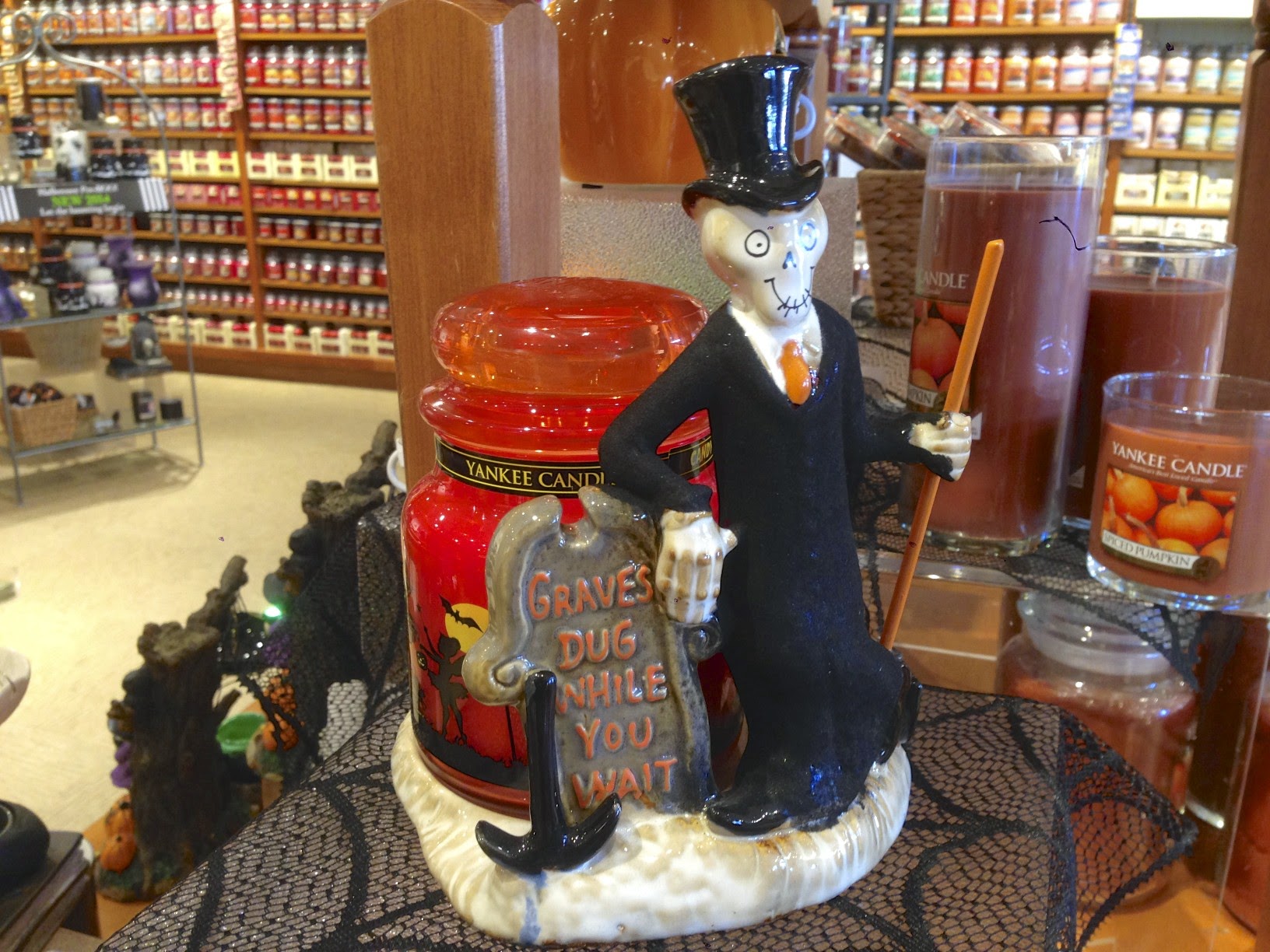 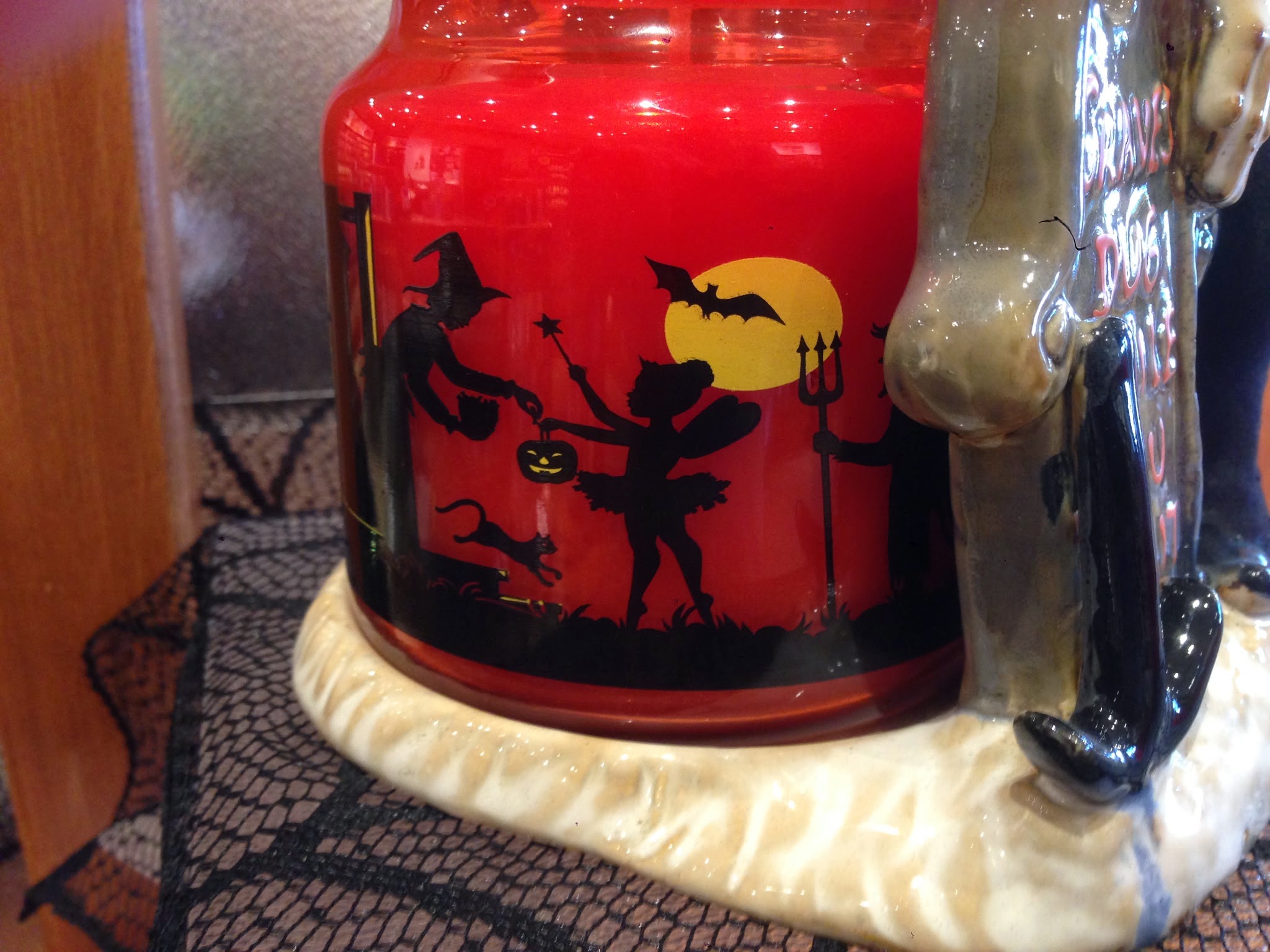 The green witch candle holder was another very nice piece. We do a lot of candles around the house for Halloween. On Friday nights I like to light them all up, one at a time, including all the jack-o-lanterns, to get in the spirit for the weekend. It’s a nice little ritual. 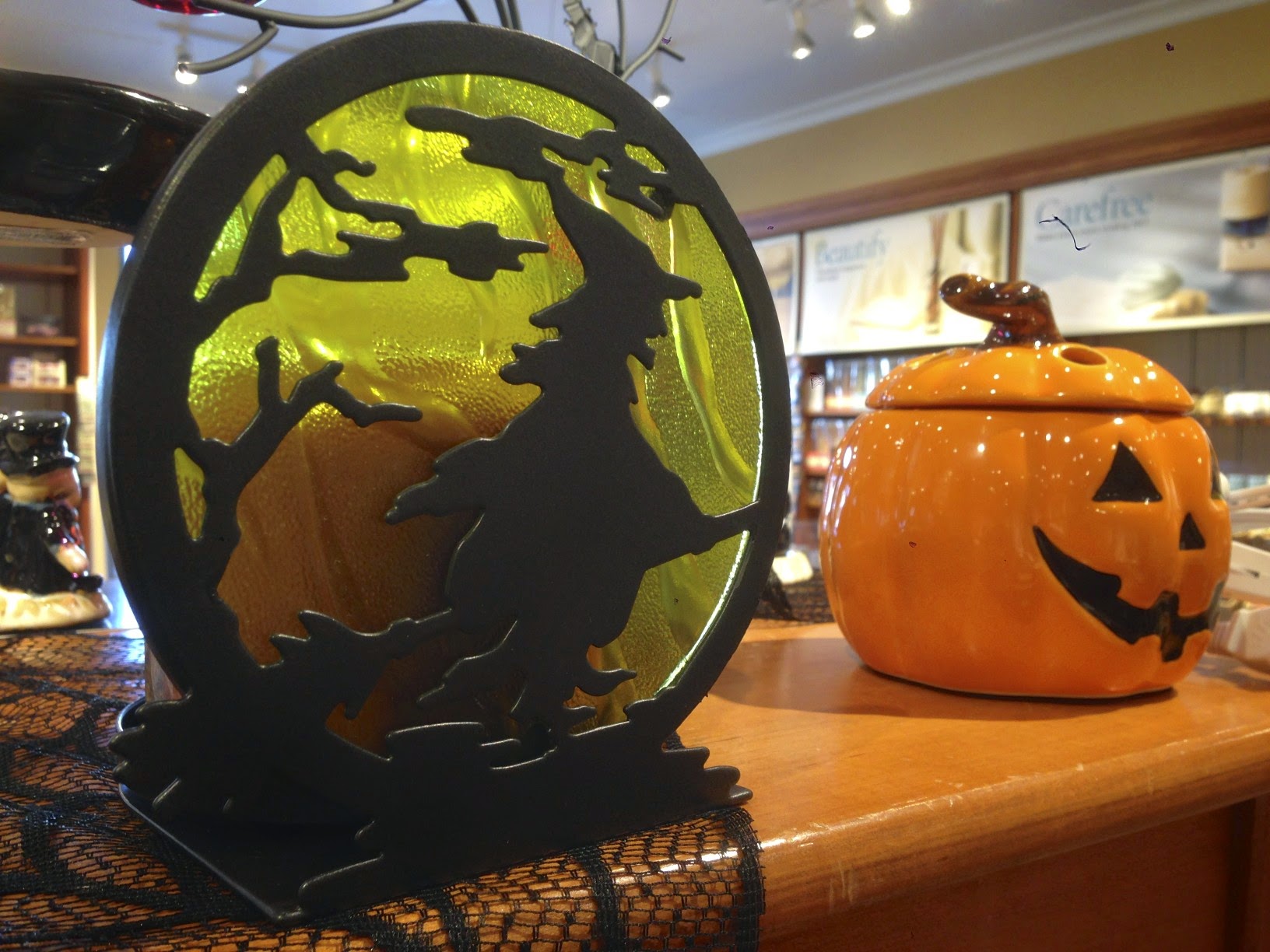 A witch’s gnarly claw used as a candle holder. 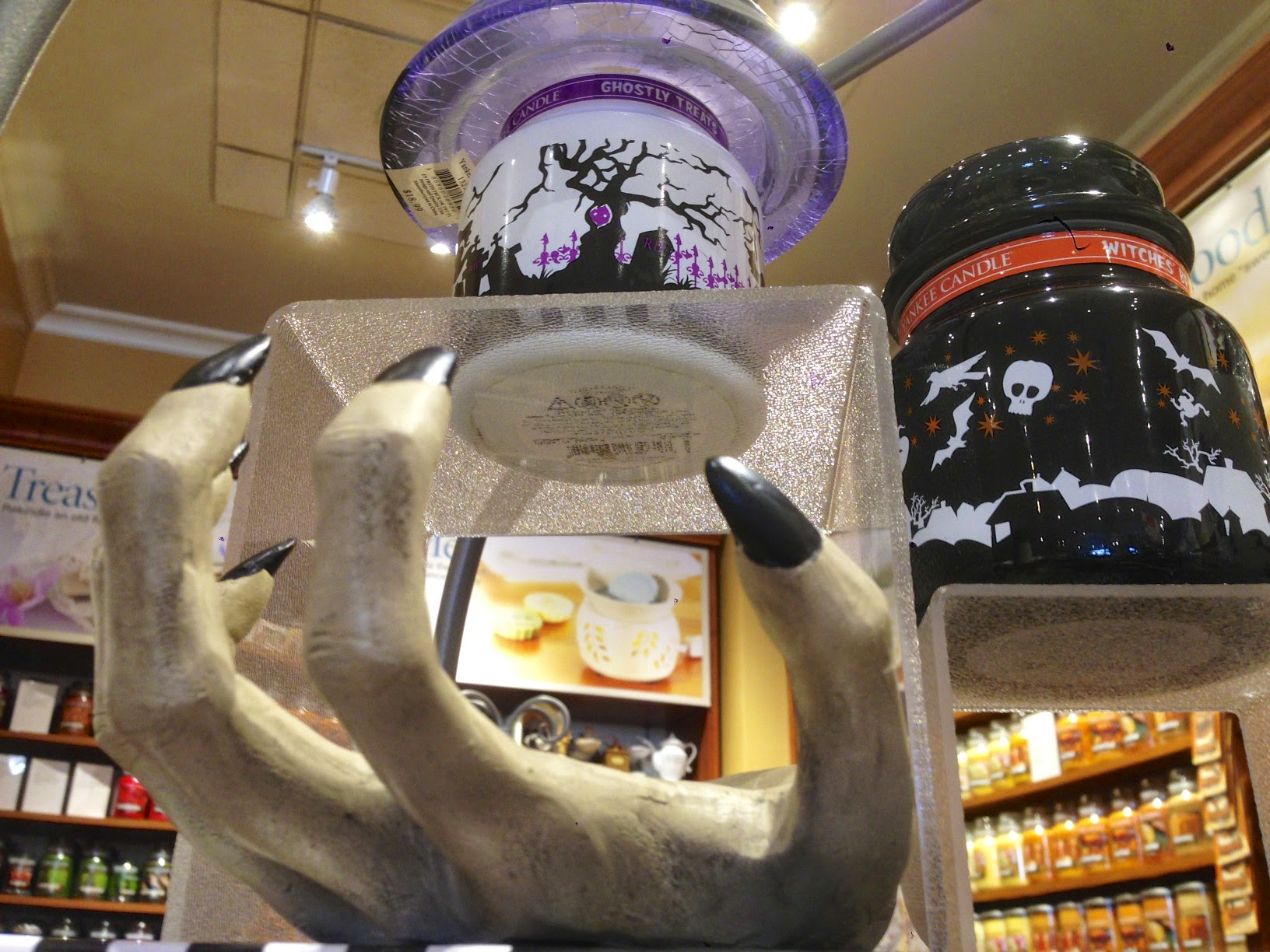 At the back of the store — I kid you not — they had a “man” section complete with Camouflage, Beer, and Lawnmower scents. And this stuff. 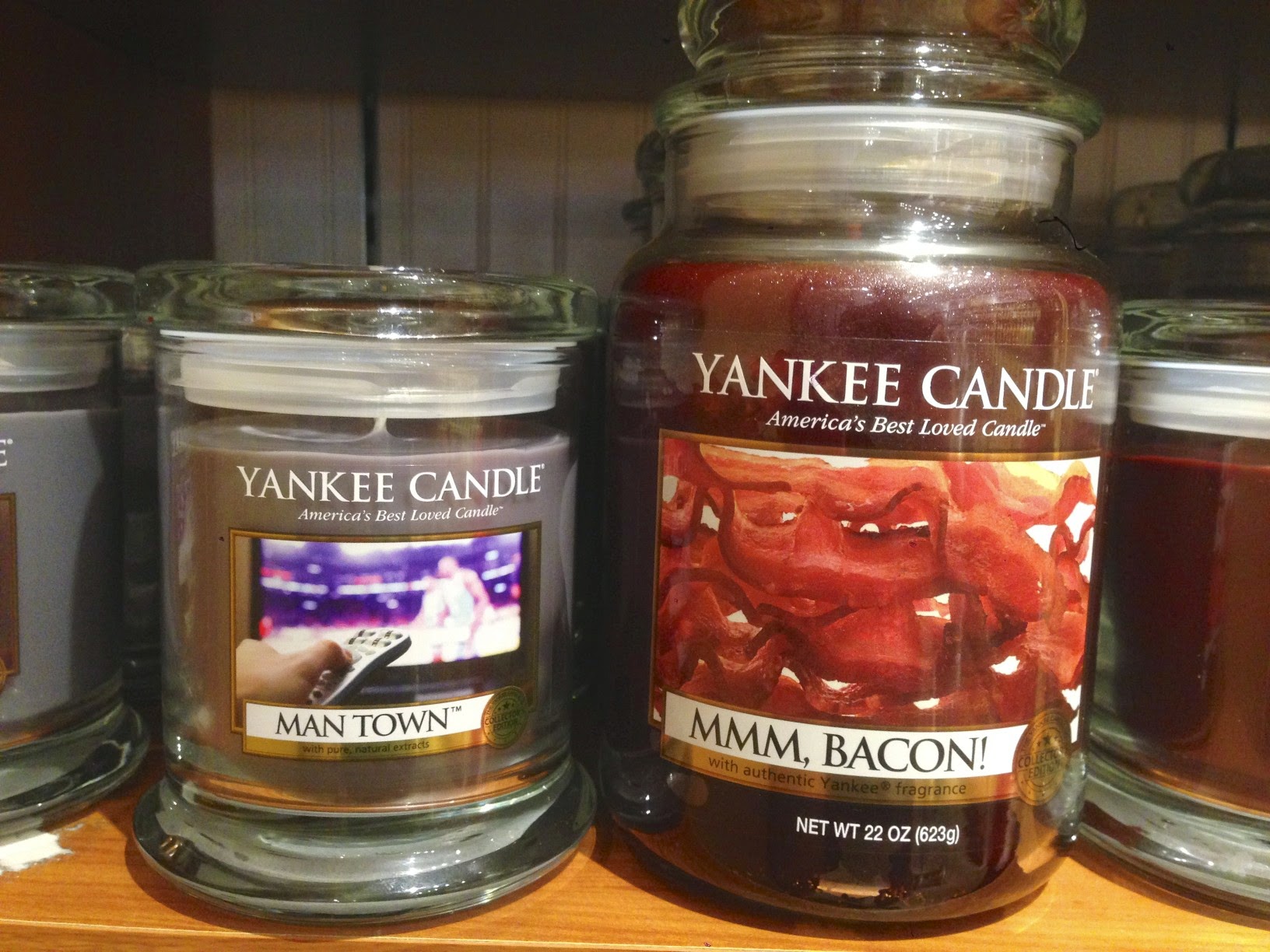 The Mmm, Bacon! scent was fairly smoky, but yes, they did get the scent down. Yankee Candle generally pretty accurately replicates the smells of various things. This smelled like a pan full of smoked bacon grease, if you’re into that sort of thing. The Man Town scent promised some hilarious strangeness, but in the end just smelled like cologne.