There is a little independent retro gaming store in Plano that is the closest thing to a real arcade that I’ve ever experienced with the kids. There are still a lot of places you could call “arcades”, mostly attached to chain family restaurants like Chuck-E-Cheese or entertainment complexes like Fun Zone or Amazing Jakes. But the key differentiator for me is that the machines take real quarters, preferably only one per play. I always hated changing tokens, and to me the idea of plopping tokens into a machine screws with the mythology somehow.

The store is called FX Game Exchange and it’s a really cool place. They have an incredible selection of games from all eras of video gaming, and not only that but rare consoles and equipment, too. They even sell hacked cartridges for old systems, the kind that you would normally only be able to get online. They hold tournaments (very well-attended) and give discounts for good grades. It’s that kind of place. But best of all they also have a handful of old arcade cabinets, including this little gem 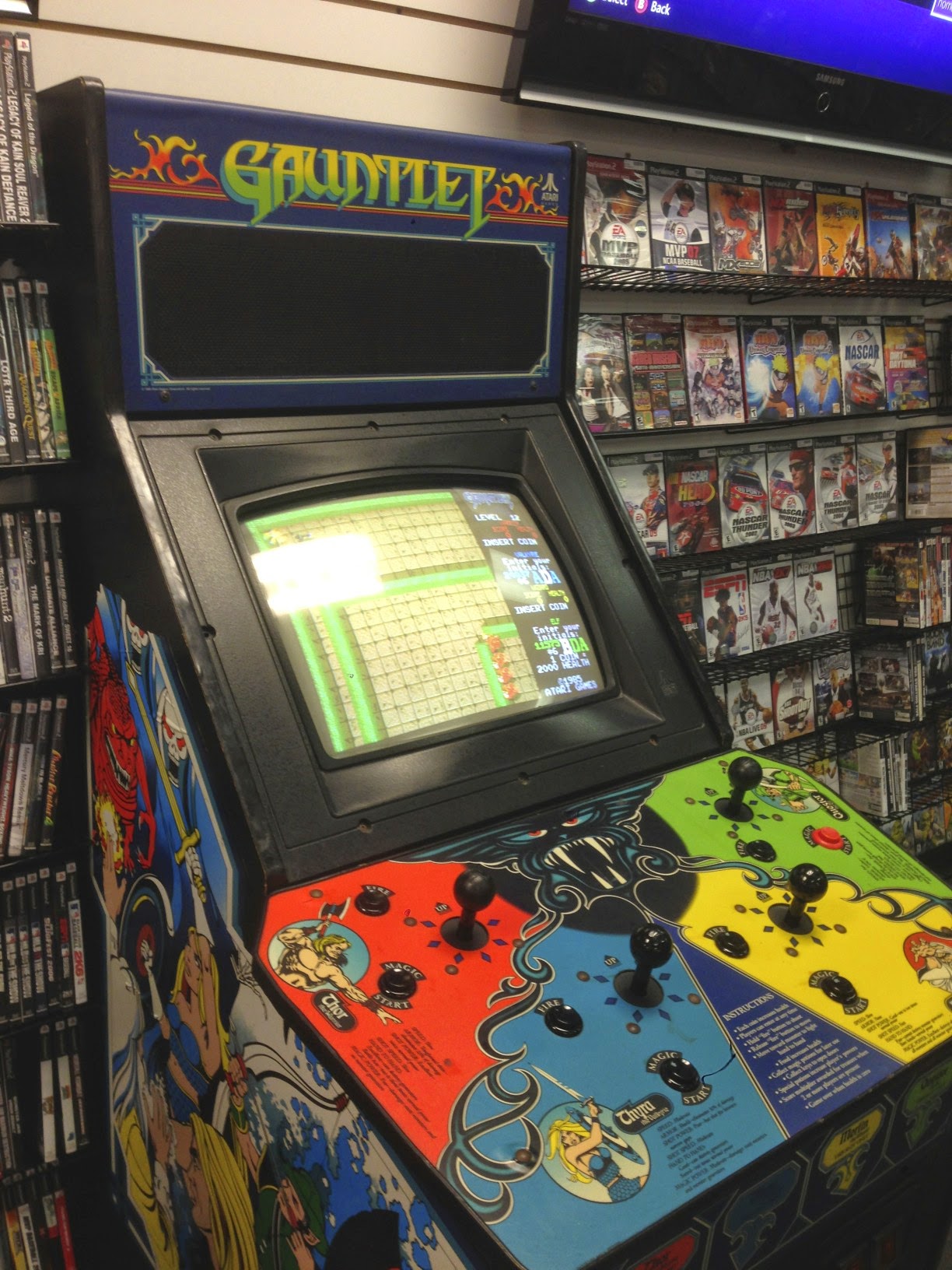 Tragically Thor the Barbarian’s joystick is broken at the moment, but all of the other characters are playable, and I generally play with Thyra the Valkyrie in 1 or 2 player games anyway.

Gauntlet was heavily influenced by Dungeons and Dragons, as was I, so it’s always been one of my favorite classic arcade games. It was also one of the first (the first that I can recall and certainly one of the only) cooperative multi-player games. And such a beautiful old cabinet. It was a joy to discover it there, and to introduce TheVCubeSolver to it.

We’ve been back on occasion to look for old Gamecube games, but more and more we go just to play the arcade consoles like Gauntlet and X-Men and Smash TV. With a pocket full of quarters. Now if only they sold pizza on the premises. And carpeted the floor.