Scenes from the Lax International Terminal 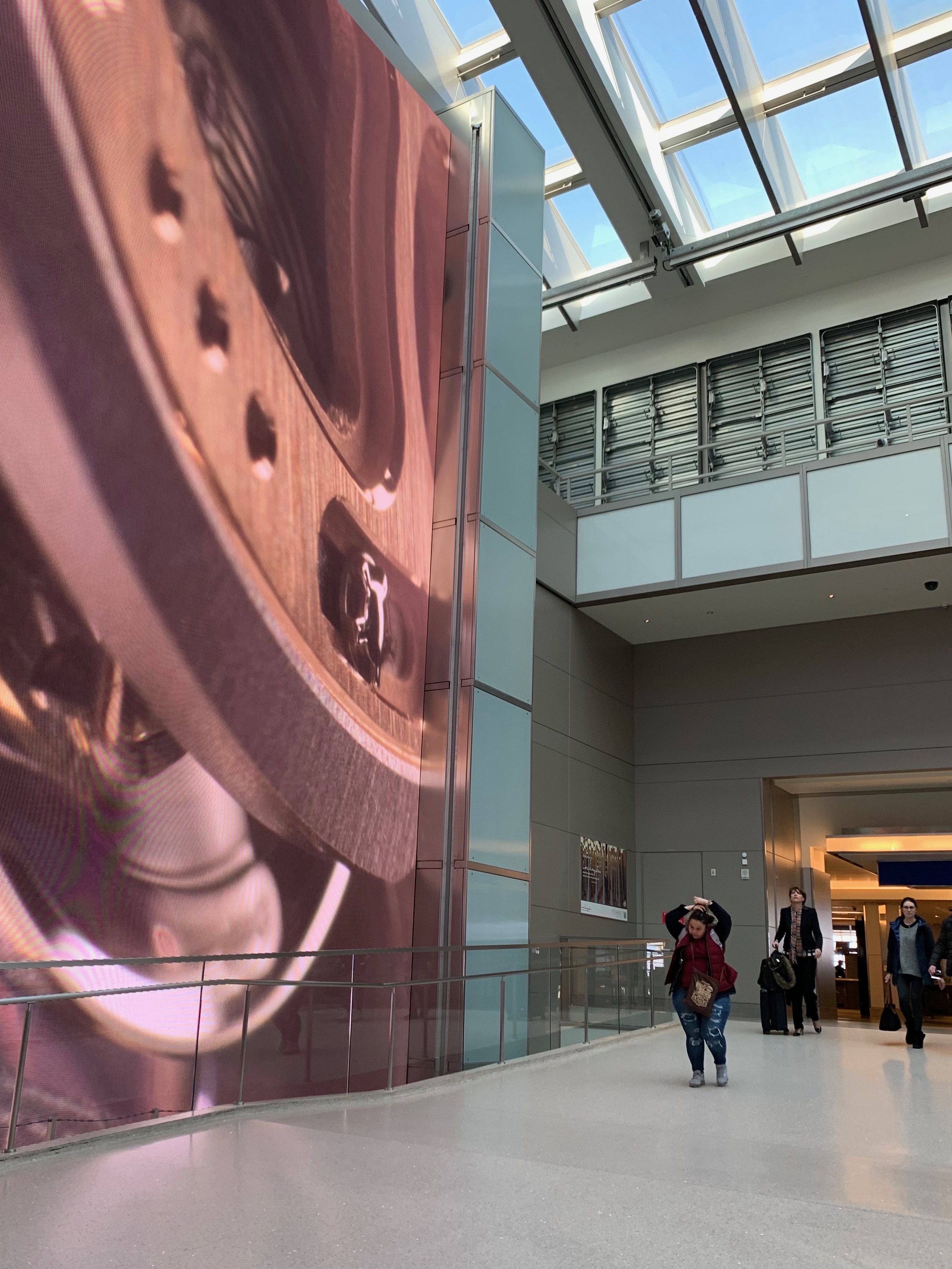 Having some time to kill, I decided to walk over to the big international terminal at LAX for a bite to eat before my flight. Kassi and I discovered this place on our trip to Honolulu last December, though we were trying to make a connecting flight and didn’t have time to stop and enjoy it. 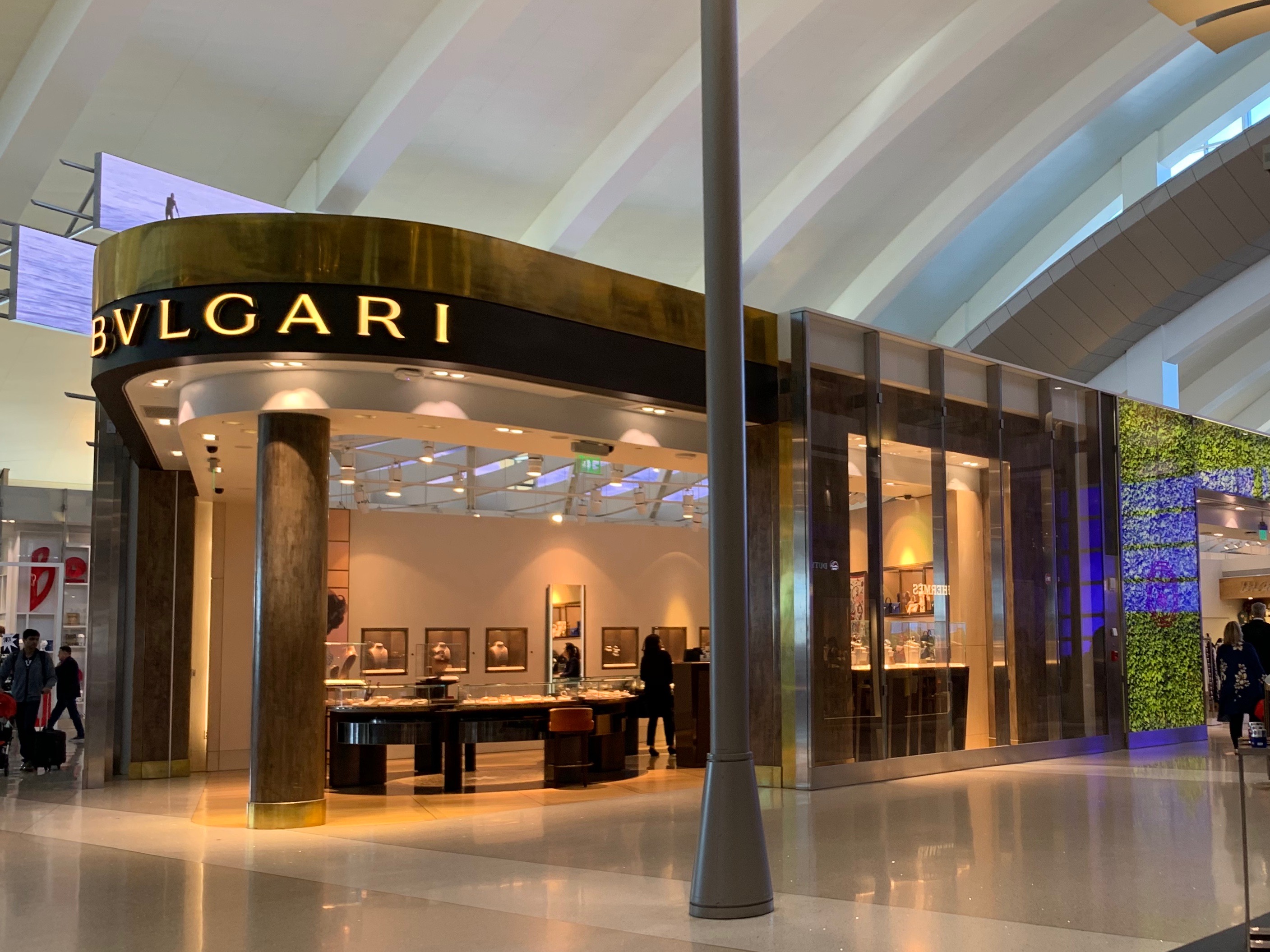 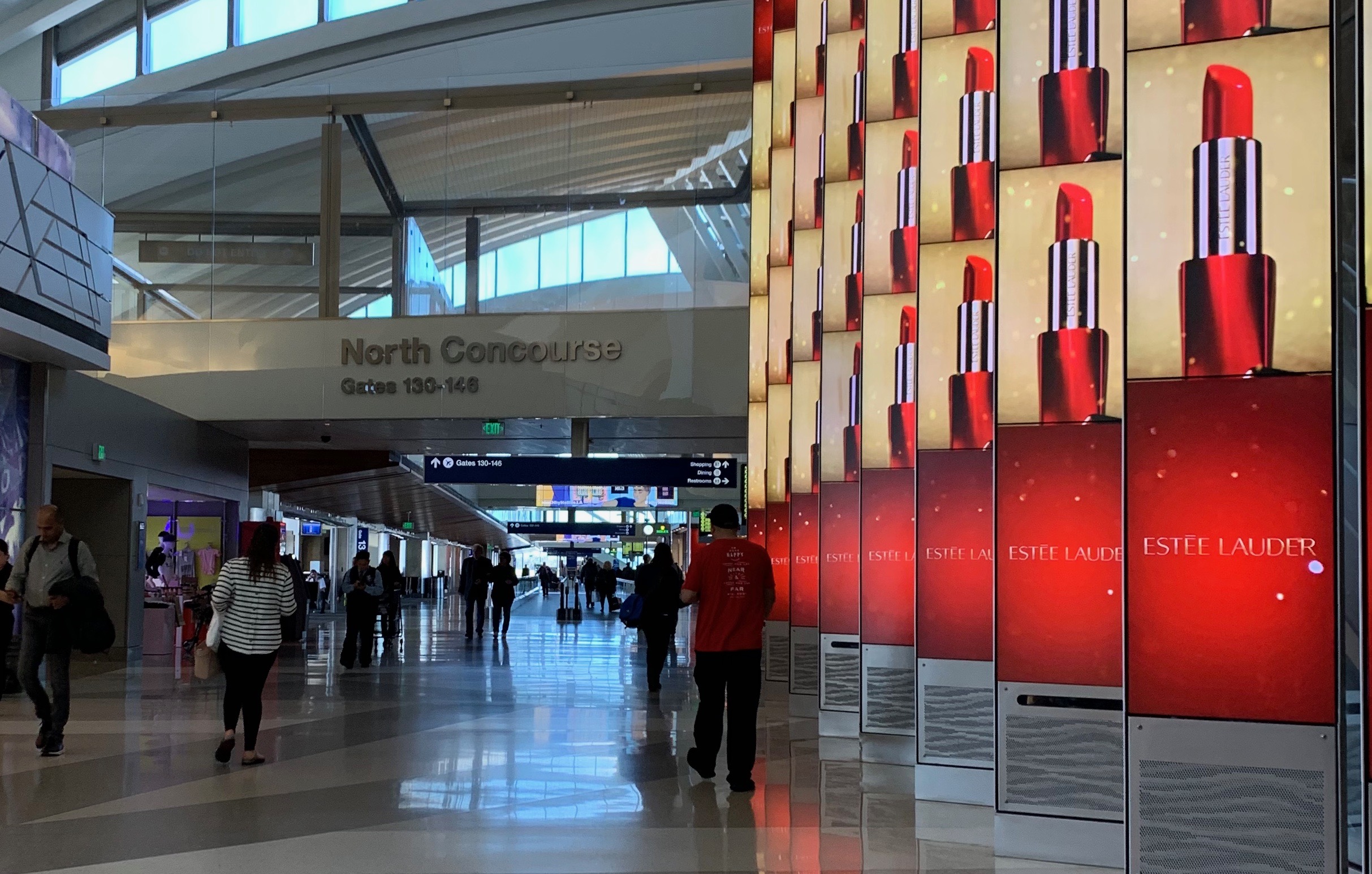 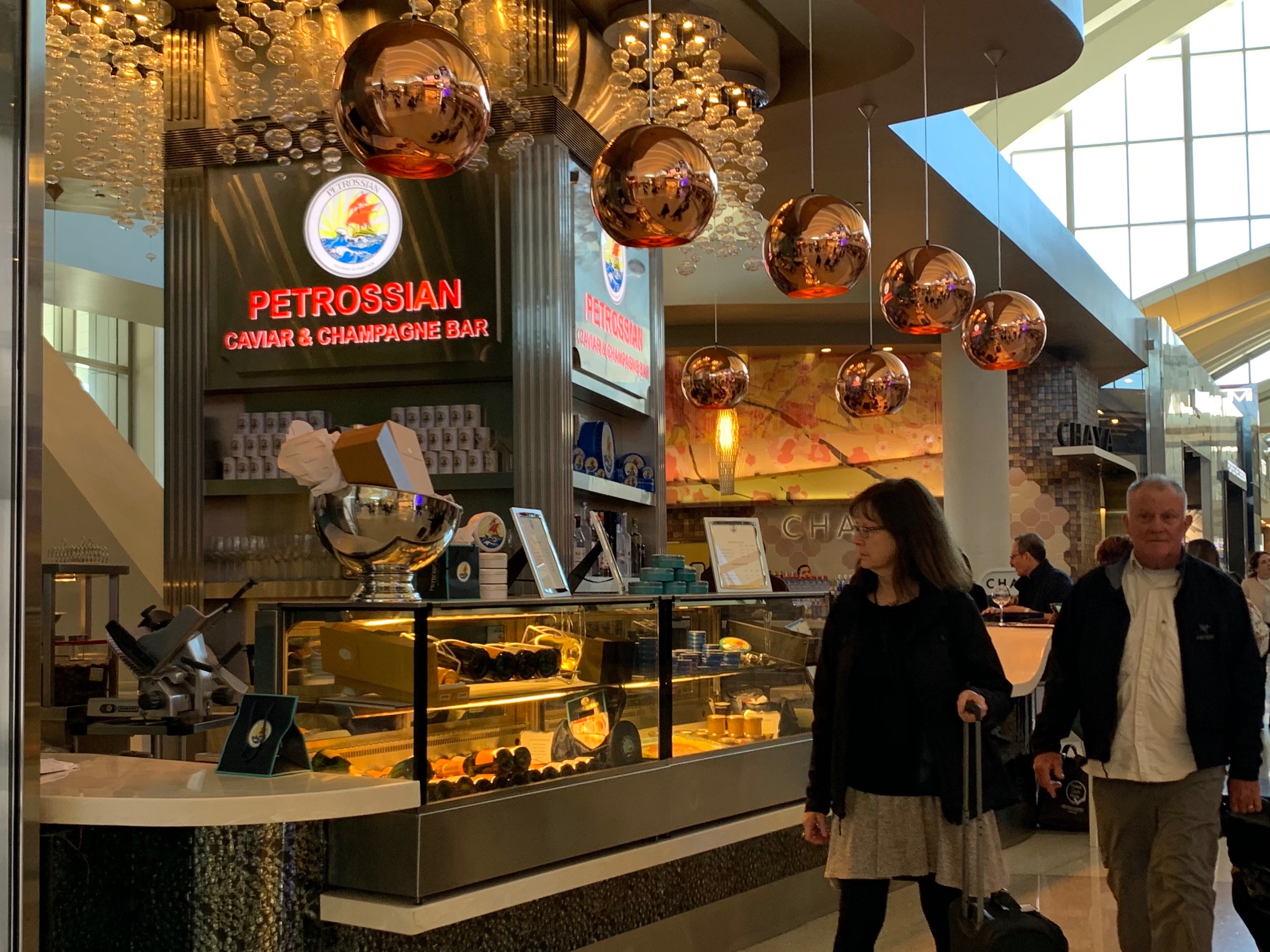 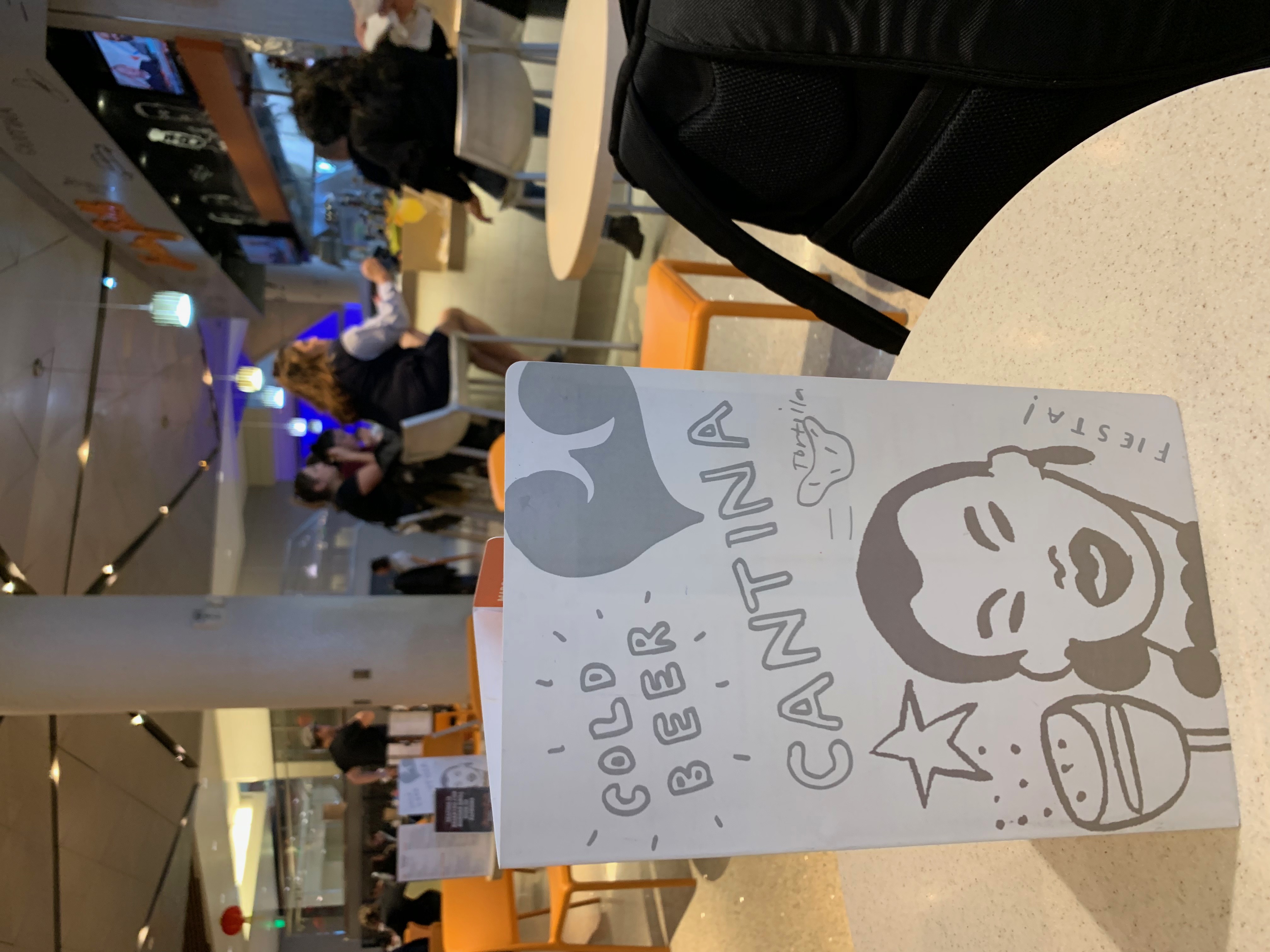 There were several good options for lunch, but since it happened to be National Margarita Day, I decided to drop by this chic little cantina for a chile relleno burger and a drink. Both were excellent. There was a British couple next to me, just in from a flight. I enjoyed listening to their accents. Neither were drinking, which I found odd. 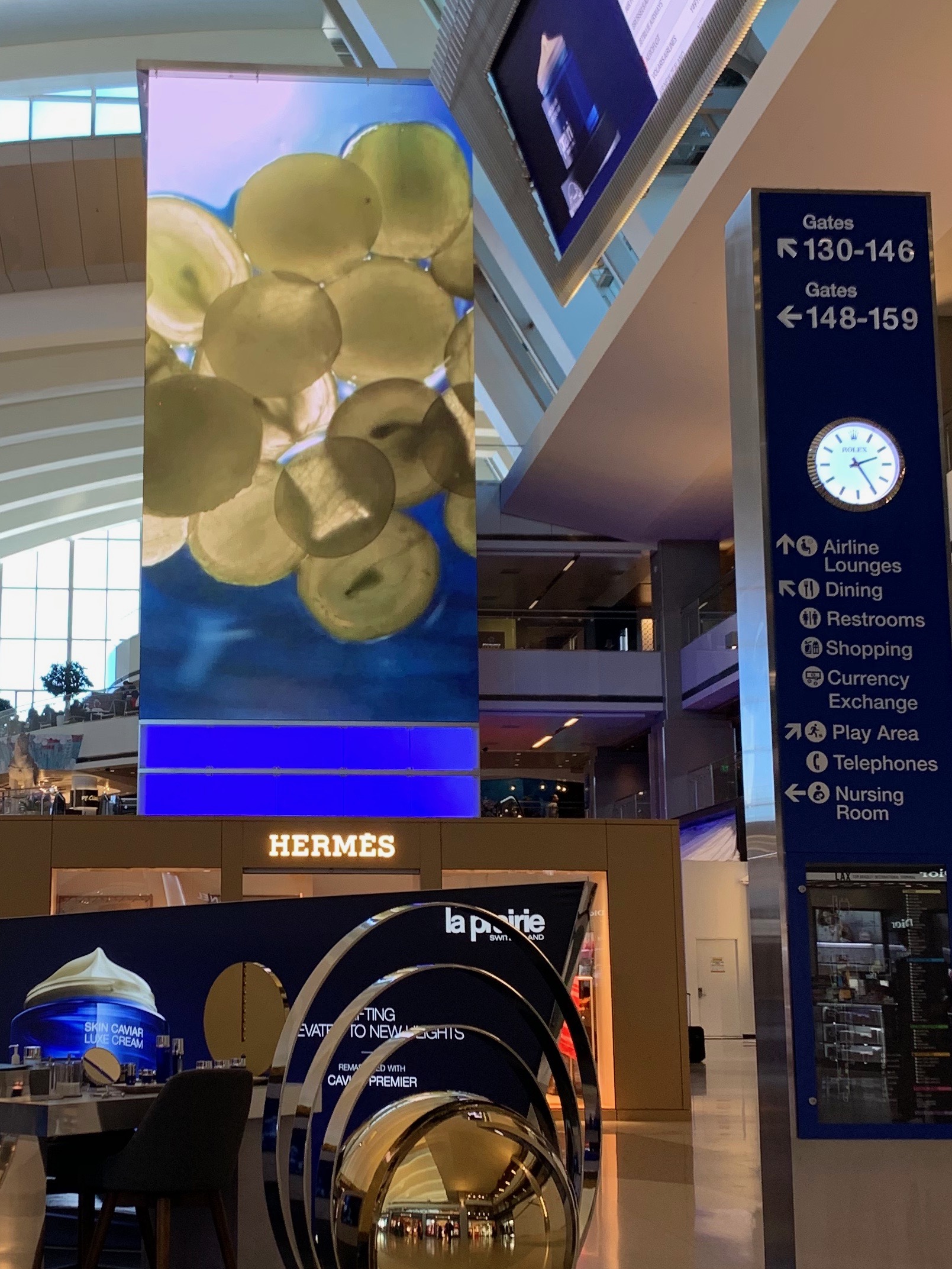 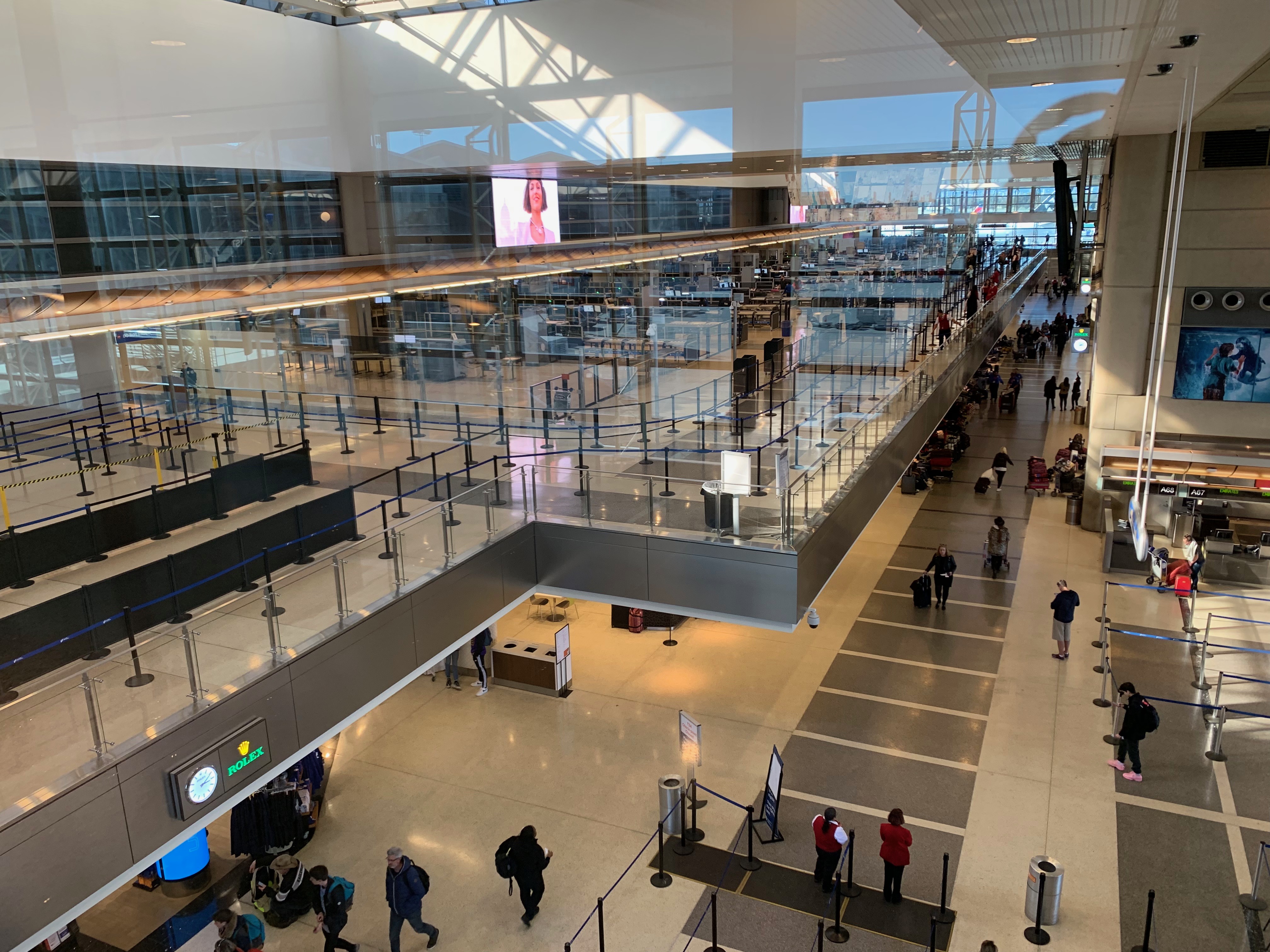 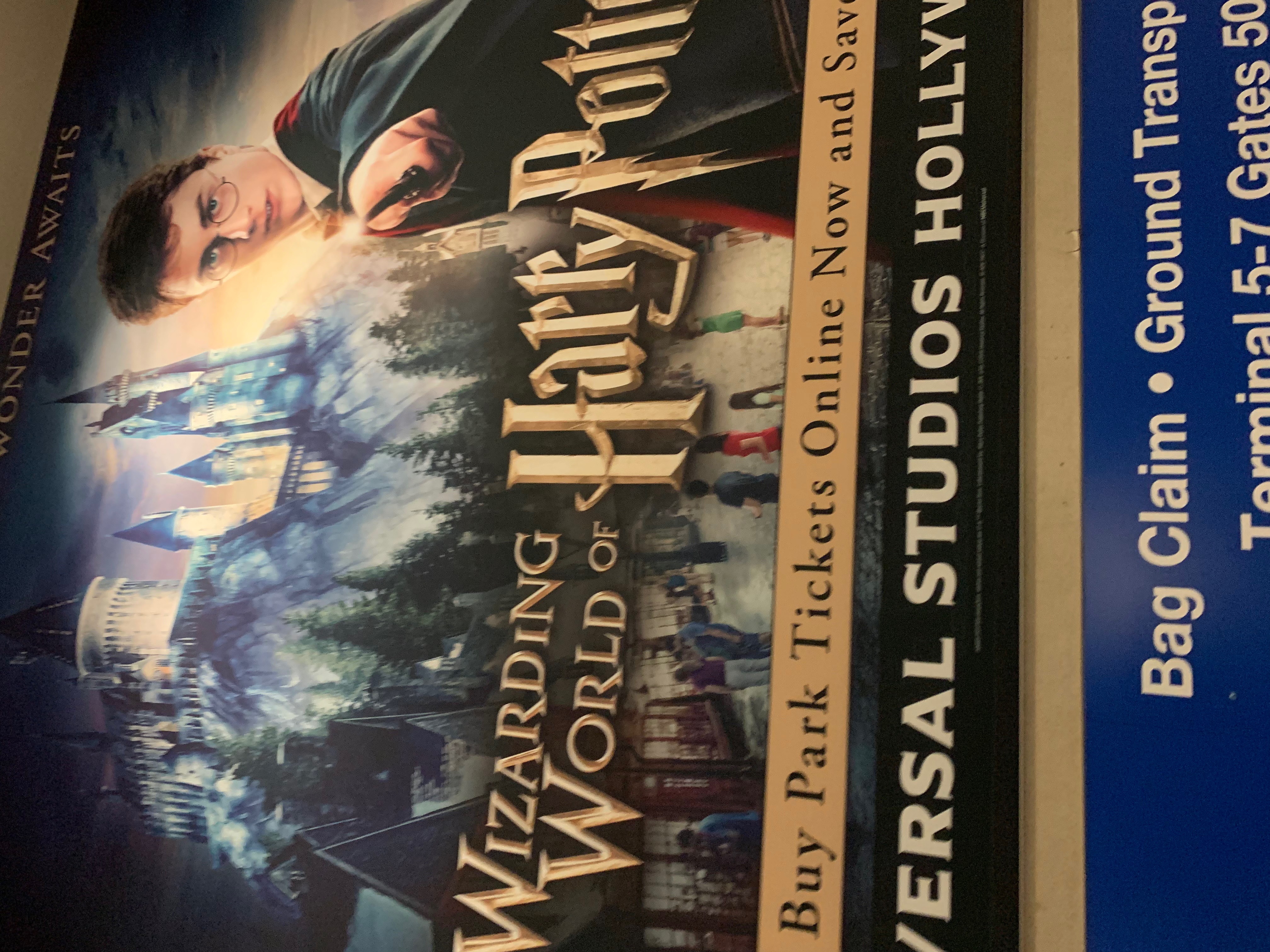 The magic is still around, I am told. One day I might like to go to Orlando and see it for myself. 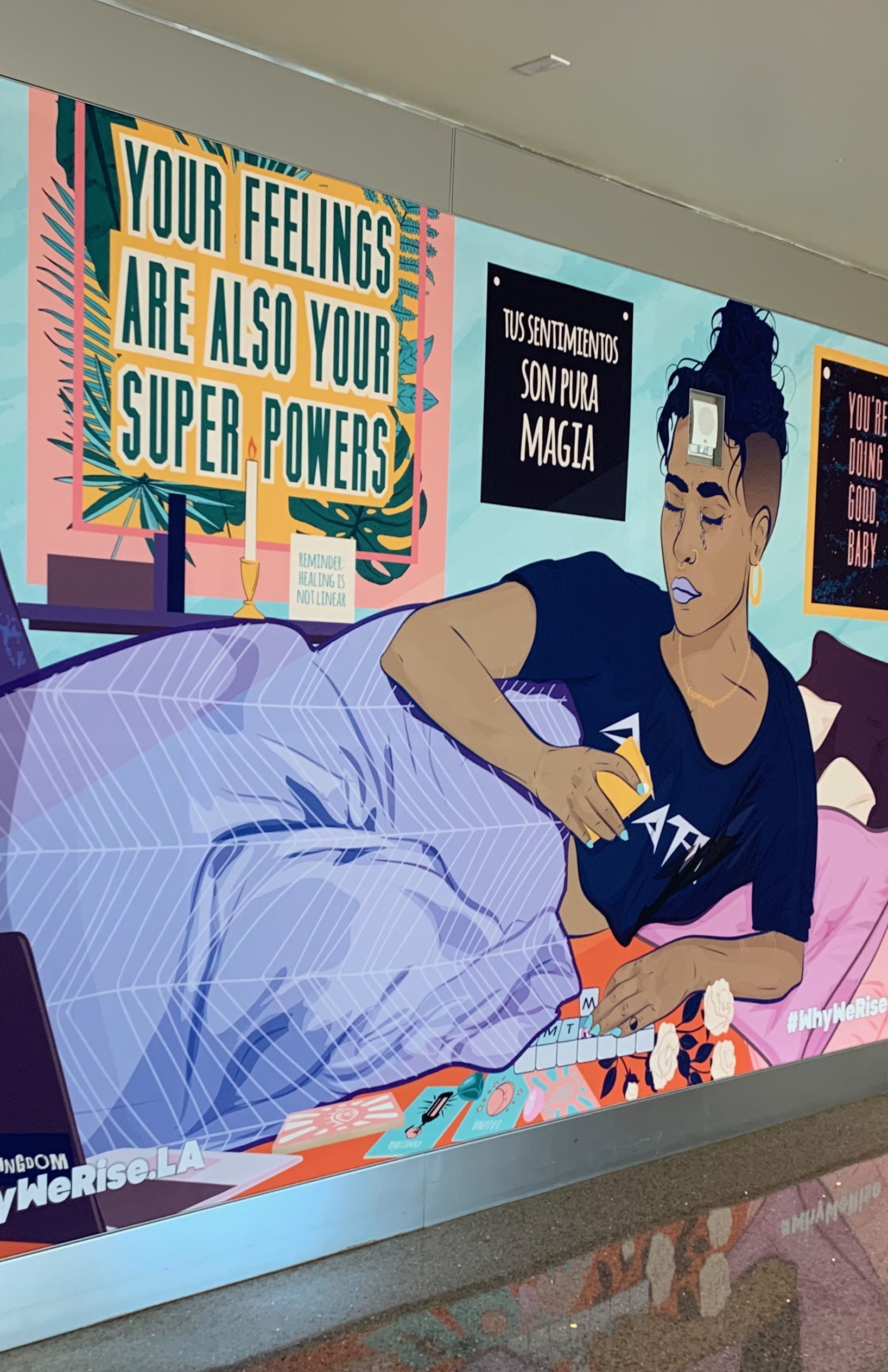 I stopped and looked at this mural for a while, and wondered what it meant. 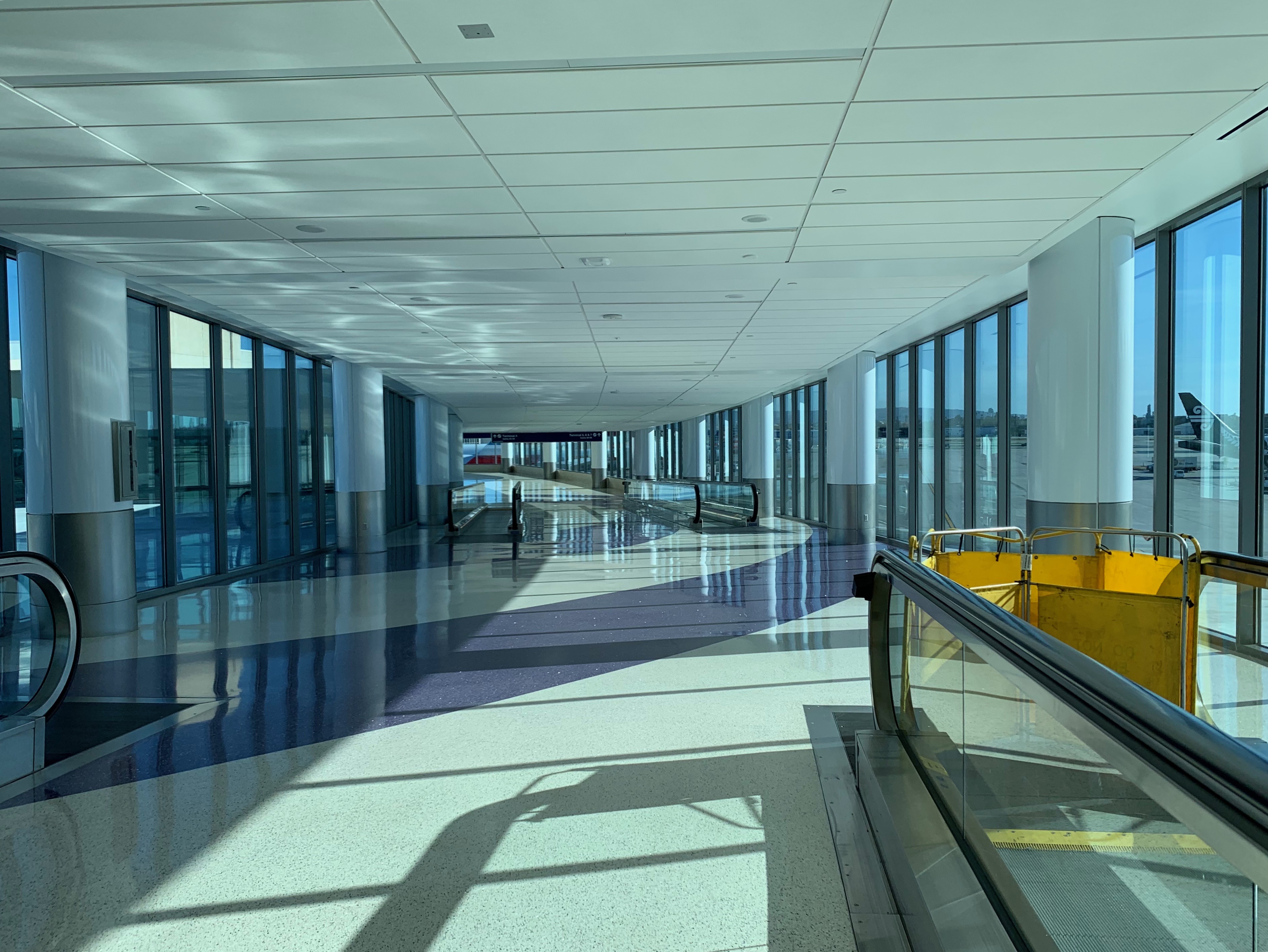 I loved the light in this area, and the feeling of being alone in such a large space.

I made a joke on Facebook about “that’s how Orange Julius got started (Julius Caesar? get it?)” but I think everyone believed it. 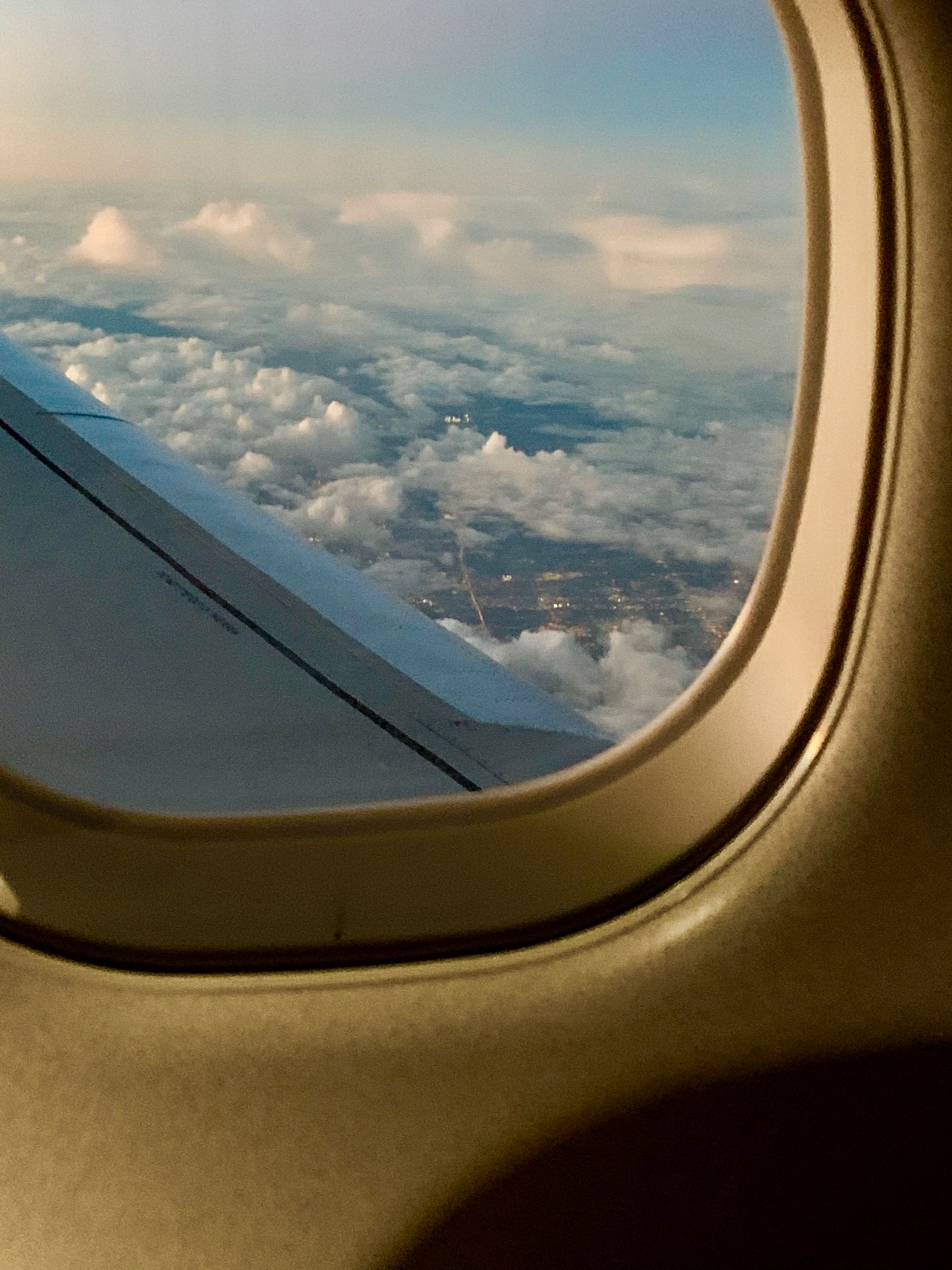 Till next time, California. It’ll be nice to see you in the spring.