The Retro Store in Pasadena, California

Photos taken in Pasadena, California on May 11, 2018 with iPhone 7 Plus 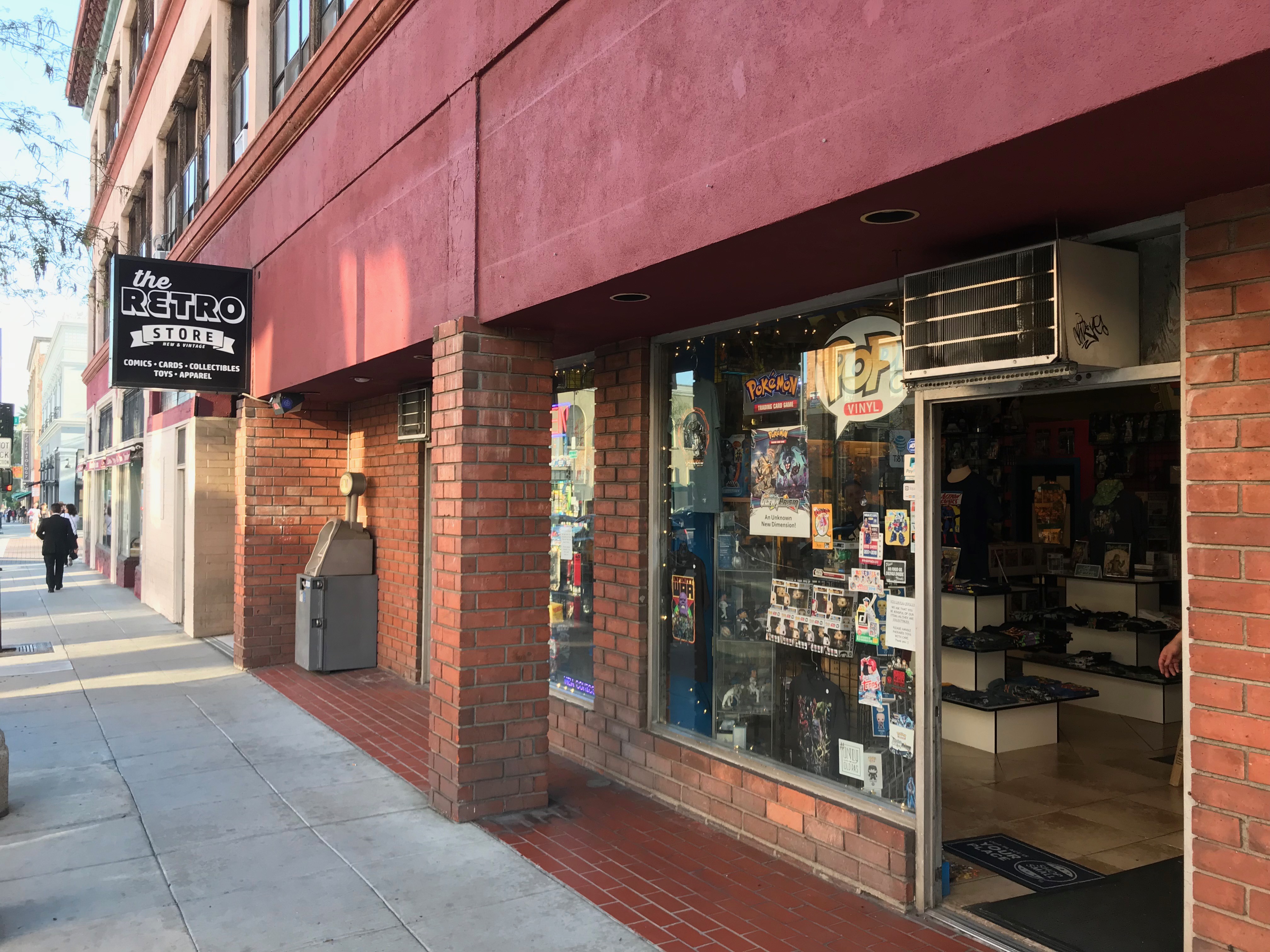 While in Pasadena recently I got a chance to visit The Retro Store and peruse their large and varied inventory of nostalgic comics and toys. The owners were very friendly and welcoming people, and graciously allowed me to take a few pictures of their stock. I was impressed at the variety of stuff they were able to cram into their space. Unfortunately I wasn’t able to spend much time there, as they needed to close early to put up a new and largish comics display stand, but they encouraged me to drop in again next time I’m town, or to visit their online store. Give it a look yourself. 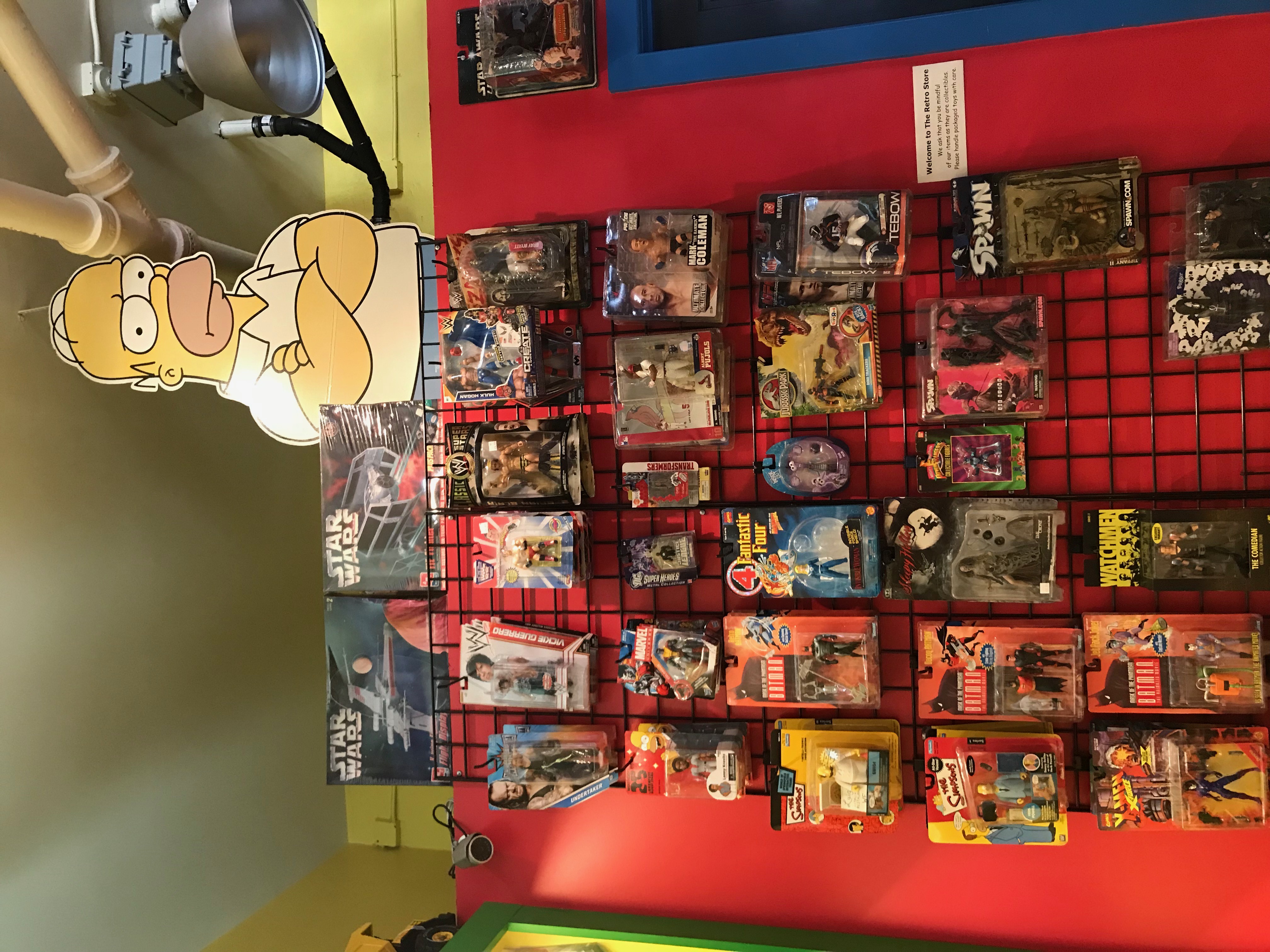 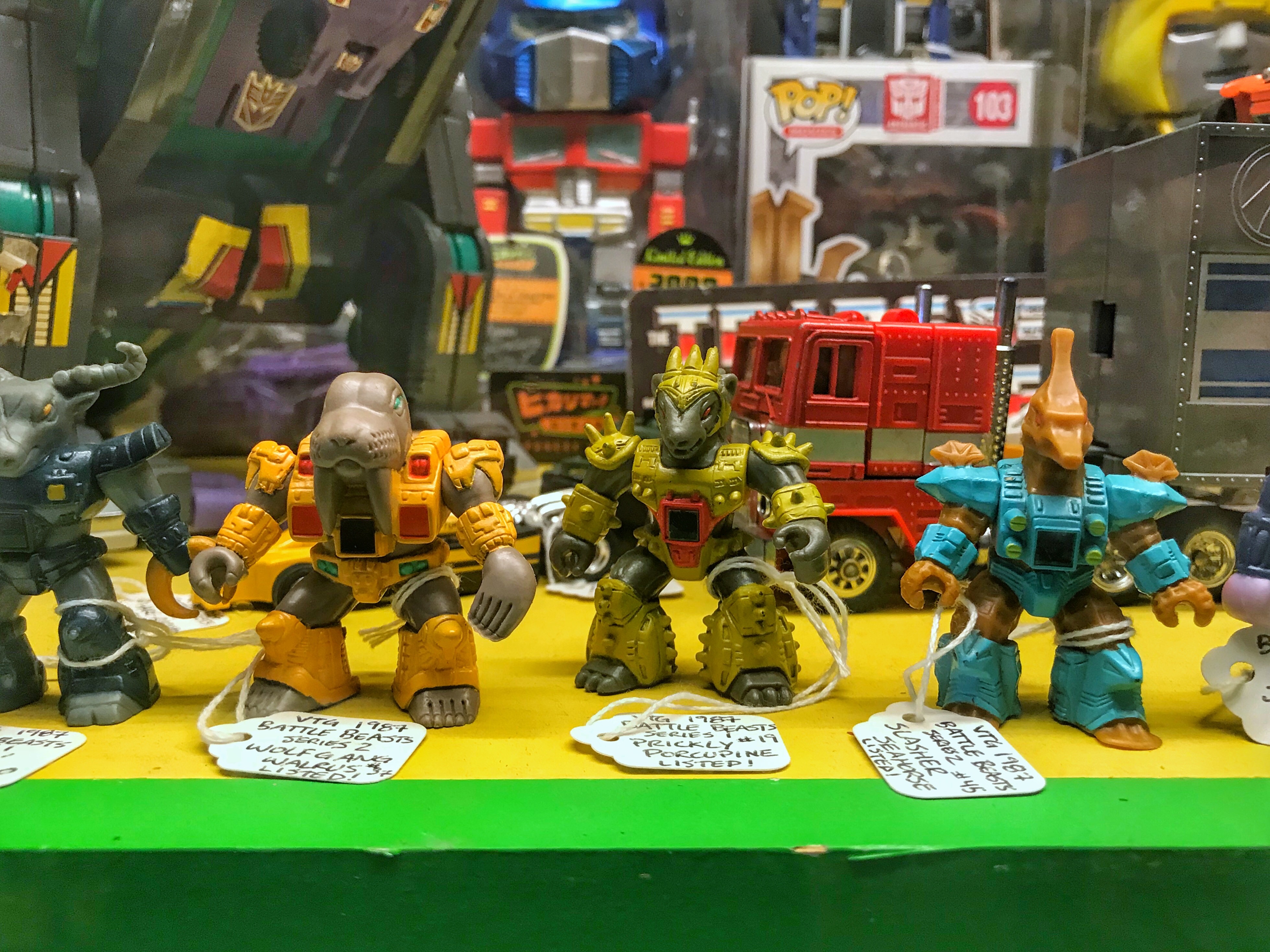 Man, Battle Beasts are a sentimental favorite of mine from way back. And this was about the largest collection I’d seen with my own eyes. I believe they tried to revive the concept sometime in the 2000s with the Gormitis line, but those lacked the little weapons and heat-sensitive stickers that made Battle Beasts so cool. 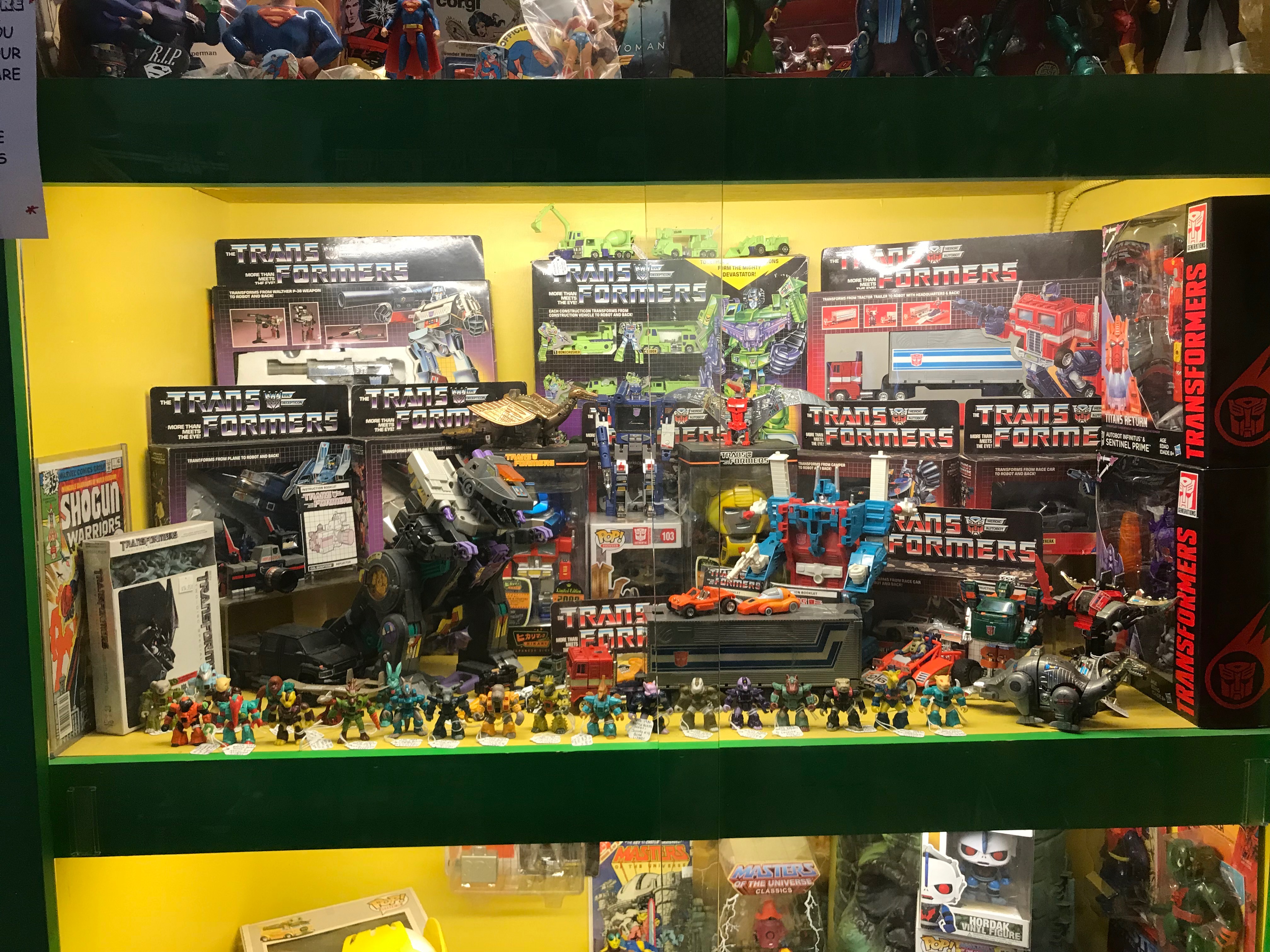 I ended up picking up a couple for the little one, to share some of that special magic from when I was a kid, which is the true point of nostalgia, right? 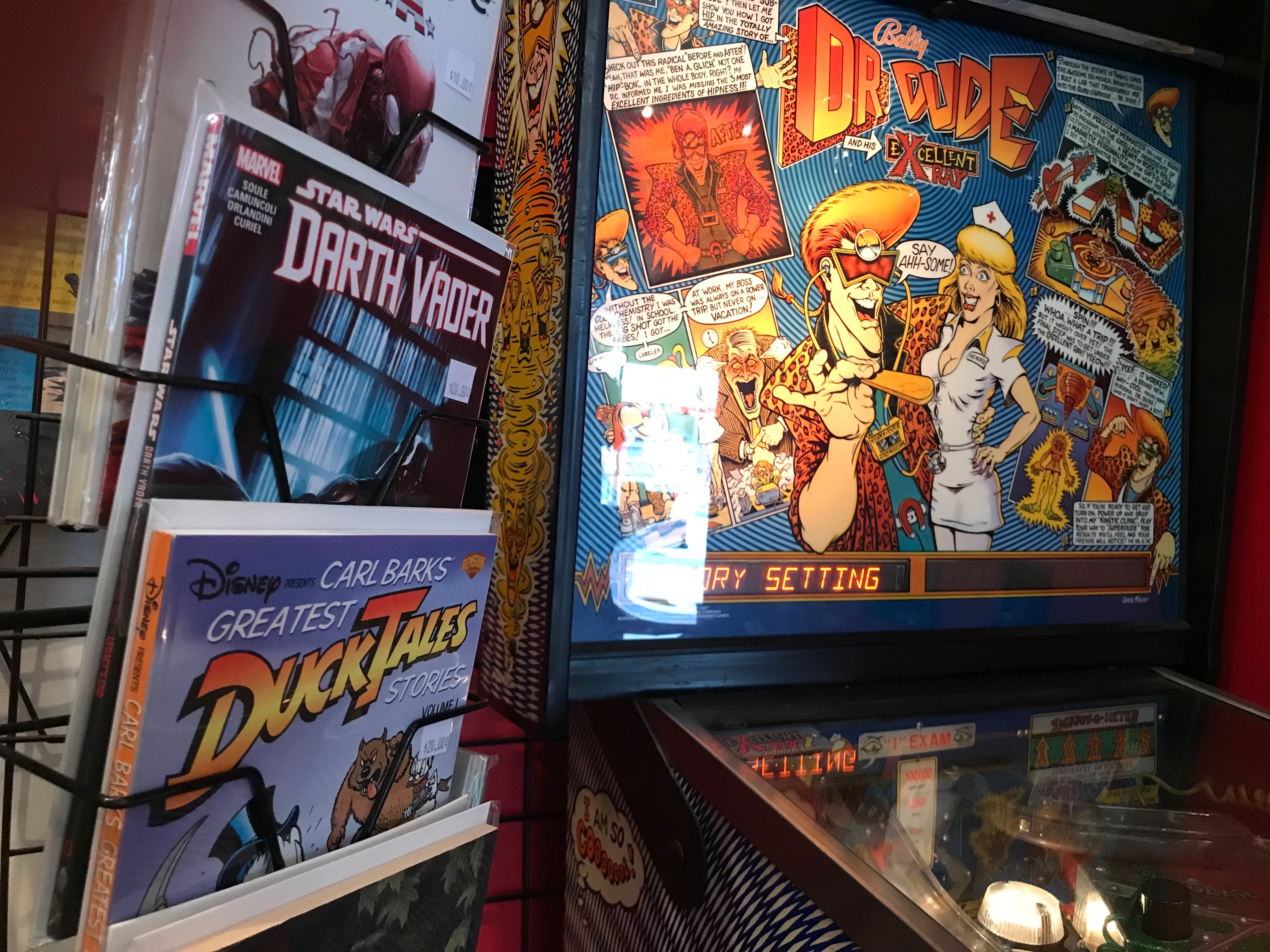 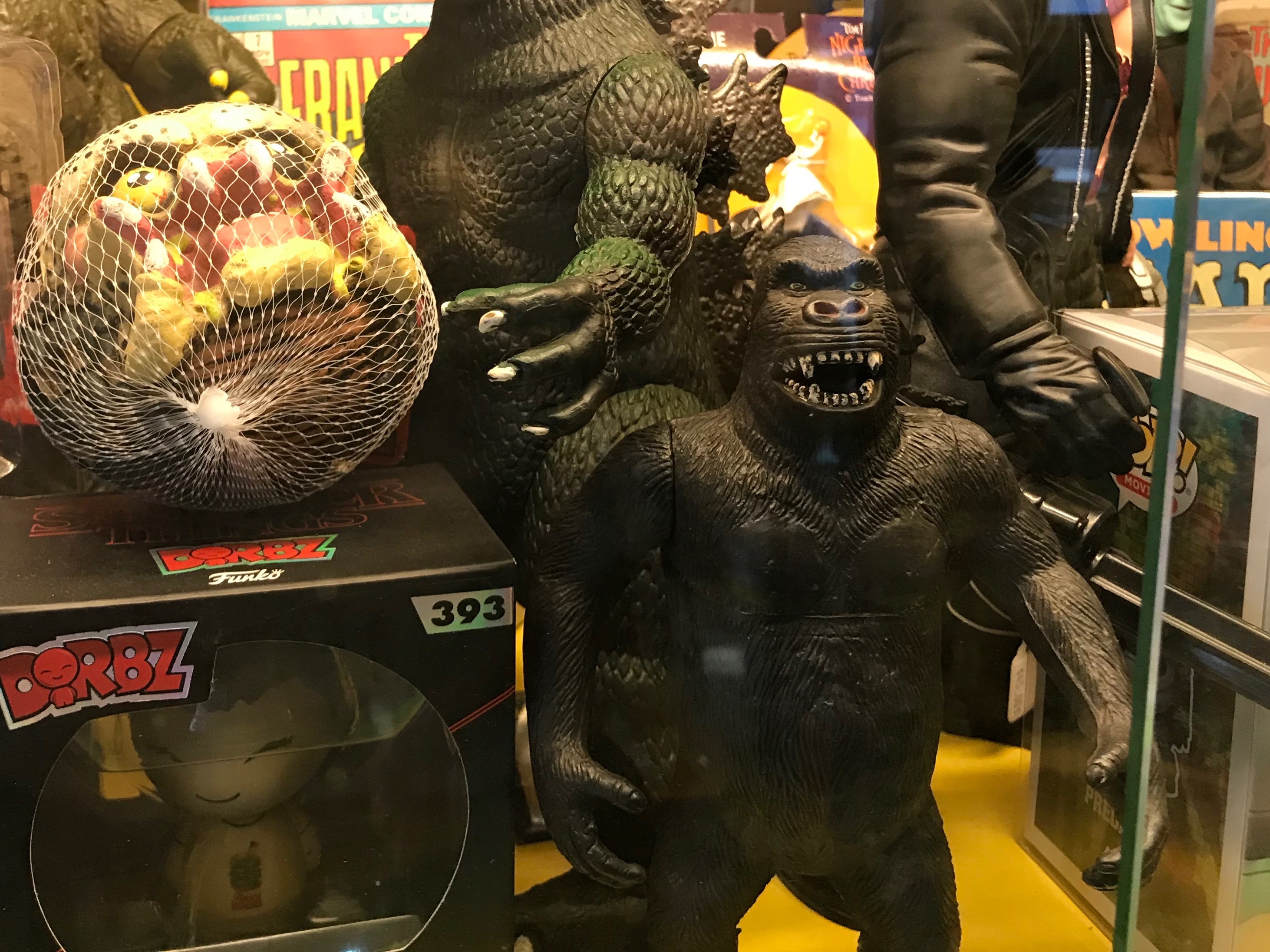 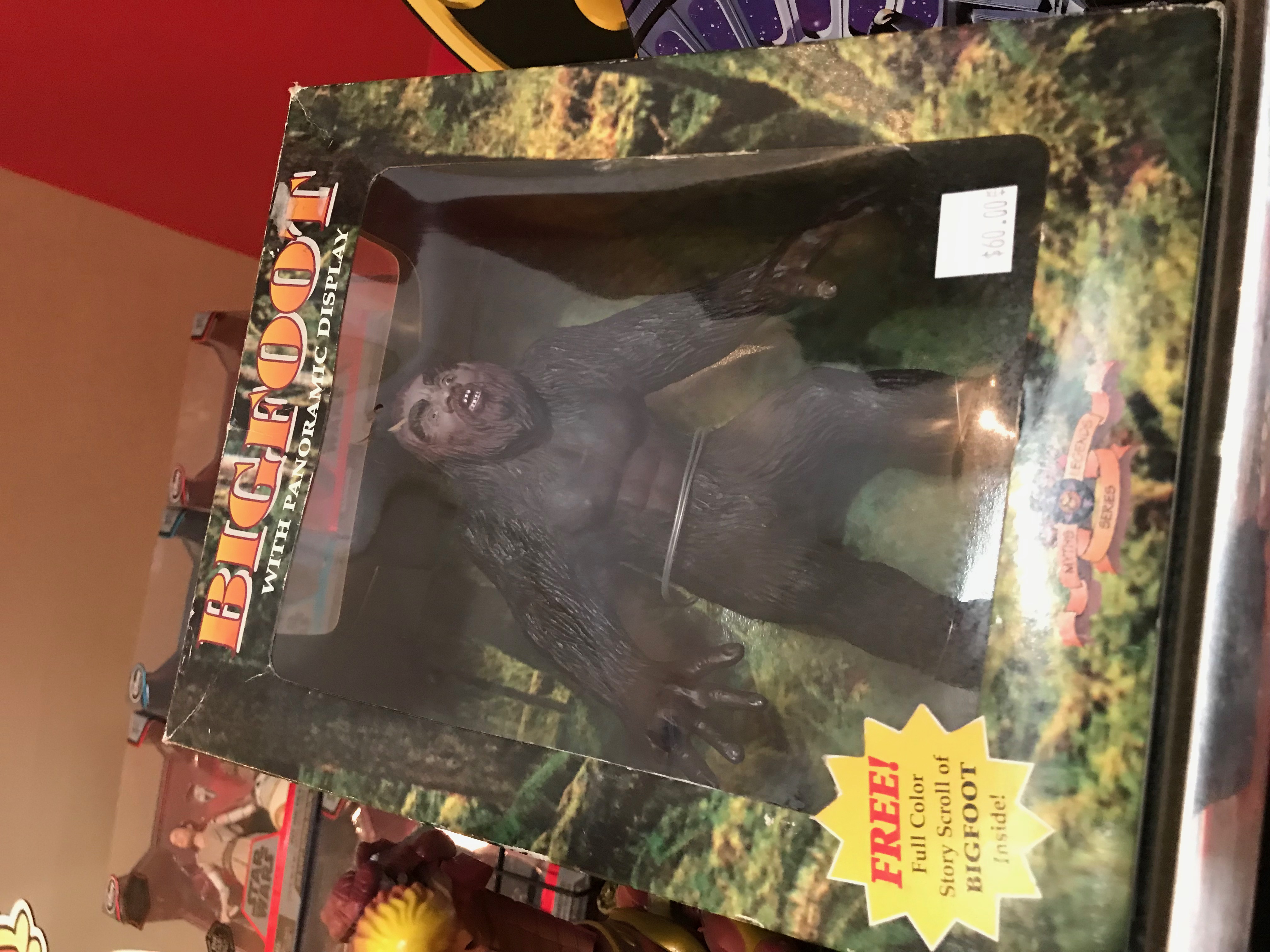 It was good to see some eclectic offerings in the mix, too, and not just major toy lines. 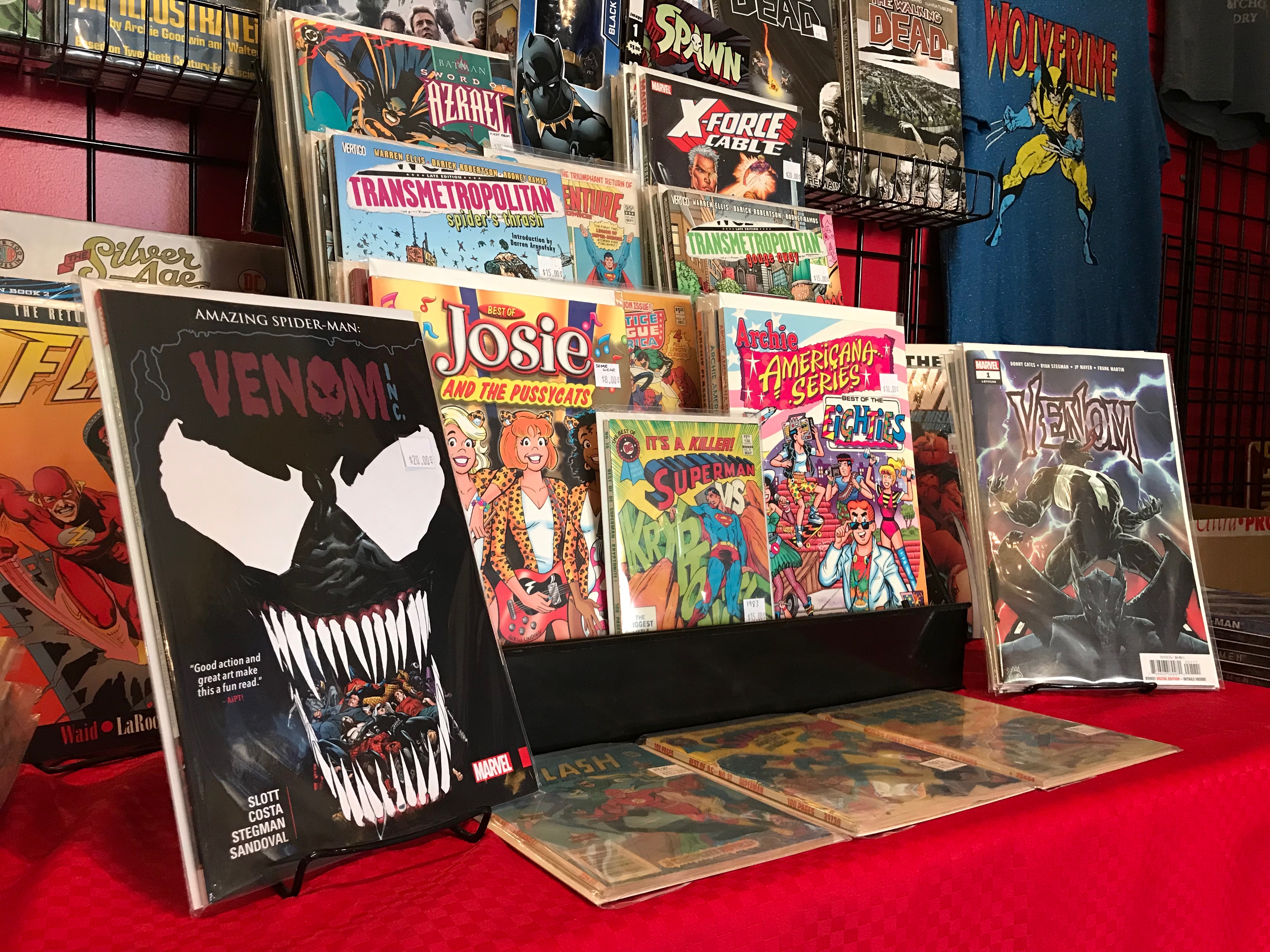 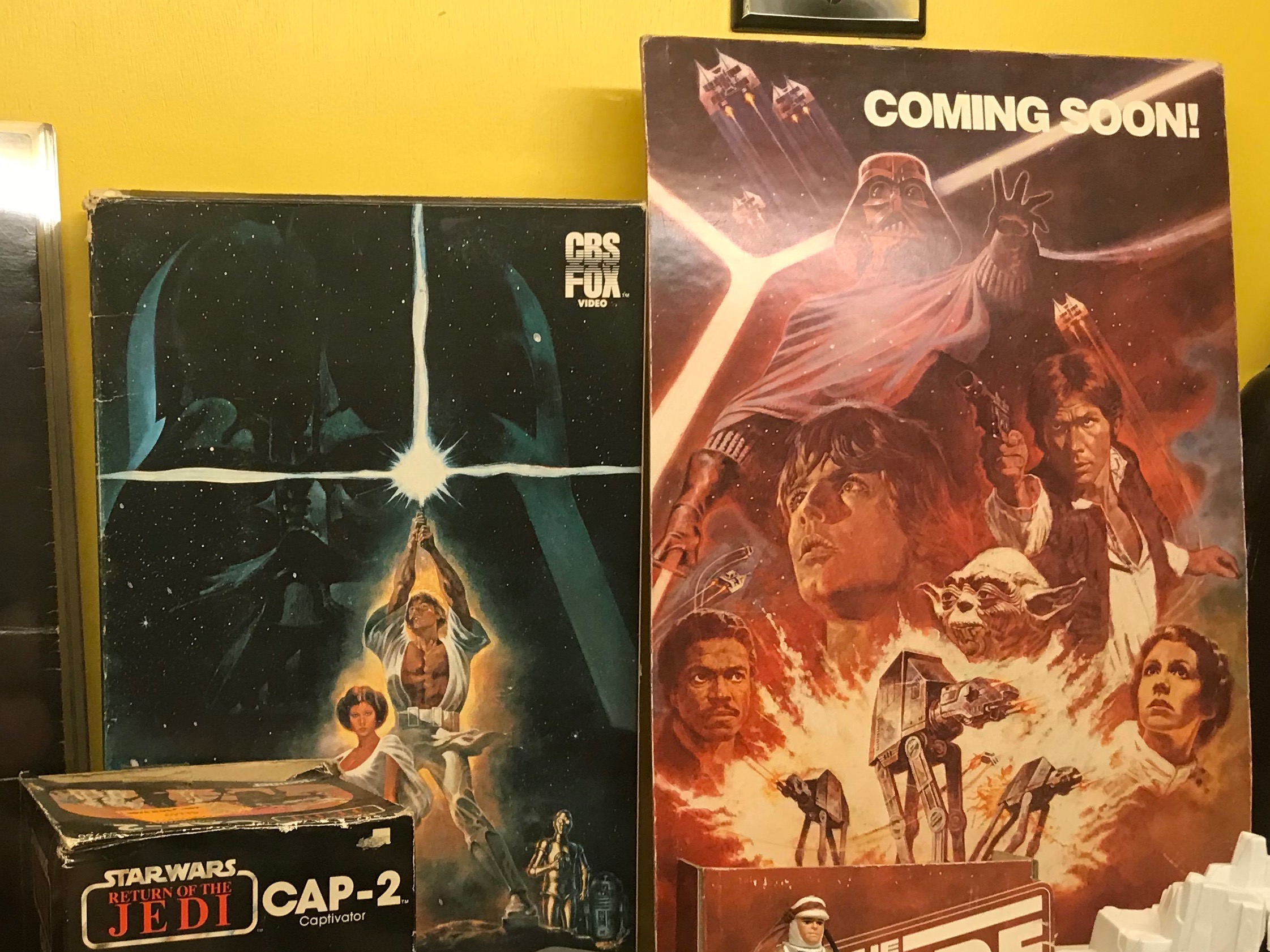 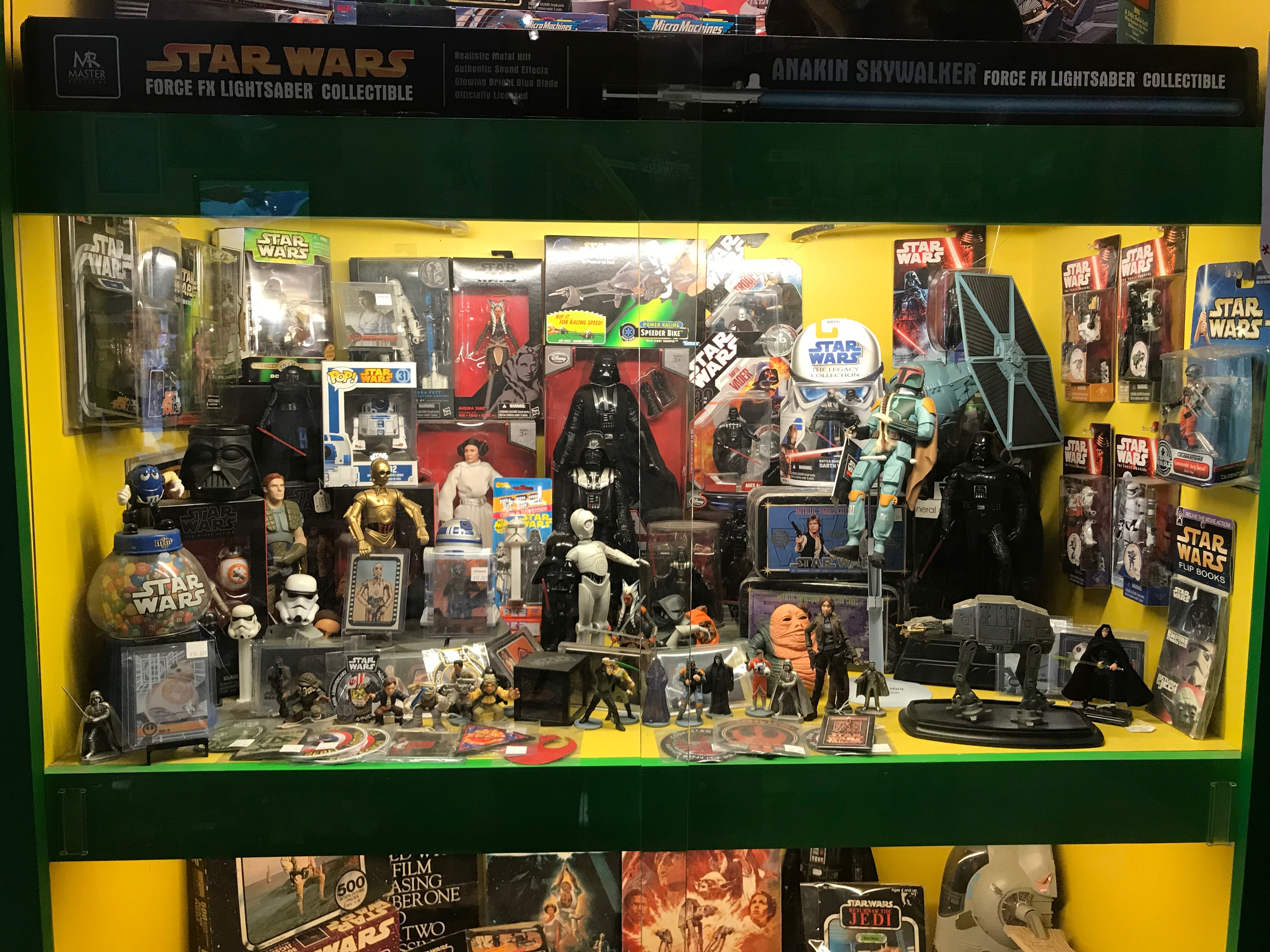 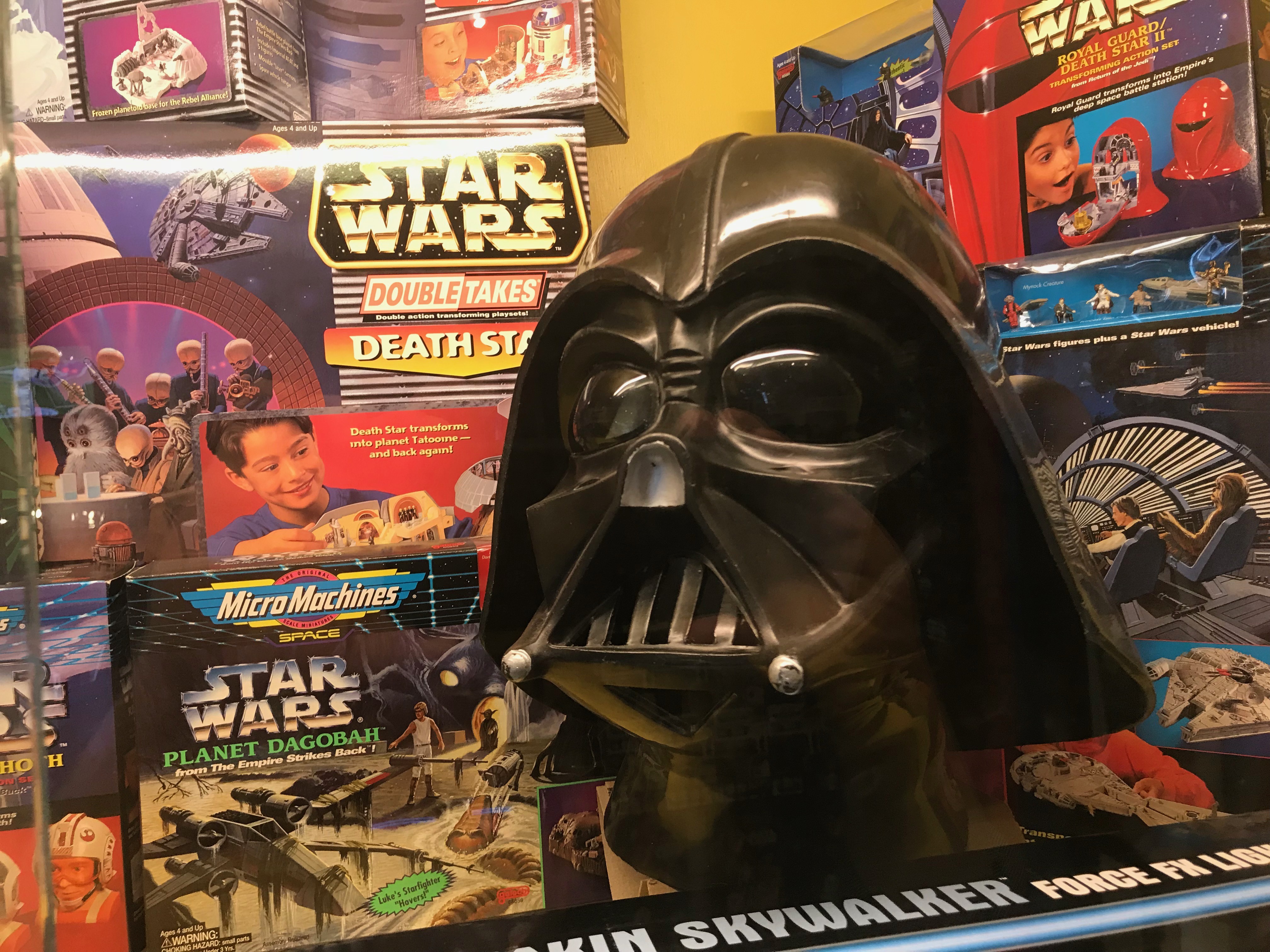 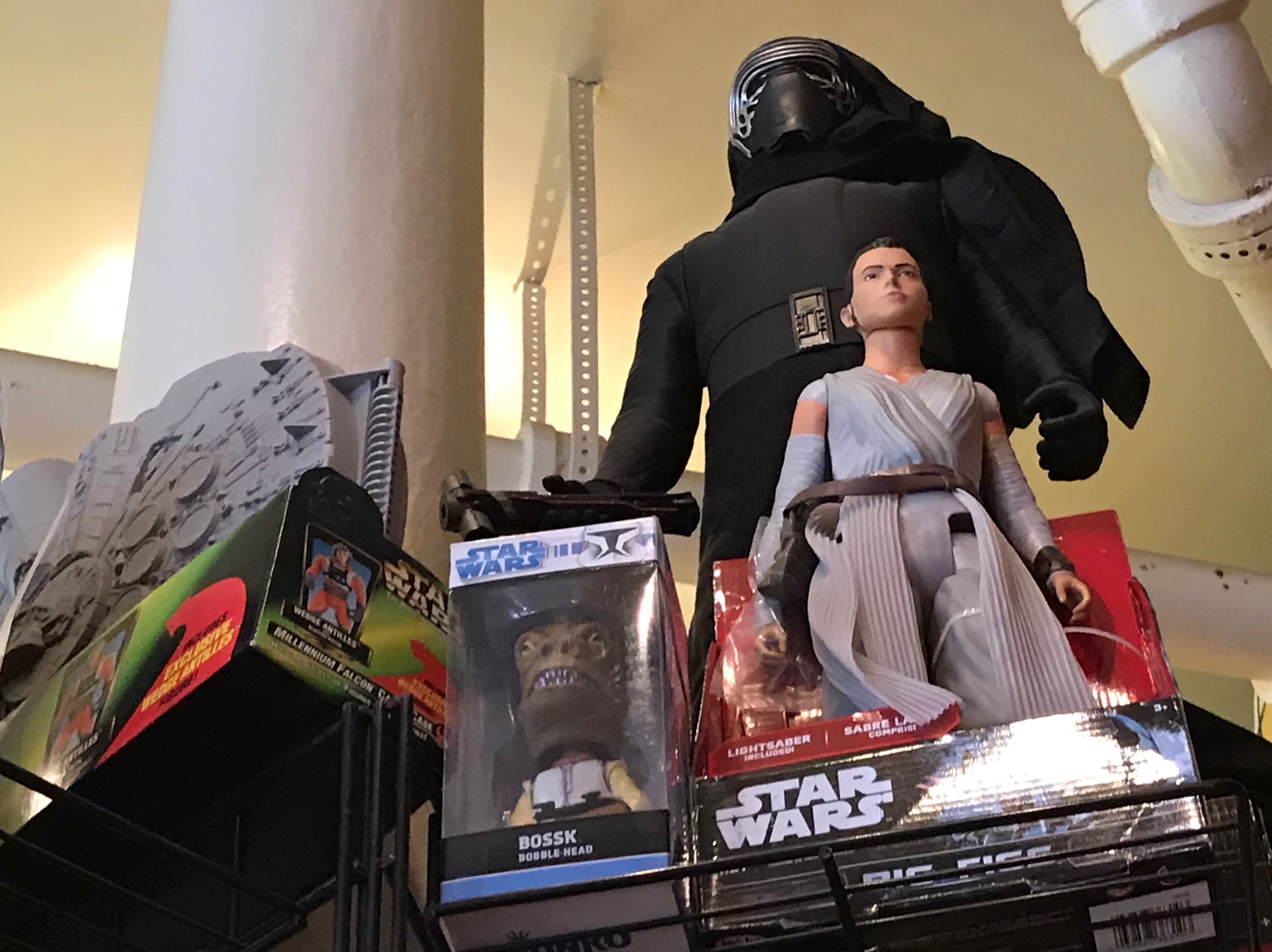 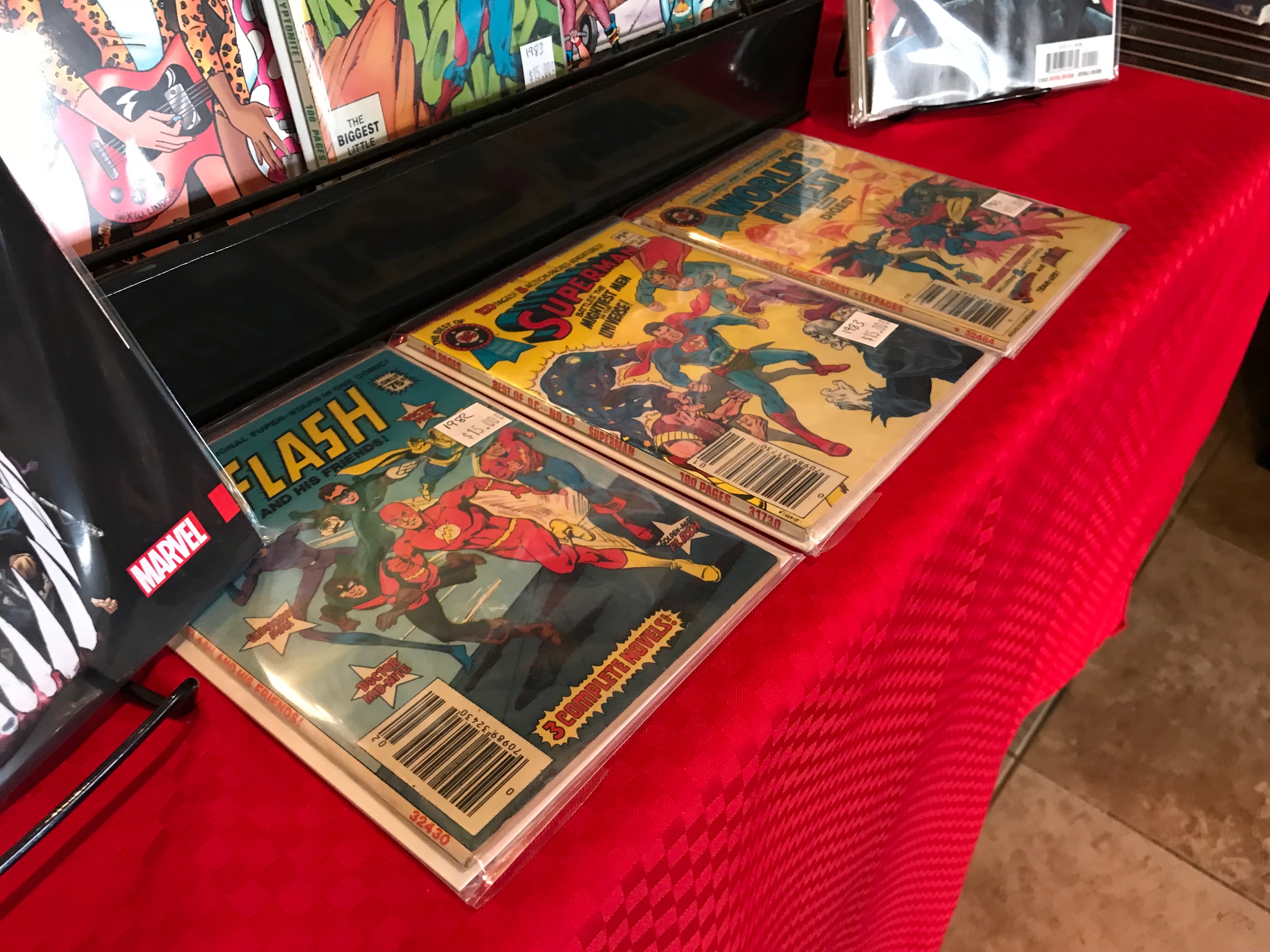 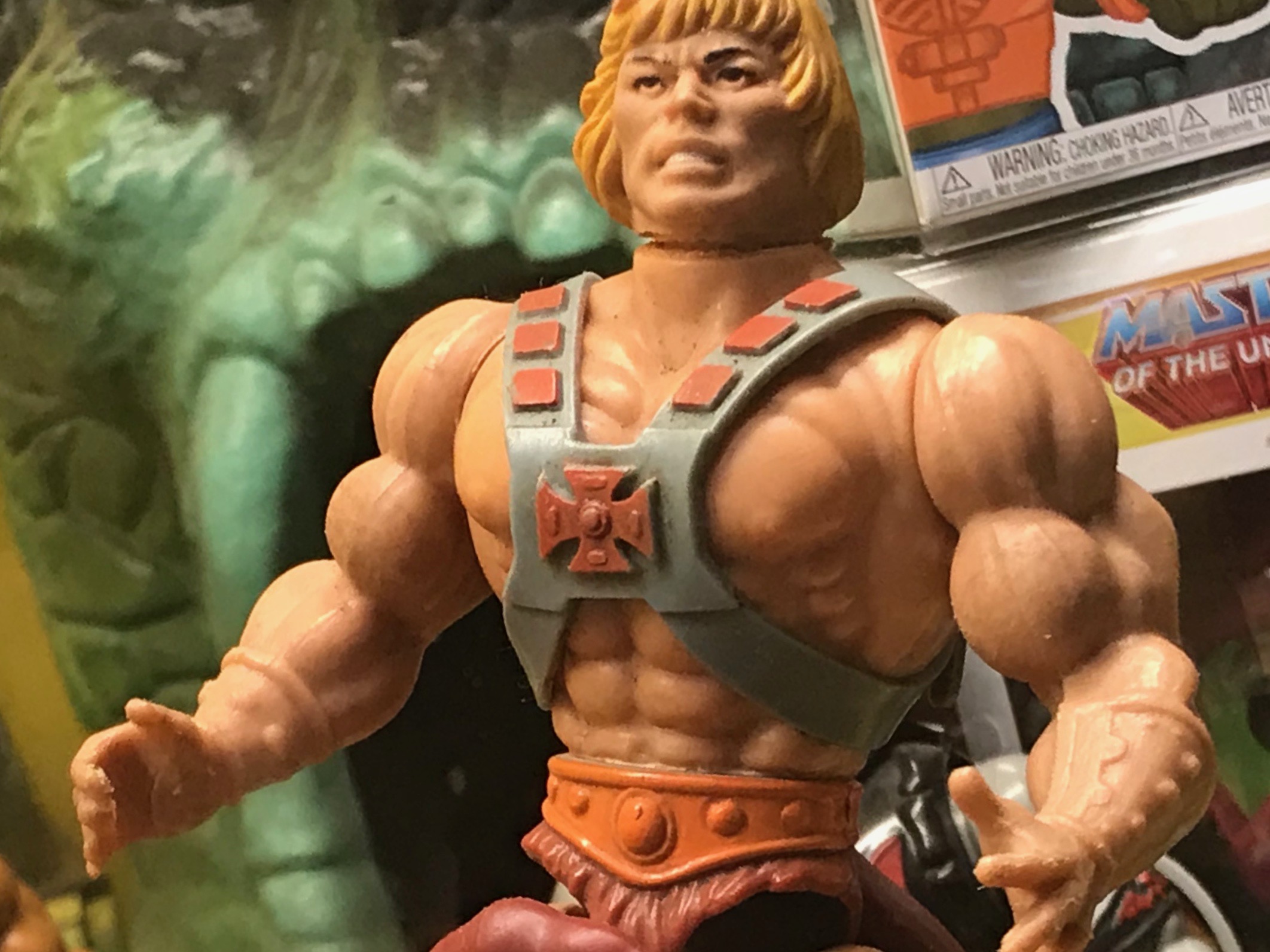 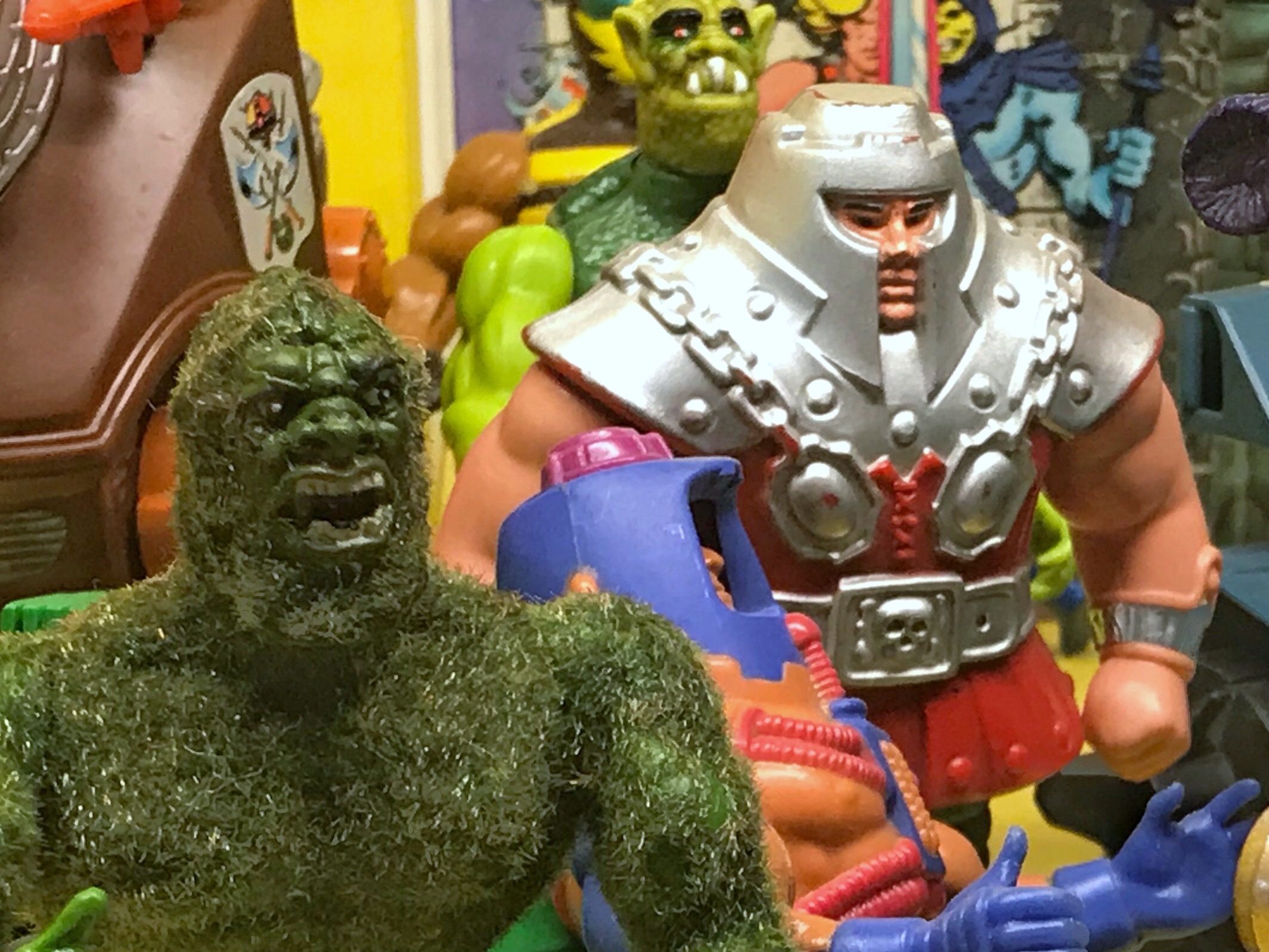 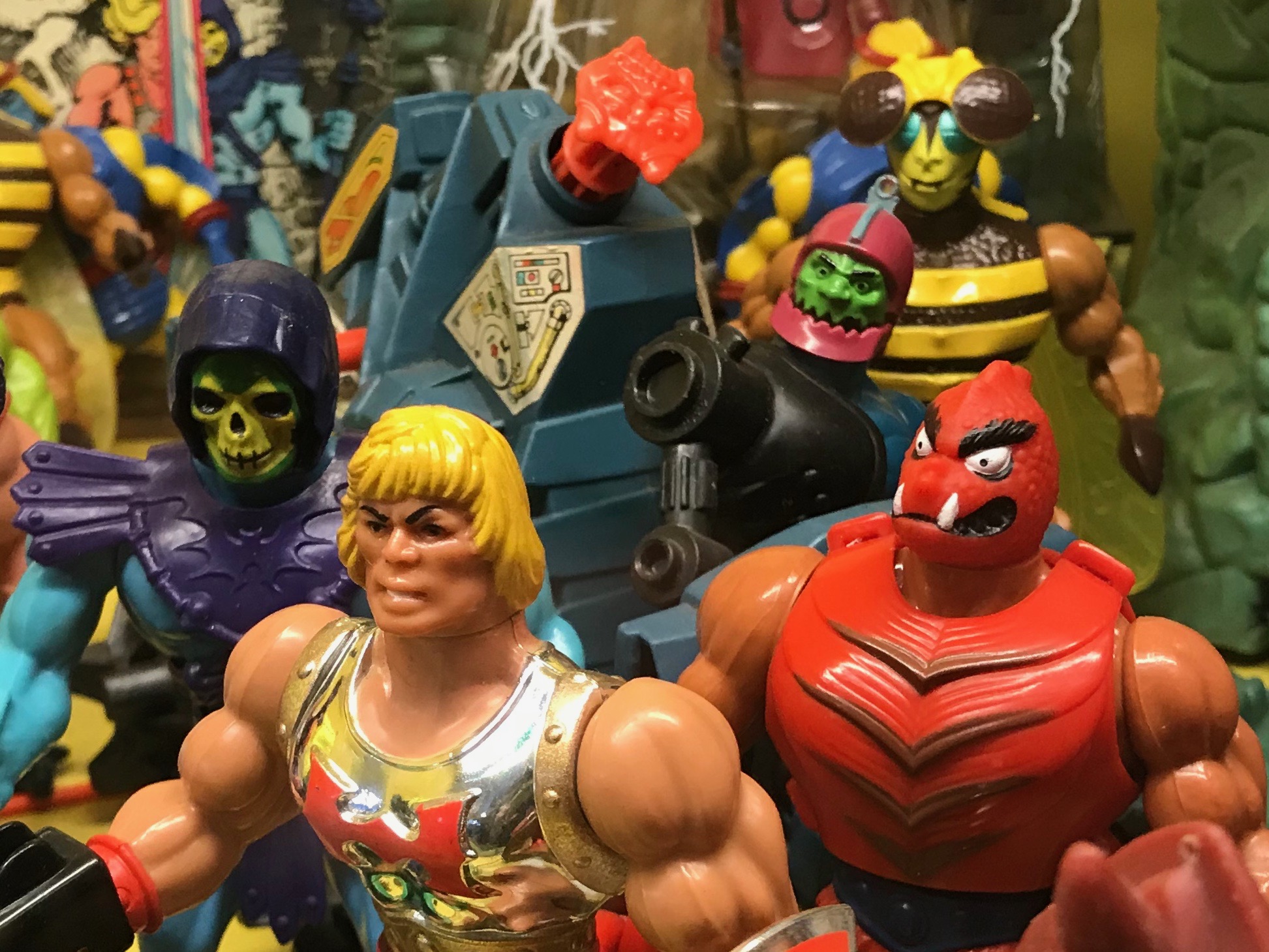 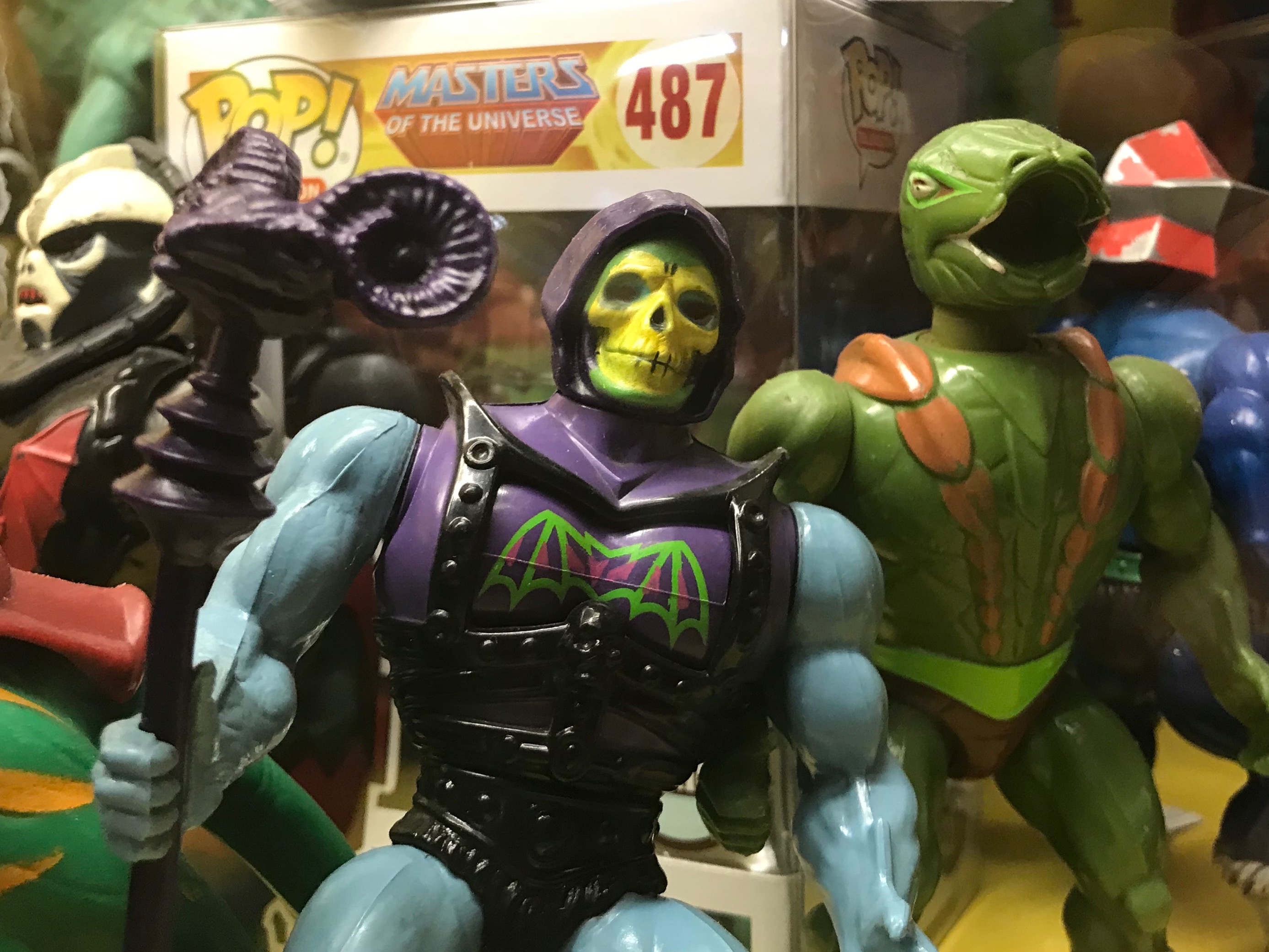 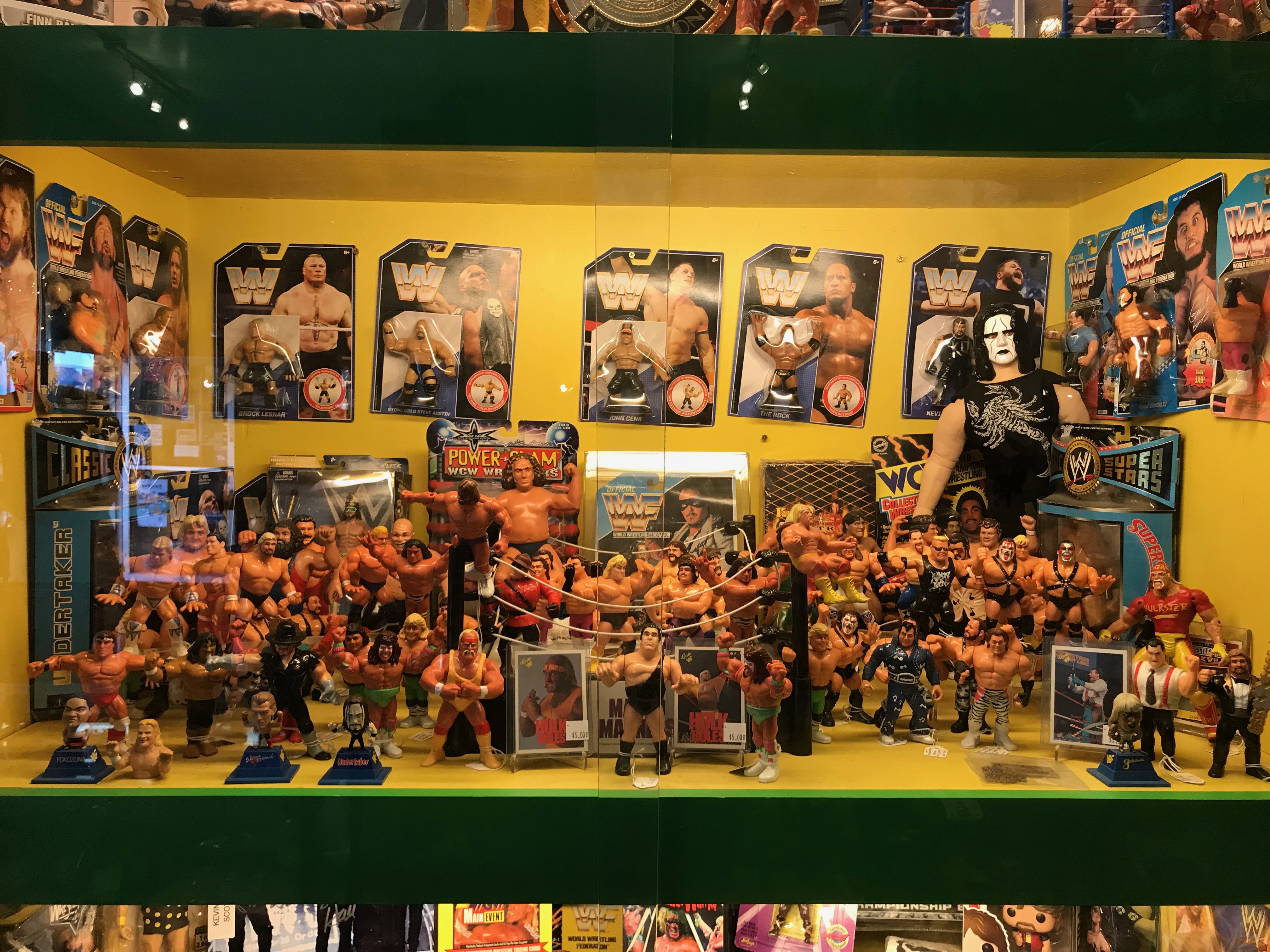 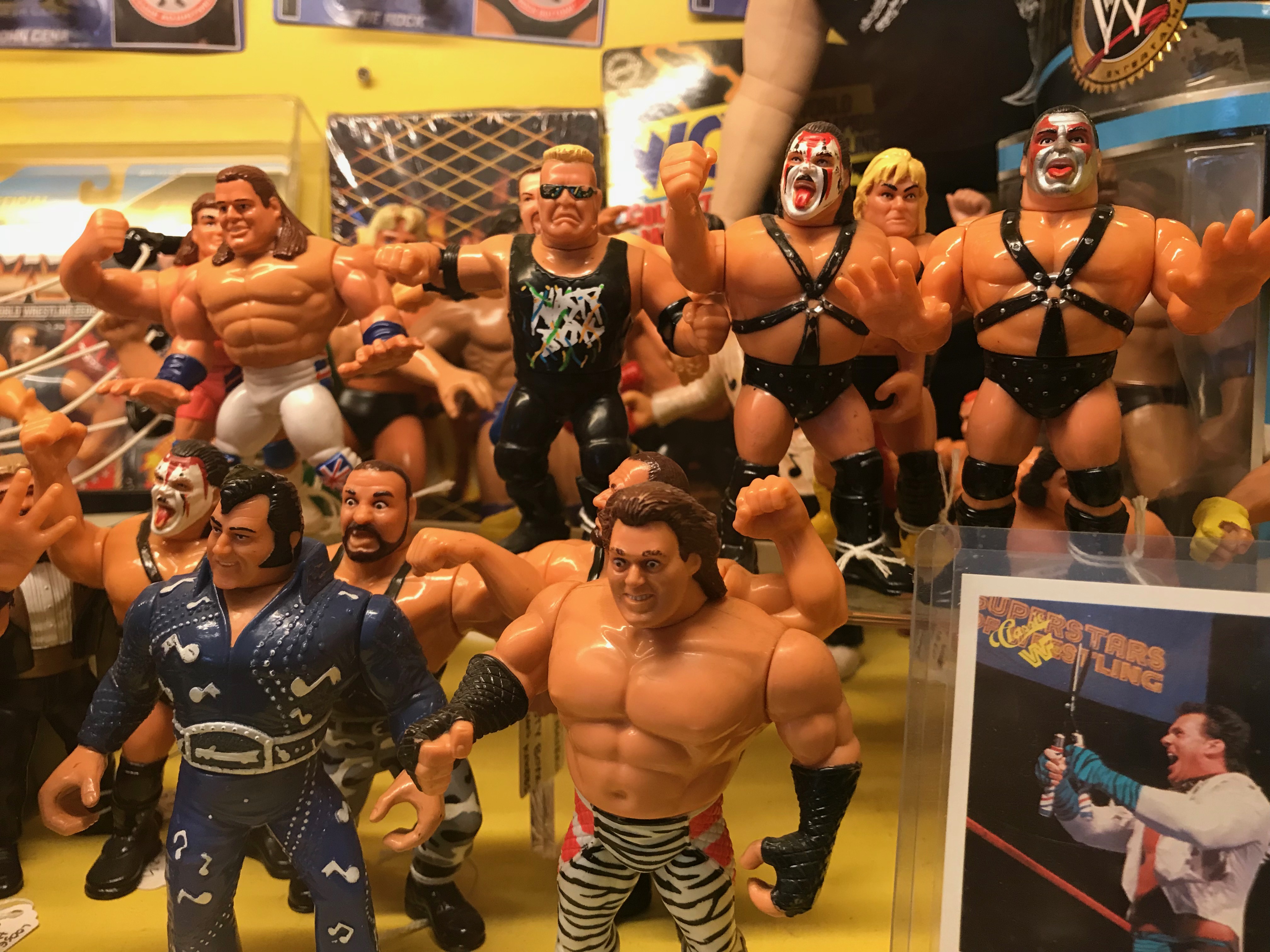 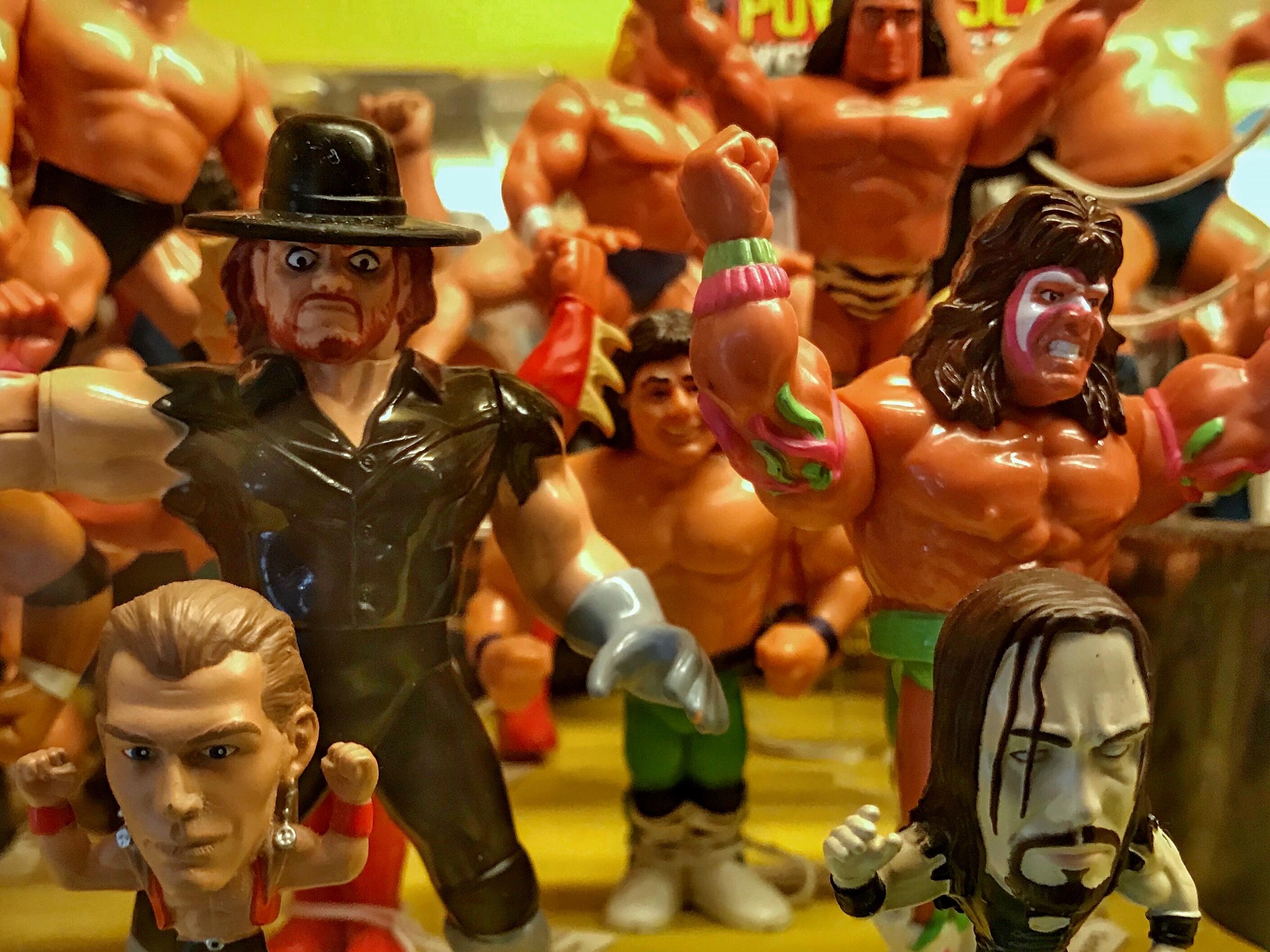 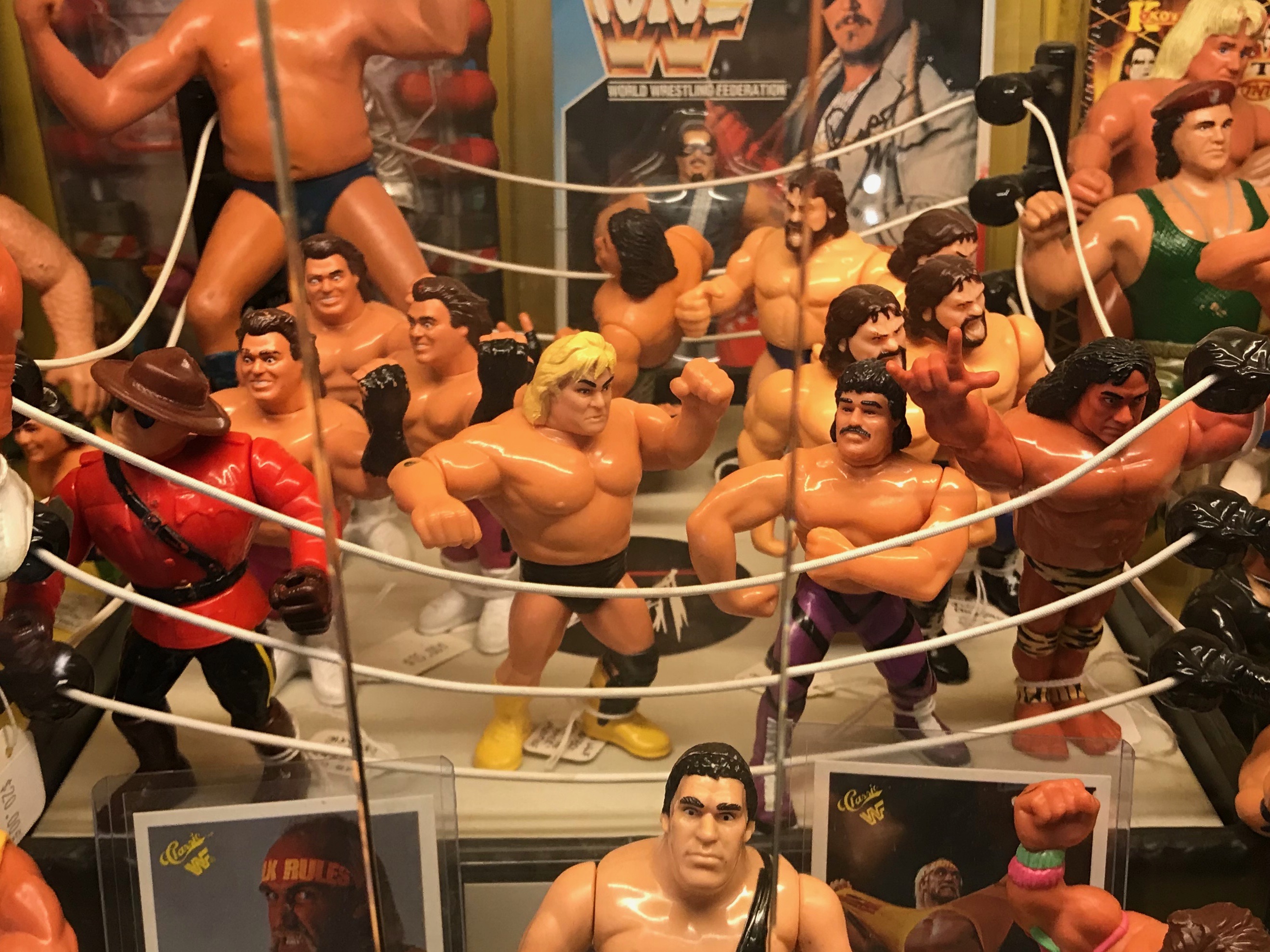 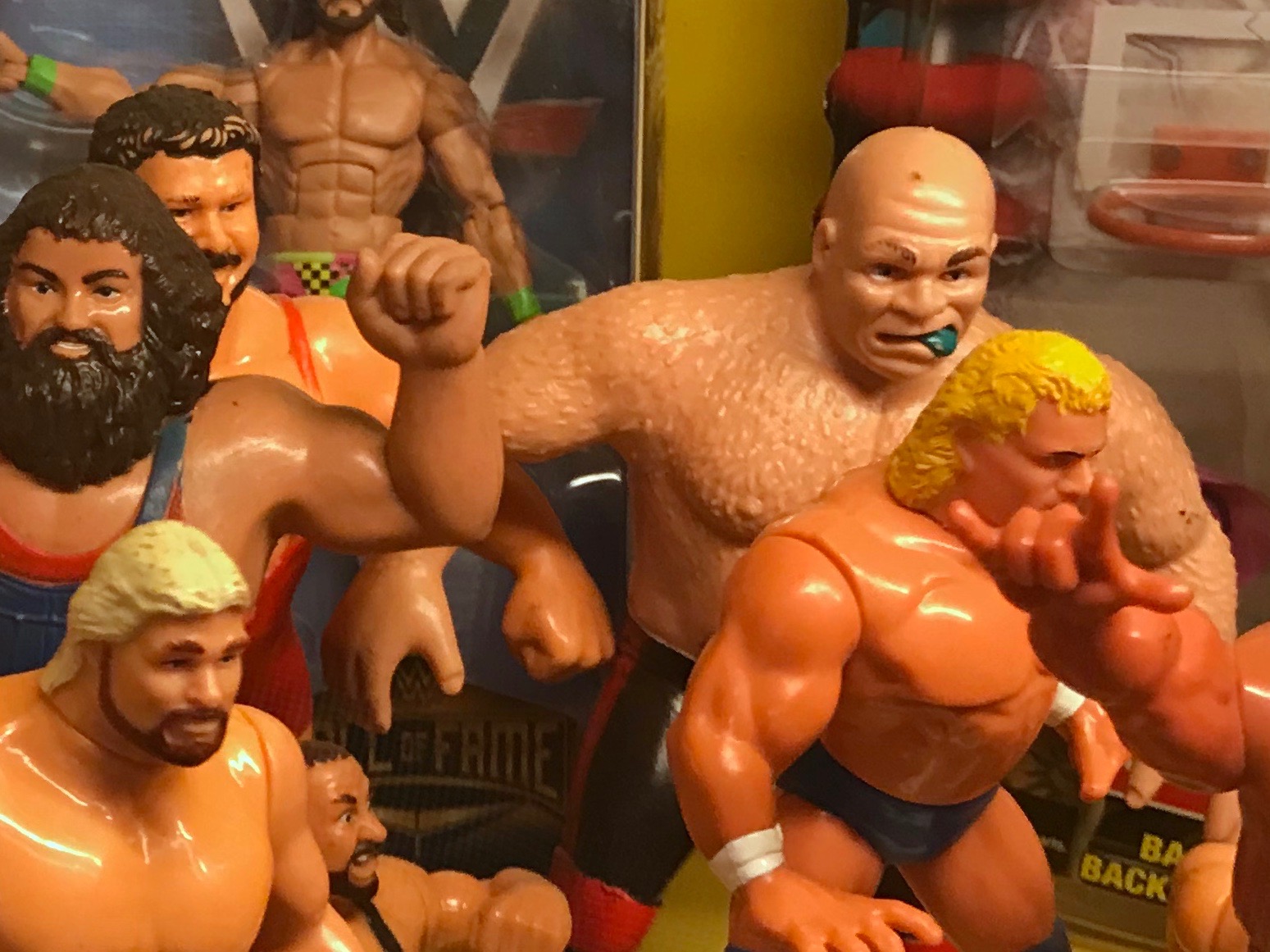 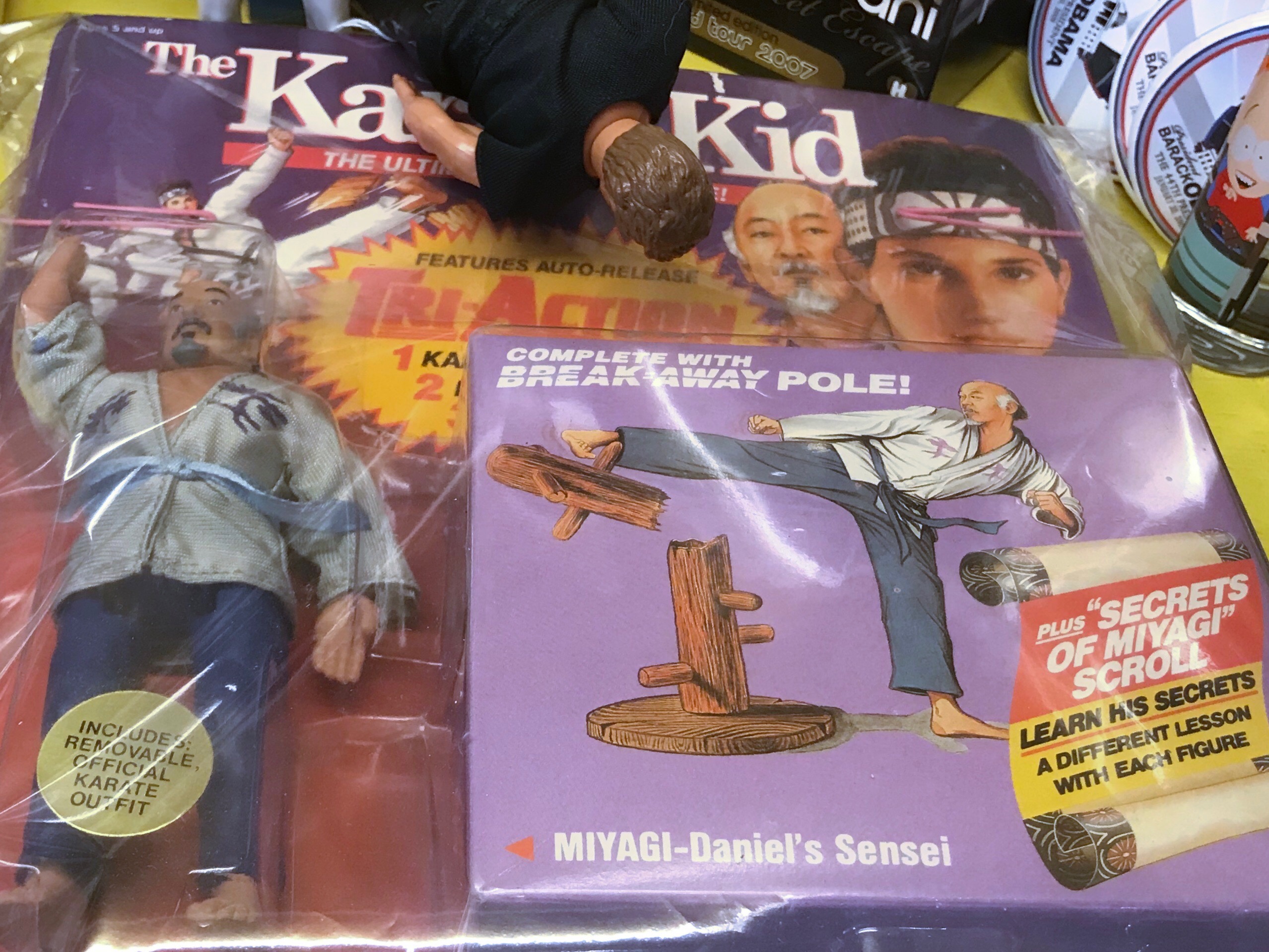 Just in time for the release of Cobra Kai!

I loved this Mr. Miyagi toy and in retro-spect wish I’d picked it up for my wife for her desk. I like that each figure comes with a different “lesson” — the most important of which is, presumably, how to sucker kids into buying multiples of the exact same toy. Also, the “official karate outfit” is removable, so kids can finally answer the question of what does Mr. Miyagi wear under there? I’m not aware that they ever sold alternative outfits for Mr. Miyagi, so it makes you wonder what the point was of being able to take his karate outfit off.

Wonder, and then shudder.