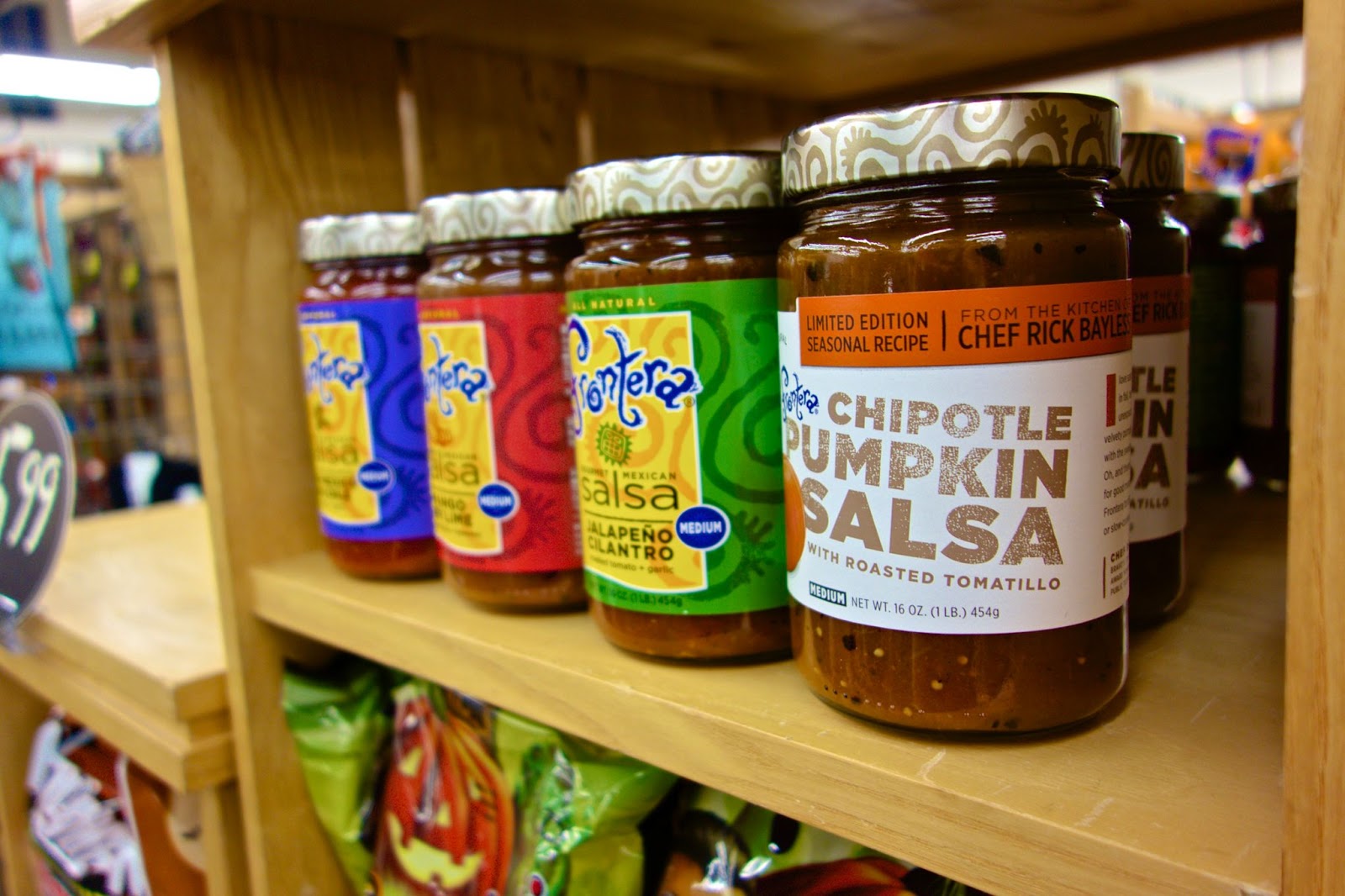 Already a great place to find exotic candies, foreign soda pop, and specialty food items at any time of the year (Brian Hammons, you know what I’m talking about), World Market really comes alive for Halloween. If you’ve got one in your area, get down there right now and check their selection. The stuff they carry is definitely outside of the Target/Big Lots/Dollar Store Halloween mold, but that’s not to say it’s super expensive. This year the emphasis is (appropriately) on Halloween’s Mexican cousin, El Dia de los Muertos — The Day of the Dead — because of a merchandising tie-in with the upcoming movie The Book of Life.

Scroll on through and enjoy the gruesome, sinister, and sometimes festive gallery of World Market goodies, and let your senses carry you away to that time, just a little more than a month distant now, when the autumn wind will carry dead leaves past your door, and spooks and goblins will roam your streets, looking for satisfaction in paper and tin foil wrappers. 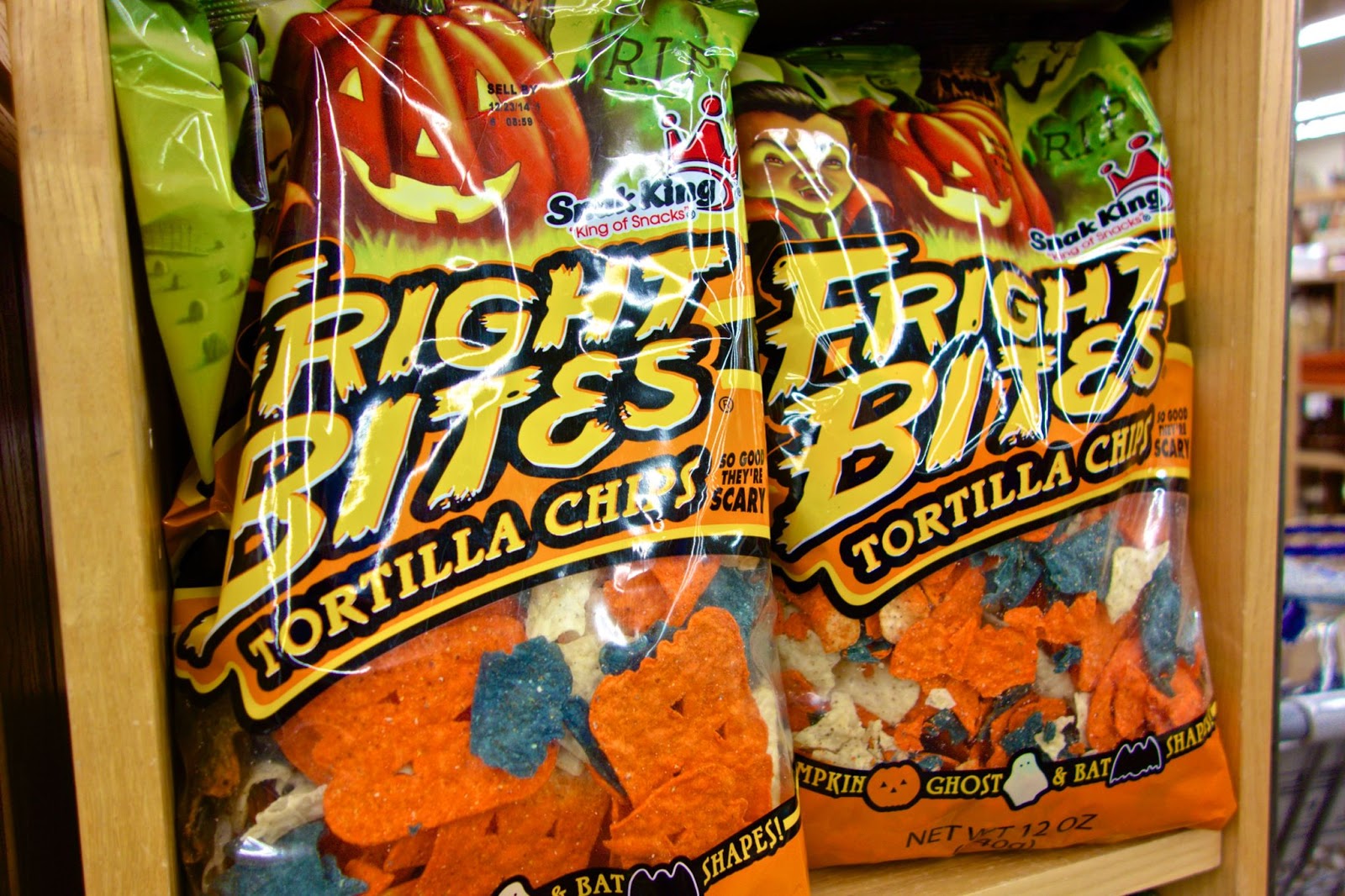 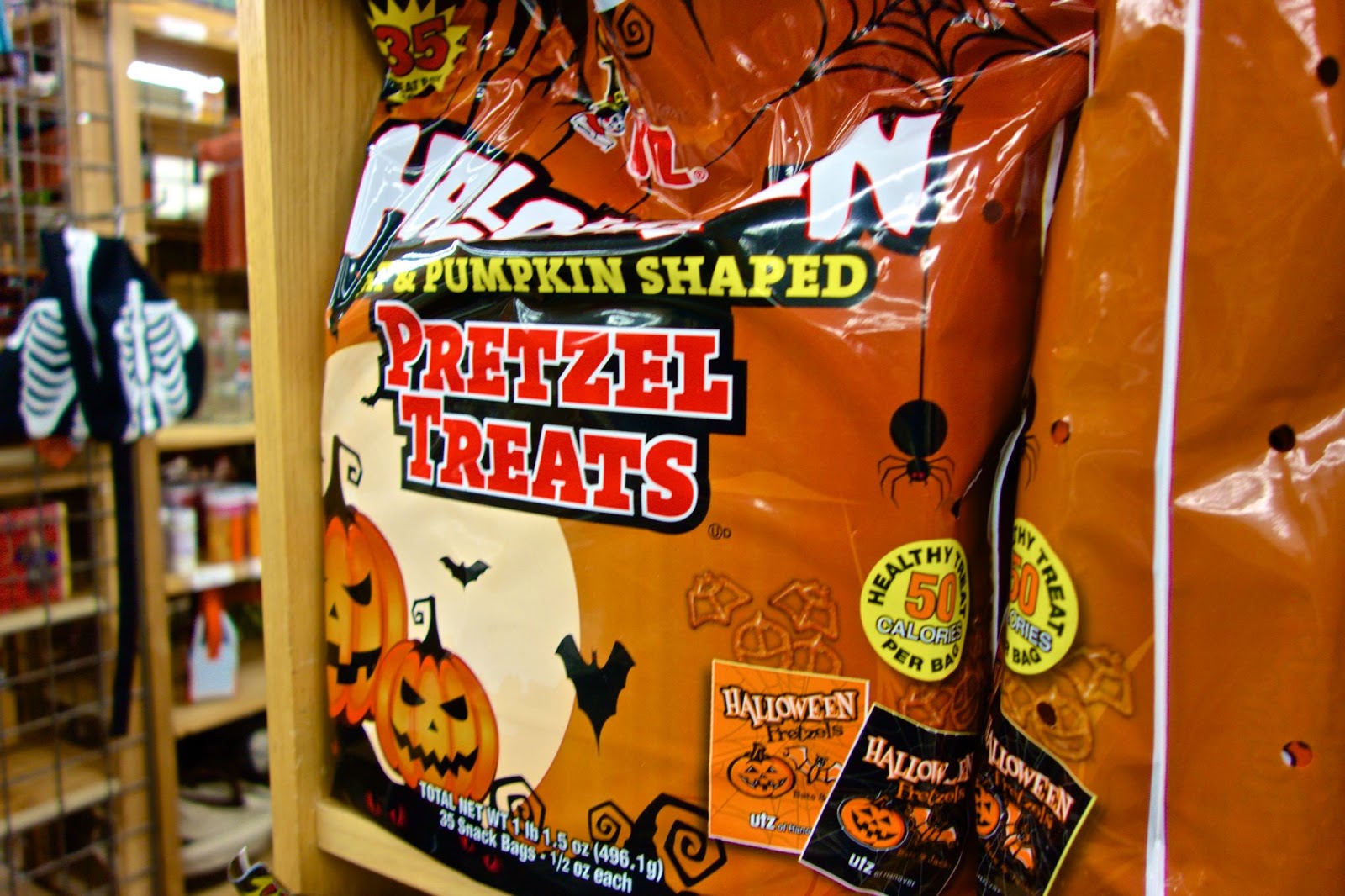 These are very familiar to the kids and I, as we always seem to end up with a few of these in our bag over the last couple of years. These go to me, for consumption with chocolate and/or beer. 😊 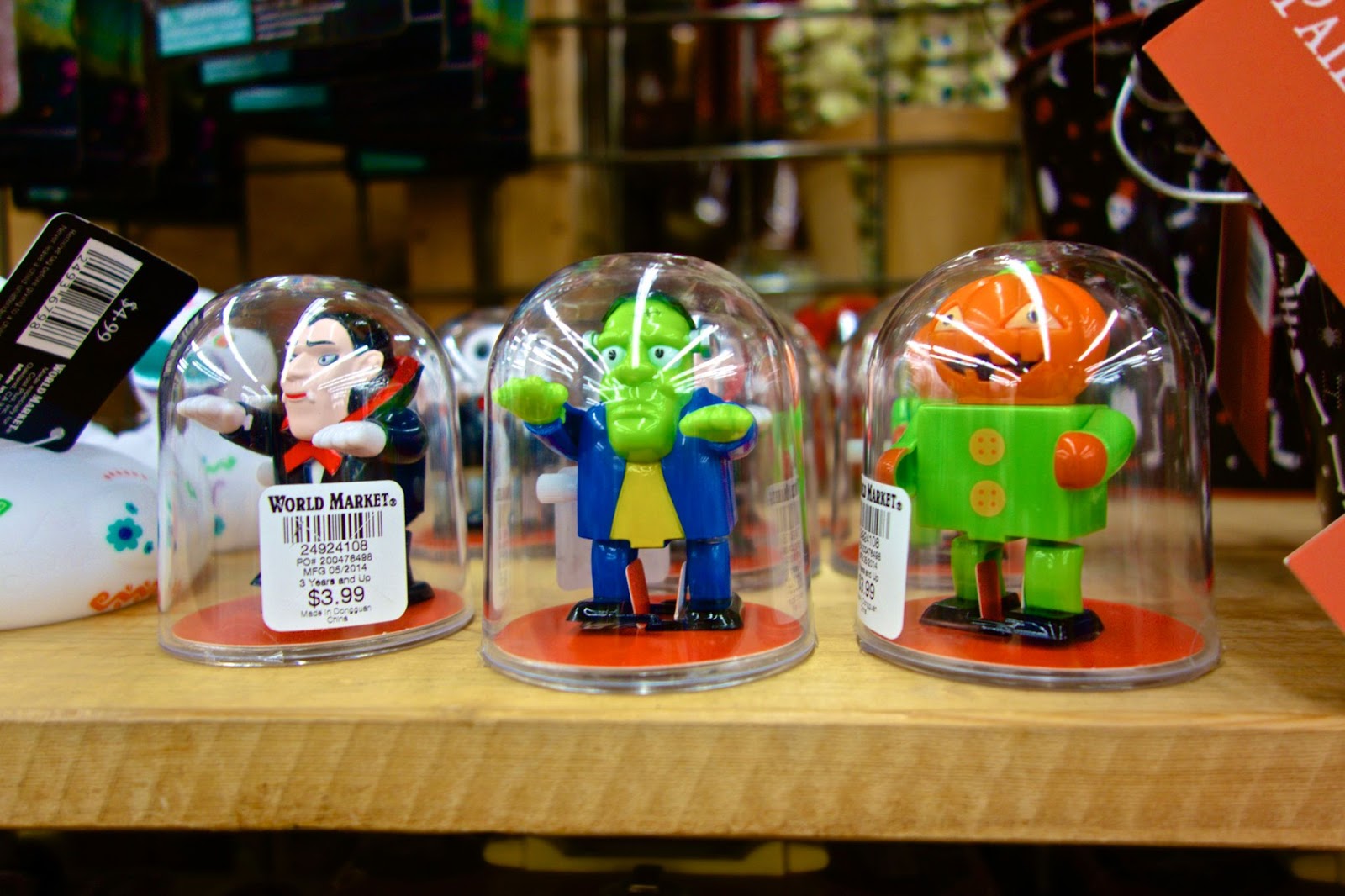 Toys for the bebe. They almost look better under the glass, though. 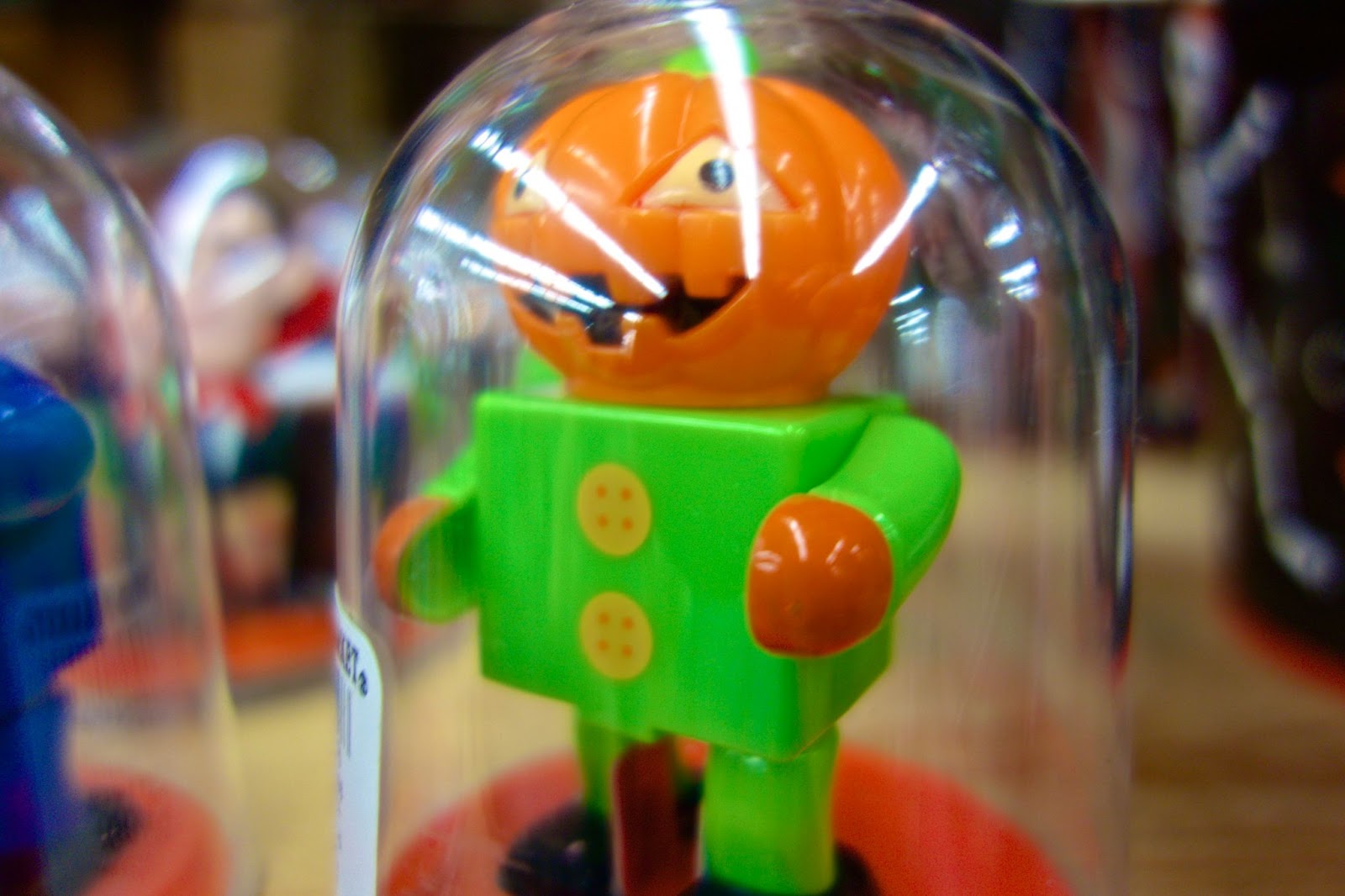 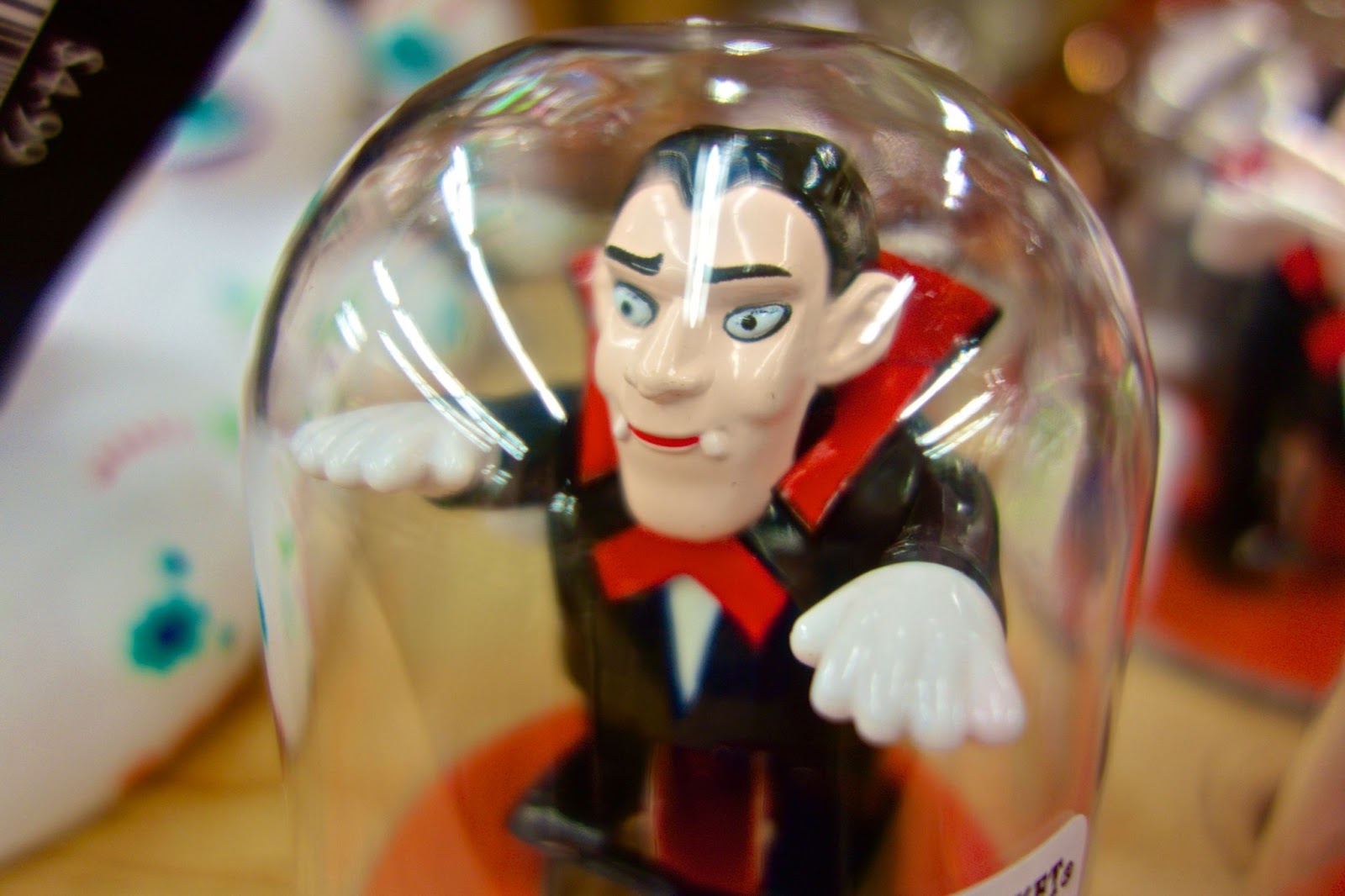 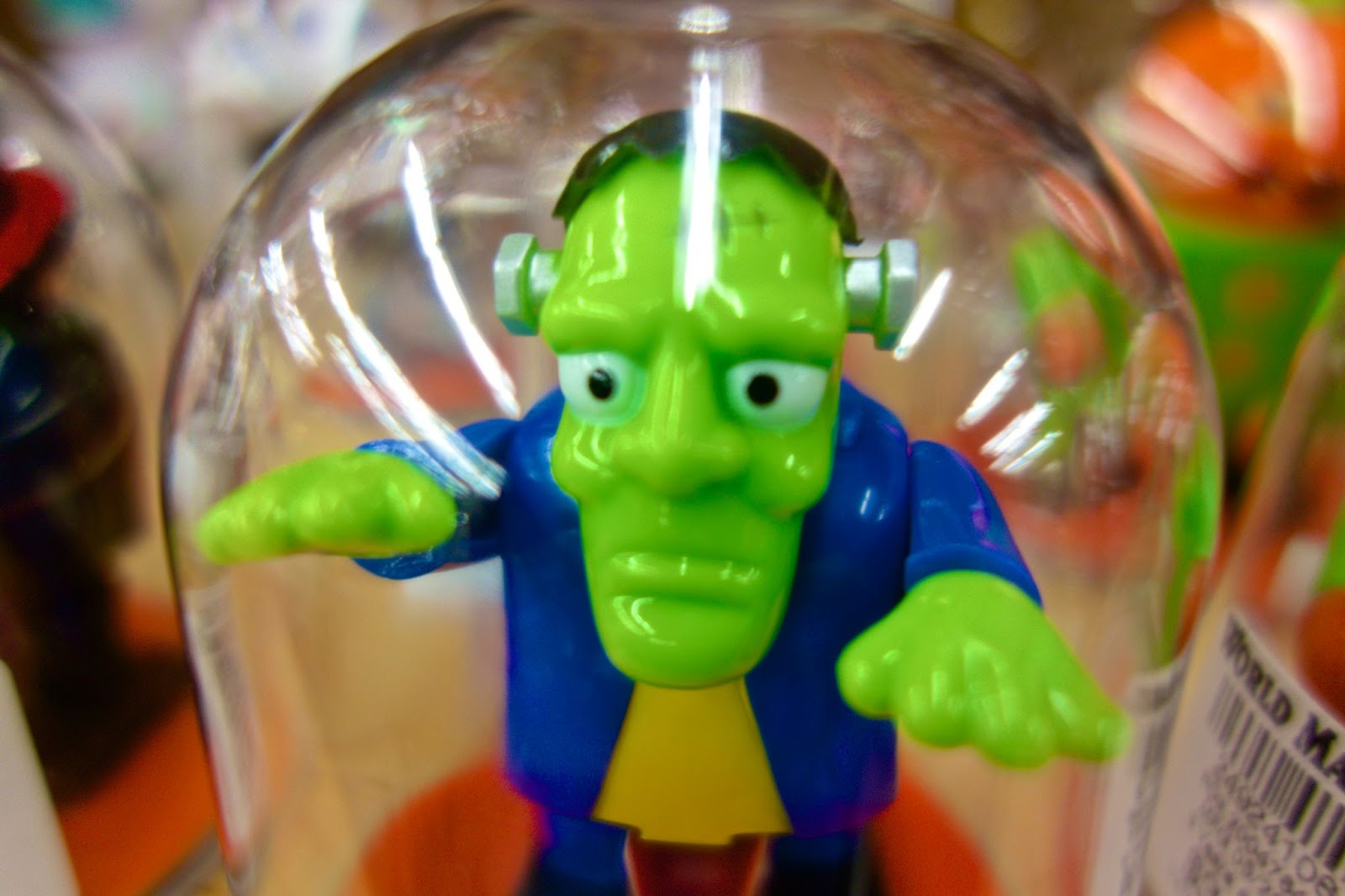 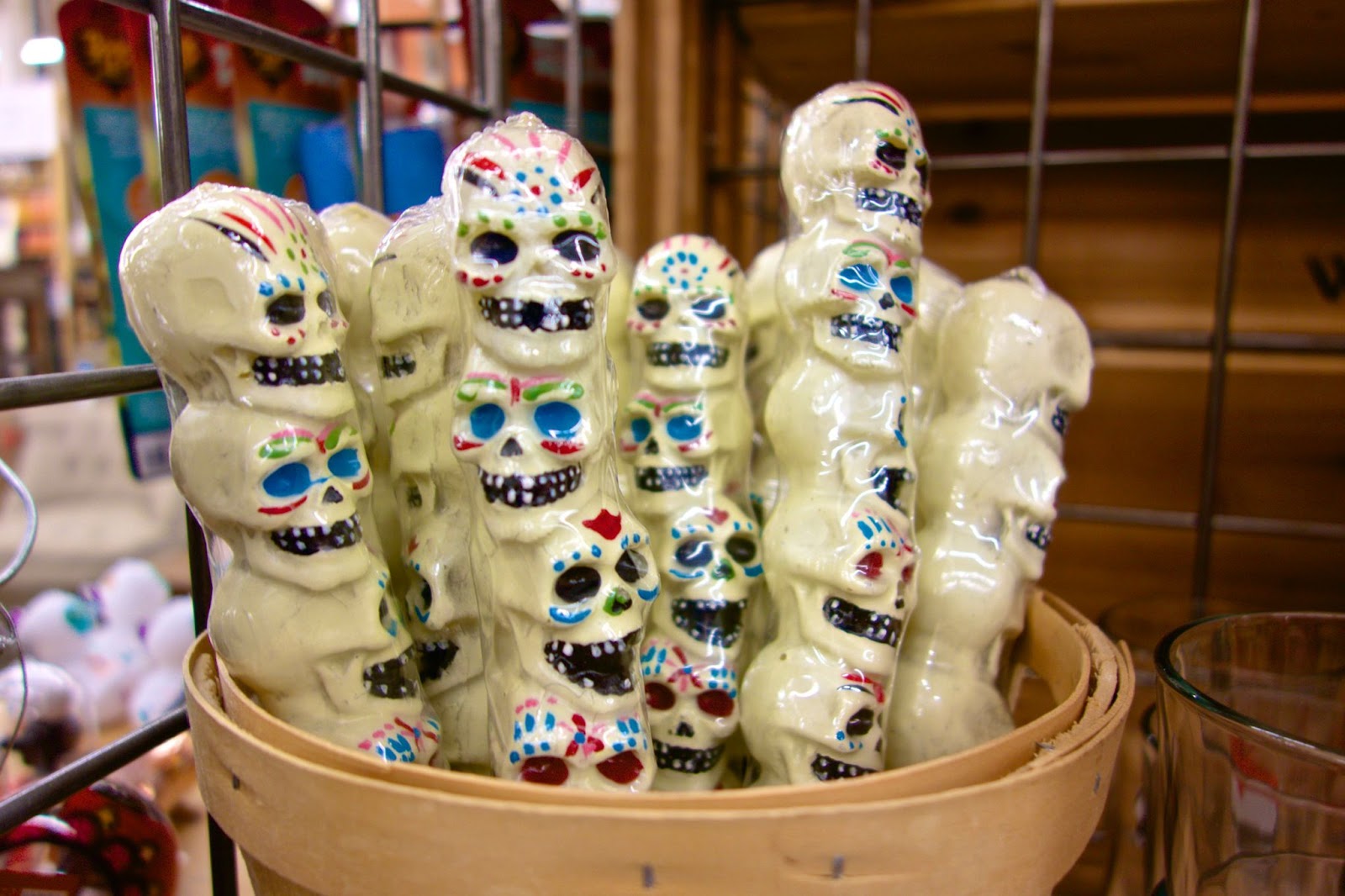 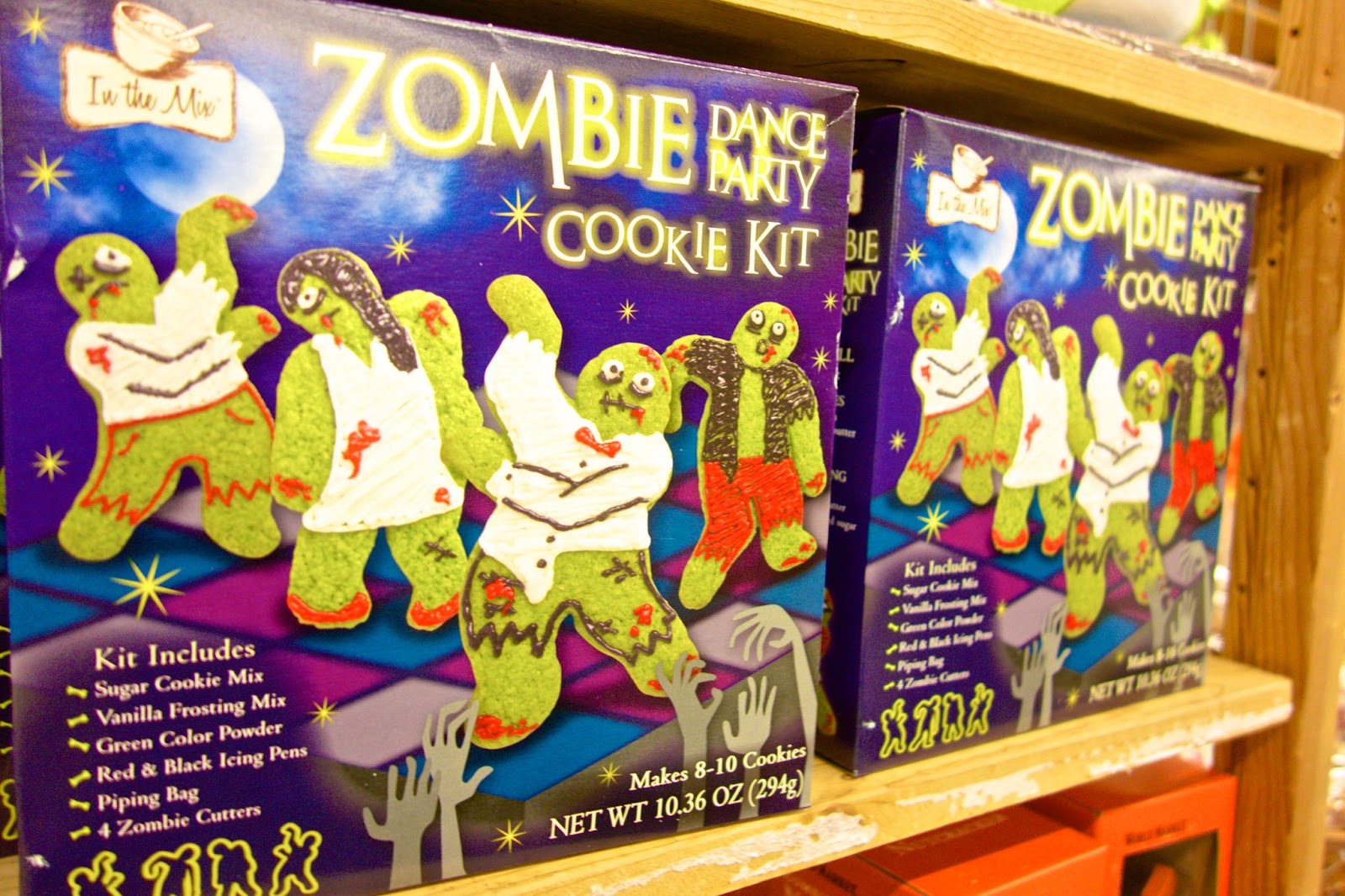 It’s at times like these that having two people in the family with a gluten allergy becomes especially hard. I’d love to dig in to stuff like this… 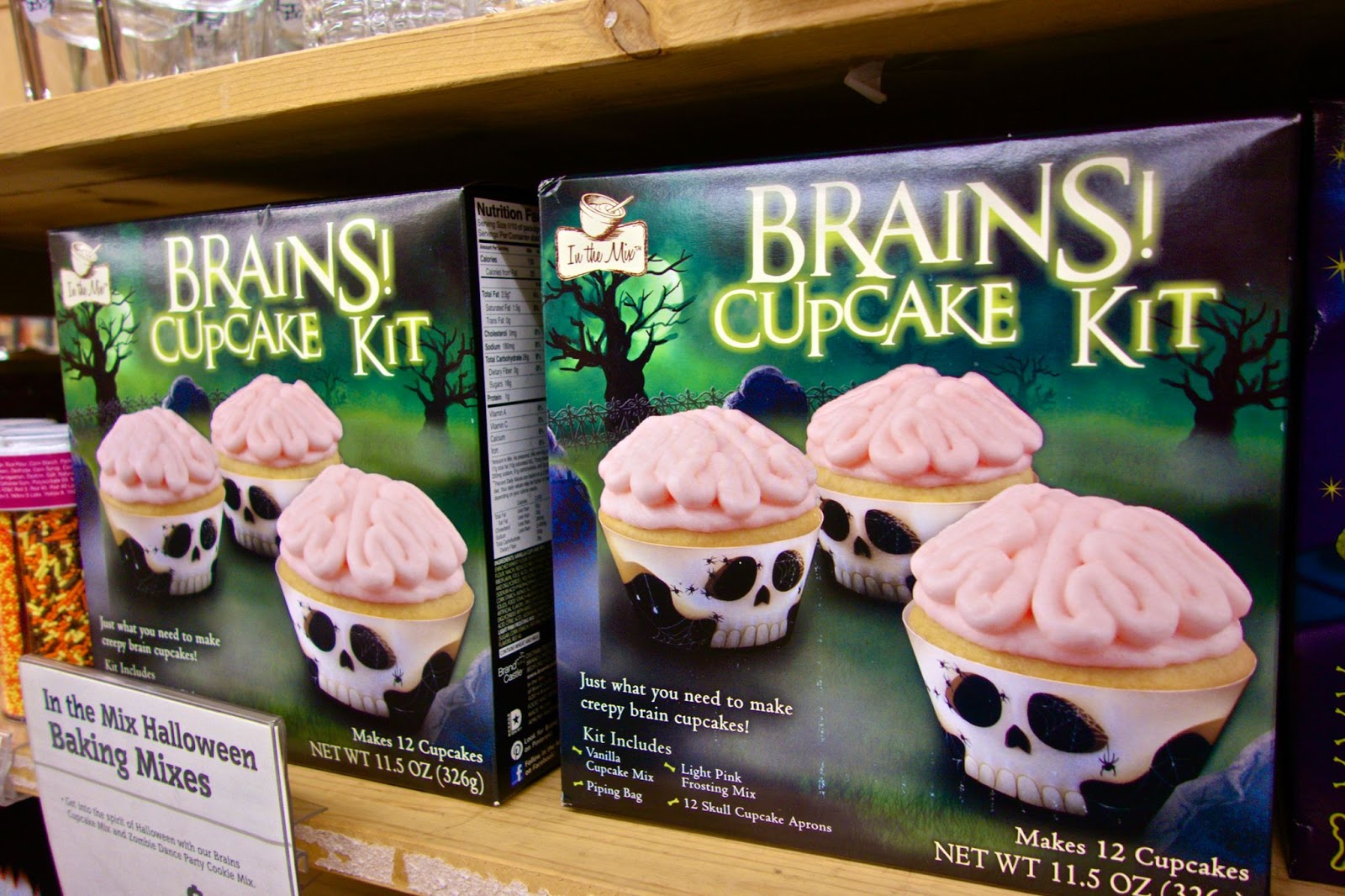 …or like this Brains! Cupcake Kit, they don’t make ‘em in gluten-free varieties. Such is life. 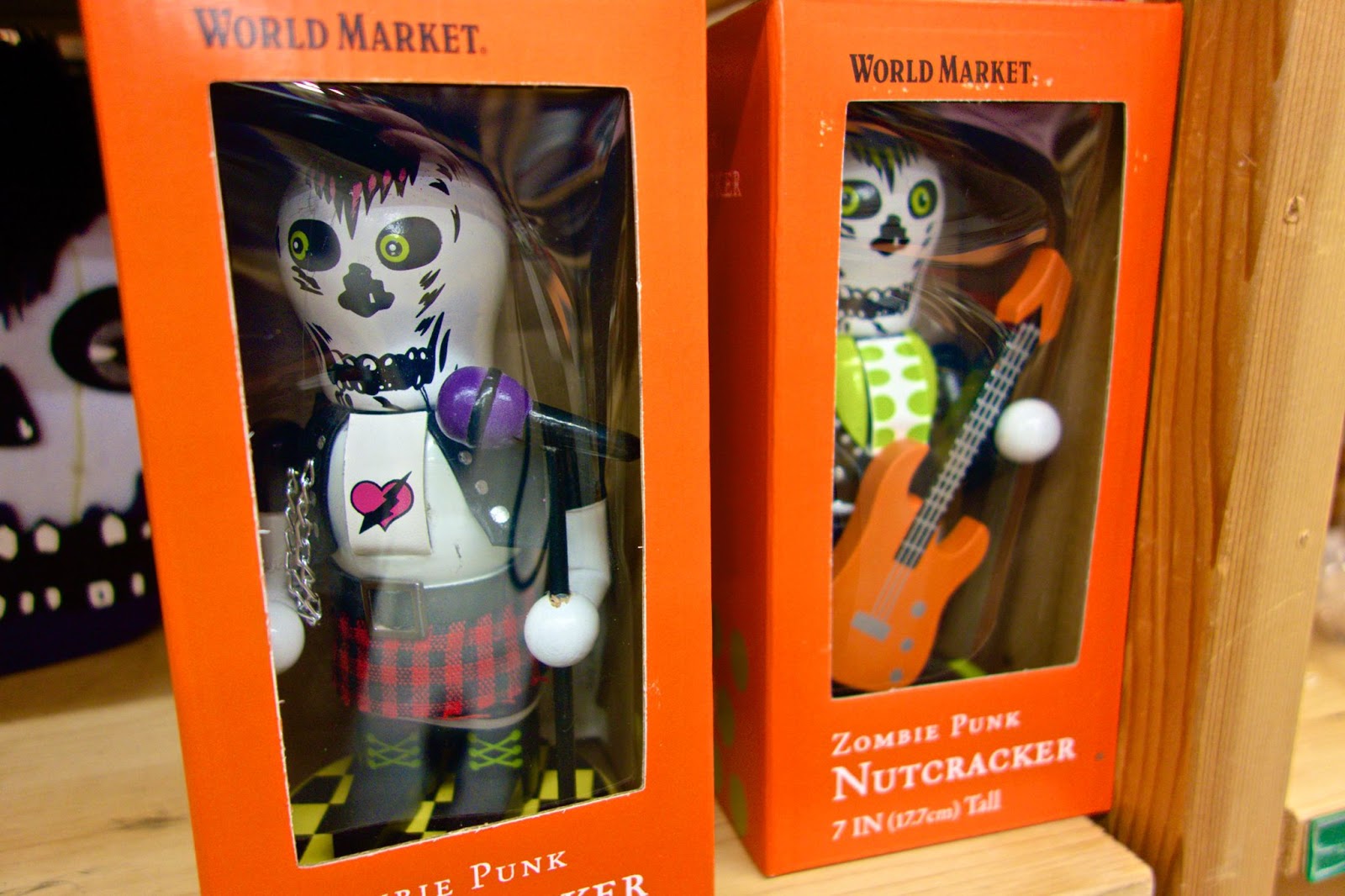 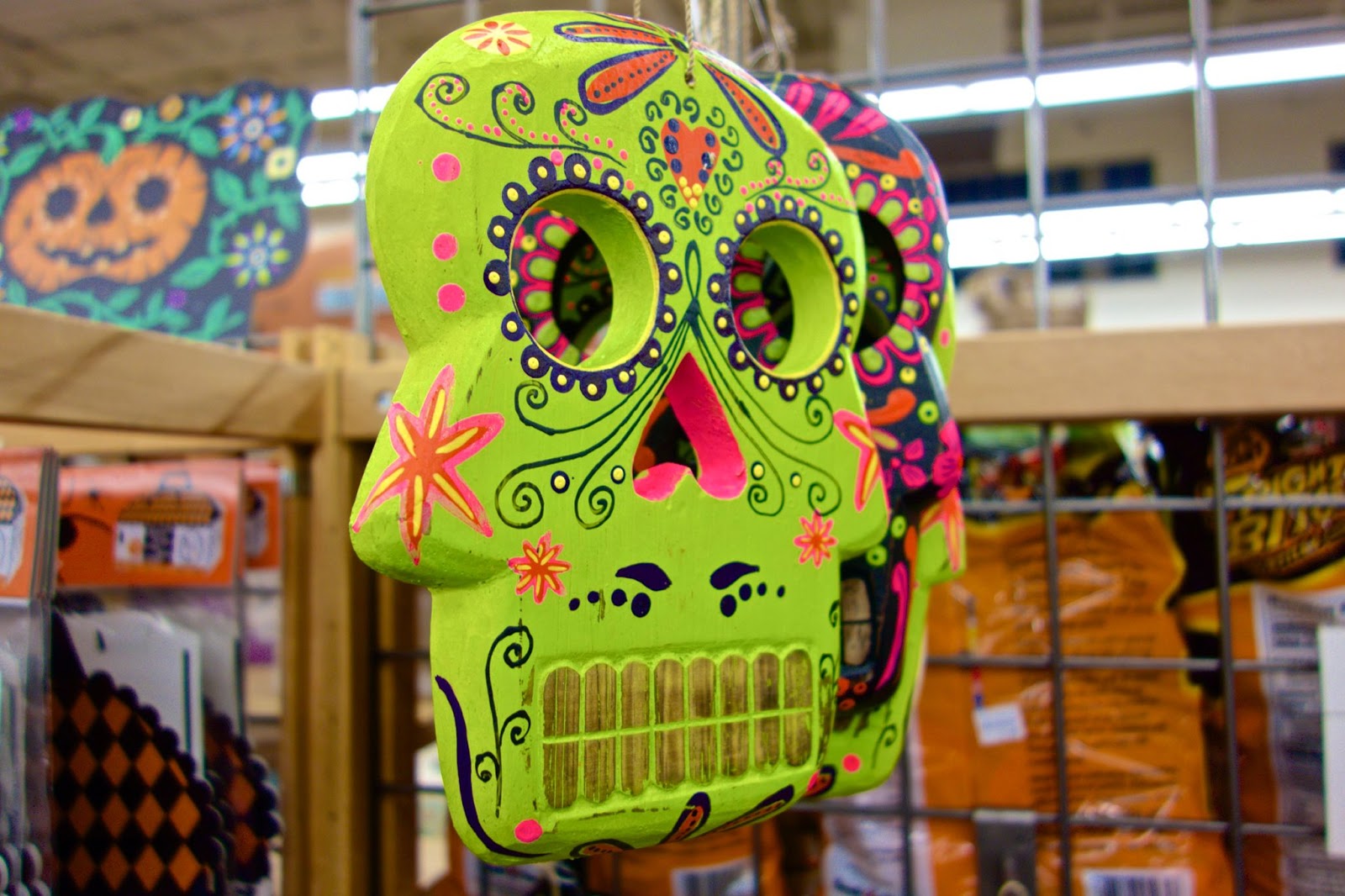 The El Dia stuff is really cool. Those decorative skulls are both pretty, and symbolic. The Mexican holiday is an evolution of the Catholic feasts of All Saints and All Souls, commemorating the dead, into which aboriginal Mexican cultural traditions have been blended. 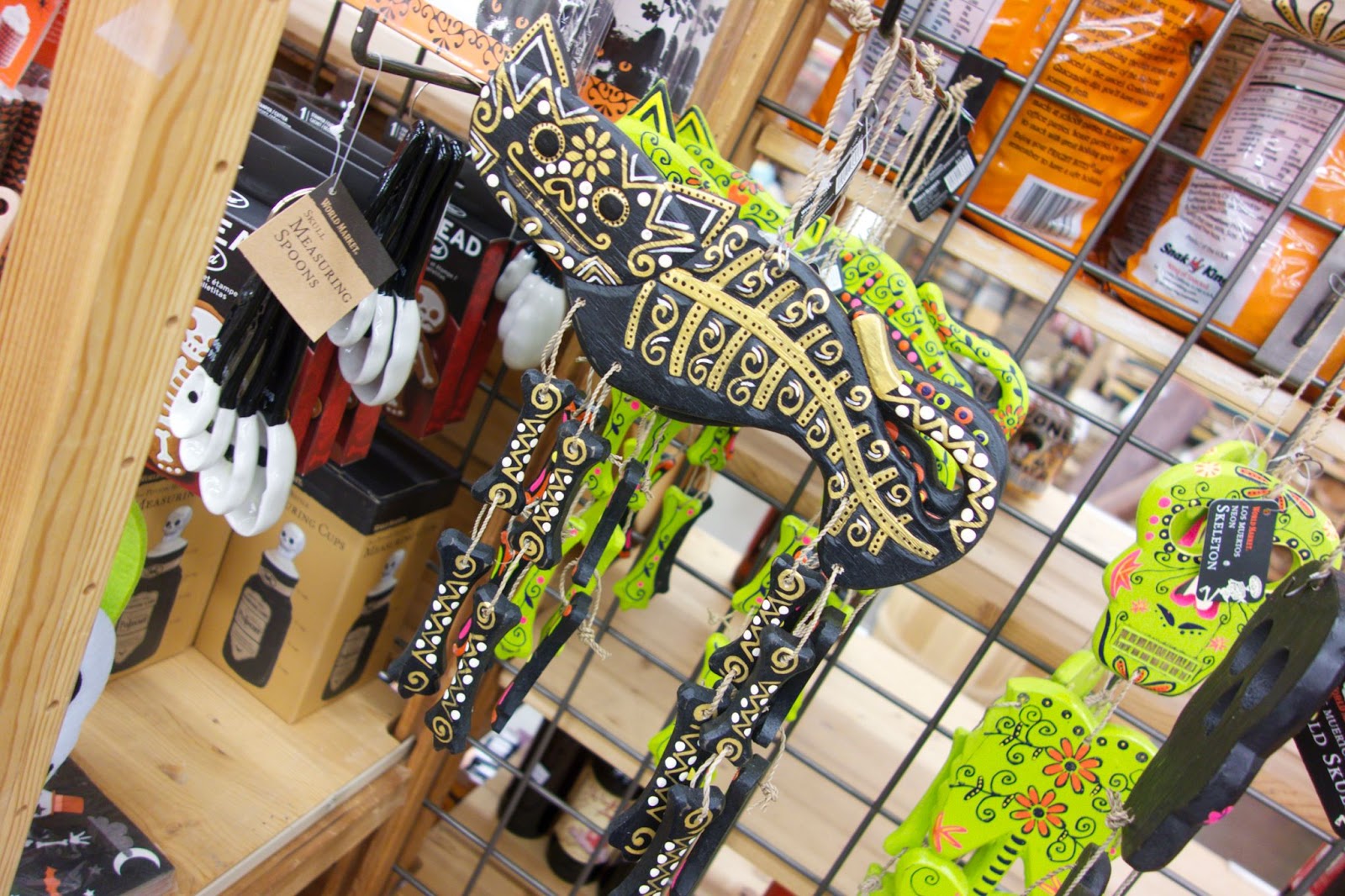 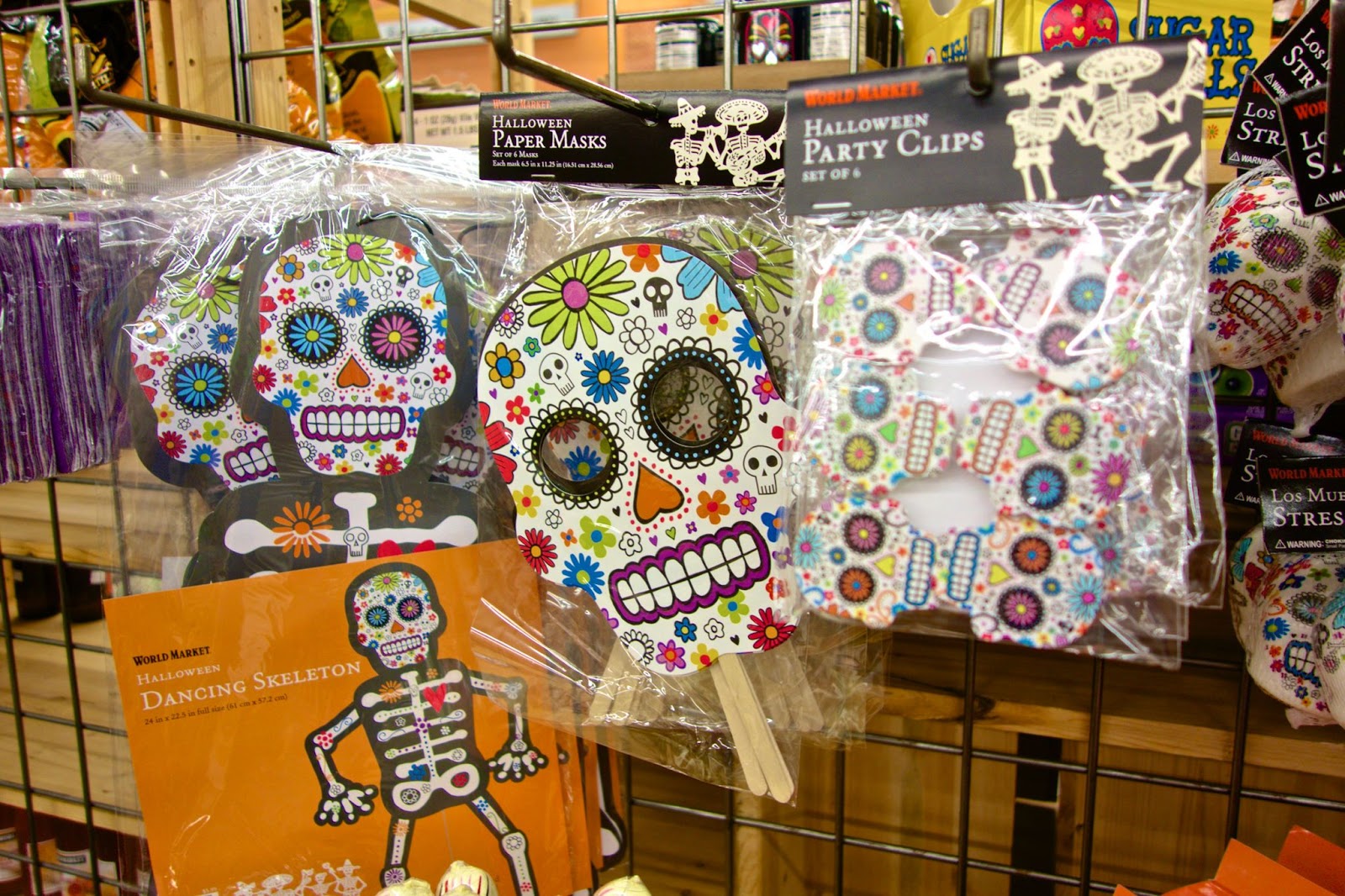 The holiday commemorates the dead, but it also helps to remove the fear of death, by familiarizing it, by decorating it; prettying it up. 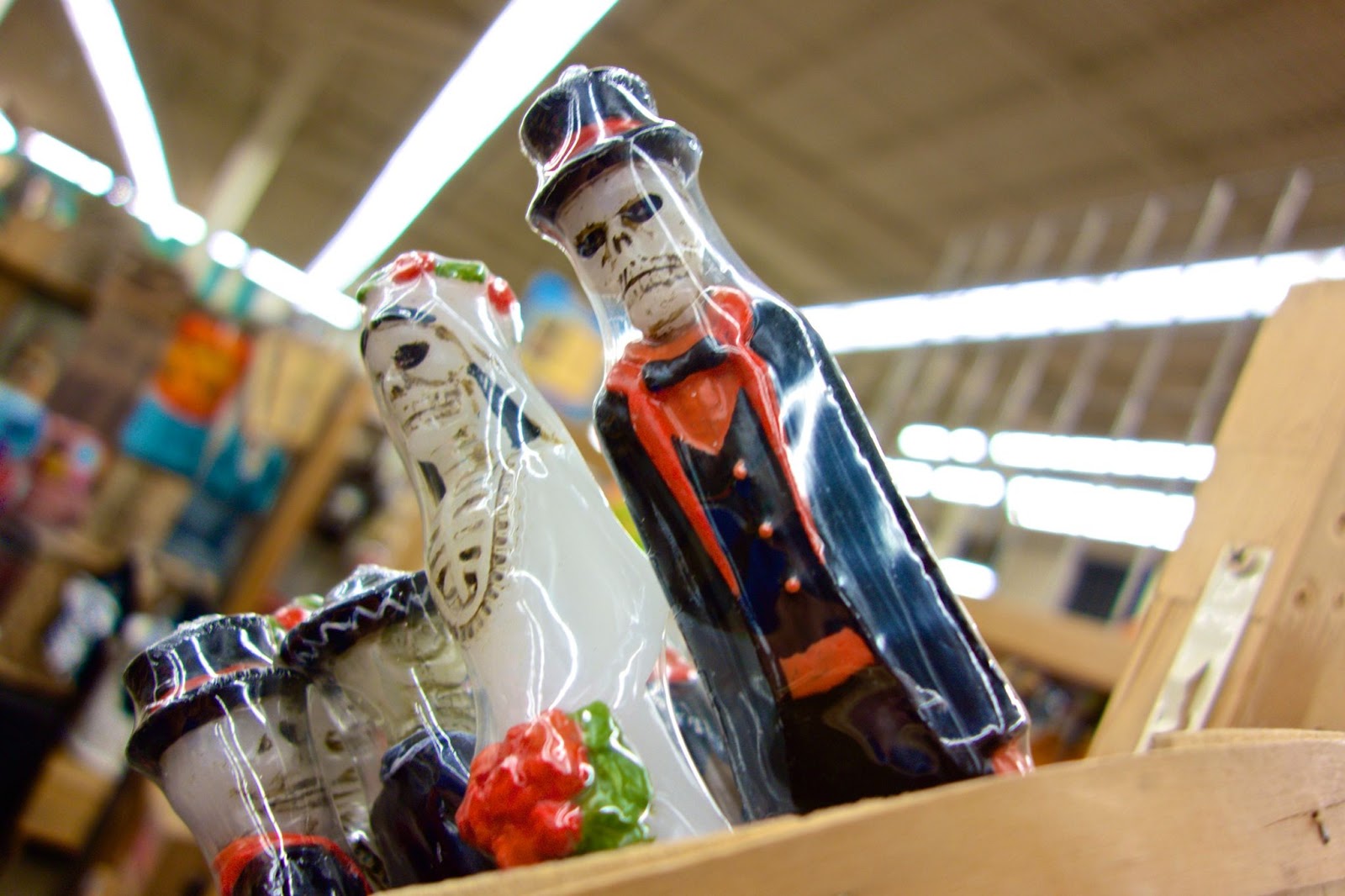 It’s a different emphasis than Halloween. 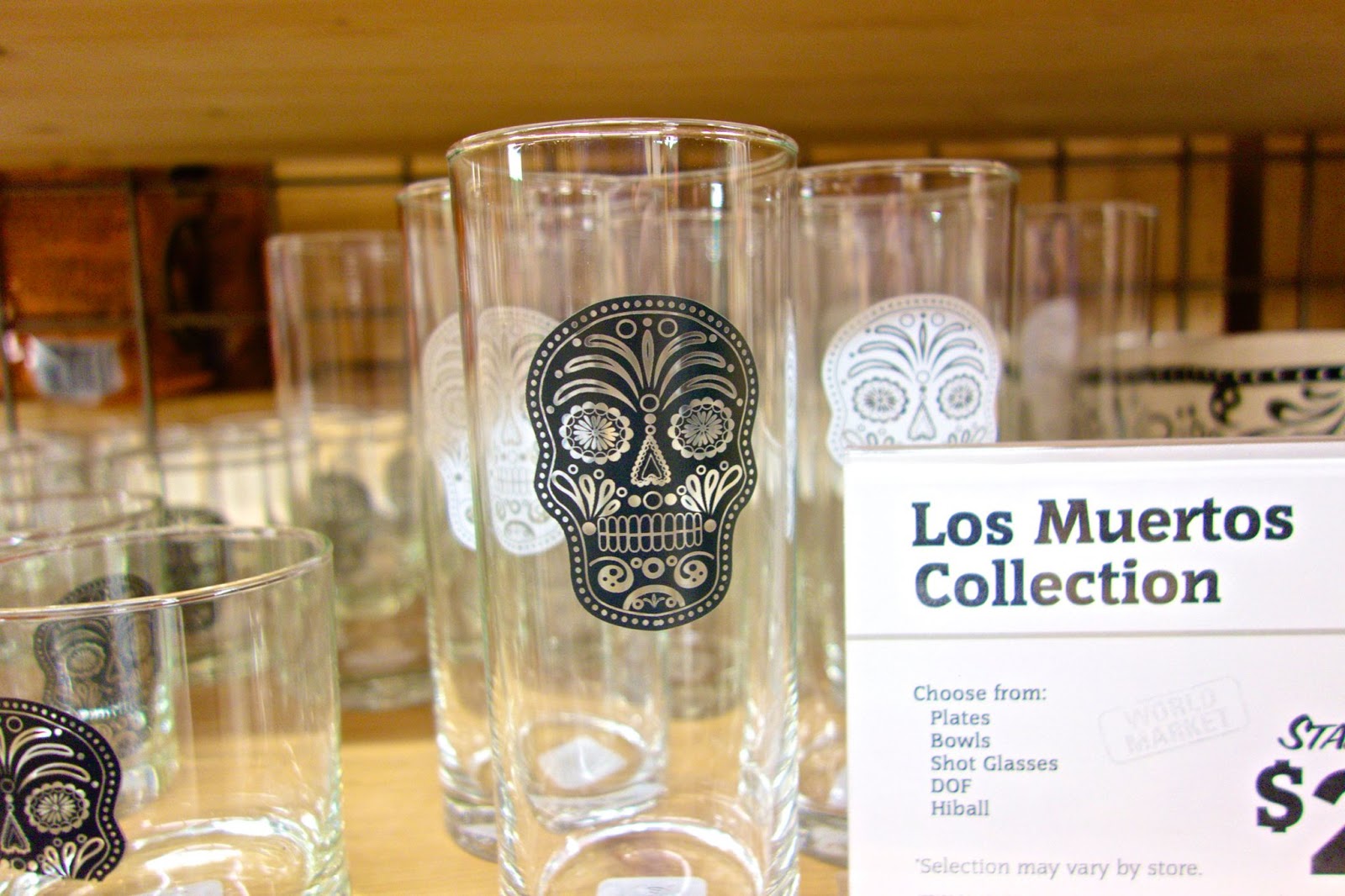 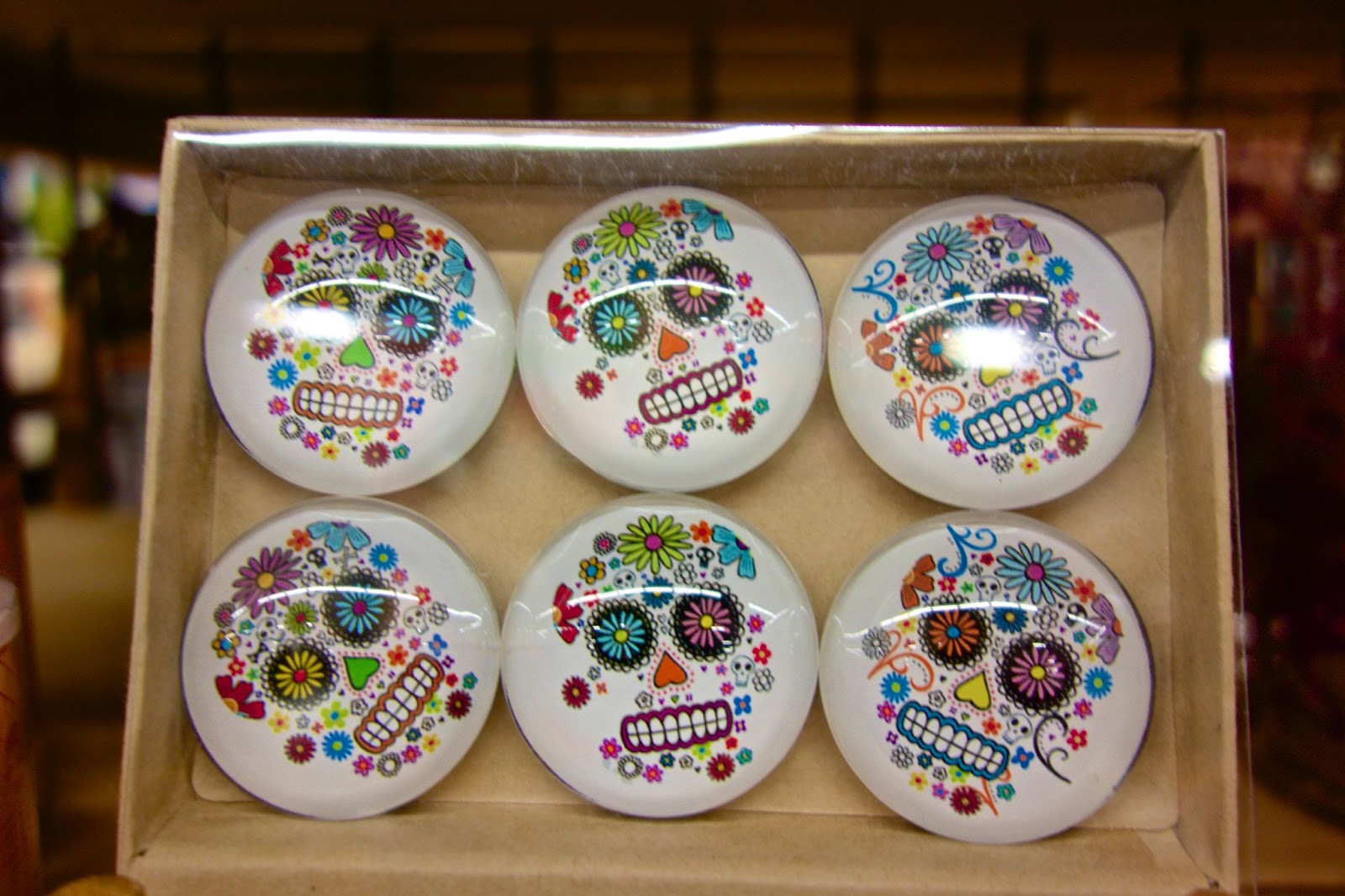 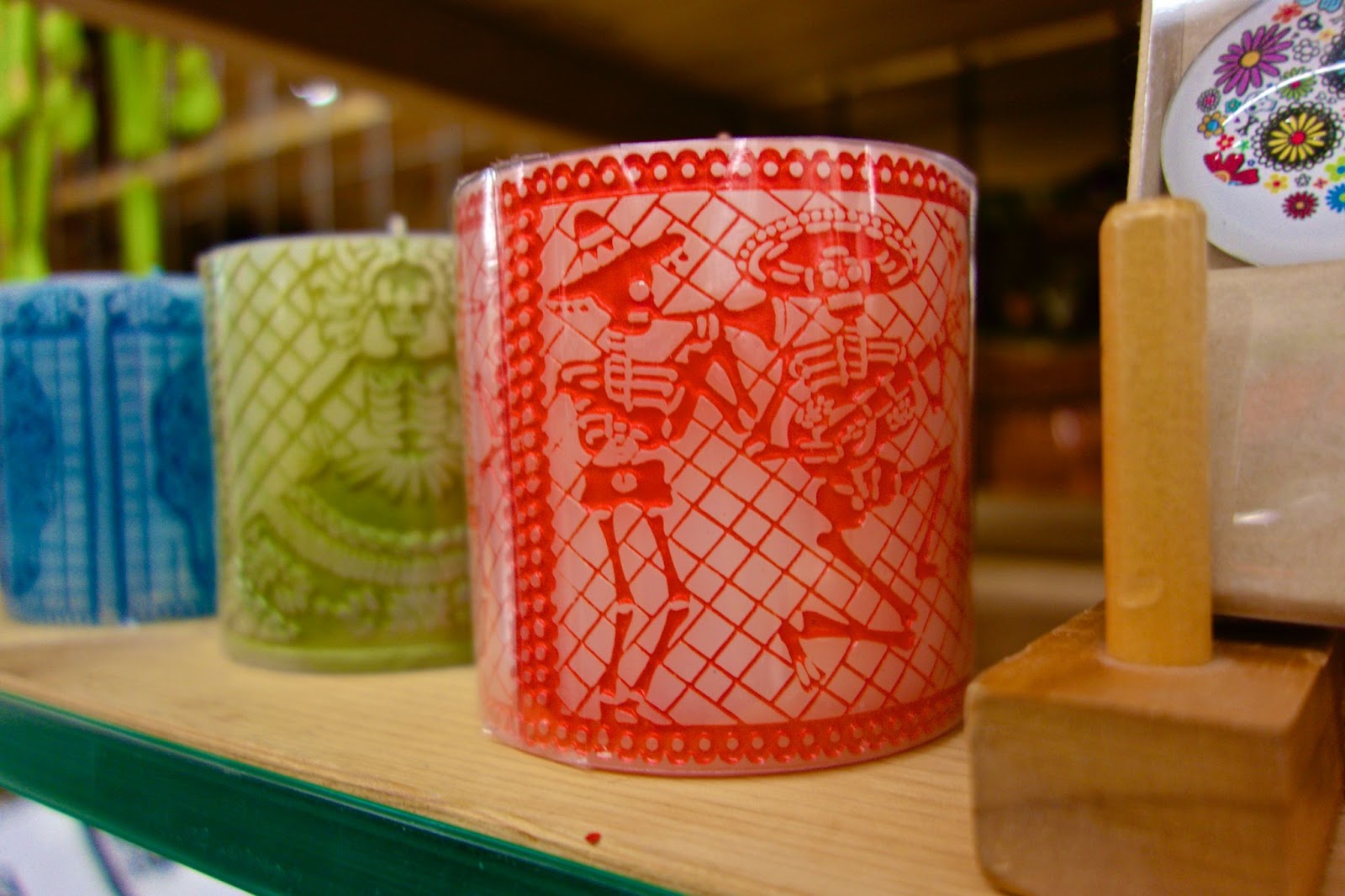 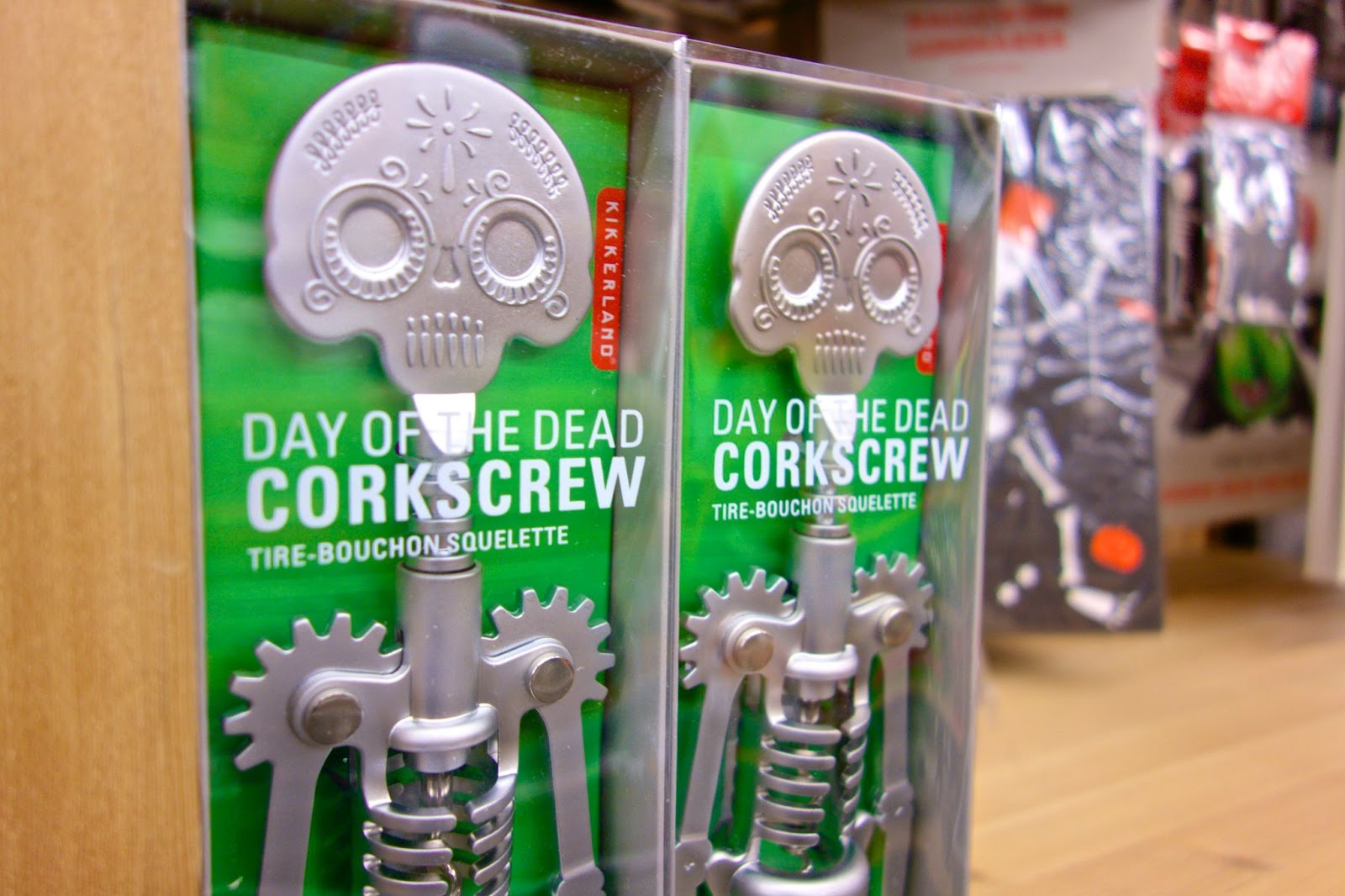 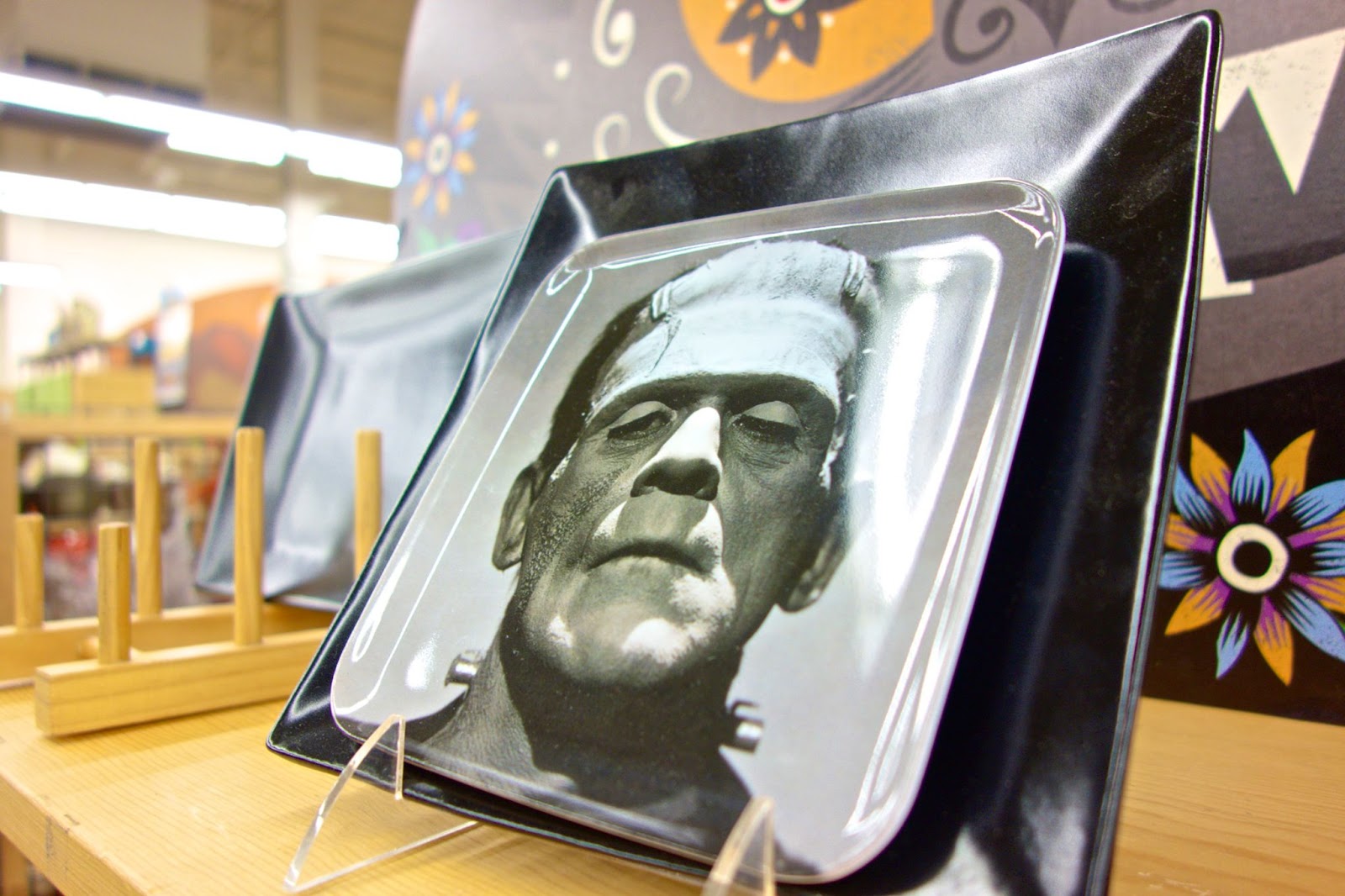 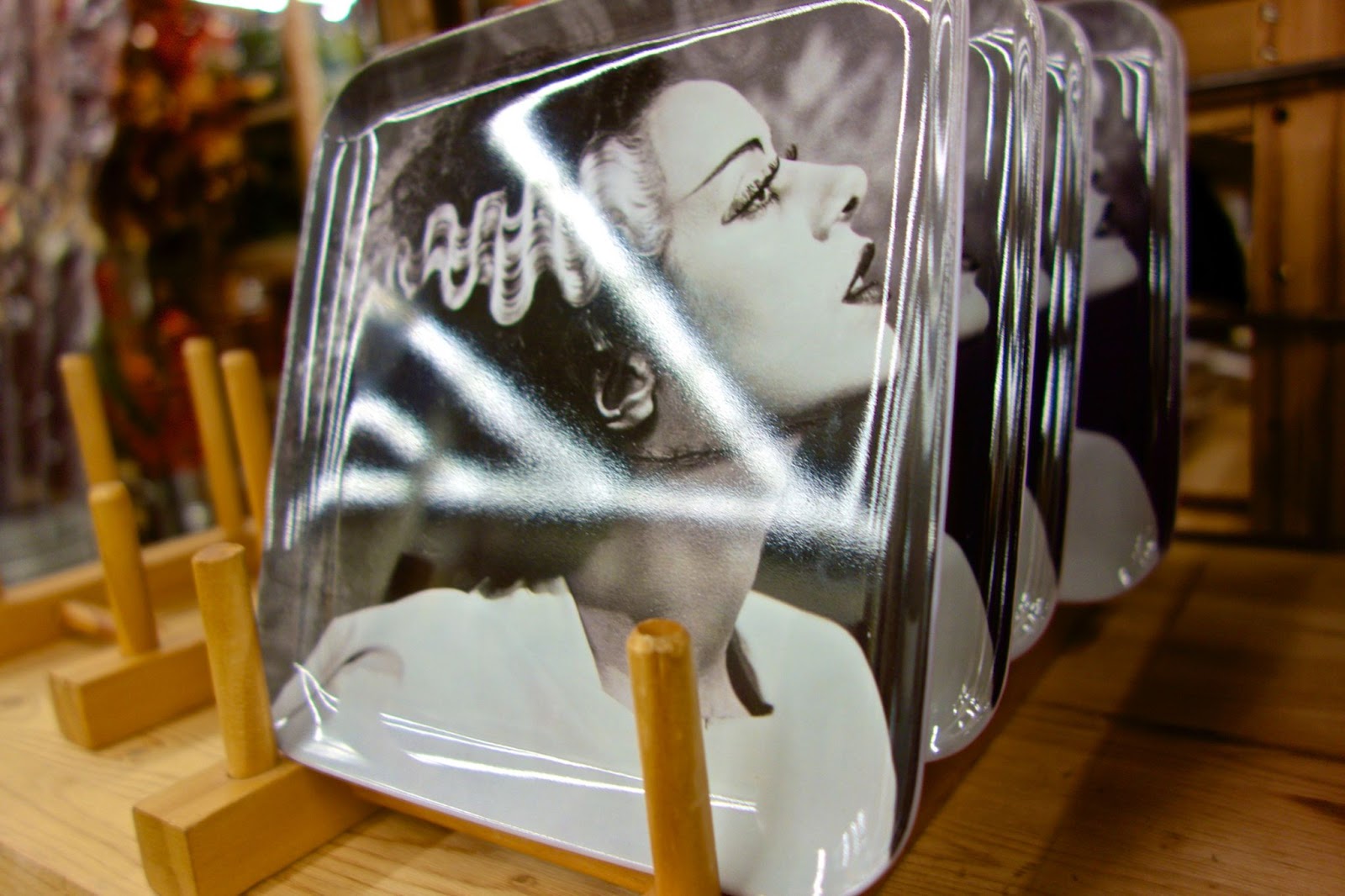 I gather that The Bride of Frankenstein is making something of a comeback these days. When I was a kid she was a second-rate spinoff, on the level of The Creature from the Black Lagoon or The Invisible Man on the scale of classic monsters. Mike Cathcart of the Skull and Pumpkin blog insists the movie is phenomenal, though. Think I’ll try to catch it this Halloween season. 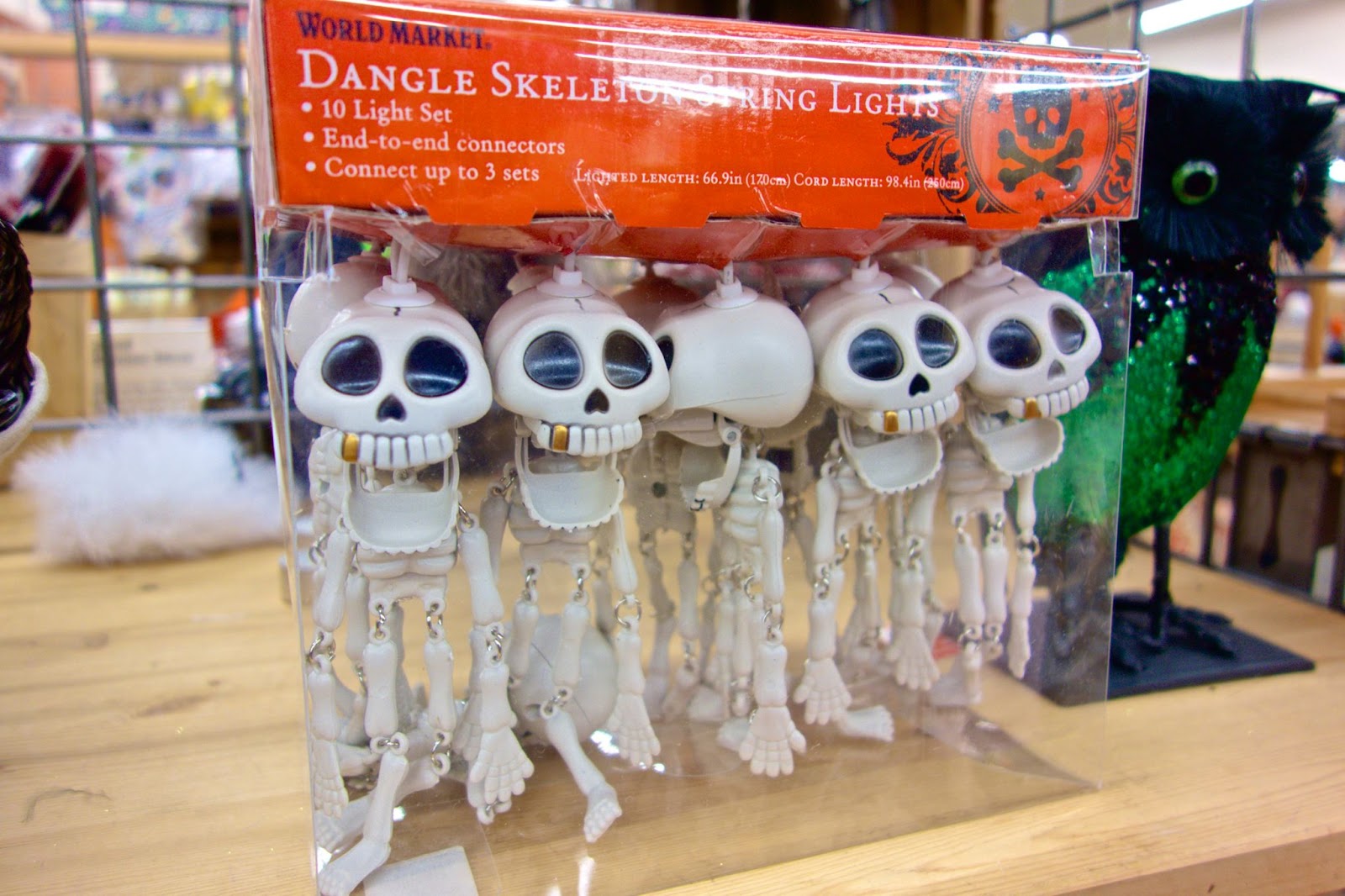 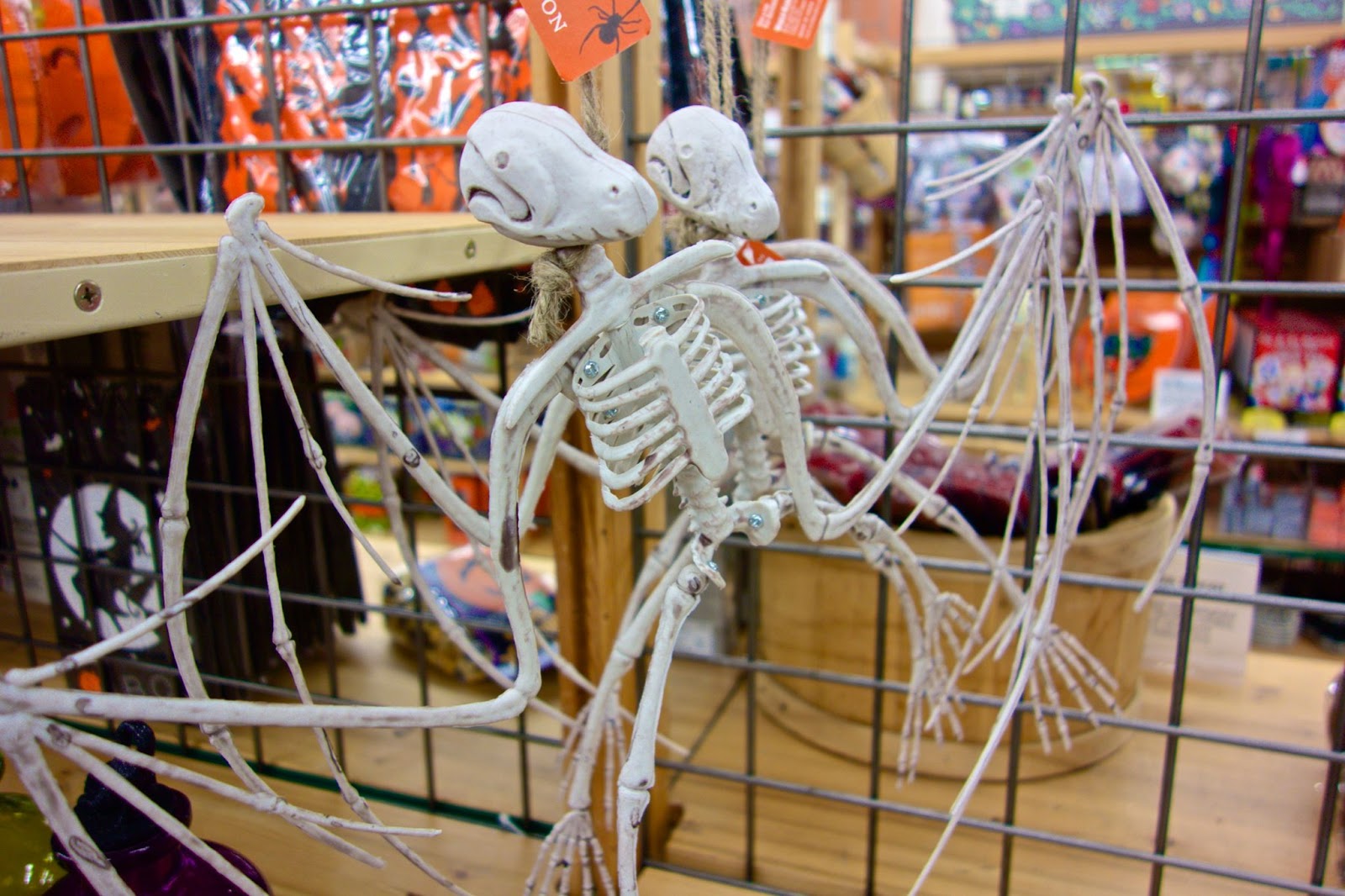 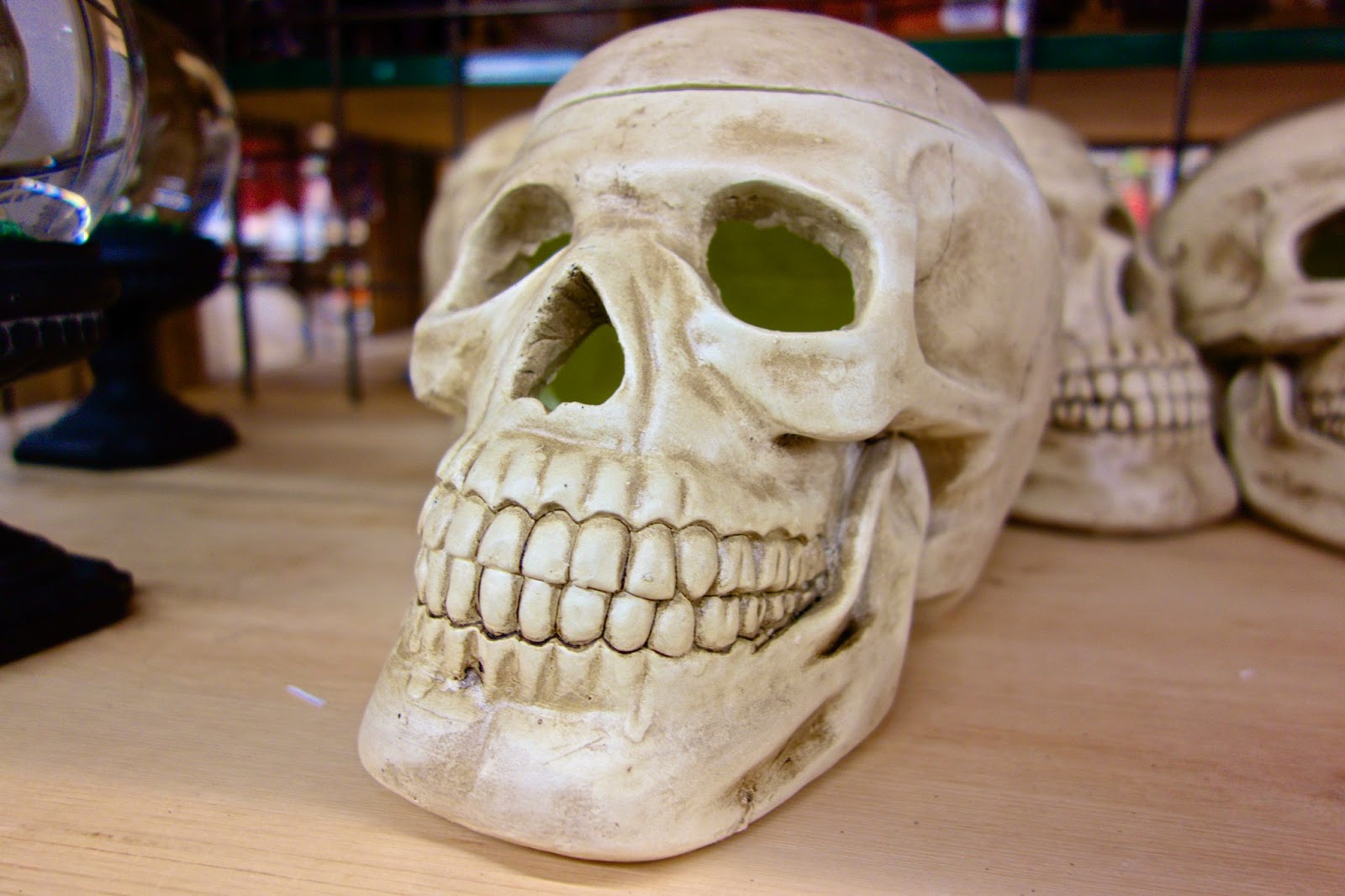 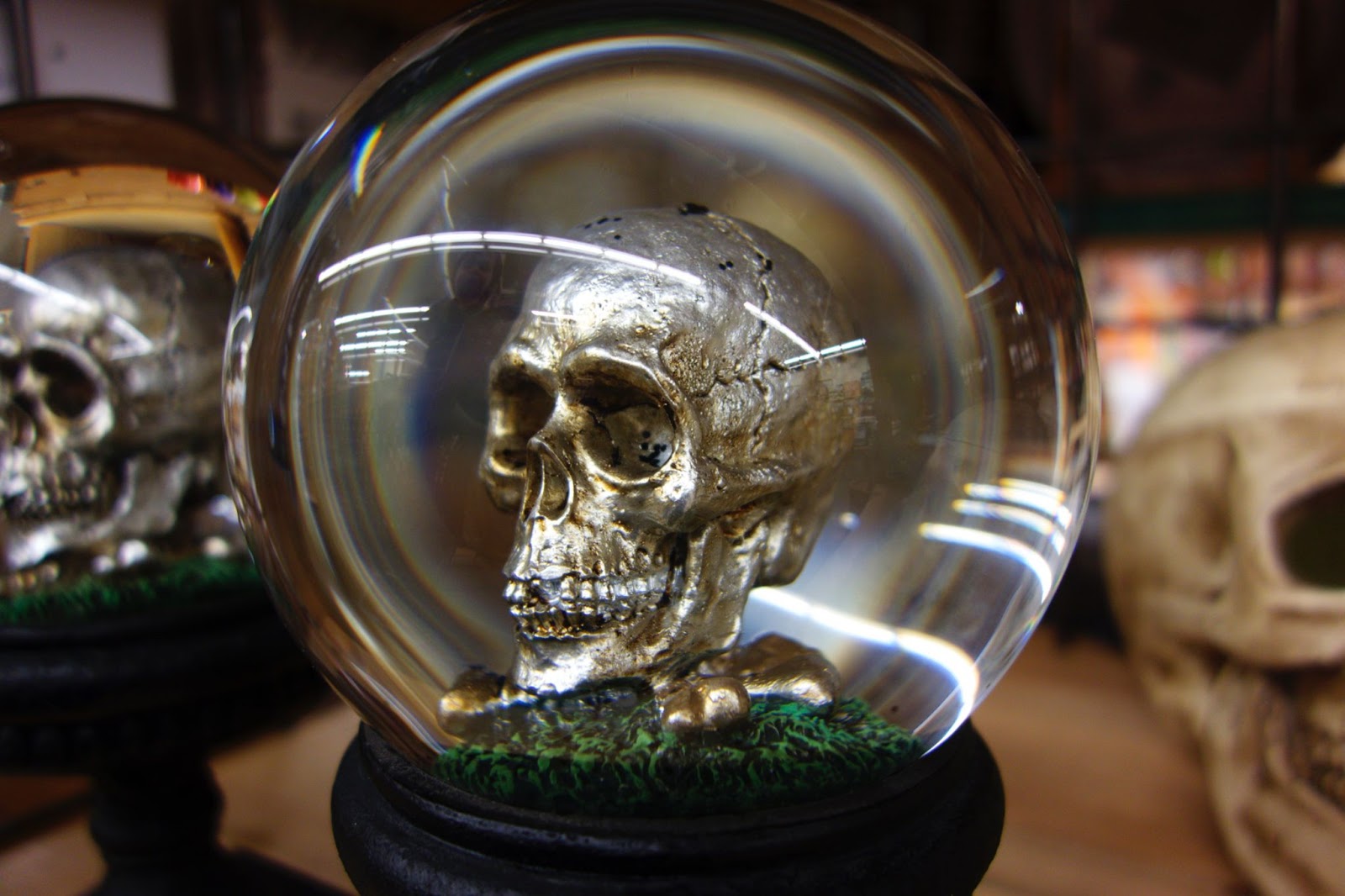 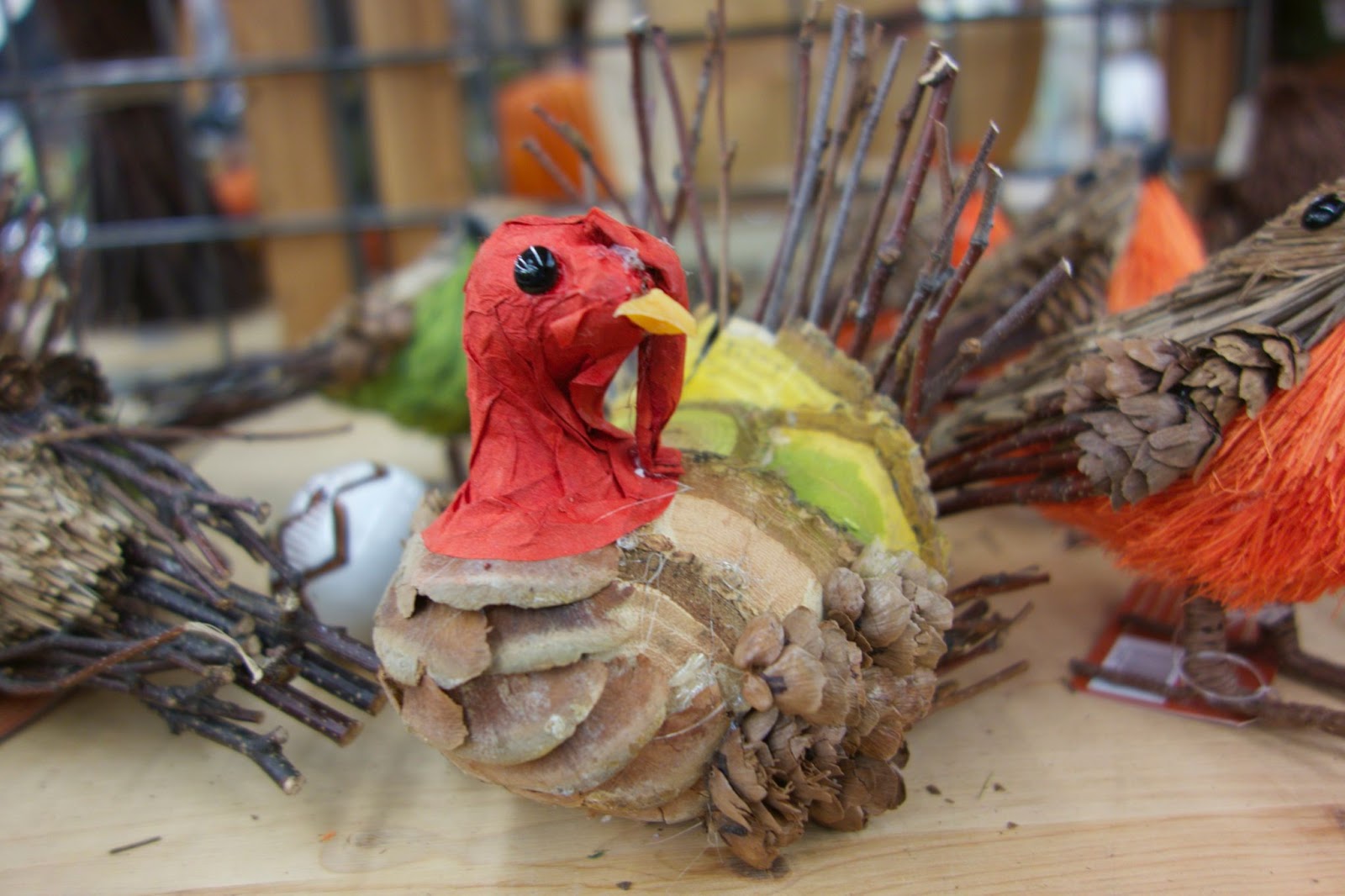 Poor Tommy Turkey. He always has to fight for attention, sandwiched as he is between the two big holidays. Still, though, I’ve been seeing more of him over the last two years on store shelves. Are we in the middle of a Thanksgiving revival? 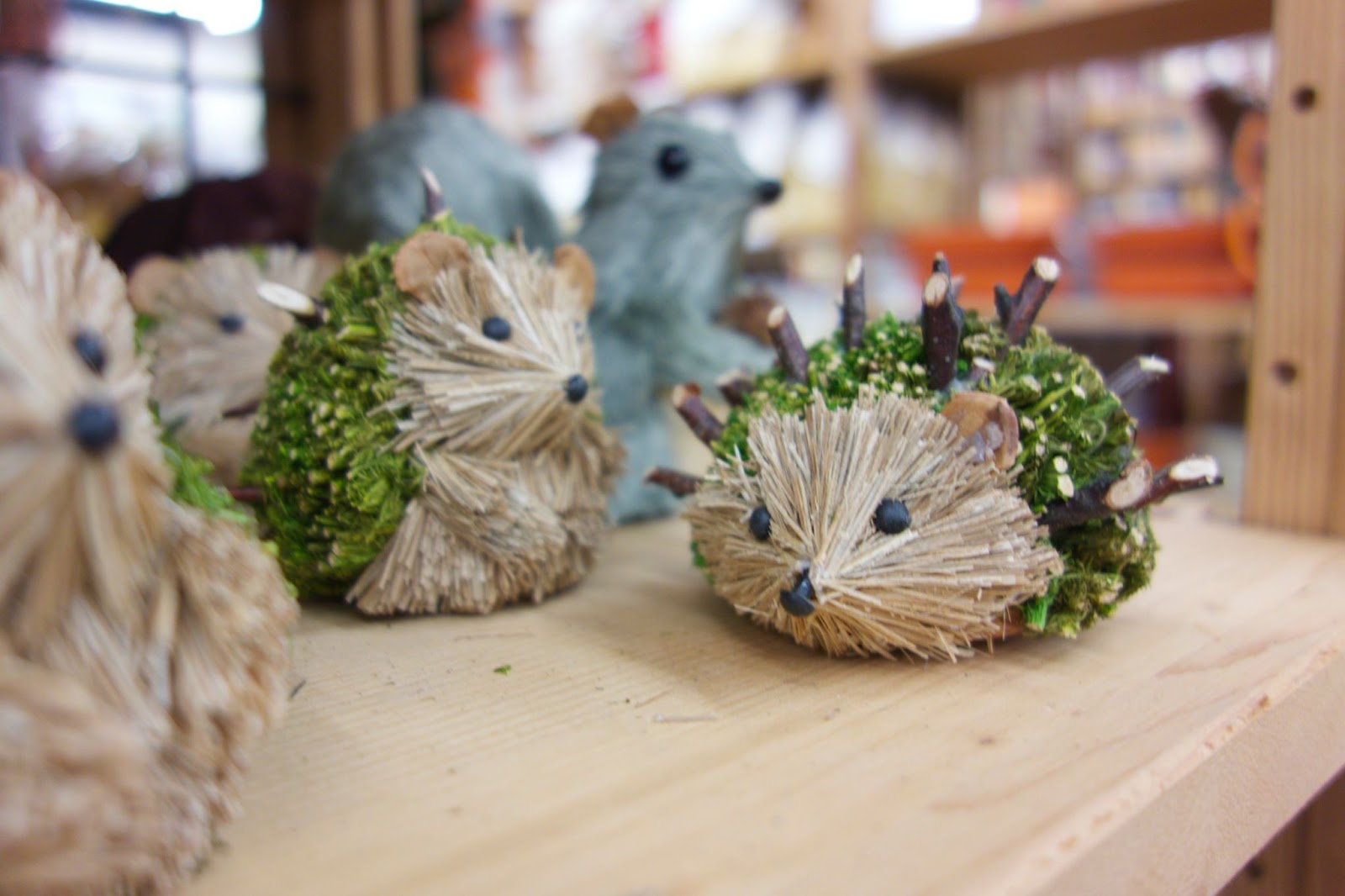 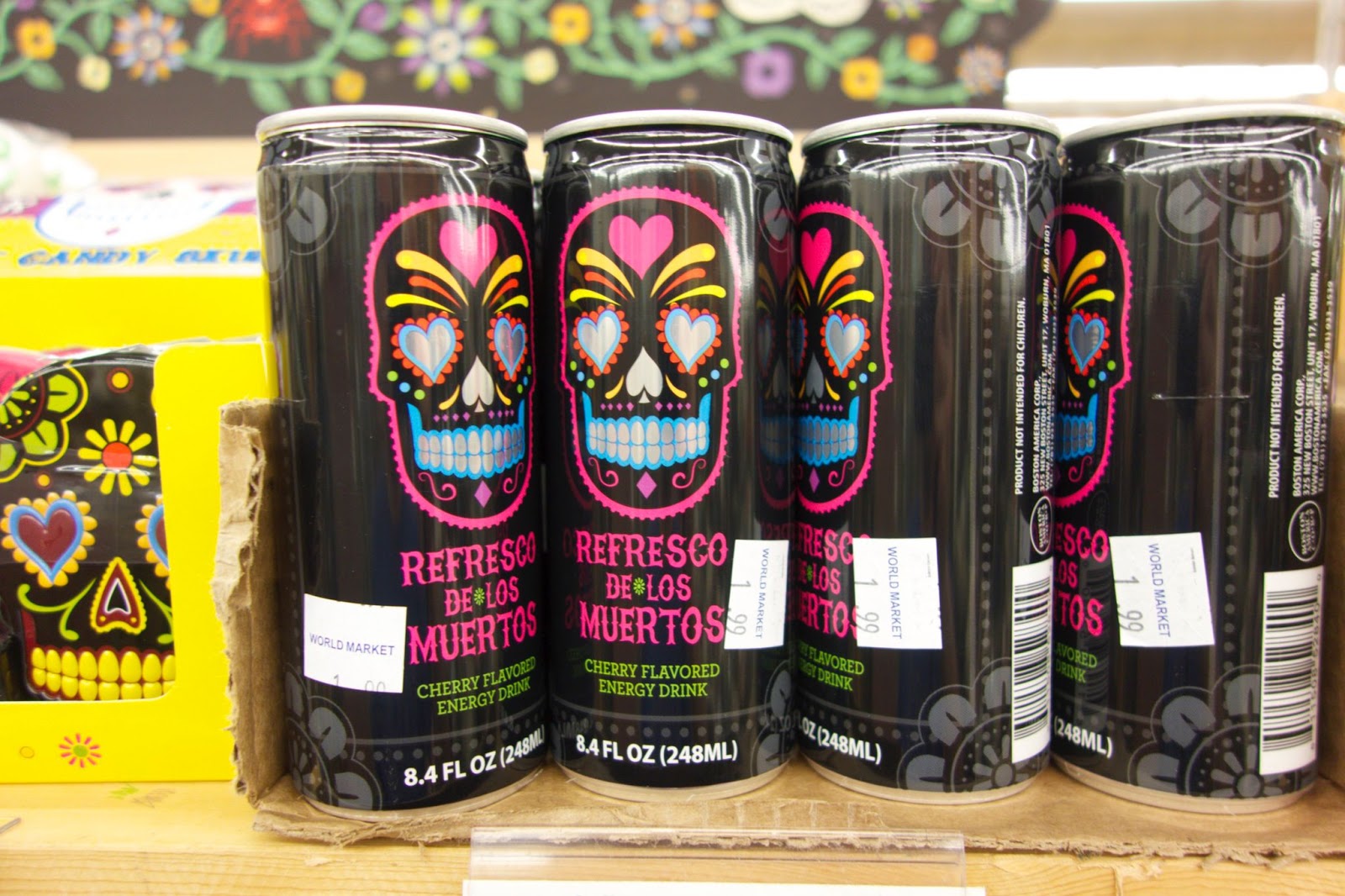 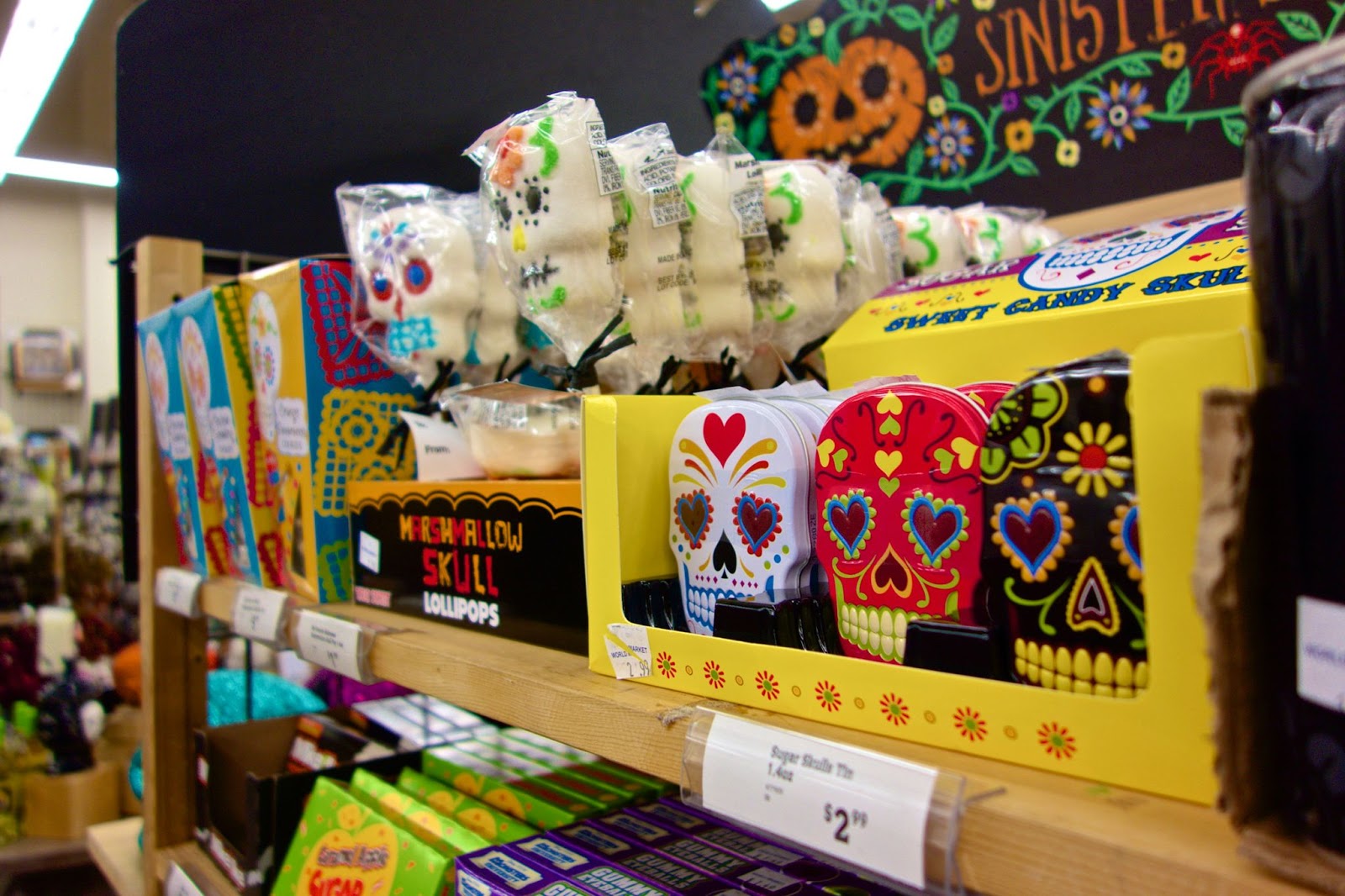 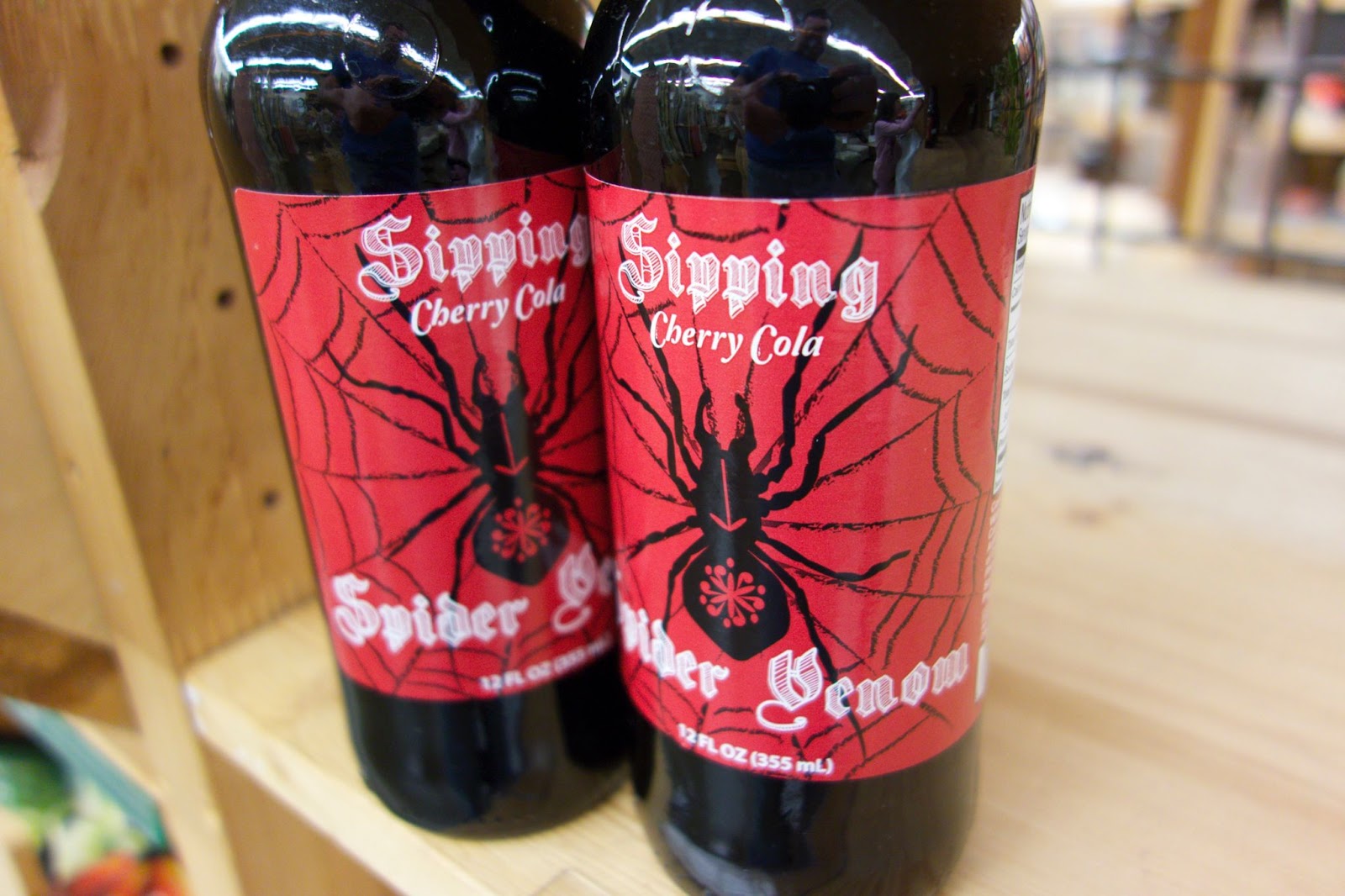 And I leave you with that, some Halloween inspired Cherry Coke. As with a lot of the sodas you find at World Market, the labels are the most memorable thing about them. I still have an empty bottle of Werewolf Ginger Ale sitting on top of the fridge right now, having joined the cast of our regular Halloween decorations.